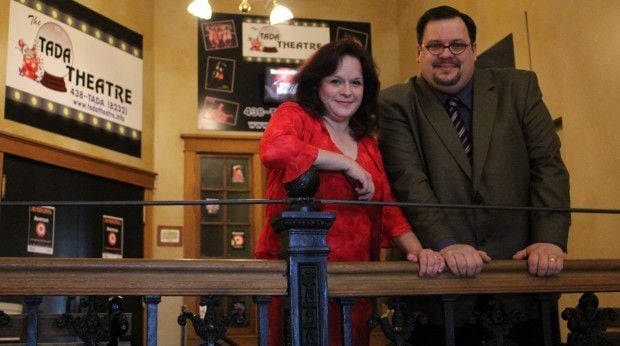 Cris and Bob Rook stand outside the entrance to TADA’s theatre and offices, which are located atop the grand staircase on the second floor of the Haymarket’s Creamery Building. 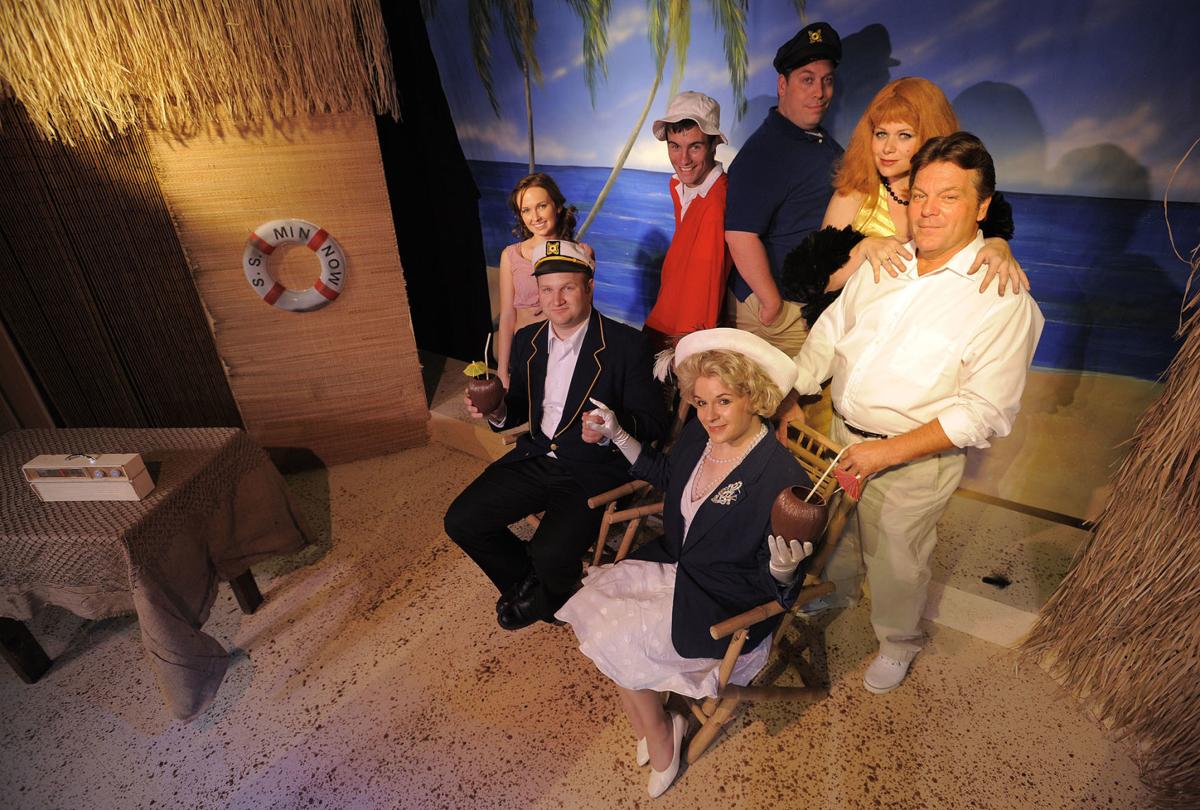 The first performance of “Gilligan’s Island the Musical” at the TADA Theatre. 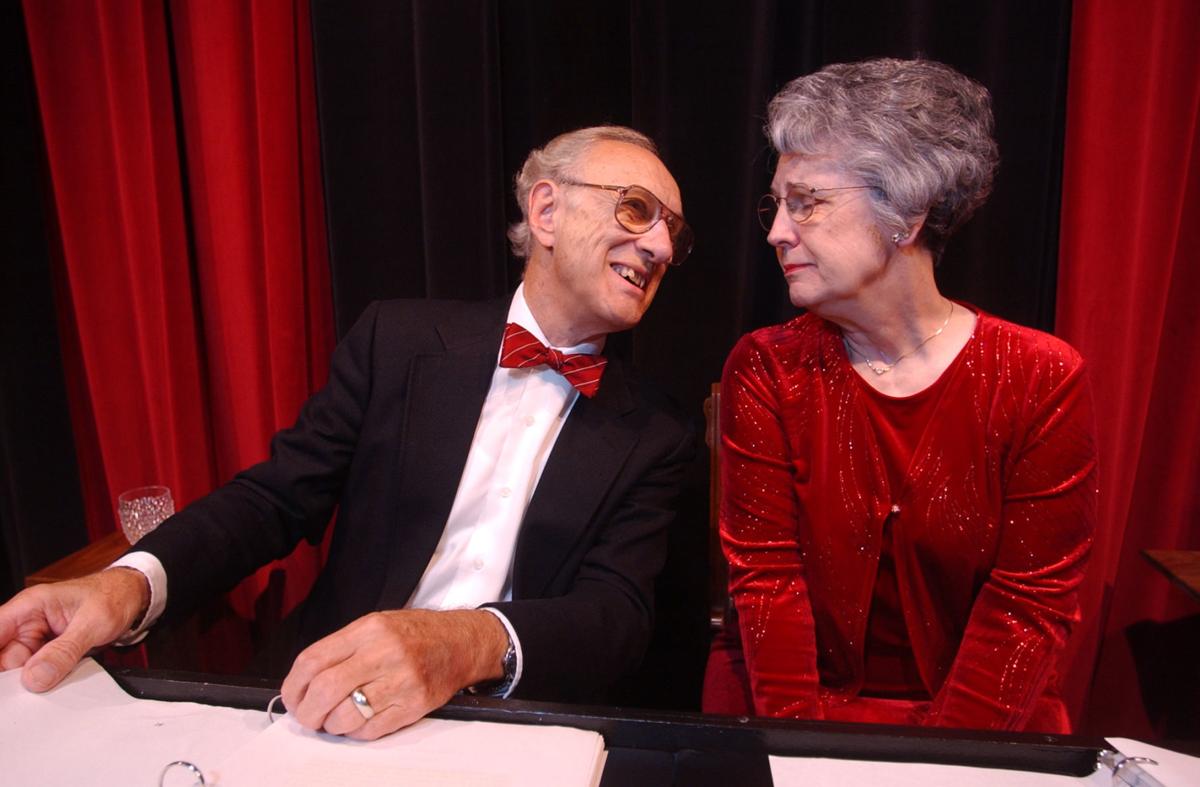 The arts touch a person’s soul in a number of ways. They can take your mind away from a difficult situation. They can make you belly laugh, bawl, scream at the top of your lungs, but they can also relax you.

With that kind of impact on people, “The Arts Deserve Attention” (TADA), and Lincoln is fortunate indeed to have Bob Rook and TADA Productions (now celebrating its 20th year) in the community.

“I tell my casts to remember that one person in the audience needs you each show,” Rook said. “They need to escape; they need to get lost in the story or be entertained. We may never know why, but they do. Do the show for them and for yourself.”

Rook quit clipping reviews a long time ago, and started collecting notes and emails from patrons instead.

“After all, these were the folks we were doing the shows for, not the reviewers,” he said. “They really lift you up and show the power of what theatre can do. One, for example, was from a woman who came to TADA to forget about her chemo treatments for the cancer she was fighting. For the two hours during the show, she laughed for the first time in weeks. These are the perks of the arts, and TADA touches a person’s soul. That’s pretty memorable and makes the hard days in theatre worth it all.”

TADA started as a sole proprietorship by Bob and Cris Rook, and remained that way for many years. There was no board, but a volunteer advisory committee at that time helped them with show selection, other areas of production and connecting with the community. TADA’s first show was done at The Rococo, and then it evolved into a touring company, performing in several performance spaces including The Lied Center, Pinewood Bowl, Kimball Recital Hall, Brownville and The Loft at the Mill before finally building its own space 10 years ago in The Creamery Building.

When the TADA Theatre was built, the company was turned into a nonprofit 501(c)(3) and was overseen by a board of directors. The Rooks did this so that TADA could also be eligible for grants, donations, and so the company could continue if the Rooks decided to step down.

A couple of those early supporters, Henry and Phyllis Blanke, were the voice of reasoning, experience, encouragement and motivation. Henry Blanke was instrumental in founding TADA. He was also a cheerleader. Both he and Phyllis died in September of this year.

“If he liked a show, you knew you had done a good job,” Rook said. “He watched every element of the show and was someone that I could personally call at 2 a.m. to run an idea by, and he would be happy to talk about it. When we built the TADA Theatre, he was instrumental in that as well.”

Current board president Rod Fowler said that Bob asked him if he and his co-anchor (KLKN) at the time would be in a fundraiser for TADA. They said “yes” and performed in the “Wizard of Oz,” and he eventually joined the board.

“As a board, we want the end goal with TADA to be a "win-win-win" situation: Picking a quality product featuring our great local actors and singers, but also have it be an affordable chance for people to get away and witness the live arts, up close and in our beautiful theatre,” Fowler said.

Rook added that TADA got its start as an alternative theatre company when the creators of “Jekyll and Hyde: the Musical” reached out and were looking for a company to do the regional premiere of their show.

“Twenty years ago, there were not as many theatre opportunities as there are now, so it was created as an alternative performance outlet for actors and designers,” Rook said. “Not to compete, but to offer more opportunities and to produce productions that patrons may not be seeing elsewhere.”

After Jekyll and Hyde, things began taking off and TADA continued for several years as an outreach theatre company doing shows at an array of locations. It partnered with several groups including Lincoln’s Symphony Orchestra, Lincoln Parks and Recreation at Pinewood Bowl, The International Quilt and Study Center, the Lied Center and UNL. It also toured shows around the Midwest.

The relationship between UNL and TADA has also helped the theatre grow. Being down the street from UNL, many music students and faculty have done shows with TADA. This gives students a chance to work alongside theatre professionals. Rook said he feels this has been a large part of TADA. UNL’s William Shomos is one of those talents that has been involved a few times with TADA, including in “Man of La Mancha.”

“TADA is special to the community, because it gives local performing artists the opportunity to volunteer their talent in a very intimate setting before audiences that love the material they are presenting,” Shomos said.

Another local talent, Michael Tully, first collaborated with TADA as Gaston in “Beauty and the Beast” at Pinewood Bowl back in 2005. “TADA Theatre is special to the community in that it provides quality staged musical productions for the enjoyment of the city of Lincoln and beyond,” Tully said.

Rook added that the vision for TADA was to offer quality, affordable theatre, and it has continued to do that over its 20 years.

“TADA means ‘The Arts Deserve Attention,’ and with that part of our vision was to put focus on the arts themselves and the talent we had in our city,” Rook said. “As the company grew, we found ourselves finding the rather unique opportunity working directly with Broadway show creators on regional premieres.”

What’s ahead for TADA? Rook said it’s hard to look at the next five or 10 years, but as for now those associated with TADA want to enjoy where they are and what brought them here. They’ve had over 300 actors and countless designers as a part of their journey. They’ve received the Mayor’s Arts Award from the City of Lincoln and an Impact Award for downtown development from the Downtown Lincoln Association.

“Our shows have a great demographic ranging from patron ages in their teens to 80s,” Rook said. “It’s great to see these people sitting in the theatre together and all enjoying the same thing. We are also blessed that many friendships were started here at TADA, and that many laughs have been shared over the years; and yes, a few tears. We are grateful to Lincoln and all those who are part of the magic of TADA.”

In 1999, Tyler Goodrich White premiered his first opera, an adaptation of Willa Cather’s novel of life on the 19th century Nebraska prairie “O…

Nebraska Wesleyan University's newest building is still a few months from celebrating its one-year anniversary of being open to students.

Welcome to the age of collaboration, community-theater style.

Cris and Bob Rook stand outside the entrance to TADA’s theatre and offices, which are located atop the grand staircase on the second floor of the Haymarket’s Creamery Building.

The first performance of “Gilligan’s Island the Musical” at the TADA Theatre.