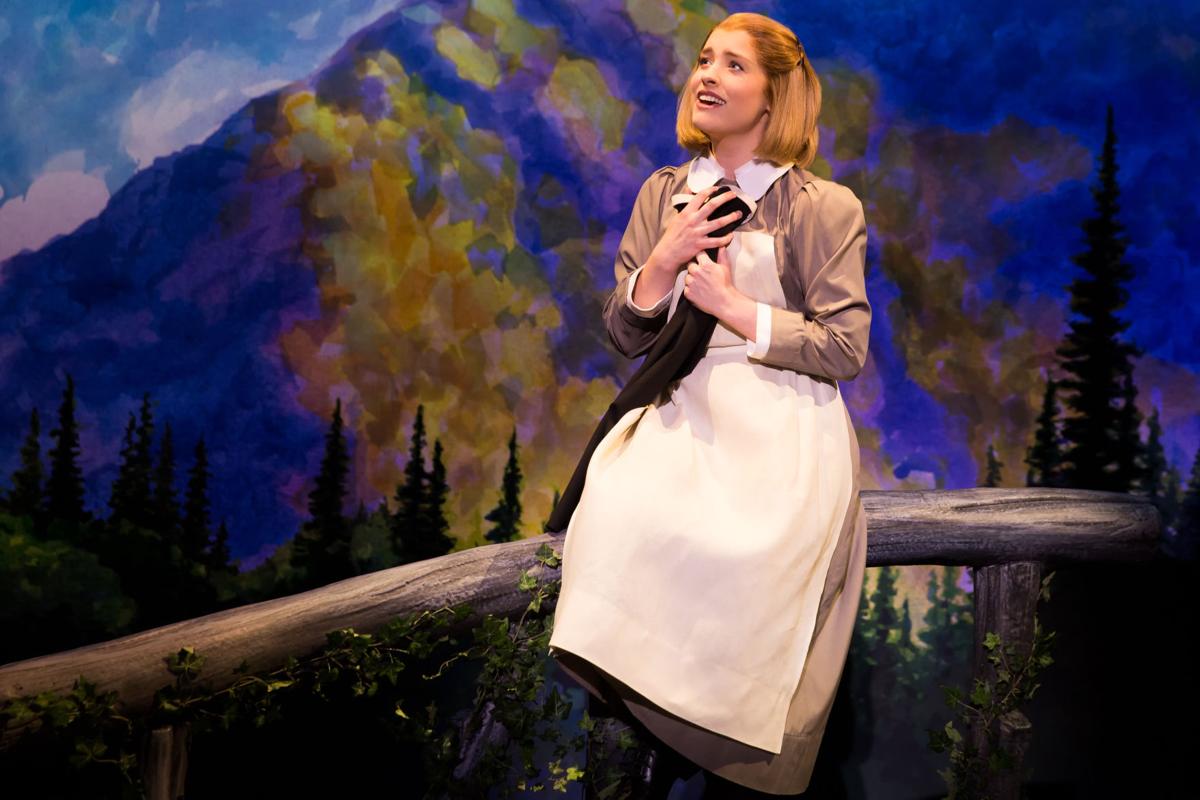 The hills are alive with Jill-Christine Wiley as Maria Ranier in the touring production of "The Sound of Music." 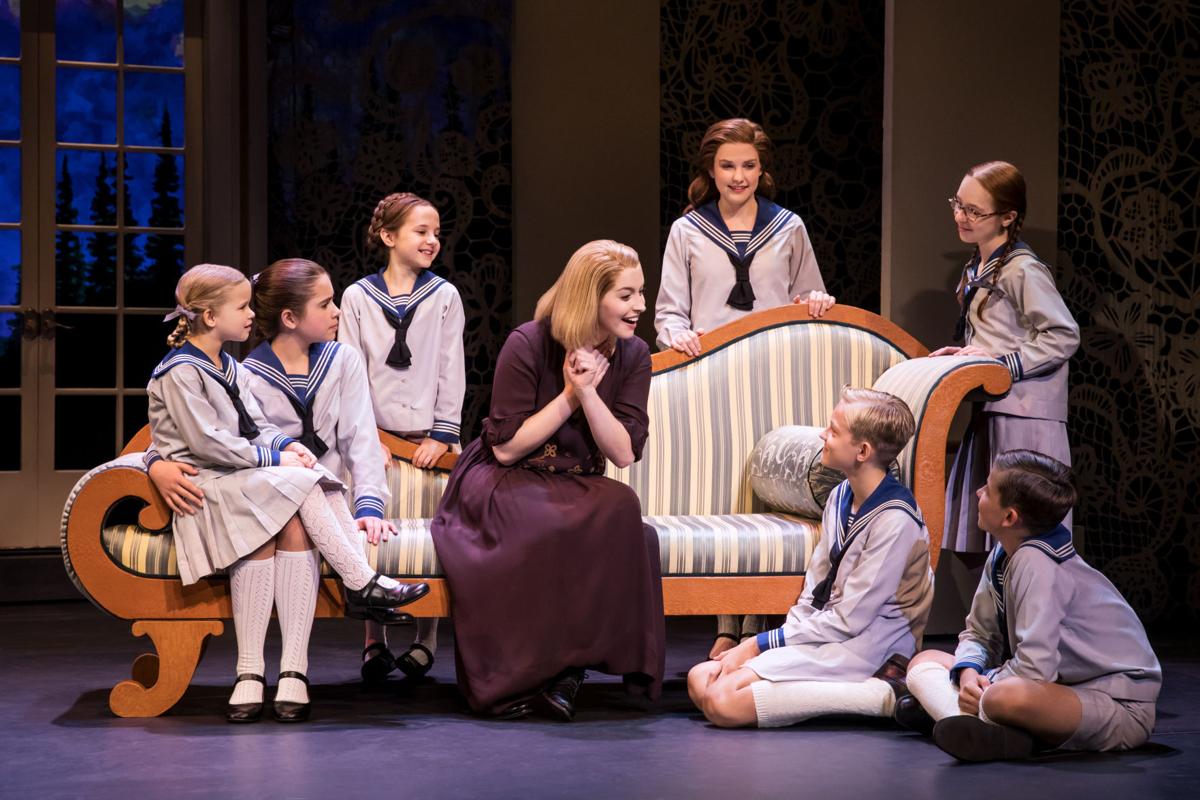 Jill-Christine Wiley as Maria Rainer and the von Trapp children. Keslie Ward is Leisl and Chad P. Campbell plays Rolf in "The Sound of Music." 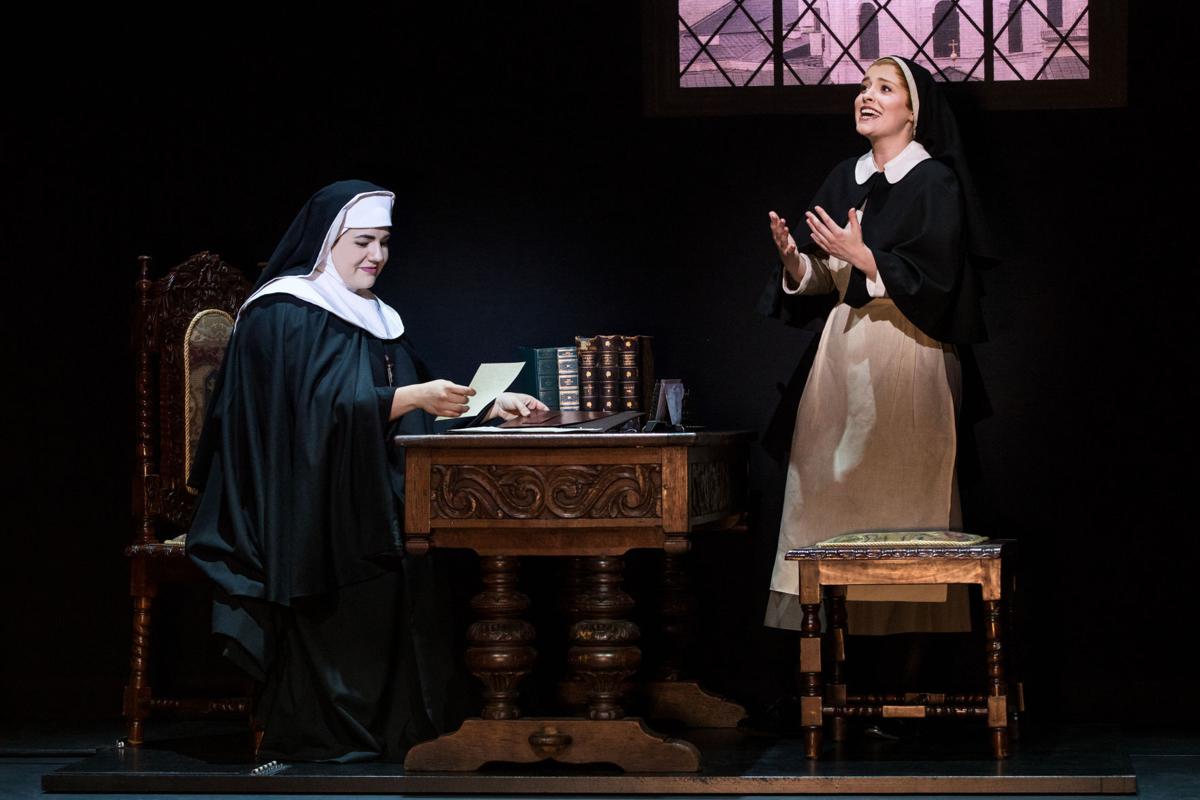 Lauren Kidwell is the Mother Abbess who counsels Maria, played by Jill-Christine Wiley, in "The Sound of Music." 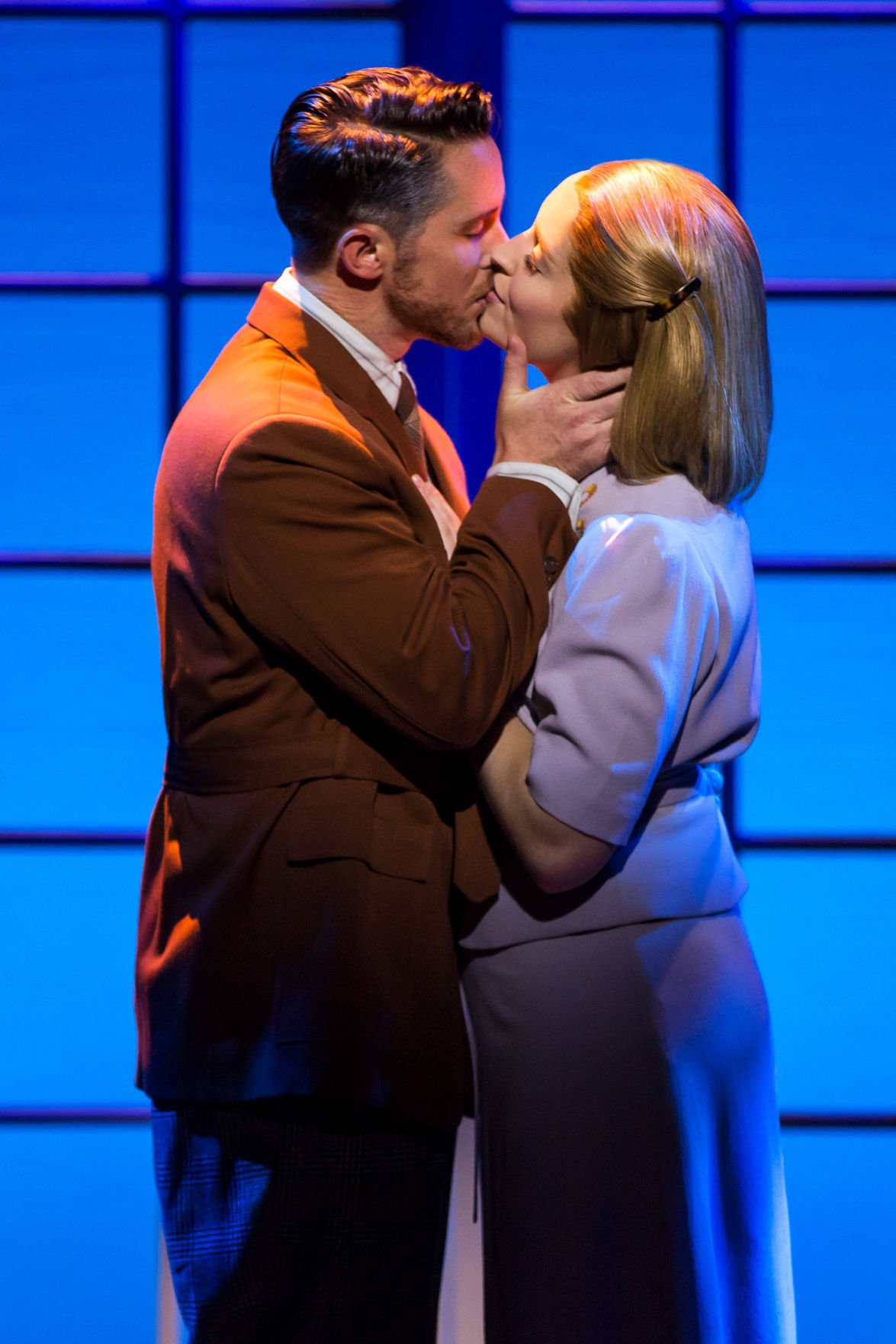 Mike McLean as Capt. von Trapp and Jill-Christine Wiley as Maria share a kiss in "The Sound of Music."

When asked if she would like to meet Julie Andrews one day, Jill-Christine Wiley didn’t hesitate with an answer.

“Um, yes, absolutely,” said Wiley, who plays Maria in a touring stage production of “The Sound of Music,” the role Andrews made iconic in the 1965 Academy Award-winning film. “I look at the cities we go to and wonder how far away she may live from them.”

As a young girl, Wiley performed as Marta, the sixth of the seven von Trapp children, in a community theater production of the musical. That’s when she penned a fan letter to Andrews, receiving an autographed photo of the actress in response.

It’s a headshot, showing Andrews with the bobbed hairstyle she wore in the 1980s, Wiley said. Today, Wiley travels with the photo, propping it up at her station prior to her performances. She’ll be at the Lied Center for Performing Arts for five shows of “The Sound of Music,” beginning Friday night.

“I don’t know how I would respond if I met her,” Wiley said in a phone interview from a tour stop in Springfield, Missouri. “I probably would start sobbing. ‘The Sound of Music’ is part of the soundtrack of my life. I grew up listening to her and watching the shows she was in. She’s so iconic. I’m guessing it would be surreal.”

Wiley will be making a second trip to Lincoln. When in high school, she attended the International Thespian Festival, hosted annually by the Lied Center and the University of Nebraska-Lincoln.

She also has another Lincoln connection. Growing up in Lancaster County, Pennsylvania, she often performed at the Fulton Theatre, where she took classes as a youngster from Rhonda Lake, who worked there after leaving as managing director of the Lincoln Community Playhouse. Lake now is an academic adviser at Doane College in Crete.

At the Fulton, Wiley appeared in another production of “The Sound of Music,” performing in the ensemble and as an understudy for Liesl, the oldest of the von Trapp children. Playing Maria seems like a natural progression for her.

“Stepping in the shoes of Maria and working with this creative team … we’re trying to bring a whole new light to the show,” she said. “There are so many positive aspects about it. At the center of it is family values and about fighting for what’s right and fighting for love.”

Set in Salzburg in 1938, “The Sound of Music” is Rodgers and Hammerstein’s musical about a young Austrian woman studying to become a nun who is sent to the villa of a retired naval officer and widower to be governess to his seven children. The Rodgers and Hammerstein score includes some of the most well-known songs in musical theater history, including “My Favorite Things,” “Do-Re-Mi,” “Climb Ev’ry Mountain” and “Edelweiss.”

“Every week it changes,” she admitted. “I like ‘Do-Re-Mi’ because it’s the first time Maria and the children come together and form a connection. But right now it’s my duet with the Captain, ‘Something Good.’ It always gets a reaction from the audience. Maria and the Captain finally get together and admit they love each other.”

“The Sound of Music” is Wiley’s second national tour. Four years ago, after completing her sophomore year at Pace University in New York City, she was offered her first tour, understudying Belle in Disney’s “The Beauty and the Beast.” She eventually played Belle in an Arizona Broadway Theatre production. She also performed Ariel in “The Little Mermaid” at Arizona Broadway Theatre.

“I've gotten to do a few of my Disney princess dream roles,” Wiley said. “The running joke is ‘Who am I going to do next?’”

When she’s not onstage, she makes her home in New York City, where she’s been collaborating with friend and music director Matthew Glover on a solo show, “I’ll Be Seeing You: A Story of Hope, Love and Change.” A cabaret venue picked up the show, but Wiley and Glover had to push back its premiere when Wiley booked “The Sound of Music” national tour, which concludes in June.

“We thought it would be neat to come up with a show we could pitch to cabaret venues and cruise ships,” Wiley said. “Once a week we would meet and I would sing some of my favorite songs, which led to medleys, different arrangements and harmonies.”

For now, Wiley's enjoying touring the country and playing Maria, taking her photo of Julie Andrews with her to every stop.

What: "The Sound of Music"

Your guide to 2018 winter/spring entertainment in Lincoln

Over the next five months, Lincoln will be home to top-shelf entertainment, from Jane Lynch performing with Lincoln's Symphony Orchestra at th…

The touring production of the Bartlett Sher-directed “The King and I” will stop in Omaha for eight performances, beginning Tuesday.

Check out the arts scene on the UNL campus

It is so easy to forget how vibrant the arts scene is on the University of Nebraska-Lincoln campus. Independent films, world-class performers,…

The hills are alive with Jill-Christine Wiley as Maria Ranier in the touring production of "The Sound of Music."

Jill-Christine Wiley as Maria Rainer and the von Trapp children.

Keslie Ward is Leisl and Chad P. Campbell plays Rolf in "The Sound of Music."

Lauren Kidwell is the Mother Abbess who counsels Maria, played by Jill-Christine Wiley, in "The Sound of Music."

Mike McLean as Capt. von Trapp and Jill-Christine Wiley as Maria share a kiss in "The Sound of Music."