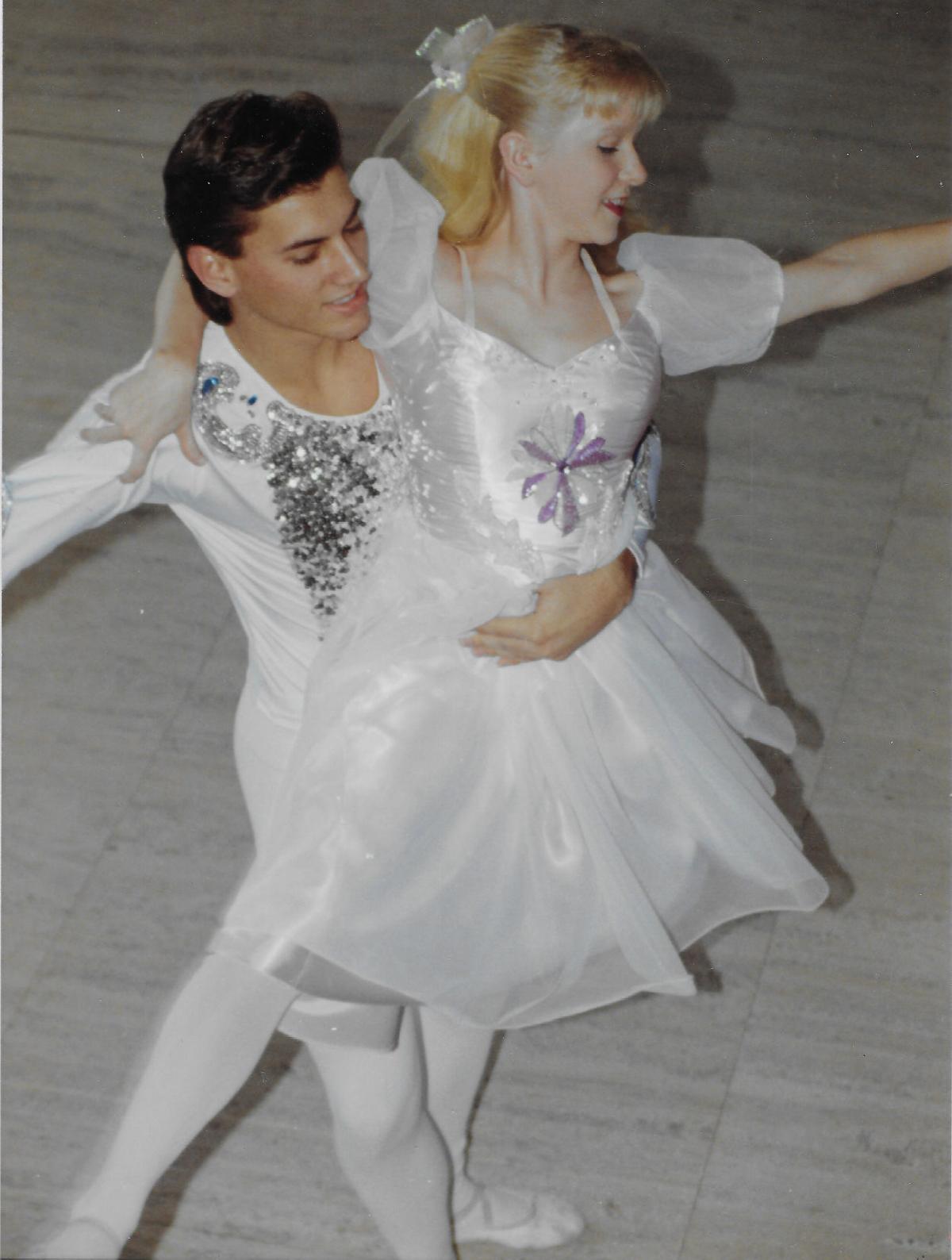 Jarrod Ronhovde as Nutcracker and Hilary Johnson as Clara in December 1989. 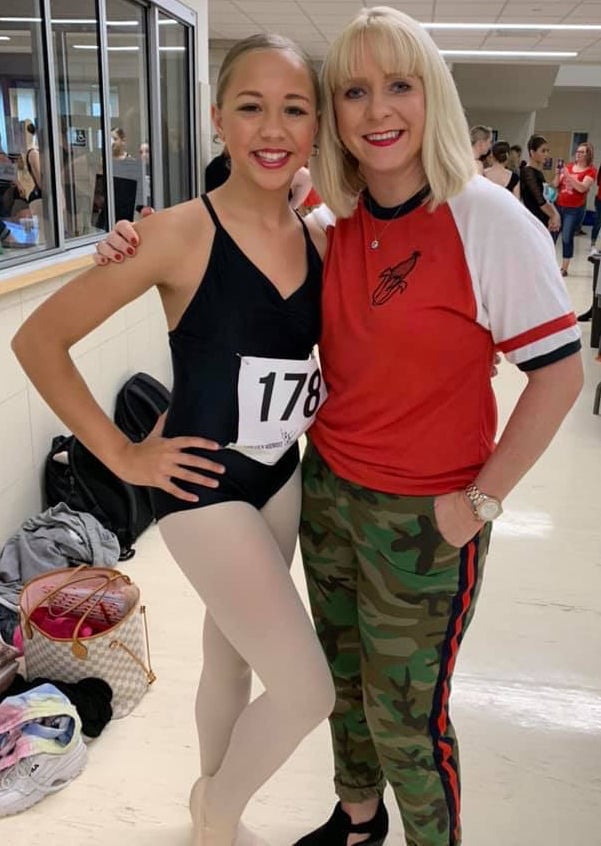 Hilary Johnson (right) with her daughter, Karmi Jay, at the 2019 Nutcracker auditions. 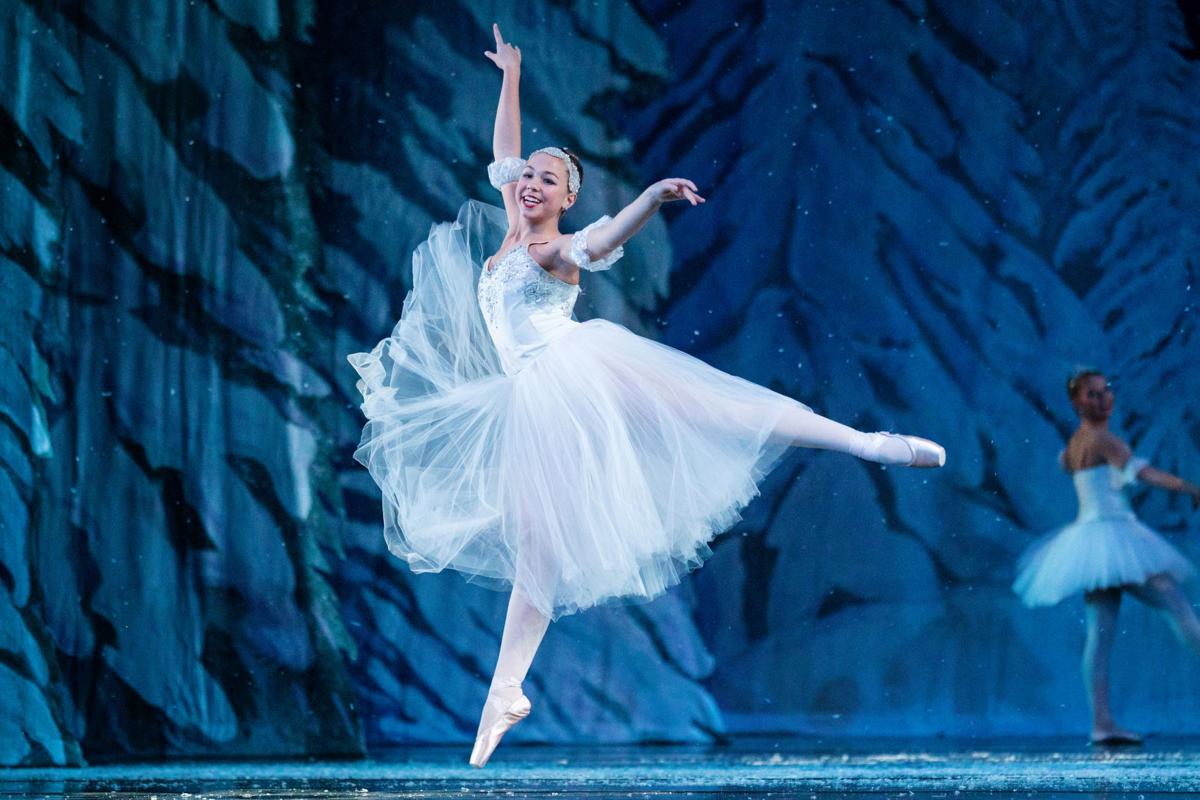 Karmi Jay dances in the Snow Scene of the 2019 production of “The Nutcracker.” 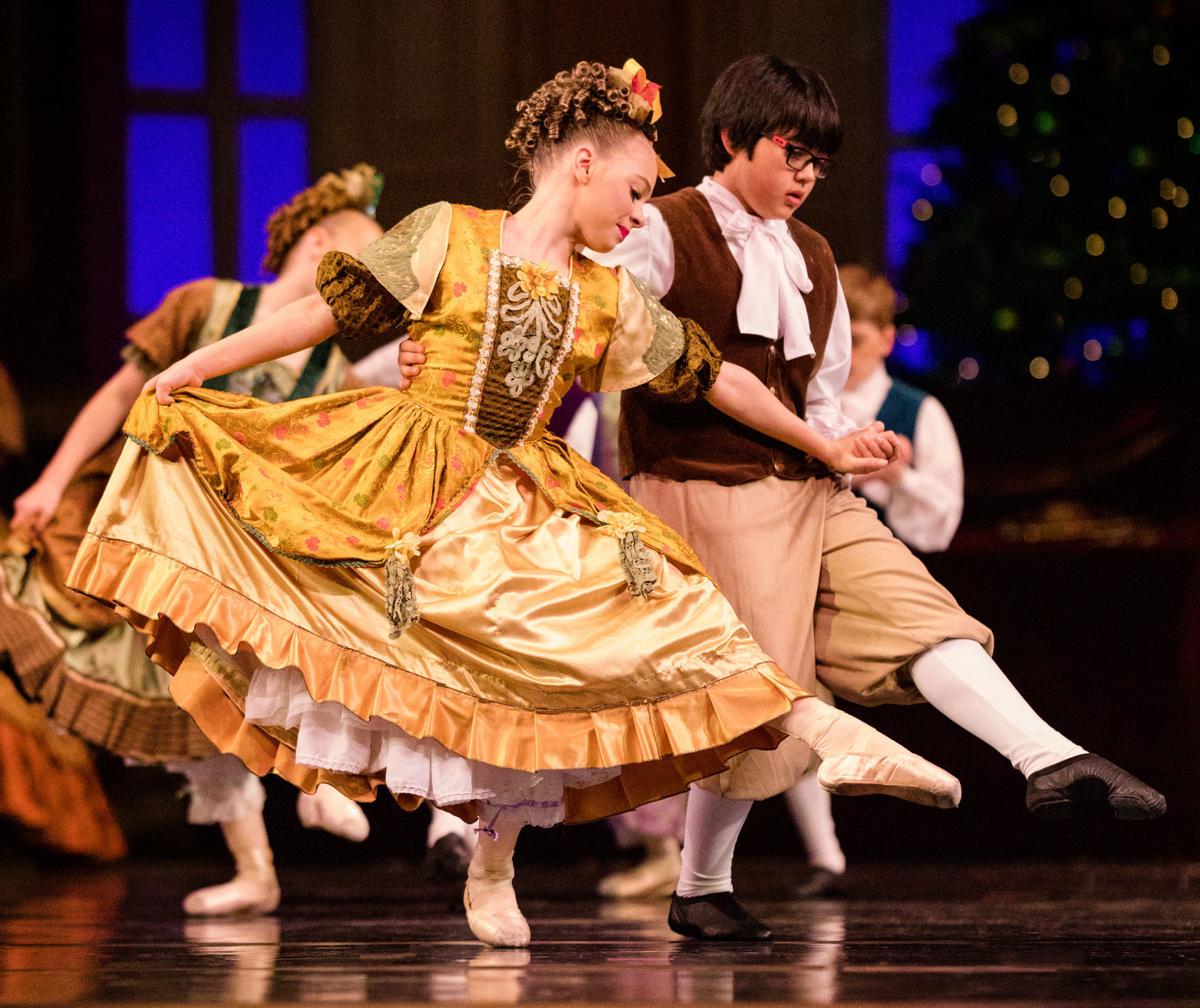 Alex Ronhovde dances in the Party Scene of the 2019 “Nutcracker” with Olivia McCurley.

Jarrod Ronhovde was a child actor at the Lincoln Community Playhouse before he landed the role of Fritz in the first production of “The Nutcracker.” Ballet Midwest Dance Company – which became Lincoln Midwest Ballet Company in 1989 after a merger with Lincoln City Ballet – staged its first performance of “The Nutcracker” in 1985.

“We came from very meek and humble beginnings,” says Shari True, artistic director. “We started with a cast of 22 local dancers and two guest artists. This year, we had 198 dancers on stage.”

The Cotner Center, Lincoln High School and Waverly Middle School were the three performance sites in 1985.

Ronhovde performed with the company the first six seasons – three years as Fritz and three years as the Nutcracker. During that time, he also danced as Arabian, Snow Cavalier, Mouse King, Russian, Reed Pipes and Military Doll.

He remembers performing at Pershing Auditorium in 1986 with a cast that had tripled in size.

“That was the year when I danced both Fritz and Mouse King, and had to do a quick costume change because they were both in Act I,” he recalls.

In 1987, the ballet was performed in conjunction with Lincoln’s Symphony Orchestra, marking the first time LSO ever contracted to perform with another group.

This year, Jarrod’s 10-year-old son, Alex, auditioned for “The Nutcracker” and was cast as a Big Party Boy.

“Seeing Alex perform this year was kind of like seeing myself up there on stage, because he is exactly the same age that I was when I got my start,” Jarrod says. “We coaxed him into trying out, knowing that he would enjoy it. He had a lot of fun and is already talking about auditioning again next year.”

Hilary Johnson was also part of the original cast 35 years ago, dancing in the role of Bon Bon and as one of the party children. Hilary and Jarrod danced together as Clara and the Nutcracker in 1989 and 1990. She was in seventh and eighth grade at Raymond Central; Jarrod was in his junior and senior years at Norris High School.

“I remember rehearsing at the Cotner Center and walking down to the Topper Popper on 66th Street when we had our breaks,” Hilary recalls. “The cast was much smaller then, so we had a lot of close-knit friendships. We also used to dance in the Star City Parade in the freezing cold. My dad would carry a big boom box so we could dance along the parade route.”

Hilary’s daughter, Karmi Jay, followed in her mom’s footsteps. This year was Karmi’s fifth year performing in “The Nutcracker” and her first year as an LMBC member. Her mom could not be more proud.

“Every December I get Nutcracker fever, because growing up around the music, the dancing and the culture of ‘The Nutcracker’ brings back all the memories,” Hilary says. “I love that Karmi will grow up with an appreciation for it. ‘The Nutcracker’ is one of my strongest holiday memories, and I hope that it becomes one for her too.”

In the past three and a half decades, there have been 33 Claras. Some have danced the role multiple times, and others have shared the role with another dancer.

"When I found out I got this, my mom and I were so excited that I’d get to perform in Lincoln," Katie Pohlman said. "The last time I performed in Nebraska was in 2015 when I was in high school.”

Jarrod Ronhovde as Nutcracker and Hilary Johnson as Clara in December 1989.

Hilary Johnson (right) with her daughter, Karmi Jay, at the 2019 Nutcracker auditions.

Karmi Jay dances in the Snow Scene of the 2019 production of “The Nutcracker.”

Alex Ronhovde dances in the Party Scene of the 2019 “Nutcracker” with Olivia McCurley.