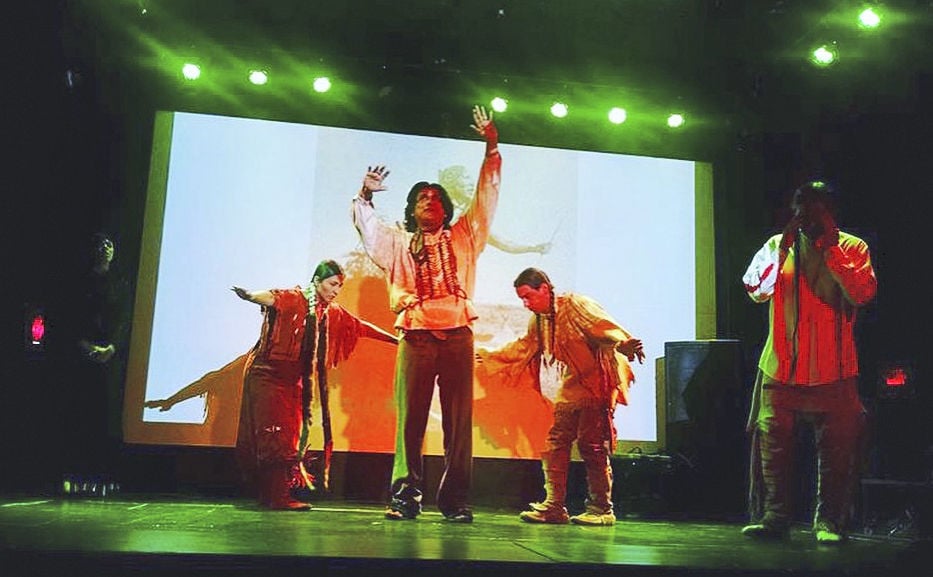 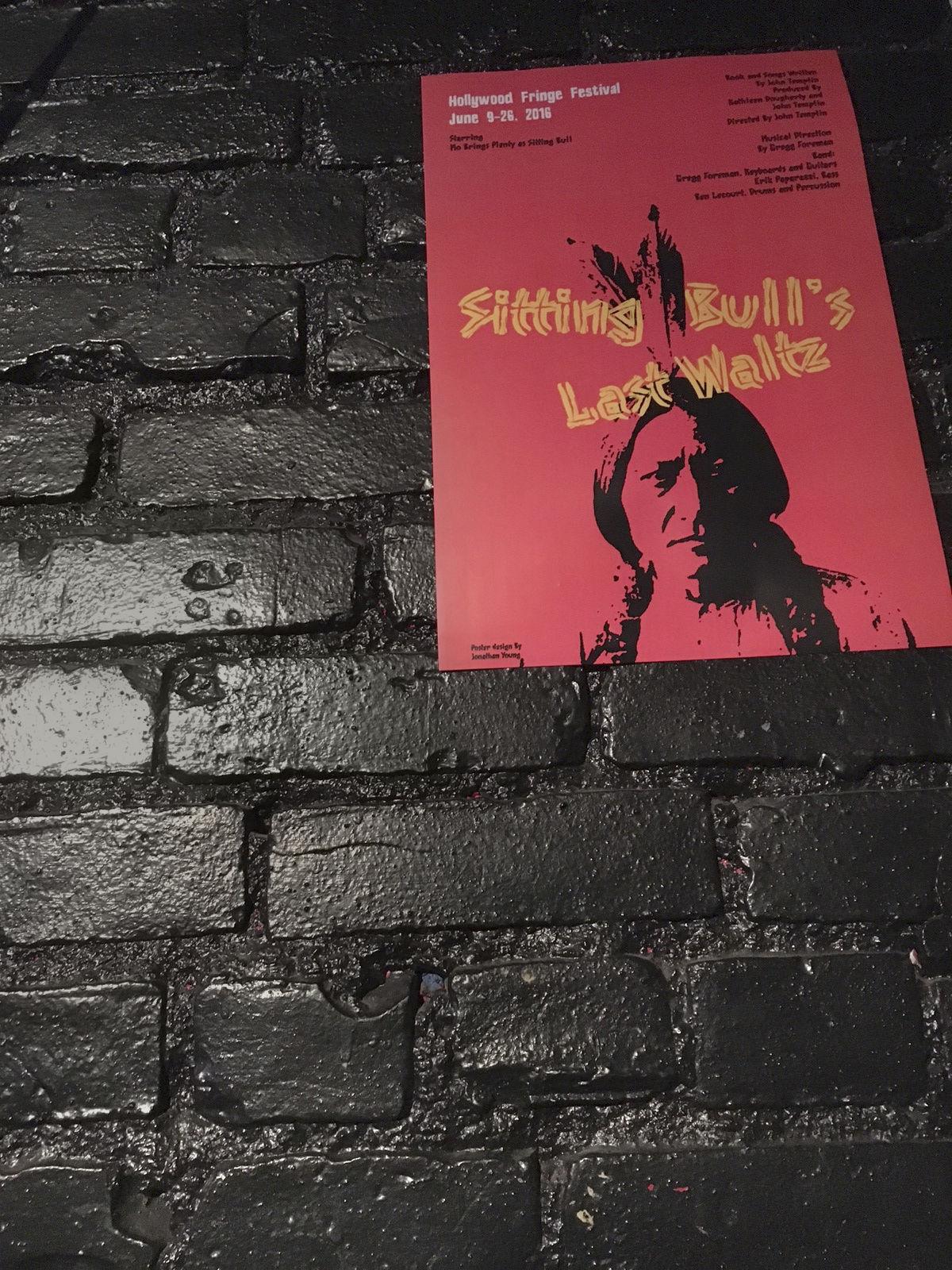 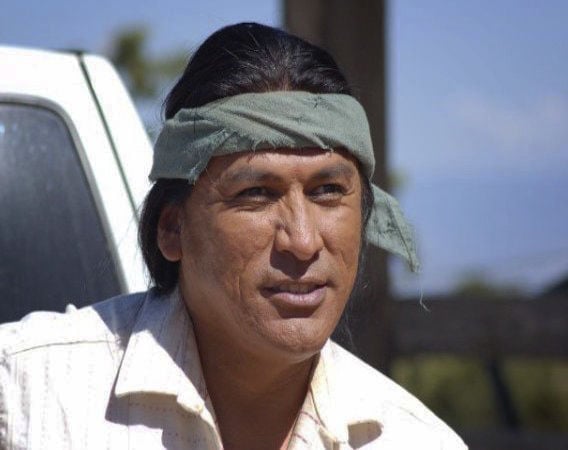 In 1890, Indian agent James McLaughlin ordered the arrest of Sitting Bull at Standing Rock. When the famed Native leader refused to go quietly, a fight broke out, shots were fired and Sitting Bull was killed.

When John Templin Schliesser read Sitting Bull’s biography as a kid, the story of his death haunted him.

“It always stayed with me,” Schliesser said. “This event of him being killed in a fairly ambiguous setup … I’m still wrestling with this idea. Was it a deliberate act? Was it murder? It always fascinated me.”

So much so, the Lincoln native -- Schliesser grew up in the capital city and graduated from Lincoln Southeast in 1983 -- created a rock opera chronicling Sitting Bull’s final years leading up to his death.

After a successful run in June at The Dragonfly as part of the Hollywood Fringe Festival, Schliesser is bringing “Sitting Bull’s Last Waltz” to Lincoln. Directed by Lara Marsh, Nebraska Theatre Caravan general manager, and featuring a cast of local- and Los Angeles-based performers, the post-punk musical begins a five-performance run Thursday at the Johnny Carson Theater.

All proceeds will benefit the Standing Rock Sioux Tribe, which is protesting the Dakota Access Pipeline.

“I didn’t think of this as a political piece, per se,” Schliesser said. “But as time goes on, it’s become so.”

“The subject matter is very appealing given the current political events happening at Standing Rock,” Echternacht said. “John didn’t anticipate this when he started working on it several years ago, but the timing is very relevant.”

Schliesser began working on the musical in the summer of 2013, following an “a ha” moment in Nebraska. While traveling across the state, he stopped in North Platte at the Fort Cody Trading Post, where he often went as a kid. He bought a Sitting Bull biography.

“I really started getting into the story again, started to get into the details,” he said. “His life is so vast and filled with so many things, but I was really focused on the last part of his life. I thought, ‘OK, it’s finally time to tell his story,’ but I wasn’t sure how I was going to go about it.”

He settled on creating a musical theater piece.

“It makes sense because Sitting Bull, among many things, was famous for being a singer among the Lakota and a songwriter,” Schliesser said. “He was kind of the Sinatra among the Lakota. If there was an event, he was the guy who called upon to sing.”

Creating a script came fairly easy to Schliesser. After getting his doctorate in narrative theory at the University of California, Berkeley, he taught literature for several years in San Francisco. He’s also worked as a screenwriter and producer in Los Angeles, and most recently as a multimedia consultant.

He credits his interest in Native history to his Nebraska upbringing. He often visited his grandfather, who lived in western Nebraska and shared Native stories with him. His mother taught special education at Pine Ridge.

“My weekends were spent riding horses and scouring the landscape and going to all the historical societies,” Schliesser said.

The music, however, was a little trickier. Growing up in Lincoln, and buying albums at Dirt Cheap and Pickles, Schliesser became a post-punk music fan, listening to Iggy Pop and The Stooges, PiL, Magazine and The Fall. With its drum and bass emphasis, post-punk, he felt, seemed appropriate for the musical.

He began working with British bass player and composer Max Sterling. Once Schliesser has some tracks, he sent them to acquaintance James Williamson, who had played guitar with The Stooges. Williamson connected him with several notable musicians, including Gregg Foreman, Cat Power’s musical director, Erik Paparazzi (Cat Power), Guy Blakeslee (Entrance Band) and Will Rockwell-Scott (Wolfmother).

“We took my rough sketches and rewrote the songs in the studio,” Schliesser said. “By the fall of 2015, we had some really solid music, about 20 songs we recorded.”

Marsh, who Schliesser contracted to direct the Nebraska production, said the modern post-punk music works well with a piece set in the late 1800s.

“My first thought was ‘How is that going to work?’", Marsh said. “Once I heard the songs, I knew. They are catchy and stay in your head. I started envisioning things with the songs.”

“In Los Angeles, we kind of got a first look at this and what it could be,” Schliesser said. “It went very well. We got good reviews, and we actually filled the house. The experience of the Fringe Festival showed us that, yeah, we have something here.”

Note: Proceeds will be donated to Standing Rock.

University of Nebraska–Lincoln Theatre opens its spring semester season with "This Random World," a heart-breaking comedy of missed connection…

UNL Opera is 'Far From Heaven' with new show

University of Nebraska-Lincoln will present the regional premiere of “Far From Heaven." Performances are 7:30 p.m. Friday-Saturday and 3 p.m. …

Jim Gaffigan and Styx will each return to Pinewood Bowl this summer.

Modest Mouse, which headlined a packed 2015 Maha Music Festival, is heading to Lincoln this summer. The band, whose latest release is “Strange…