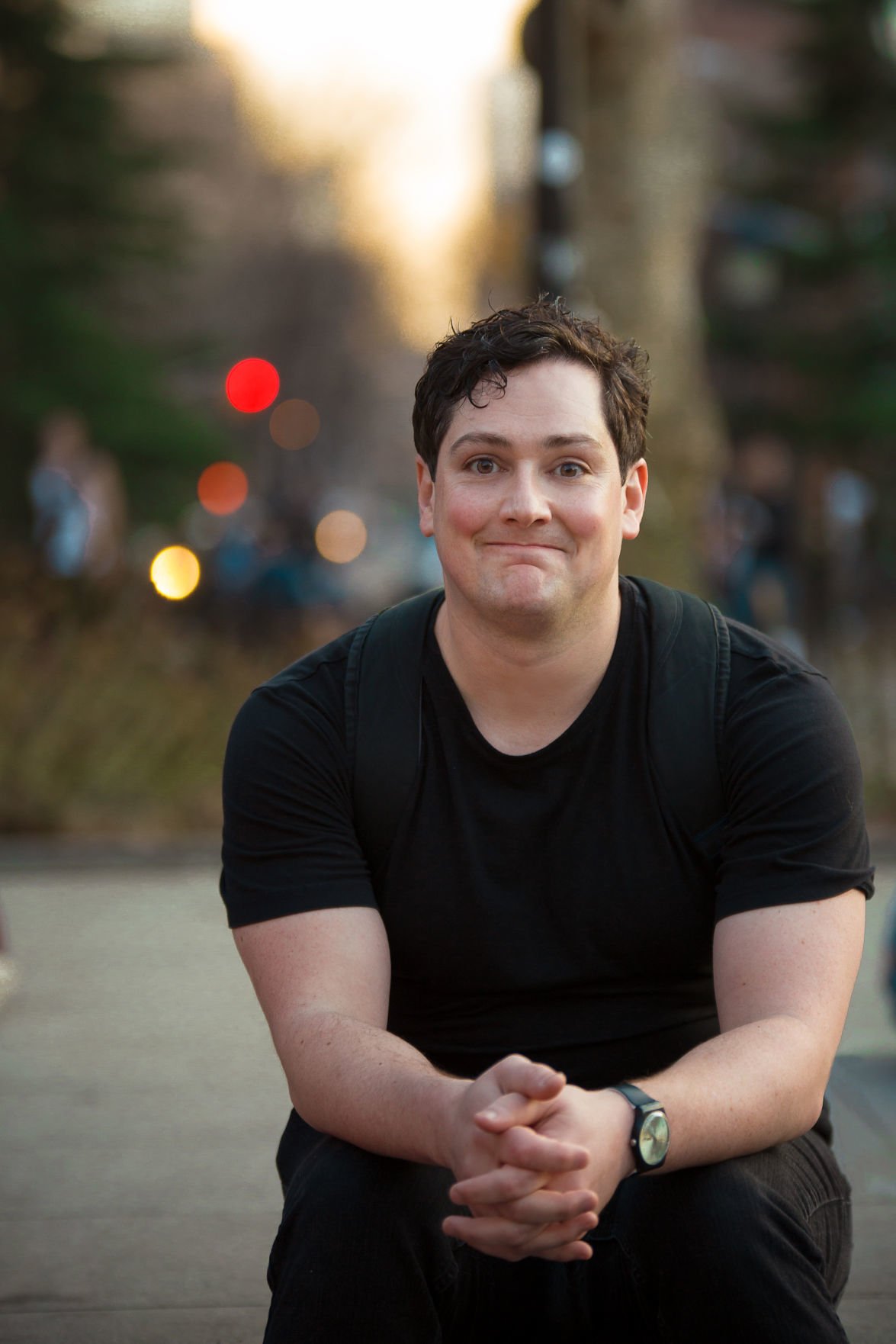 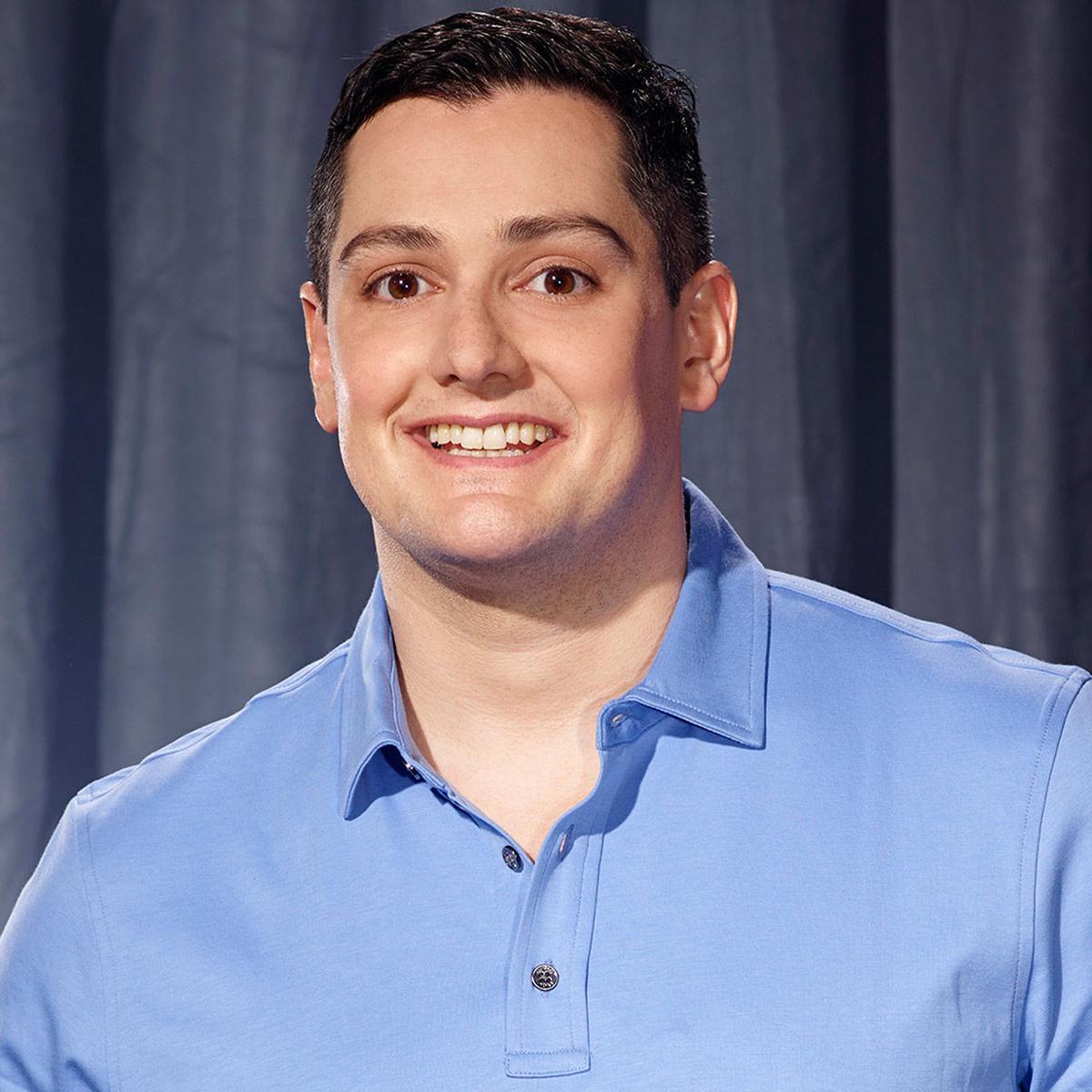 Joe Machi will go anywhere -- literally and figuratively -- to get a laugh, which might explain his weekend journey to the Comedy Loft.

Since finishing fourth in season eight of NBC's "Last Comic Standing," the native of State College, Pennsylvania -- yes, he is a graduate of Penn State University -- has made the late-night rounds.

He's done his standup routine for Jimmy Fallon and Conan O'Brien. He's had a half-hour special on Comedy Central and was part of a Netflix comedy series called "Bumpin' Mics."

About Machi: After being named on of New York's top comics, Machi, a native of State College Pennsylvania, was a finalist season eight of NBC's "Last Comic Standing." Since then, he has done the late-night TV tour and has become a regular guest on "The Greg Gutfeld Show," which airs on Saturday nights on Fox News Network.

And one of the comedy gigs that's gotten Machi the most notoriety is as a guest on "The Greg Gutfeld Show," which airs every Saturday night on the Fox News Network.

Gasp. The mere mention of Fox News is supposed to cause a gag reflex. It has garnered a negative connotation from an outraged liberal sector for its conservative stance in presenting the news. But Fox also has the highest ratings in cable television, dwarfing the competition, which makes it a good platform for Machi to reach the most people.

Gutfeld hosts a show from behind a desk as weekly guests -- sitting casually on a couch before a live studio audience -- hilariously mock today's political scene, while also pontificating on everything from robots to big tech to anything else that flies in the face of political correctness.

Machi admits that appearing on a network known for its right-leaning political stance is risky, something many comics would decline in today's polarized times.

But remember, we said Machi will venture just about anywhere to get a laugh, Fox News included.

"It has been great for my career," he said. "A lot of comics neglect or turn off a large portion of the population because they put preaching politics ahead of punch lines. I want to make a broad range of people laugh so the joke comes first.

"I don't care that some people hear Fox News and automatically don't like it even though they've never watched the show. It would be silly to care what someone who hasn't drank milk thinks of milk."

That in a nutshell sums up Machi's comedy.

It's edgy. It pushes the envelope. It might make you uncomfortable at times. But there are few people who sit through his routine without finding it funny.

He appears skittish as he breaks into a bit. His eyes are large and his grin innocently wide as he speaks. His voice wavers. There are awkward pauses. It's all part of the act. His appearance seems to directly contradict the words coming out of his mouth.

Gun control is a huge issue in America. I got into a discussion with my neighbor about it. He said, ‘I bet if you asked the founding fathers what they thought of gun control, they wouldn’t like it.’

I responded, ‘I bet if you asked the founding fathers what they thought about gun control, they’d respond: 'What’s this I hear about women voting?'’

He says his lines fearlessly, no matter the topic. Consider that this white, awkward-looking, thirty-something once told the "Last Comic Standing" audience that the only good use for the N-word would be it being his bank password because he would never say that out loud, even if someone mugged him and demanded the code.

"His writing is so clever, so smart and so unpredictable," said Keenen Ivory Wayans, a judge during the comedy competition, after one of his on-air standup routines.

That unpredictability is his calling card. At first, you might not want to laugh. It might cause a little shame to do so. But rest assured, you’ll laugh. You'll laugh hard.

Hitler convinced millions of people that blond-haired people are superior. And he had brown hair.

"My act is supposed to be more off balance," he said. "I don't want to be a people-pleaser. I try to raise tension to release it for the most impact."

One of his greatest attributes, as mentioned, is a boyish face that makes every bit of edginess that escapes his lips a big surprise. And with a voice that sounds prepubescent -- unsteady and uncertain, like Peter Brady during the still-famous voice-changing episode -- it only adds to his schtick.

"It's just how I am," he said. "I really didn't plan it. I think you can teach people some techniques to be funny but if they aren't funny in real life it's a tall mountain to climb."

Machi has always been funny even though he never planned on entering comedy. After graduating from Penn State, he took a job as a customer service manager for a supermarket chain.

A short stint as a human resources assistant led to his decision to give standup comedy a try. He moved to New York in 2006 and -- just like that -- a comedy career was launched.

In 2010, he won first place in the Emerging Comics contest at the New York Underground Comedy Festival, and was also named a finalist at the NY’s Funniest Person Competition.

"I have no theme," he said. "It's whatever I think is funny. I tend to have a morbid sense of humor at times. If you can remember jokes are jokes ... you'll be OK."

This might be his first trip to Lincoln, but he's no stranger to Nebraska. He took the stage a few years ago at Norfolk's Great American Comedy Festival and took great pride in performing in the hometown of Johnny Carson, one of his comedic idols.

"It was a blast," he said. "It was cool being the only game in town for live entertainment. It seemed like they appreciated it and the whole community was involved."

On the surface, comedian Erica Rhodes, who possesses a bounty of attributes — a quick wit, an endearing gal-next-door charm, the acting chops …

So how terrifying is getting on stage for the first time to attempt stand-up comedy?

Check It Out: Top Lincoln entertainment options from Dec. 13-19

From Lubbock to Lincoln, Flatland Cavalry bringing its Texas music to Bourbon Friday

Cleto Cordero was more than a little nervous and hyped up Saturday night.

Juliette and Emily Goglia were in Bloomington, Indiana, Wednesday morning, getting ready to travel to nearby Nashville, Indiana, where they we…