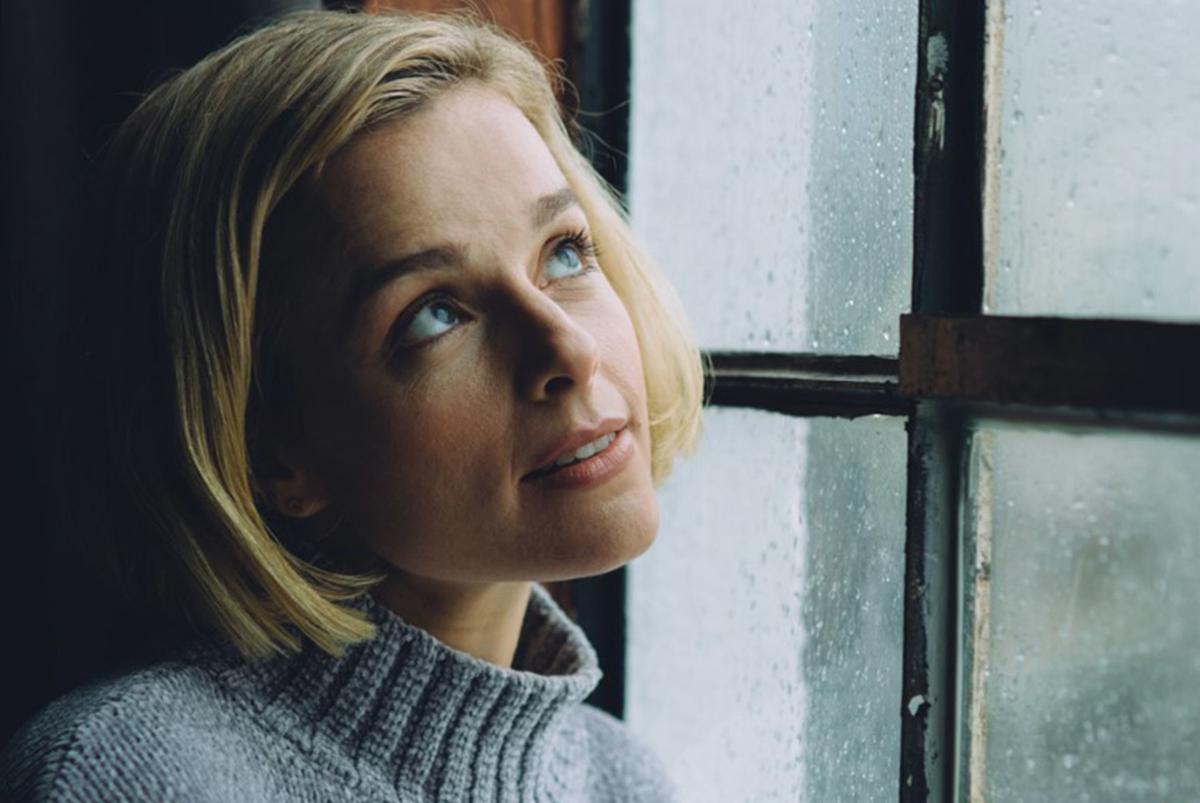 The self-deprecating standup act might be embellished, but it isn't fake, says comedian Erica Rhodes, who will be the featured act at the Comedy Loft Friday and Saturday. 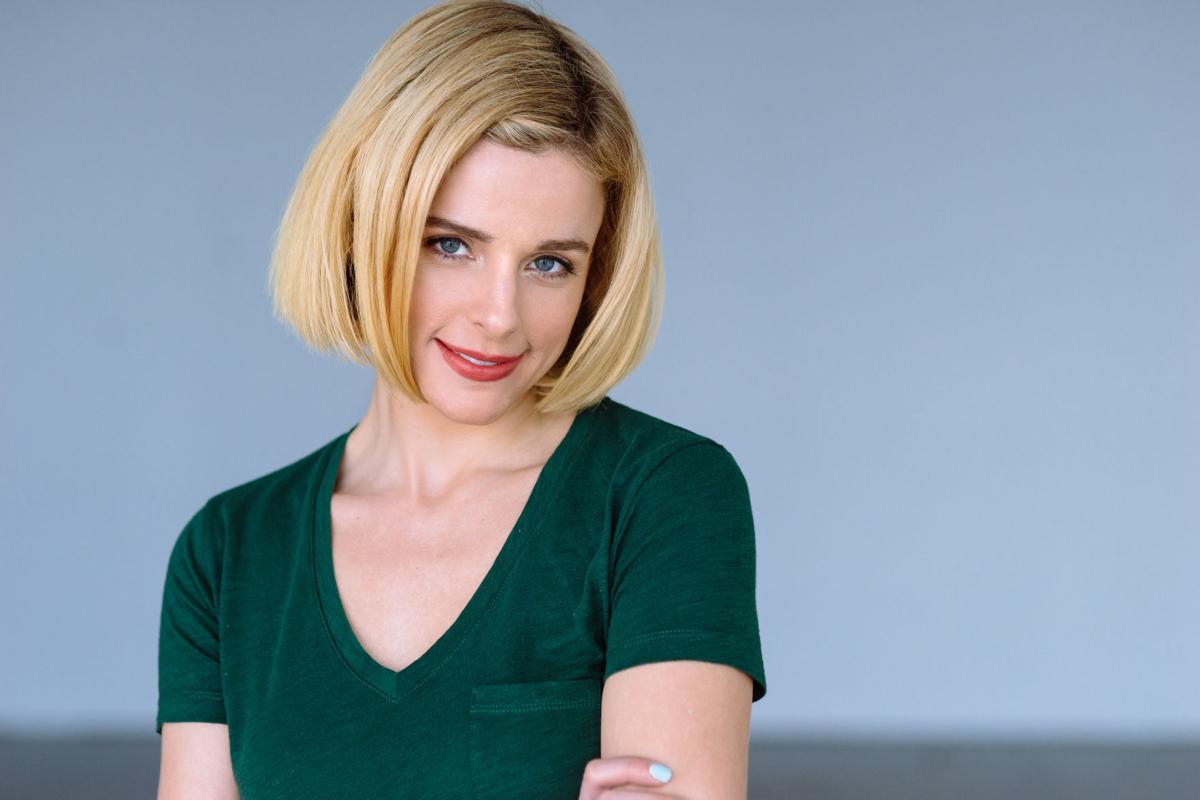 Rhodes talks a lot about the pros and cons of being a single woman in her 30s. 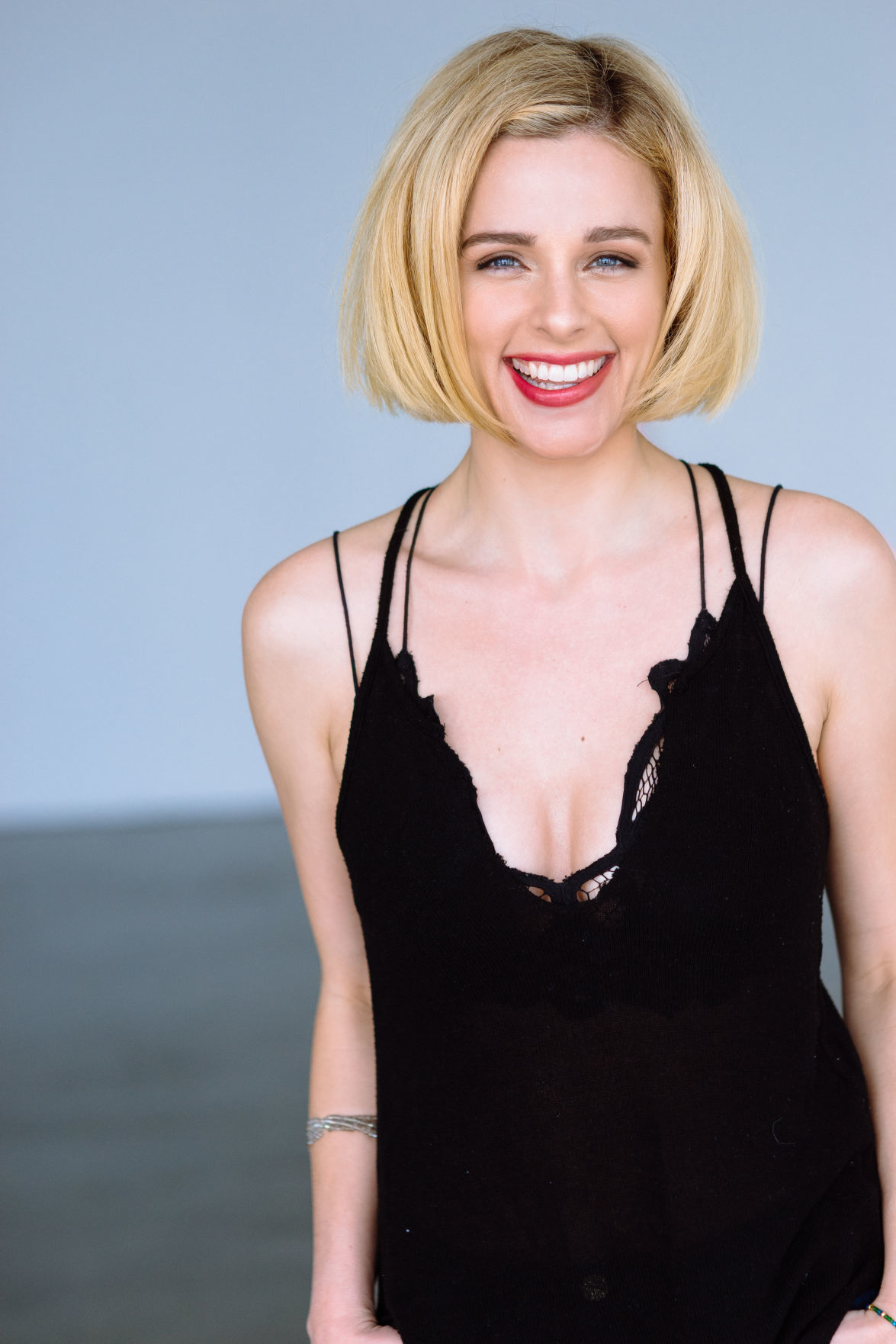 Erica Rhodes will perform Friday and Saturday at the Comedy Loft.

On the surface, comedian Erica Rhodes, who possesses a bounty of attributes — a quick wit, an endearing gal-next-door charm, the acting chops to land herself guest appearances on Emmy Award-winning sitcoms “Modern Family,” “Veep” and “New Girl,” and that prototypical Southern California look that announces to the world her home — would appear to have it all figured out.

However, she looks in the mirror and sees something completely different.

It gives a glimpse into the mind of the 30-something Rhodes and helps to explain the self-deprecating standup routine she’ll bring to the stage Friday and Saturday at the Comedy Loft.

“I’ve always suffered from low self-esteem and a lot of insecurity for whatever reason,” she said last week in a phone interview. “I don’t identify as a pretty girl even if people have told me that or have tried to put me in that box. To me, I feel like I’m an awkward girl. I’m kind of quirky. I have social anxiety. … The self-deprecating stuff is completely honest and how I actually feel, but I don’t want to go too far in that direction because I don’t want people to feel sorry for me.”

The proverbial tears of the clown.

And if this sounds like a pity party, guess again. Her routine may tell the tales of broken romances, downsized dreams and how the purchase of a headboard might be considered a small sign of success, but she really is living her best life.

“I talk a lot about being in my 30s -- being single in my 30s and the pros and cons about that," she said. "I talk about the pressure to find someone but also the failures of that. You want a connection, but also, it’s difficult to connect with people sometimes.

“Trying to connect in a modern world, I’d say, is a new challenge.”

Maybe her perceived struggles -- and her willingness to speak of them with frankness and humor -- serve as lessons to everyone to keep moving forward.

Performing has always been a way of life for Rhodes. She’s a classically trained ballerina and cellist. At the age of 10, she was a frequent guest on “A Prairie Home Companion,” the longtime NPR-syndicated radio show. Her recurring role was the conscience of host Garrison Keillor. She appears on Keillor’s 1997 Grammy-nominated album, “Garrison Keillor’s Comedy Theatre.”

She kept working on her acting, making plenty of appearances on a lot of shows you've heard of -- and some never to be heard from again.

“She is a sitcom kind of comic,” said Bob Rook of the Comedy Loft. “I see someone with unique comic timing and her vocal timbre."

Oh yes, her voice. It has to be mentioned because it is distinctive.

Los Angeles Times reporter Jeffrey Fleishman saw her act in June and wrote that "she looked 20, sounded 12. High-pitched syllables needled the air like bee-stings. A few in the crowd wondered if the mike was working right. Did she swallow helium? But the voice became oddly endearing."

Rook had another way to describe it.

Rhodes' sitcom dream has never materialized — not yet, anyway. And that genre's loss has proven to be standup comedy’s gain.

That career change began seven years ago when she bombed an audition for a part on “Parks and Recreation.” Ensuing reports indicate the tryout wasn’t nearly as bad as she lets on.

Still, she didn’t get the part.

“The acting wasn’t really leading anywhere,” she said. “… I felt very frustrated and because I have a performance background, I felt like I needed some form of self-expression. I needed a performance outlet.

"I just started doing it because I needed to. I used comedy as a venting outlet to talk about that bad audition.”

That first dive into comedy was OK. And each time out there, she seemed to get better, improving her timing and finding her voice -- realizing that a comic is only as good as her authenticity and her ability to connect with an audience.

In other words, she could write the best jokes ever written, but if they are told in a robotic monotone, her chances of connecting with a crowd are slim.

“Standup comedy has become my real passion,” Rhodes said. “I realized that I’m a real creative person. I love writing and I love performing. Comedy sort of combined all of my passions into this outlet for me.

“Once I got my sea legs with it -- it took a little while -- I understood that this is really more fulfilling for me than acting ever was.”

Rhodes is grateful for her gifts and more grateful for her opportunities. She was a semifinalist in NBC’s comic competition, “Bring the Funny,” and will spend the better part of the next six months touring America and some of its best comedy clubs.

She also just finished an album that is available on all platforms called "Sad Lemon," which is named in honor of a drunk woman in Portland who spilled her drink on the stage, leaving just a small puddle and -- you guessed it -- a sad lemon.

Her sense of humor is different -- and at times cutting. The daughter of a wheelchair-bound man who sufferers from MS, she does a bit that pokes at her father and his affliction.

“We look for acts on the clean side,” Richard Barrett, the talent booker at Comedy and Magic, told the Los Angeles Times. “Erica comes across as smiley, cutesy, almost naive. But her material is not cutesy. There’s a dark side, a twist to it. She’s bringing something different to a standup world that has been dominated by men.”

She performed at the Comedy Loft last year and loved the room -- and the Haymarket district.

“It’s perfect for my act,” she said. “ It’s intimate and it’s really an artsy area. It drew in people who really love comedy.”

This time around, she’ll have to compete with the Huskers, who play a 3 p.m. game, but have a tendency to transform the Haymarket into a less-artsy, more-raucous place.

It might be a different type of audience than her last time in Lincoln, but you get the feeling that, given the chance, she’ll find a way to tame the savage football fans in much the same way that she is taking on life -- and the world of comedy.

With a little self-deprecation and plenty of laughs. Insecurities and awkwardness be damned.

Joe Machi's comedy might make you uncomfortable. That's one of his goals. The other is to make you laugh — and you will

Joe Machi will go anywhere -- literally and figuratively -- to get a laugh, which might explain his weekend journey to the Comedy Loft.

The self-deprecating standup act might be embellished, but it isn't fake, says comedian Erica Rhodes, who will be the featured act at the Comedy Loft Friday and Saturday.

Rhodes talks a lot about the pros and cons of being a single woman in her 30s.

Erica Rhodes will perform Friday and Saturday at the Comedy Loft.