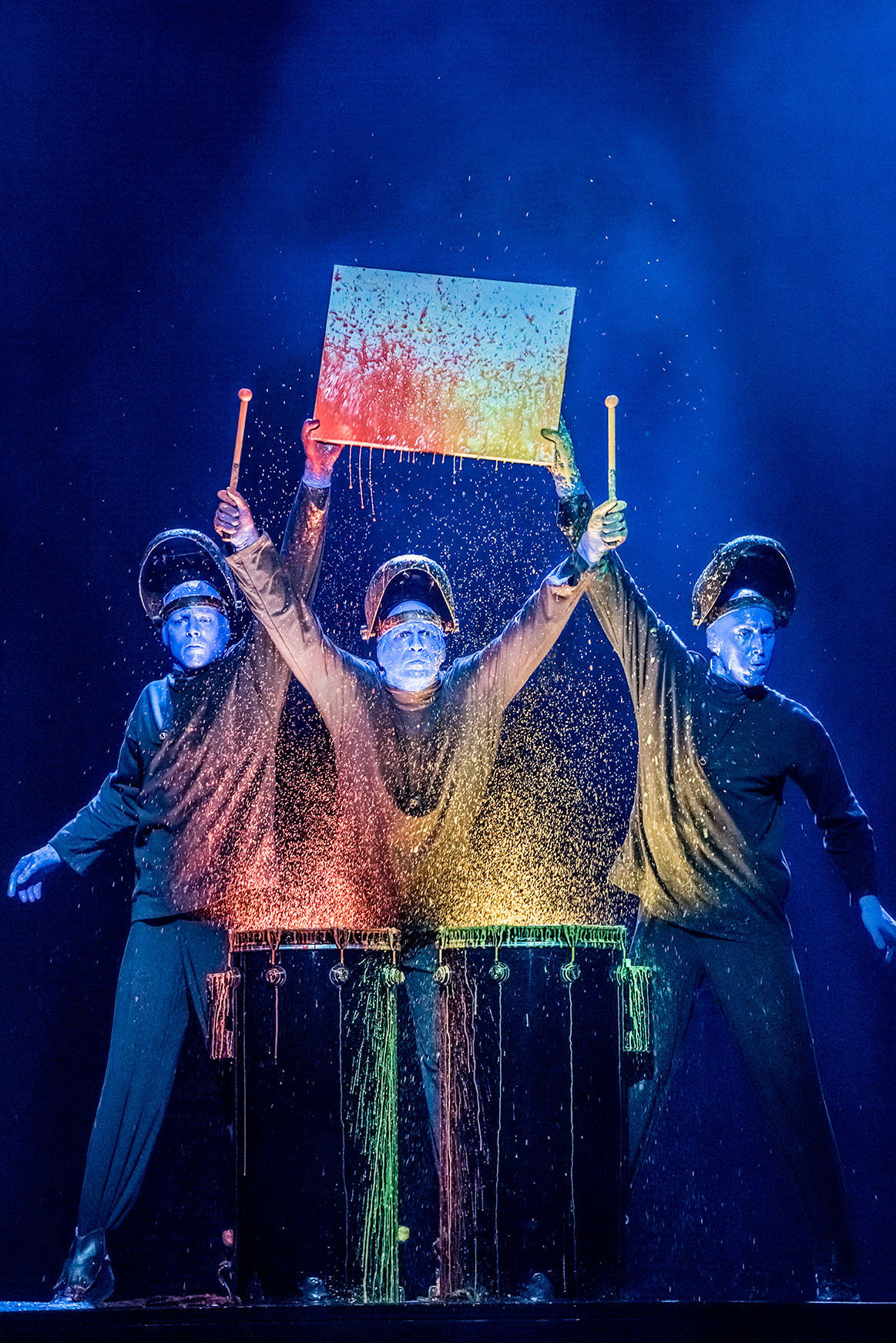 The Blue Man Group brings a nearly new act to the Lied Center. 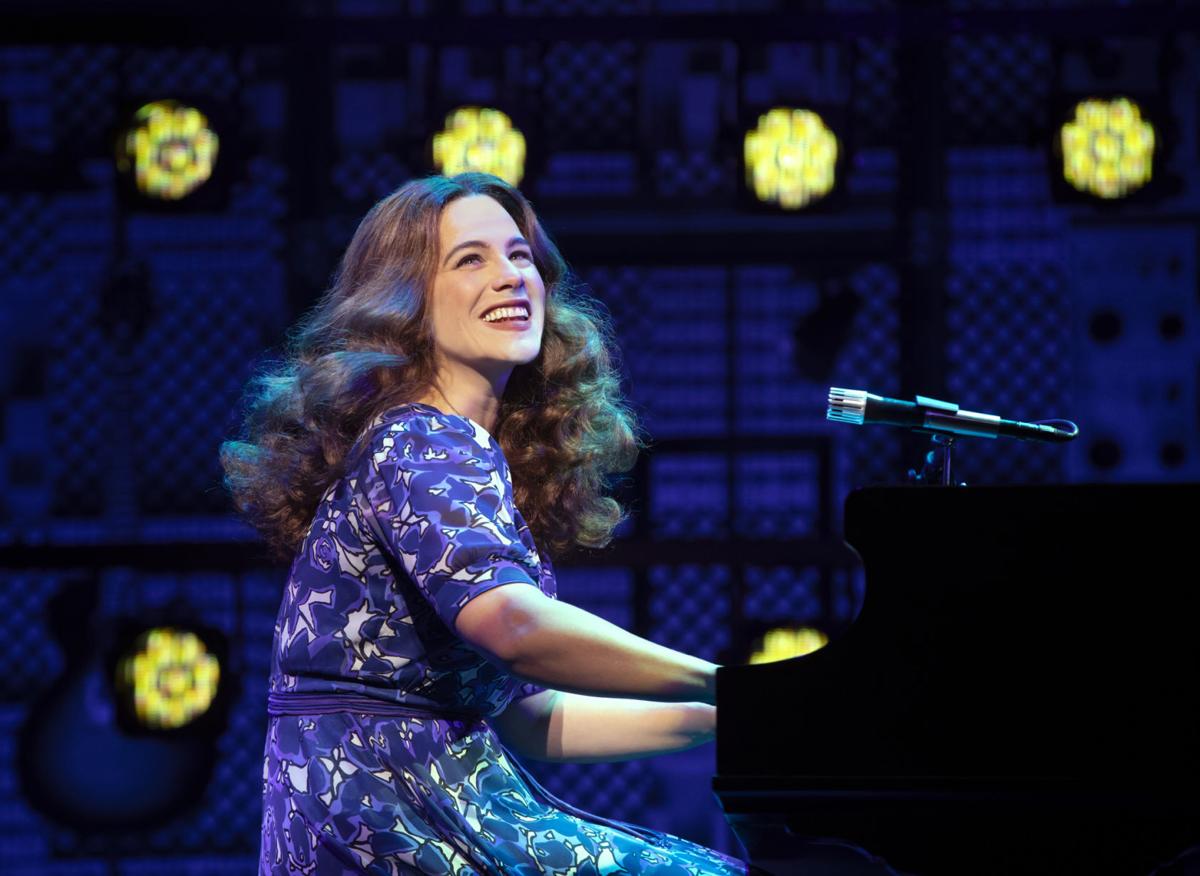 "Beautiful," the story of the Carol King's musical journey, comes to the Lied Center next April. 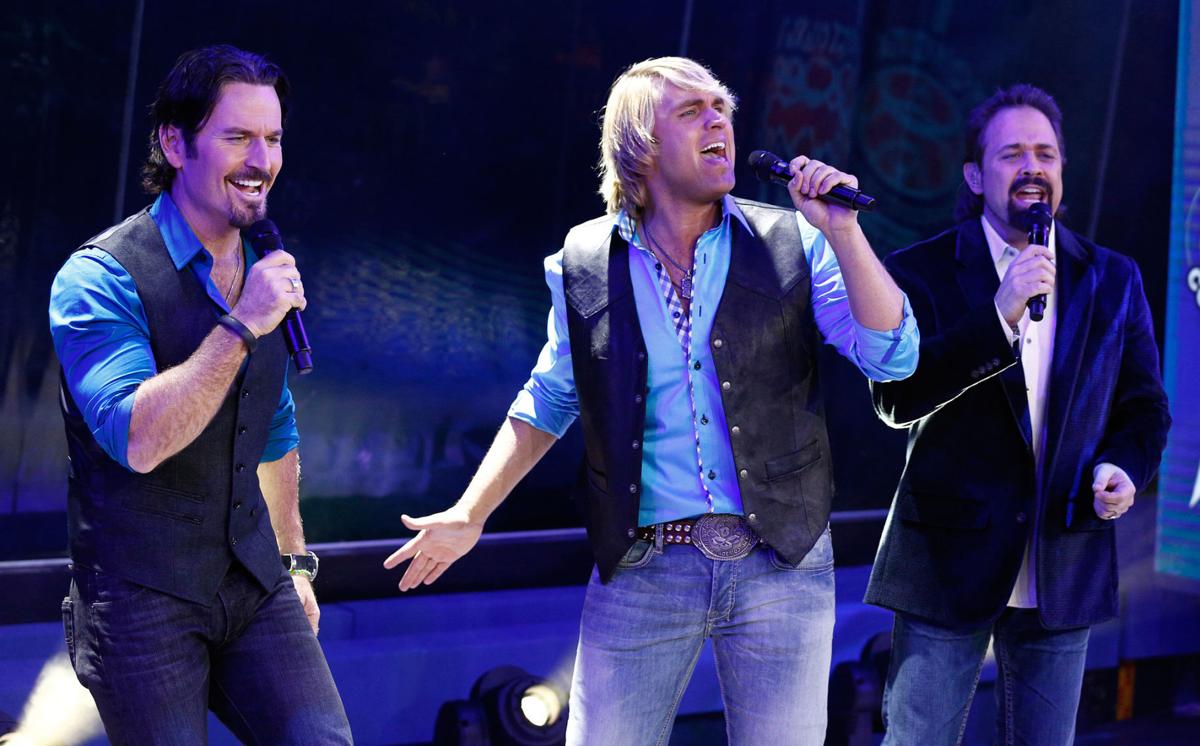 The Texas Tenors brings an interesting variety of music to next year's calendar. 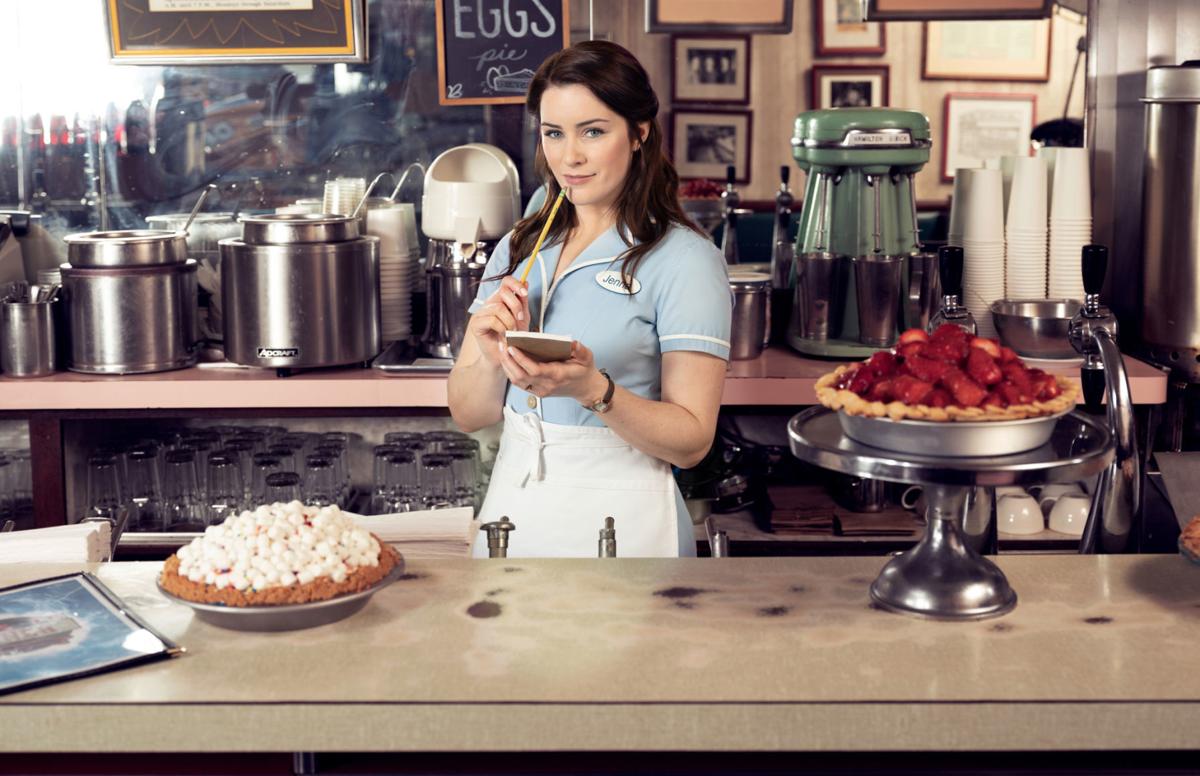 "Watress" will be one of the season's more popular Broadway musicals. 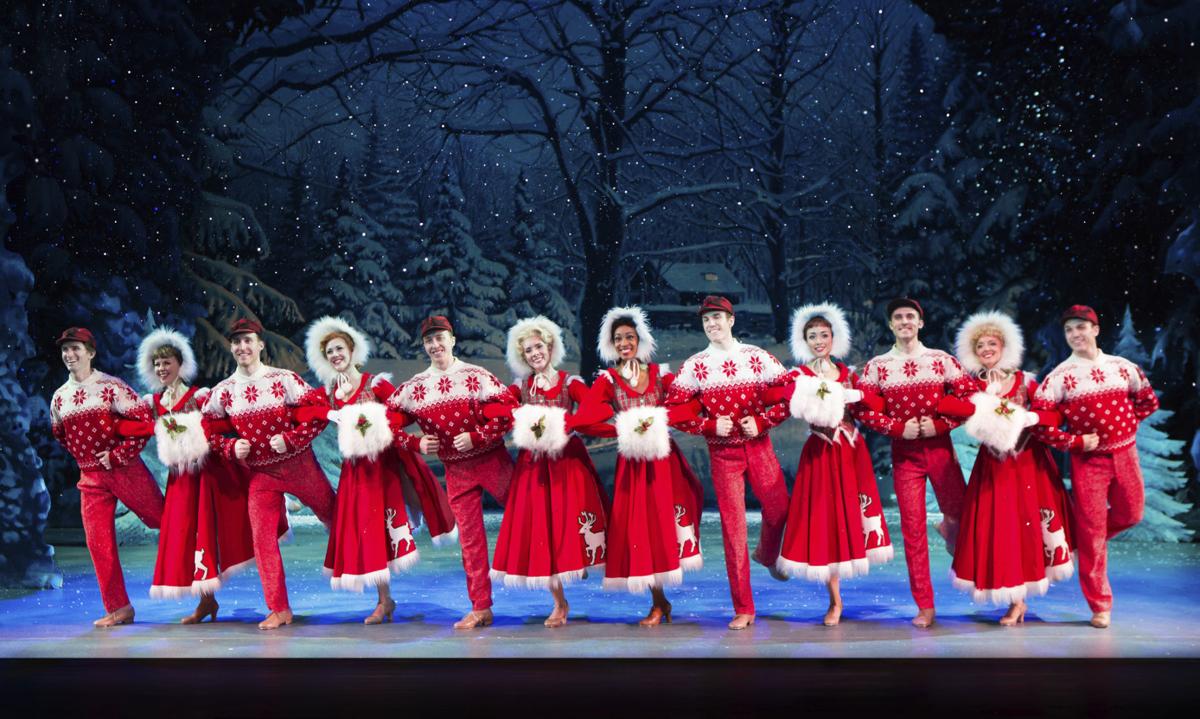 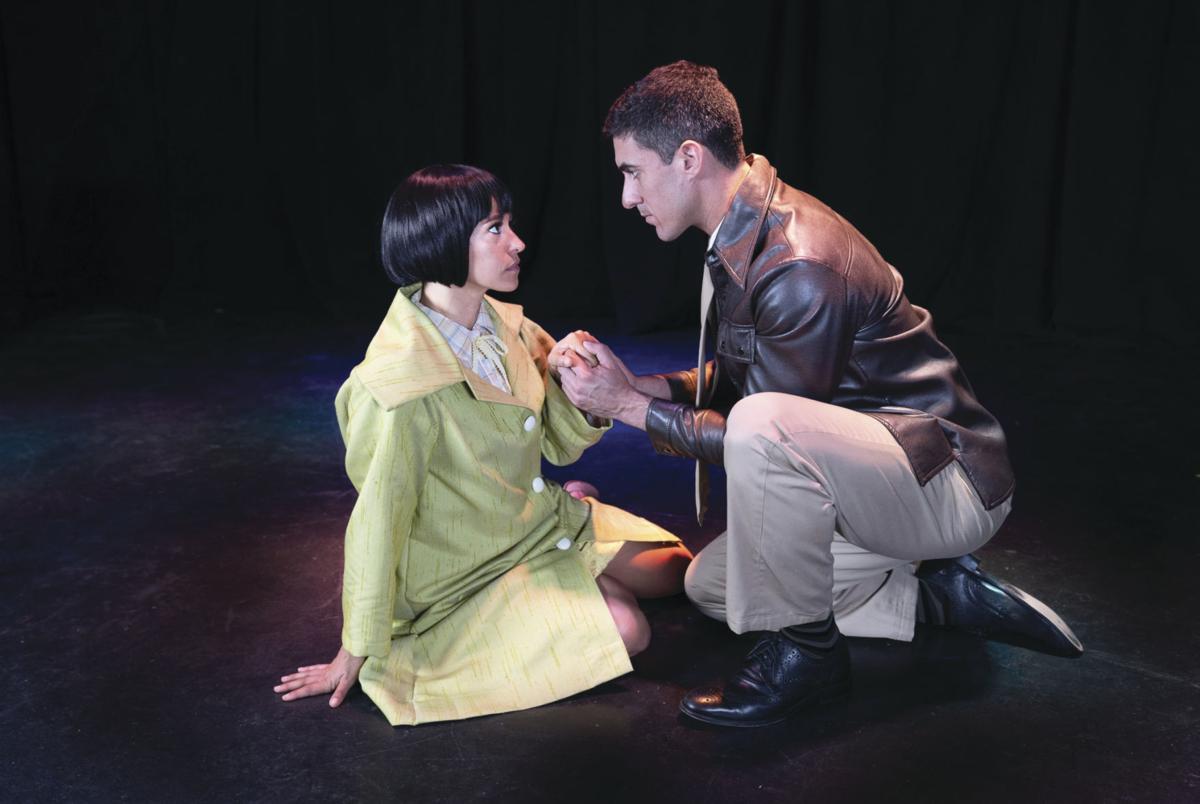 "An American in Paris" is another Broadway musical that has drawn rave reviews. 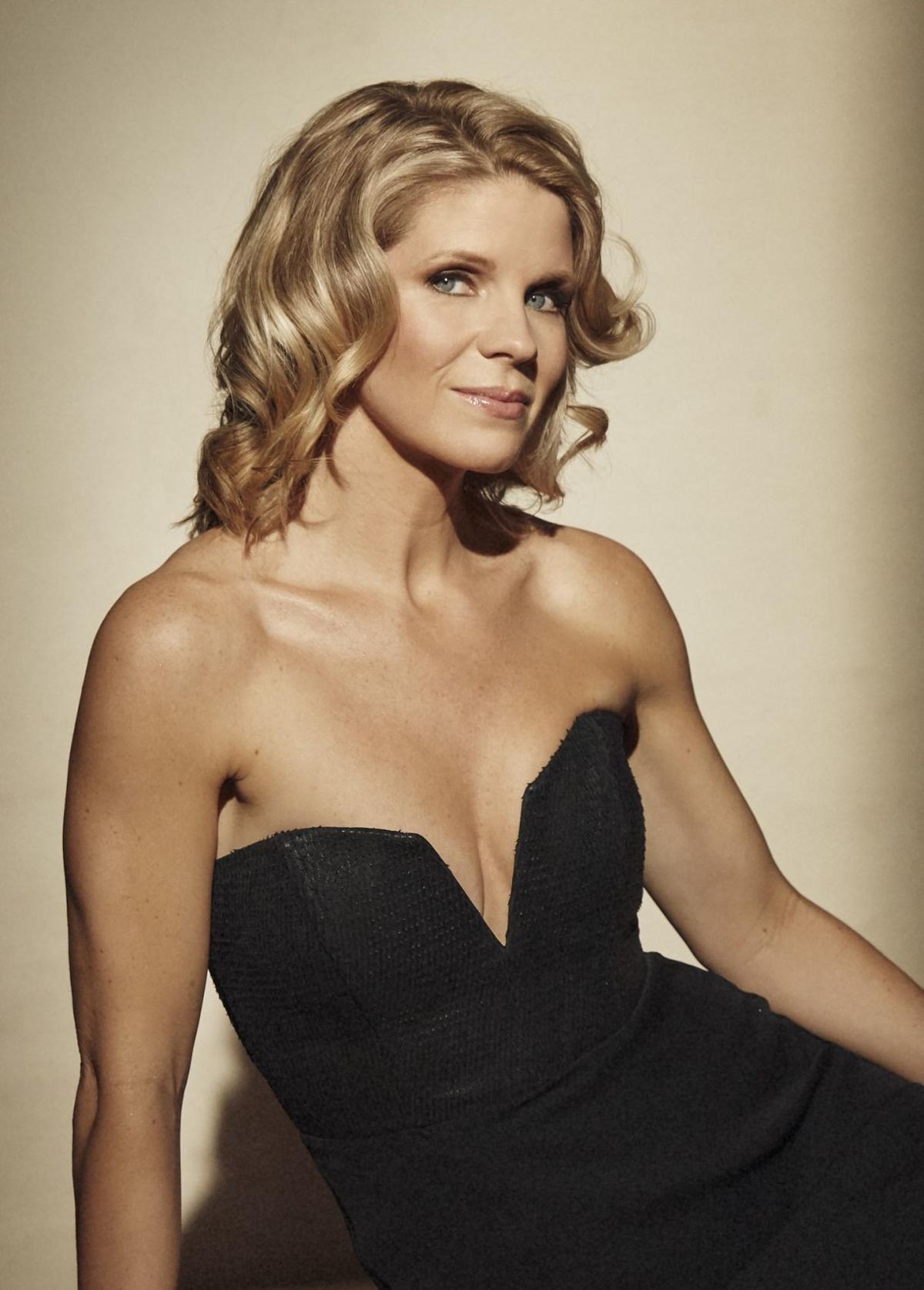 Tony Award winner Kelly O'Hara will perform a concert next spring at the Lied.

The returns of the Boston Pops, Blue Man Group, Wynton Marsalis and the biggest Broadway season in Lincoln history highlight the 30th anniversary season of the Lied Center for Performing Arts.

The season, which opens Sept. 19 and runs through next May, will have 100 individual performances, six more than the just-completed 2018-19 season.

“It’s one of the biggest seasons, if not the biggest ever,” said Lied Center executive director Bill Stephan.“It’s definitely the biggest Broadway season ever. One hundred performances in a year is a lot.”

Those 100 performances will come from 35 events and range from classical music and jazz to theater, comedy, ballet, children’s shows and pop music. As has been the Lied Center practice, the events will be a mix of artists new to Lincoln and returning favorites.

The latter includes the show that Stephan tagged as likely the biggest and most popular of the season..

“The Boston Pops is probably our biggest single show for next year,” Stephan said. “Boston Pops is one of the shows people most wanted to come back. ... John Williams was the longtime conductor for the Pops. This will be an all John Williams concert -- 'Star Wars,' 'Harry Potter,' 'E.T.' 'Jaws.'”

The Boston Pops performance, set for April 5, 2020, is among the eight events that Lied officials expect to sell out an be the most popular.

That list includes both the Blue Man Group, back with a nearly all-new show, comedian Brian Regan; Get the Led Out, a Led Zeppelin tribute band; Daniel Tiger’s Neighborhood Live!,” the stage musical from the PBS KIDS series; Texas Tenors, the vocal trio that mixes classical and country music; and Wynton Marsalis.

Marsalis, who performed during the Lied’s 20th and 25th anniversary seasons, will be returning with the jazz at Lincoln Center orchestra on Dec. 8.

“That’s a super cool show,” said Matthew Boring, Lied’s associate director of marketing and patron development. “It’s a big Christmas thing. They do it every year at Lincoln Center and only tour it on a very limited basis. We’re lucky to get it. They’ll have two singers and the orchestra doing Christmas songs in big band arrangements.”

The other show on the Lied’s popularity list is “Phantom of the Opera,” which will have an unprecedented two-week, 15 performance run. “Phantom” is one of five musicals on the Lied schedule -- along with “White Christmas,” “Beautiful, the Carole King Musical,” “Waitress” and “An American in Paris.”

Those shows went on sale in February to “Broadway subscribers,” who purchased package tickets that included an opportunity to buy Blue Man Group tickets as well. There are 2,047 Broadway subscribers for the 2019-20, nearly double the 1,081 of 2018-19, the first year of the Broadway package.

The Lied’s Broadway offerings also will include a March 20 concert by Tony Award winner Kelli O’Hara.

“We’ve been trying to get her for a number of years,” Stephan said. “Because she’s so active on Broadway, she doesn’t tour very often. She’s in ‘Kiss Me Kate” now. By the time she gets here, she’ll likely to be a Tony Award winner again.”

The Rococo will host Get The Led Out, an acclaimed Led Zeppelin tribute band and jazz’s Stefon Harris and Blackout, returning to Lincoln for the first time in a decade.

The Brooklyn Rider Ensemble, the New York string quartet known for its eclectic repertoire, who will be joined by pianist Paul Barnes for a CD release concert for their recording of “Annunciation,” the Philip Glass piano quintet written for Barnes that had its world premiere last year at Lied.

The Lied season will open with the return of the St. Louis Symphony Orchestra, which last appeared at Lied in collaboration with the American Ballet Theatre. The SLSO will perform Gershiwn’s “An American in Paris,” along with pieces by DeBussy and Ravel.

Pop music performers will include: the 1940s revue, In The Mood; Scott Bradlee’s Postmodern Jukebox, A Cappella Live!, and Michael Feinstein.

Together, attendance at the 100 performances is expected to top that of 2018-19 and set another record for the Lied, which in 2017-18, the most recent accounting, ranked No. 85 on Pollstar’s ranking of the world’s top 100 theaters based on tickets sold.

If you look closely, you might find some similarities between Karen Freimund Wills and the title character she’ll play in “Mame” at the Lincol…

Performing arts calendar for May 10-17

There’s a message — a lesson to be gleaned — from each comedy bit, which is why it only seemed natural that Juli Burney would eventually find …

'The Phantom of the Opera' tickets on sale Monday

Tickets for the 15 performances of “The Phantom of the Opera” at the Lied Center for Performing Arts will go on sale Monday.

The Lied Center for Performing Arts' largest annual event will be pulling up stakes next summer.

Single tickets for all shows in the Lied Center for Performing Arts 30th anniversary season go on sale at 11 a.m. Thursday.

Christmas is the perfect time for big bands. So says Wynton Marsalis, who will bring the Jazz at Lincoln Center Orchestra to the Lied Center f…

Welcome to 2020 — a new year in a new decade that's certain to be filled with a wide variety of entertainment offerings in eastern Nebraska, w…

"When I found out I got this, my mom and I were so excited that I’d get to perform in Lincoln," Katie Pohlman said. "The last time I performed in Nebraska was in 2015 when I was in high school.”

The Blue Man Group brings a nearly new act to the Lied Center.

"Beautiful," the story of the Carol King's musical journey, comes to the Lied Center next April.

The Texas Tenors brings an interesting variety of music to next year's calendar.

"Watress" will be one of the season's more popular Broadway musicals.

"An American in Paris" is another Broadway musical that has drawn rave reviews.

Tony Award winner Kelly O'Hara will perform a concert next spring at the Lied.