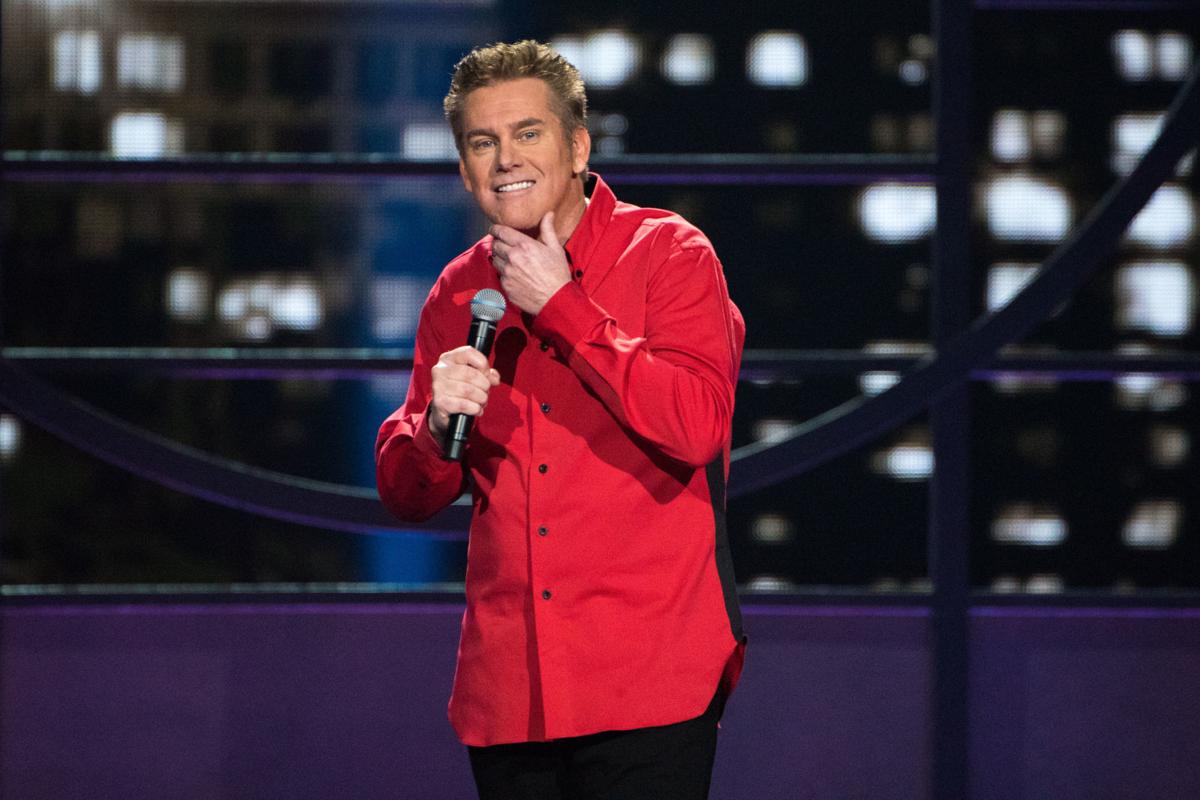 Brian Regan, who now lives in Las Vegas, is a native of Miami. 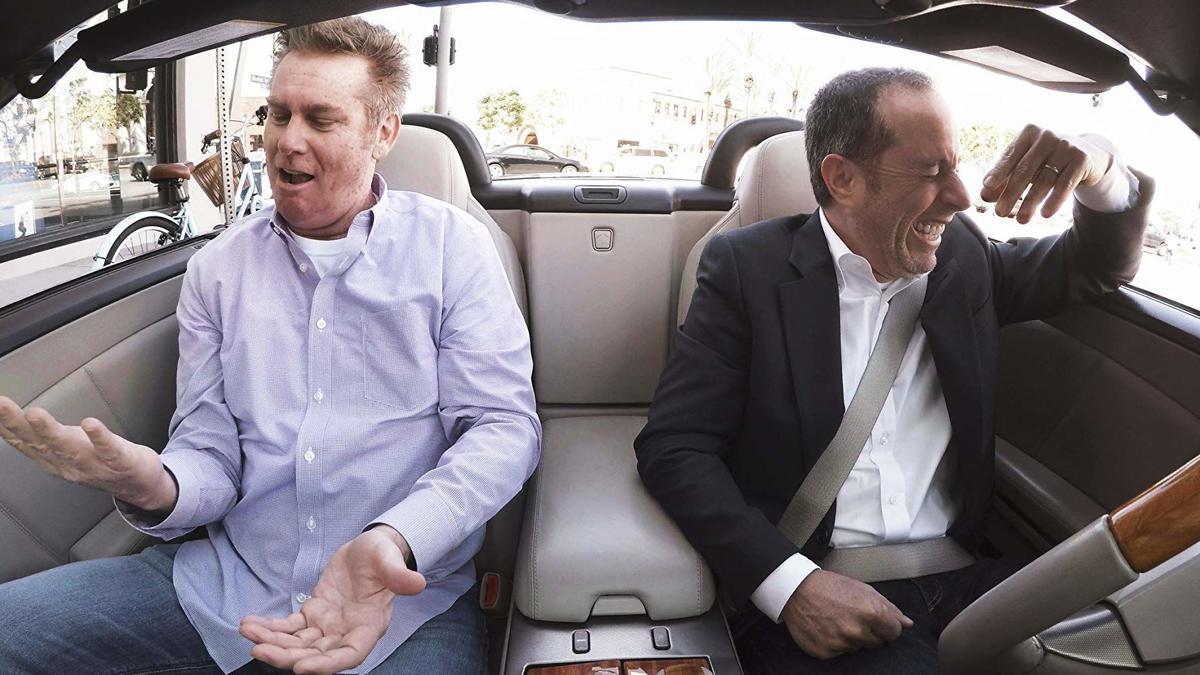 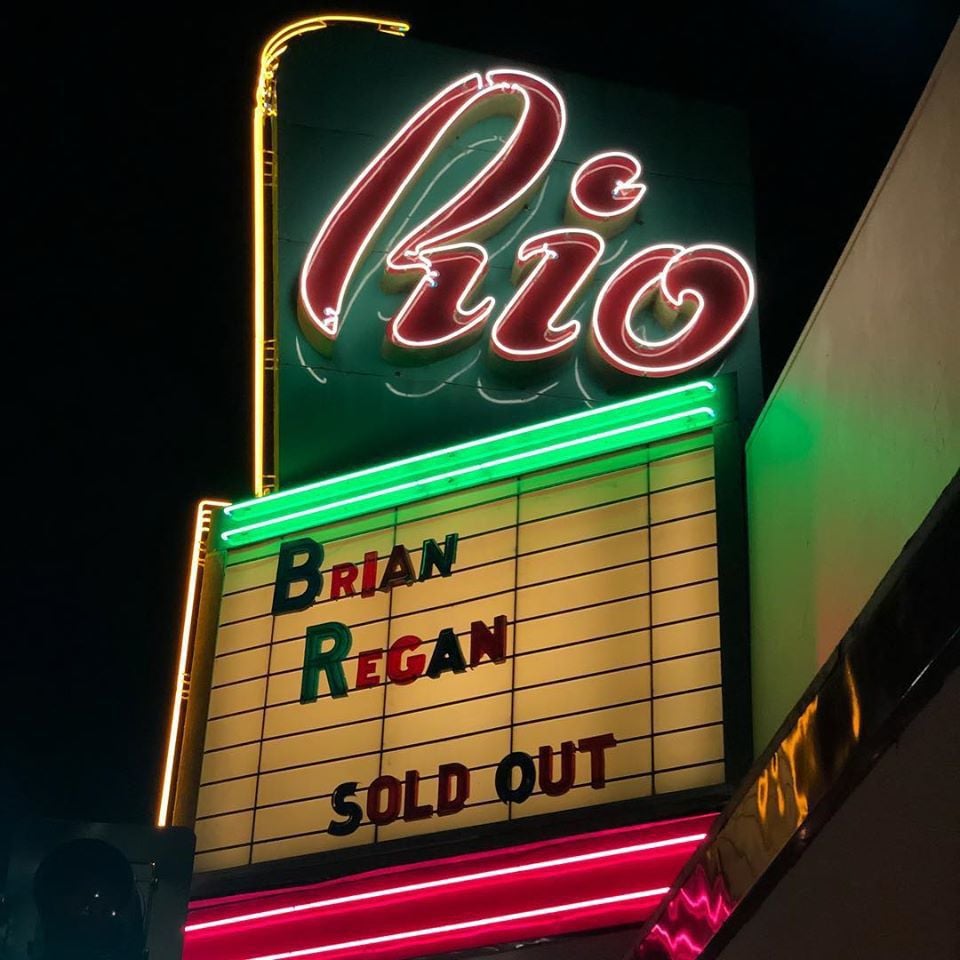 Sold-out shows are nothing new to Regan, who appeared on "Late Night with David Letterman" 28 times. 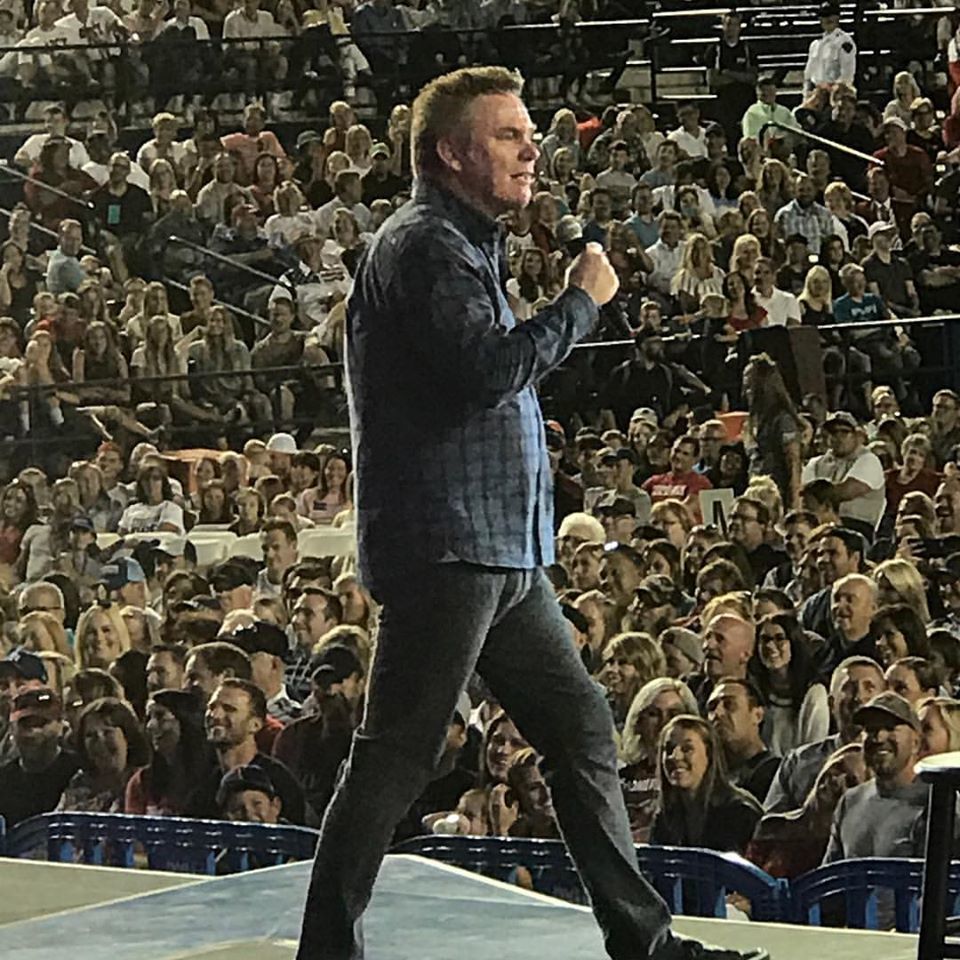 Brian Regan will appear Monday at the Lied Center for Performing Arts.

The psychology of human beings — and more specifically their subliminal pack mentality —  has always interested Regan.

“I hope my act is funny,” said Regan, who will bring his brand of observational humor to the Lied Center for Performing Arts on Monday.

The consensus is that Regan is funny. Really effing funny, minus the effing, because he's a comic who has taken the high road to success. There's no cursing. His show is squeaky clean, in the same vein as his comedic hero, Johnny Carson.

Yes, Carson, the Nebraska native and king of late-night comedy, knew how to make them laugh, too.

And that's all a part of what intrigues Regan. What might look like an individual decision to find something funny, he’s found, is actually a choice determined by the group, be it that group guffawing a few tables to the left or that outraged heckler in the back who finds the material to be offensive.

Public sway is real. The squeaky wheel does have the power to grease an entire room.

“The people in that audience are all going to think that they’re making an individual decision about whether or not you’re good, but they have no idea that they are being completely influenced by the people around them.

“It’s the group that makes that decision.”

Fortunately for Regan, he’s got a way with public sway. The 61-year-old Miami native who has been touring the late-night comedy television circuit for decades — 28 appearances on “Late Night with David Letterman” is a pretty good indicator of his longevity — has a knack for winning over a room.

“If people are holding a ticket that says Brian Regan on it, they are probably going to think I’m funny,” Regan said. “Chances are very, very good it will go well, because it’s not just by luck that they are walking in the door. When a group is assembled for another reason, say a TV show, where you just happen to be one of the things that’s happening that night, that’s when it gets to be more of a crap shoot.”

That’s when the human element takes over.

There’s no predicting this dynamic because, like snowflakes, no two audiences are alike, Regan has noticed. What might have created raucous laughter with one group might be met with indifference or a smattering of groans in another room.

“It happens sometimes,” he said. “You think something is funny, but you don’t know that others are going to agree with you that it’s funny until you get on stage. I don’t mind if an individual joke doesn’t work. If a crowd thinks I’m funny, they’ll always give me a foul ball. … But if you have too many foul balls, the audience will start wondering what the heck you’re doing.”

Regan’s resume offers validation that he puts the ball in play more often than not. He's currently a featured comic in a new Netflix series called “Stand Up and Away,” which has Jerry Seinfeld as an executive producer.

"He's really the most beloved guy out there by other comedians because of the quality of his stuff," Seinfeld told CBS News.

Regan has ridden shotgun with with Seinfeld at the wheel for his highly acclaimed webcast, "Comedians in Cars Getting Coffee."

In the Netflix series, Regan teams with Seinfeld, Chris Rock and Dave Chappelle — pretty good company, indeed — for a two-special deal that promises great insight and plenty of laughter.

Regan has a knack for taking everyday occurrences and making them funny. If could be something as innocuous as mailing a package at the local UPS store or a visit to the optometrist.

“I take things that interest me in real life, and I try to play with it like a piece of Play-Doh and have some fun with it,” he said. “It’s like when you look in a circus mirror and see your reflection. That’s what comedians do. You show life the way it is, but you reflect it in a weird, funny and goofy way.”

And like the circus mirror, the image is recognizable, but the stretch of the details — mixed with Regan’s presentation — makes the experience funnier.

Regan said that he always finds himself in observation mode. Nine times out of 10, he’ll witness something the same way most of us do. But the light bulb shines every now and then.

“I’ll think something is odd,” he said, saying that modern technology, his iPhone, has replaced the need for constantly having a piece of paper and pen on hand to write down the experience. “I’ll jot down the idea and then put some scaffolding around it. Then I’ll come up with some words and a beginning, a middle and an end to try to convey it.”

Once he’s satisfied with it, he’ll try it out on stage. But that’s only the beginning. He tapes every show and then tinkers with each word.

“You play with it night after night until you think you have a good set piece,” he said.

It’s an indicator of his dedication to his craft. Standup comedy wasn’t something he ever envisioned for himself, but he caught the bug while attending Heidelberg College in Tiffin, Ohio, in the late 1970s.

He was a wide receiver on the football team with plans of becoming an accountant when an assistant coach advised him to pursue a theater and communications degree.

“I was the emcee for a lot of campus activities, and people thought I was funny,” he said.

But being funny on campus was far different than stepping on stage at a comedy club and trying to be funny. He still remembers being heckled by friends the first time he took the stage at an open-mic show.

“I’m not complaining. I love what I do. I love it a lot. I’m just intrigued by the psychology of it all.”

A Night of Comedy with Brian Regan

On the surface, comedian Erica Rhodes, who possesses a bounty of attributes — a quick wit, an endearing gal-next-door charm, the acting chops …

Too much football yet? Try some laughter

The cure for a football hangover -- that is, if the hair of the dog isn't available -- might be levity.

There are lessons that come through failure, through "really bombing," says comedian Nick Griffin, who will bring his act to the Zoo Bar stage…

In 1999, Tyler Goodrich White premiered his first opera, an adaptation of Willa Cather’s novel of life on the 19th century Nebraska prairie “O…

The arts touch a person’s soul in a number of ways. They can take your mind away from a difficult situation. They can make you belly laugh, ba…

Brian Regan, who now lives in Las Vegas, is a native of Miami.

Sold-out shows are nothing new to Regan, who appeared on "Late Night with David Letterman" 28 times.

Brian Regan will appear Monday at the Lied Center for Performing Arts.