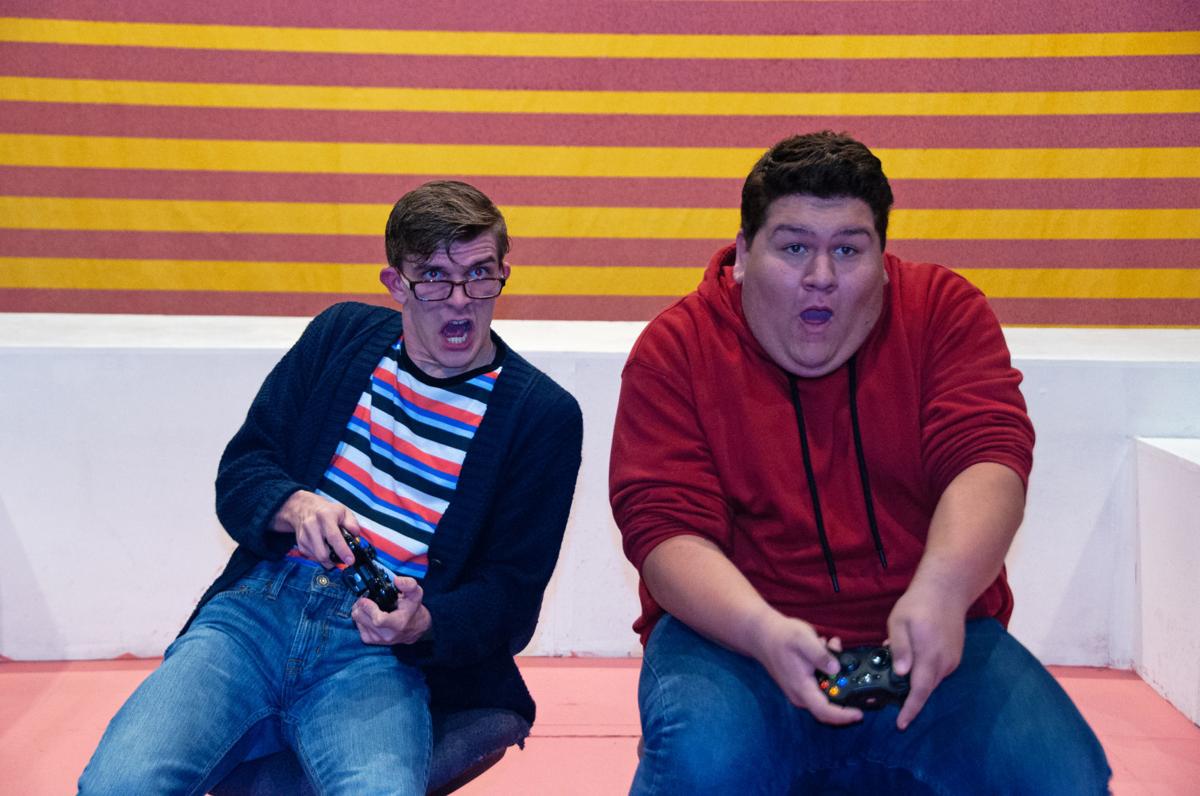 Alex Rownd (left) as Jeremy and Austin T. Rousseau as Michael in "Be More Chill." 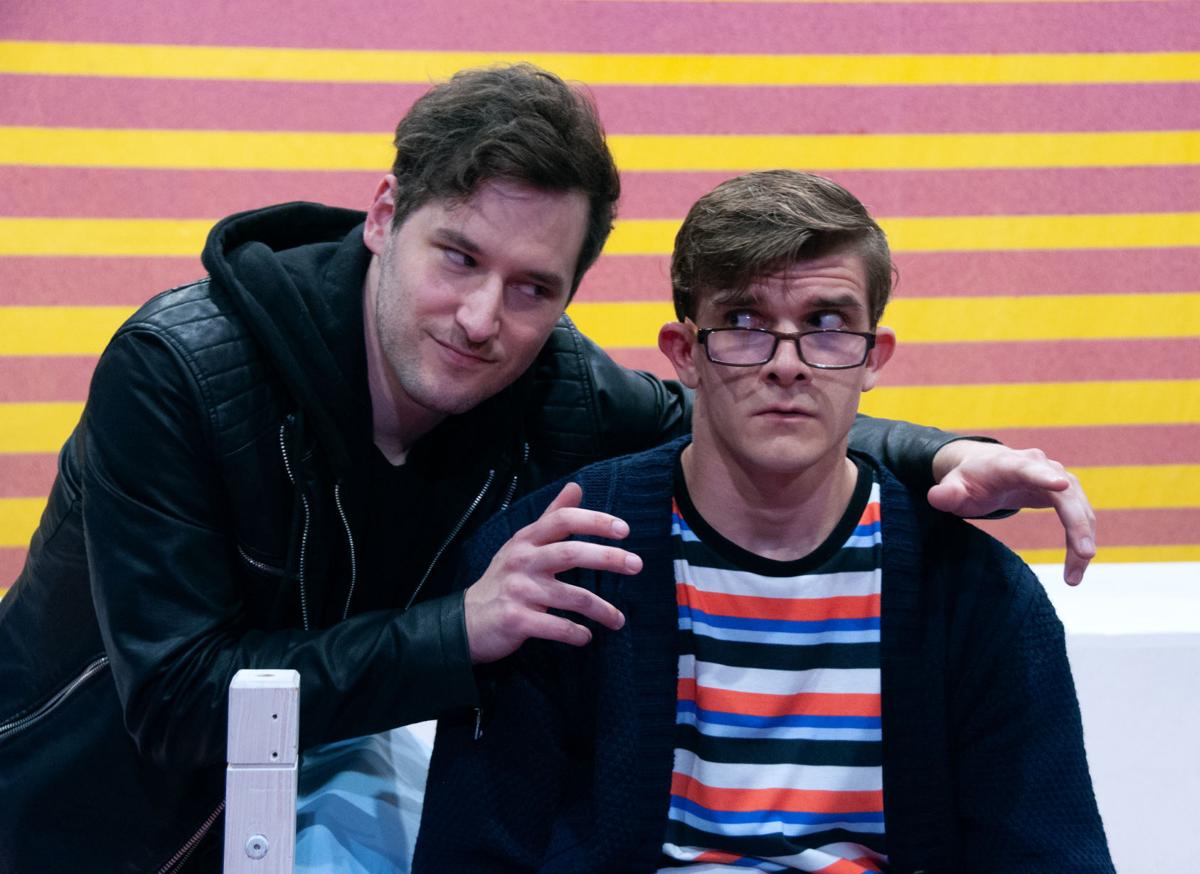 Sam Ninegar (left) as the Squip and Alex Rownd as Jeremy in "Be More Chill." 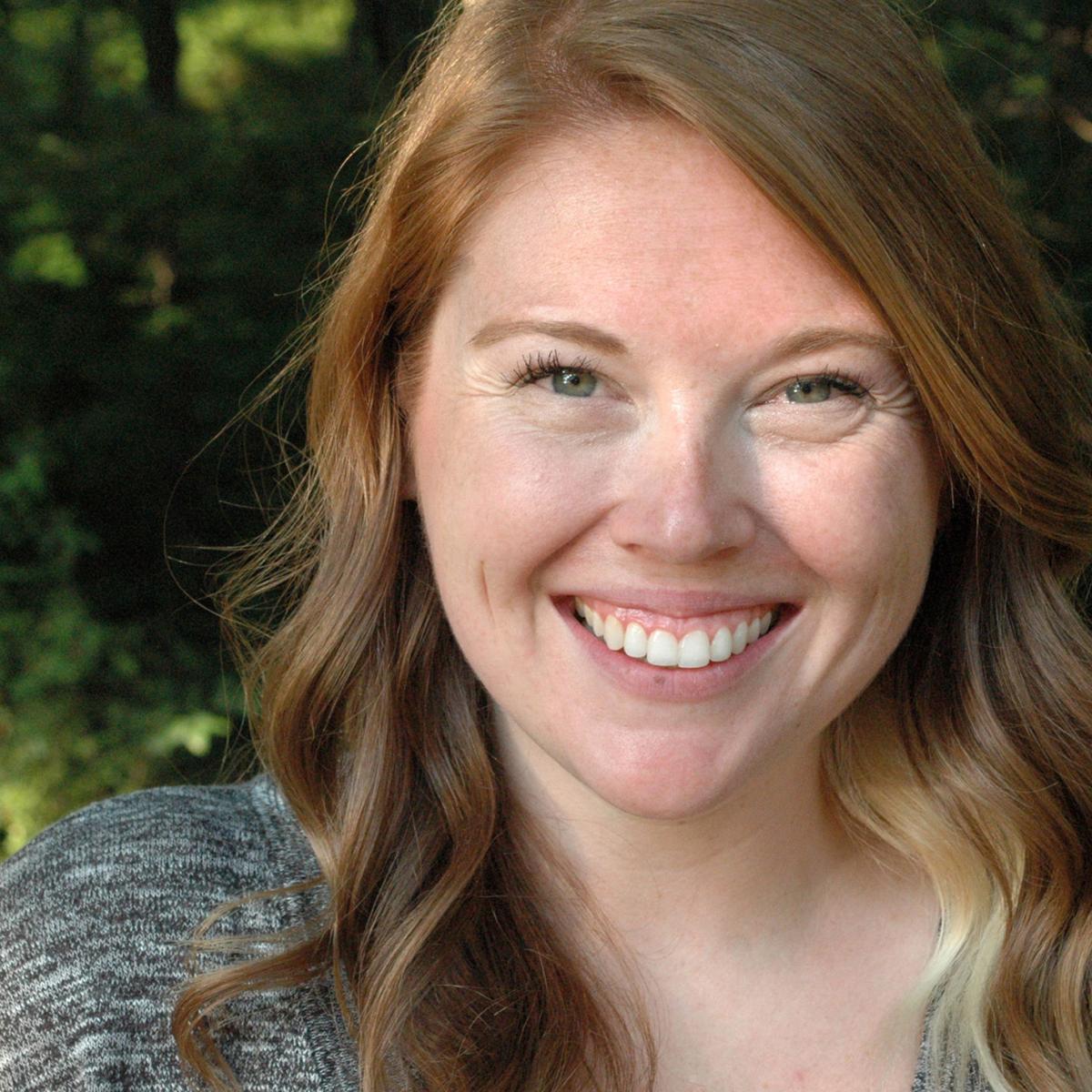 “Be More Chill,” a Broadway success story that can be credited to the power of social media, tells the tale of high school nerdiness, the quest for popularity and the need for universal acceptance.

And if that sounds like the trailer for any John Hughes movie, you're not wrong.

But its legacy will forever be based on its meteoric rise, its journey from a tiny theater in Red Bank, New Jersey, to Broadway and the unquestioned power of those tiny computers -- aka smart phones -- we carry with us each waking moment.

It seems only fitting that “Be More Chill” has found its way to Lincoln, thanks to a card-carrying member of something called Generation Y -- as in why? -- who offers no apologies or explanations for clinging to all of the social norms of his peer group.

Alex Rownd, who plays the leading role in “Be More Chill,” which opens Friday at the Lincoln Community Playhouse, was interning last spring at the Playhouse when the prospects of the new season came up.

He suggested to Executive Director Morrie Enders that they should do “Be More Chill.”

“I told him it wasn’t available,” Enders said. “It hasn’t even opened on Broadway. There’s no way we could get it.”

Rownd said it was on the Rodgers and Hammerstein catalog website, but Enders was still skeptical. He’s seen shows listed only as a means of garnering interest and generating buzz.

Still, to end the conversation, he filled out an application and didn’t give the matter a second thought.

A short time later, the staff at Rodgers and Hammerstein responded with a contract and license that gave the Playhouse the rights to the show.

That’s been the universal sentiment of this show and its quick rise to stardom.

The musical that debuted in 2015 at Red Bank’s Two River Theatre -- logistically an hour or so up the Garden State Parkway from Broadway, but intellectually, more like a million miles away -- and might have been left for dead at that small Jersey playhouse.

However, some online craziness began taking root. The cast recording of the play's songs inspired countless storyboard art presentations and a bunch of cheesy lip-synced video clips on YouTube. When it opened off-Broadway in 2018, its score had been streamed more than 150 million times.

“I found out about this show because it slipped its way into my recommended mix on YouTube,” said Rownd, who is juggling a double major in business and theater at Nebraska Wesleyan. “I had no idea what it was, but it was incredibly interesting. It caught my eye.

“It was very unique. It definitely relates to people my age, millennials and teenagers -- a young audience.”

The tried-and-true -- and sometimes stuffy -- establishment that is Broadway could not ignore this upstart, which didn’t necessarily knock down the retaining walls, but instead won over the masses, a new and young demographic, with a massive online information campaign.

“Be More Chill” is the oft-told tale of teen angst -- with a sci-fi twist -- that has always been prevalent in teenage entertainment. It tells the story of a goofy social wallflower named Jeremy Heere who is offered a computerized pill, called a Squip, that rewires him to run with the hip crowd. The Squip goes on to dictate his life.

“I feel like Jeremy is a really relatable character for a lot of audiences because we’ve all been in a position where we maybe don’t feel good enough, where we feel outcasted and we would like the opportunity to change,” Rownd said. “I think that’s something Jeremy represents well.”

“Be More Chill” debuted on Broadway in March and ran through August. In that time, it was nominated for a Tony Award and won countless other honors, garnering several fan awards. It will begin production in London next year.

That it will be performed here so soon after its initial splash is a big thing locally, says Molly Gilmartin, who will direct the Playhouse’s rendition of “Be More Chill,” which will be performed eight times through Nov. 3.

“There’s something with this show that is exciting,” said Gilmartin, the company manager and outreach coordinator at the Nebraska Repertory Theatre. “This show is going to be revolutionary for Lincoln. It’s a very fresh show. It’s a very new show.”

And that brings us back to Rownd, a Lincoln Southeast graduate who has found his way back to theater since transferring to Wesleyan from the University of Nebraska-Lincoln, where he was focusing his studies on business.

“A lot of things happened last year and I came to one of those moments where I questioned what I wanted to do with my life,” he said. “I knew theater was one of those things I wanted.”

So after being the catalyst to getting “Be More Chill,” it seemed only natural that Rownd would play the lead. Nobody wanted that more than Gilmartin, but he had to earn it.

He did just that from his first audition, she said, remembering his outfit that day: cuffed jeans, canvas Chuck Taylor high-tops, a striped T-shirt and a cardigan. In addition, he pushed his hair back “to look like even more of a nerd.”

“He knew what he was doing,” Gilmartin said. “I wanted this for him so badly. I wanted to give him this, but he had to earn it and he did. I am so excited for him to get in front of an audience and do this because people are really going to love him.

“… The things he brings to the show, he is so charmingly awkward, you cannot help but love him. Even when there are moments where he’s maybe not the most likable character -- he’s making the wrong choices -- you really are rooting for him the whole time.”

What makes this musical fun to direct, Gilmartin said, is that its newness provides a blank slate to audiences. Unlike, say, “Phantom of the Opera,” which opened this week at the Lied Center of Performing Arts, this story is new so Gilmartin was given far more artistic license to venture in her own direction.

An example of that is the Squip, which was played on Broadway by a character that resembled Keanu Reeves in “The Matrix.” Gilmartin chose to go in a different direction by making the Squip look like a modern-day, leather-jacket-wearing James Dean in "Rebel Without a Cause."

“I didn’t have a lot of struggles with this is how they normally do it because there is no normal for this show," she said. “It’s never been seen, period. I would be surprised if 20 people who come to see ‘Be More Chill’ have seen it before somewhere else.”

With its famous chandelier hanging over the audience, a revolving 24-foot-high drum that opens to reveal new sets and scenes, Tony Award-winni…

Alex Rownd (left) as Jeremy and Austin T. Rousseau as Michael in "Be More Chill."

Sam Ninegar (left) as the Squip and Alex Rownd as Jeremy in "Be More Chill." 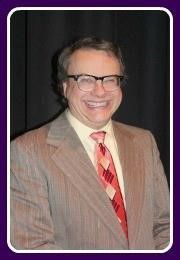