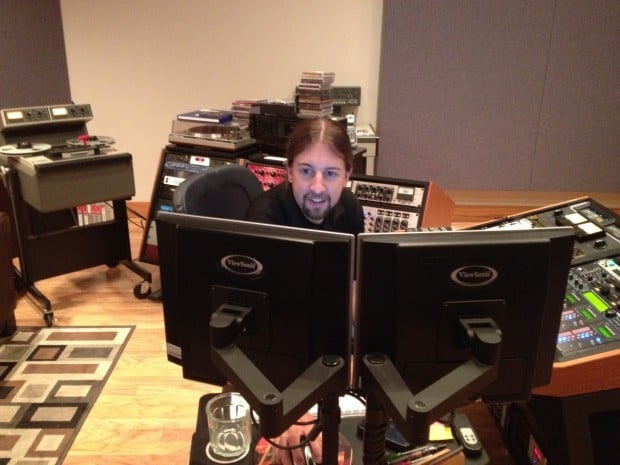 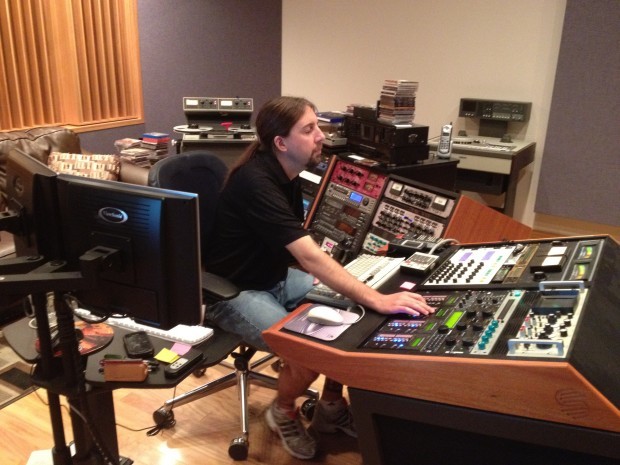 Doug Van Sloun listens to pieces of a Stone River Boys at the console in his Focus Mastering studio in Omaha. (L. KENT WOLGAMOTT/Lincoln Journal Star) 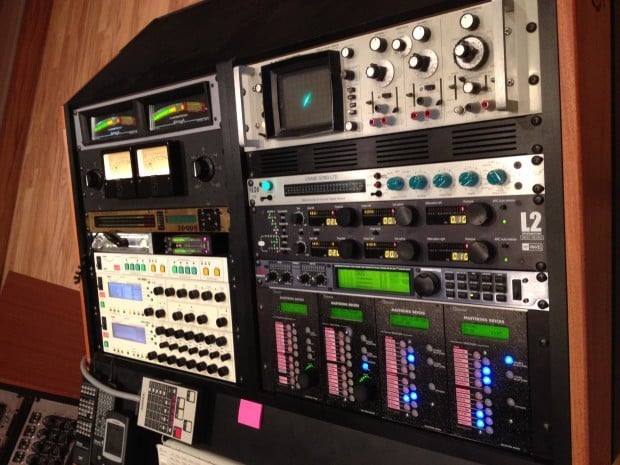 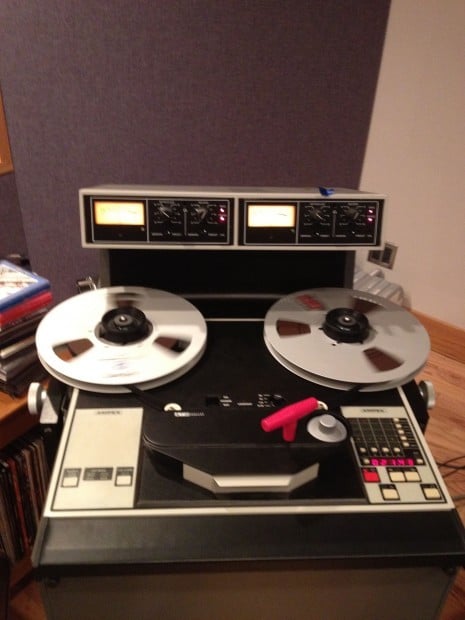 OMAHA -- Doug Van Sloun sits at his console, hitting a toggle switch that makes the music coming out of the towers of speakers in front of him cut back and forth between three songs.

Rolling his chair backwards, he turns and adjusts three dials on a limiting amplifier, working to get the sound of “Galveston County Jail” just right.

“It’s getting the full treatment, wash, wax and polish,” said Charlie Johnson, the Fuse Recording producer/engineer who recorded and mixed the Stone River Boys album that Van Sloun was working on at his southwest Omaha studio.

That studio is called Focus Mastering. That’s because mastering is all Van Sloun does -- and he does it on most of the records made in Lincoln and Omaha.

Mastering is the final step in producing a recording before it is sent to be reproduced and distributed. That reproduction could be digital, on CD and/or vinyl.

In every case, Van Sloun’s work is aimed at improving and tightening the sound of individual songs and, in the case of albums, making the record feel cohesive.

“Ultimately it comes down to making everything sound as good as possible,” Van Sloun said. “There are a lot of technical things involved with that. Basically, I bring an objective ear to the project and make sure it sounds cohesive and coherent -- not trying to make things sound the same but making sure the musical ideas that are in each song are together as a whole.”

In the case of “Galveston County Jail,” Van Sloun was running the song through a “low- end filter” while using compression, a process that “smashes” the sound, to pull down Mike Barfield’s vocals deeper into the overall mix.

While he was targeting the too-high vocals, Van Sloun doesn’t work with individual instruments and parts when he masters. Instead, he manipulates the entire mix, emphasizing some sounds and frequencies, reducing others and tightening the whole.

“So it’s not ‘the guitar needs to be louder’ but how do we make it appear louder. There’s some smoke and mirrors you can only learn from experience,”

Van Sloun opened Focus Mastering in December 2007. But he’s been working at mastering since the late '90s. But in 2002, he’d given up recording and mixing to exclusively master albums. In the last decade, he has worked on most of the early Saddle Creek releases, including records by Bright Eyes, Cursive and The Faint, and many of the other records to have come out of Nebraska studios as well as recordings by national artists, such as She & Him, Damien Jurado and Abra Moore.

He, whose work costs several hundred dollars a day, now constantly is getting projects sent electronically from around the country and the world.

“It’s from all over the place,” he said. “I’ve got one from Israel coming in this week. I did Dan McCarthy’s (McCarthy Trenching) project last week. I did the new Low Horse from Lincoln. I really like what those guys have going on. I did a project from Des Moines.”

Van Sloun had his trapezoid-shaped studio custom built, designed to be on par with the mastering rooms used by the industry’s top engineers.

“This is my third room,” he said. “The first couple were, relatively speaking, pretty humble. I thought if I’m going to be doing this for another 10 years I need to push myself to another level and get my work up to snuff. Once I got into the new room, there was a lot of stuff that cleared up for me  right away.”

The console is a special mastering machine, with two sound channels in and two out. The rest of his equipment -- compressors, limiters, speakers and tape machines -- could all be used in a standing recording studio. But “it’s so high end, it would be overkill,” he said. “I’ve got one machine that costs $10,000, as much as the ProTools program used by mixing studios. There’s no reason for them to have that kind of machine.”

Regardless of the equipment, much of Van Sloun’s work comes down to what he hears. Listening to music in its component parts, sussing out frequencies and hearing little problems, like vocals that have too much “s,” is a learned skill, he said.

“It’s something that is developed; I don’t think you really listen that way to start with,” Van Sloun said. “The downside is sometimes I can’t switch it off. I’ll go out to see music and go, ‘the vocals are too ‘ssy.' I have to try to flip that switch off and think, ‘I’m here to enjoy the music.’ But that doesn’t always happen.”

“There’s a little bit of stereo there,” Van Sloun said with a laugh after a few seconds when different sounds came from the two speakers.

“You should come up with a logo,” Van Sloun said. “Like the old ‘Stereophonic’ (logo) but use a little V instead of a wide V.”

For the next eight hours, Van Sloun listened to the small details he’d pinpointed in the songs, eliminating seemingly imperceptible “clicks” here, brightening other places and cutting both top and low ends of songs. “Those are the things that are going to pull the album together, make it more cohesive,” he said.

The day ended with a final listen to the finished process and a little business with Johnson, who said, once again, Van Sloun had worked his mastering magic.

“If you’re really wanting to get out the best material you can, mastering is where you can make the biggest leap forward or the biggest step back, just by changing one or two things,” Johnson said. “He’s the one guy I feel comfortable sending my stuff to and saying, 'do your thing.' That’s what he does, he makes stuff sound better.”

For more on Doug Van Sloun and Focus Mastering go to www.focusmastering.com

The Reverend Horton Heat hasn’t played Lincoln in seven years. But he’s back Friday night for what should be a revved up good time at the Bour…

Most every time Elizabeth Grimes sees a piano, she gets an overwhelming urge to play it.

Doug Van Sloun listens to pieces of a Stone River Boys at the console in his Focus Mastering studio in Omaha. (L. KENT WOLGAMOTT/Lincoln Journal Star)