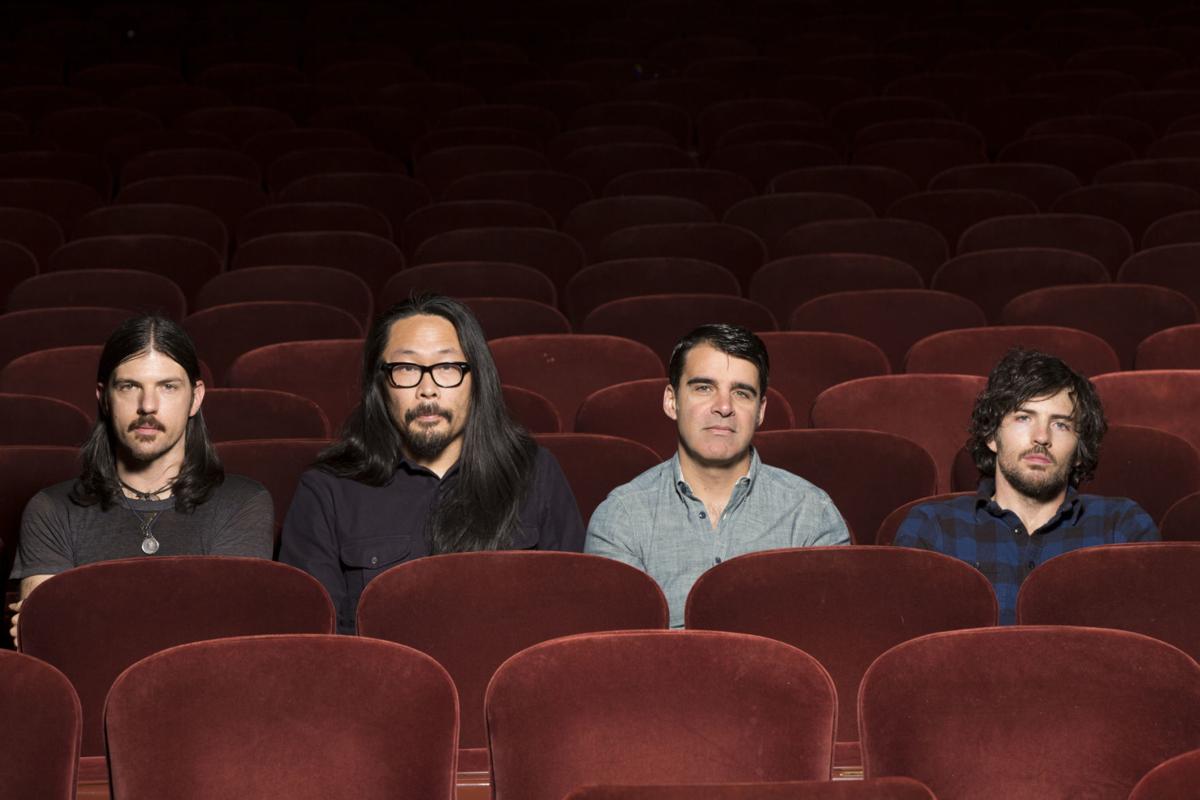 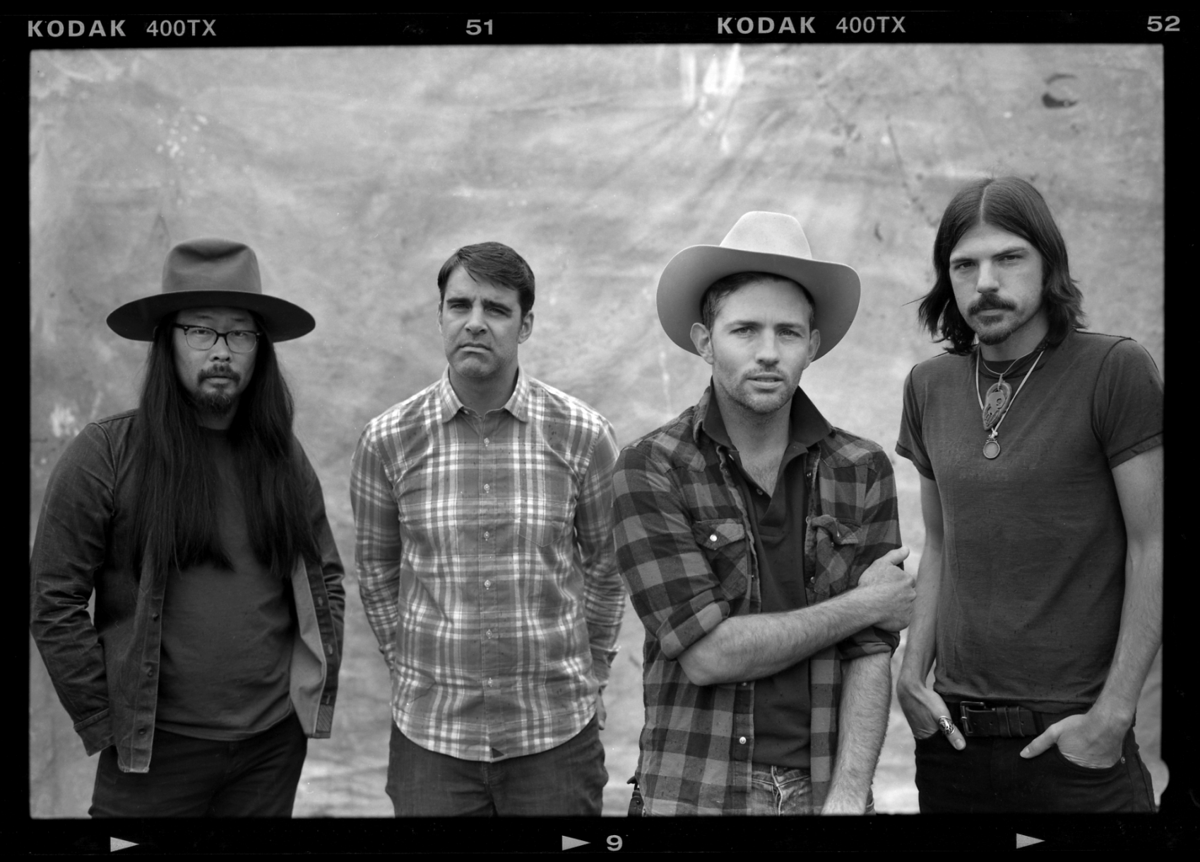 Since October, the Avett Brothers have released three singles and, last week, a lovely song “Sun Flood, or Drought” from the soundtrack of the documentary film, “The Biggest Little Farm.”

So, Seth Avett, are those songs a preview of what the album from America’s finest roots music band will be like when it’s released later this year?

“It’s kind of hard to tell at this point,” he said. “For one thing, being on the inside of it, it’s always hard for me to tell what it looks like from the outside. But also what people get from different songs is hard to know. And it’s still coming together, we don’t even have a date for it yet. Probably late summer or early fall, if all goes as planned, which it never does.”

“Genre-wise, we didn’t give a lot of consideration to a push,” Avett said of the songs for the new album. “I hear those four songs and they’re all from the same place. Definitely, part of it will be like that. I can’t really speak of it with a lot of certainty. It is an accurate portrait of where we are at this particular moment, which is what I most want out of a record of ours.”

That has been the case since Scott and Seth began playing acoustic shows at night while working in a band called Nemo in their home state of North Carolina, where they still live. When Nemo broke up in 2001, bassist Bob Crawford joined the duo and the Avett Brothers was born.

The Avett Brothers had their mainstream coming out in 2009 with “I and Love and You,” their critically lauded major-label debut. They first hit the top 10 with 2012’s “The Carpenter” and have now released nine studio records along with four live recordings that capture the band as it should be heard.

The Avett Brothers will be finishing album number 10 around a summer of tour dates that will take the band to festivals, like Bonnaroo and Mountain Jam and amphitheaters, including Pinewood Bowl, where they’ll stop Friday.

Those who come to the shows are sure to hear some new songs, perhaps the singles or some that haven’t yet been released.

“We’re going to start peppering in some of the new ones,” Avett said. “It’s really necessary for me to start doing them on the road, in the live show. It’s not right if a record comes out and we haven’t experienced them live.

“The studio and the road are very different places. In the studio, you work on this with all the care and love and then you step away from it. The farther we get from that, the more the record becomes a specific event. In the process of showing it to the world, we ... step back into it and experience the songs again live.”

The new album is the band’s follow-up to 2016’s Rick Rubin-produced “True Sadness,” criticized by some for being too “experimental” (they dared to use synthesizers) that became the first Avett Brothers album to hit No. 1 on the Billboard Top 200 chart and garnered a pair of Grammy Award nominations.

The making of that album and the lives of the band members when it was being recorded three years ago were captured in “May It Last: A Portrait of the Avett Brothers,” an acclaimed HBO documentary by directors Judd Apatow and Michael Bonfiglio that debuted at South By Southwest in 2017.

So what was it like, seeing yourself on the screen like that, presented for real, not playing a character?

“It is a little weird,” Avett said. “Filming it was definitely a little surreal and, watching it, we’re not used to seeing ourselves. We don’t really see what we look, our body language, whatever, when we’re having this intimate conversations. ... In the end, it was very beautiful and for the rest of our lives, it’ll be stepping into that chapter of our lives exactly how it was, which is unnatural in a way.”

The Avetts are now working on in yet another art form -- the musical. “Swept Away,” a musical slated to premiere in June 2020 at the Berkeley Repertory Theatre in Berkeley, Calif, uses music from the band’s catalog, particularly songs from 2004’s “Mignonette” as the framework for a story, set in 1888, of a shipwrecked crew, including two brothers, struggling to survive on the Massachusetts coast.

“I never had the vaguest idea that could possibly happen,” Avett said. “The thing is going to be incredible, it really is. John Logan, the fellow who wrote the thing, used our music as the engine, the thing that powers the story, he painted a piece with our palette. We got together with him after the first draft and have been checking in and making suggestions. It’s really a beautiful thing. It’s going to be very interesting. For me, seeing the songs used this way has created new meaning.”

The changing meaning is a revelation for Avett in part because the brothers’ songs are largely autobiographical, singing about their lives and those of their bandmates, be it good, or tragic.

“That was not exactly by design,” Avett said of the autobiography. “Early on, we realized in terms of, I don’t know, fuel, what we need to do them, in order to sing a song over and over and over again, it had be autobiographical in some way. If you look at artists, entertainers who don’t have any skin in the game, they run out of gas early, which I understand.”

So has becoming popular made it harder or easier to write and share the personal songs?

“Actually, it’s made it easier to share the personal things because of the connections we’ve made -- that we’re all one family, we’re all part of a big community has been laid out in front of us. You can’t take that in and be more guarded. Like my divorce, that I wrote about, I’m one of many that share an experience like that and there are probably some that want to talk about it. So I write about it.”

And he’s ready to come sing those personal songs along with his brother in Lincoln for the first time since a Pershing Center appearance in 2012.

Friday’s show is billed as “An Evening with The Avett Brothers, which means no support act ---the Avetts will likely start right at 8 p.m. -- and a long show.

“We’re really looking forward to getting back there,” Avett said. “And I want to see what that place is like. It sounds great. Tell people we’ll see them Friday.”

What: An Evening with the Avett Brothers

Consummate entertainer Cher has a blast at 'cool' Omaha concert

Tool to fill arena with its debut Lincoln concert Thursday

When tickets for Tool’s first-ever Lincoln show went on sale in March, it appeared that the Pinnacle Bank Arena concert that’s set for Thursda…

Tool rolled into Lincoln for the first time Thursday, captivating the 11,300 that filled Pinnacle Bank Arena with nearly two hours of its dist…

Kenny's back for another beach party in Lincoln

“The People’s Superstar,” “The Emperor of No Shoes Nation” and the top country touring artist of 2018 is on his way back to Lincoln.

Taking the stage with the rollicking “Satan Pulls the Strings,” then shifting into the quiet break-up “Morning Song,” The Avett Brothers kicke…

It was No Sit Saturday at Pinnacle Bank Arena.