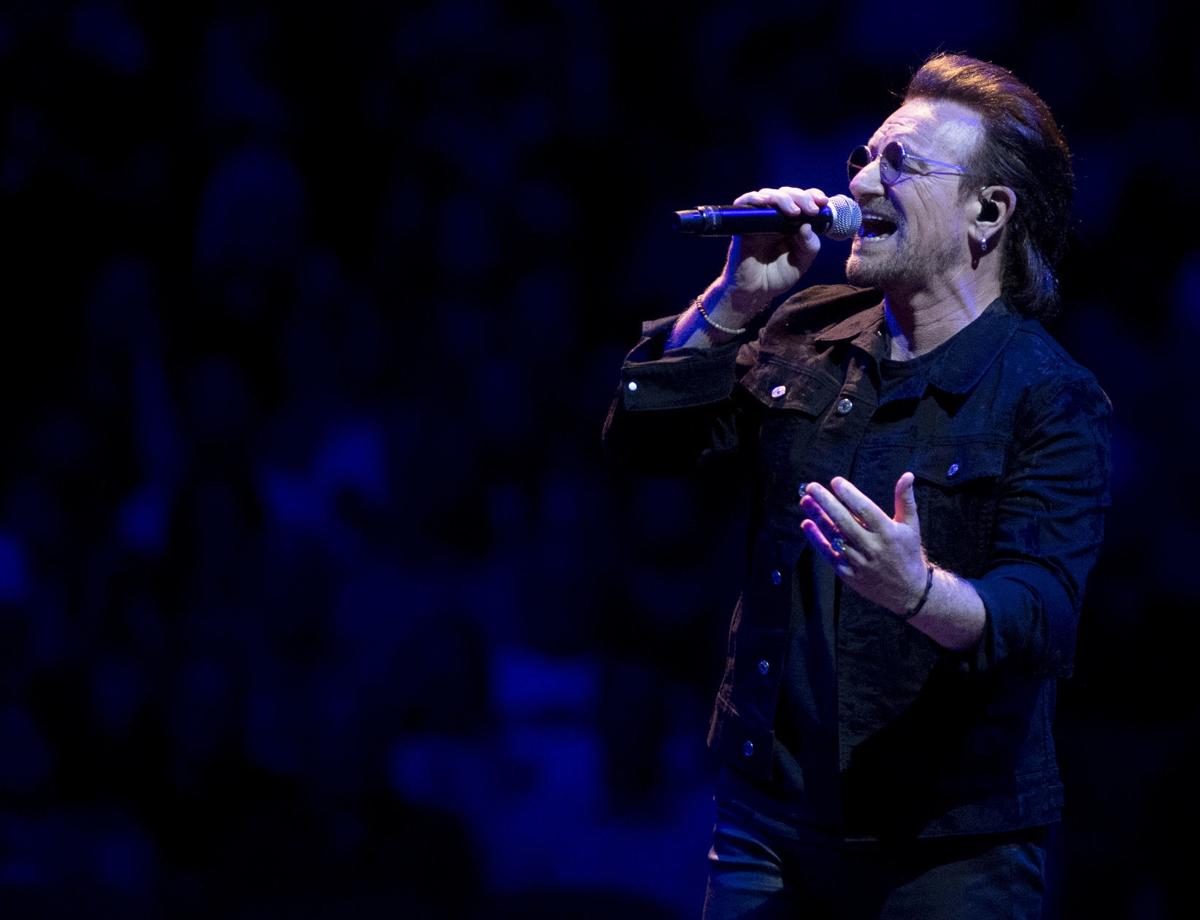 Bono performs with his band U2 on Saturday at CenturyLink Center Omaha. 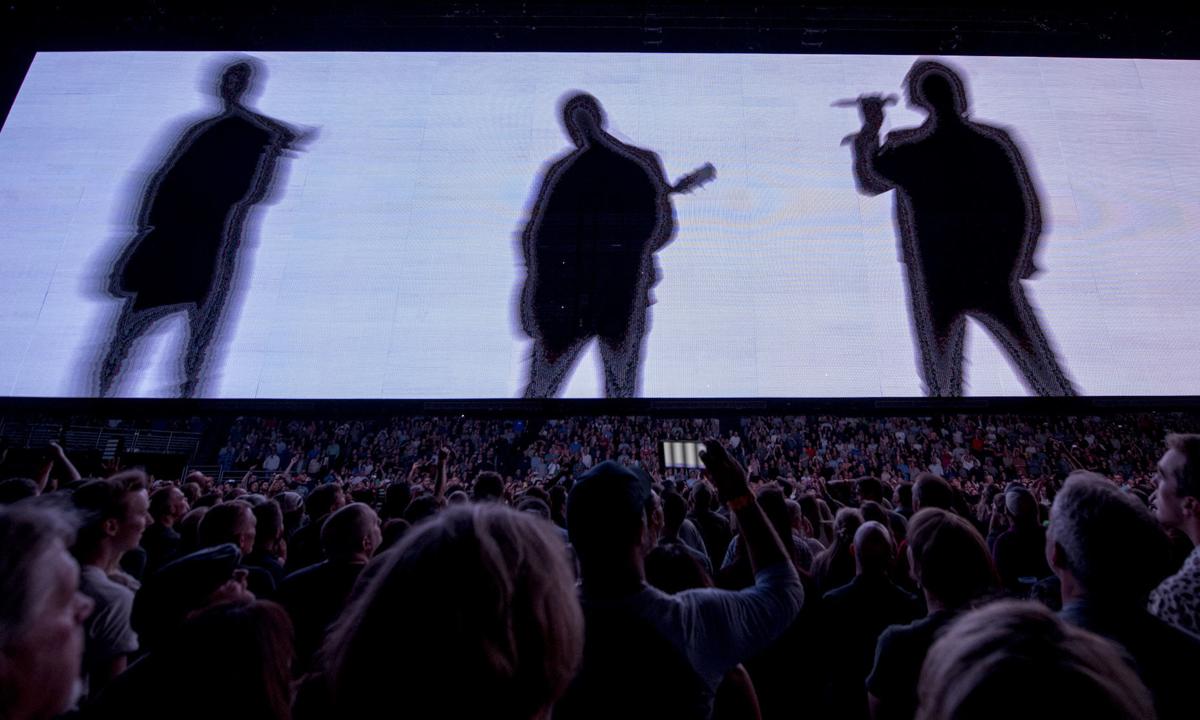 U2 performs Saturday in Omaha.

Nearly half of the songs in Saturday's two hour-plus show at CenturyLink Center Omaha come from the Irish band’s last two albums, 2014’s “Songs of Innocence” (that’s the one you got from iTunes, whether you wanted it or not) and last year’s “Songs of Experience.”

Together, those songs provided the narrative framework that took U2 and its charismatic singer, Bono, from childhood to the present.

That journey began midway through the first half of the show with first, “Iris (Hold Me Close)," Bono’s tribute to his mother, then journeying down “Cedarwood Road,” the Dublin street where he grew up.

That set the stage for “Sunday Bloody Sunday,” an exploration of the Irish troubles, then extended to the touching “Love Is All We Have Left” and the hard-hitting “The Blackout,” a pair of “Experience” songs that opened the show. Who says a narrative has to be linear?

U2’s shows are always spectacularly staged and Saturday’s was no different. A pair of giant translucent LED screens stretched most of the length of the arena. The band members performed inside the screen, on a walkway under it and had their images projected on it.

The show took a powerful political turn in its second half.

Returning from a brief intermission clad in a top hat, Bono joined the other three band members on a b-stage for “Elevation,” “Vertigo” and “Acrobat,” a political number from “Achtung Baby” making its live debut on this tour.

Then out came his demonic character MacPhisto, sing/talking The Rolling Stones “Sympathy for the Devil” with an added verse — “I was down in Charlottesville, Virginia, when the KKK zeig hieled together.”

As Bono and guitarist The Edge did an acoustic version of “Staring at the Sun,” images of the Charlottesville marchers, KKK members, neo-Nazis and fellow travelers flashed on the screen.

Picking up a bullhorn, Bono said “That is not America,” then as black-and-white pictures from the civil rights movement took over the screen, “this is America," beginning the anthemic Dr. Martin Luther King, Jr. tribute "Pride in the Name of Love" and creating the night's emotional peak.

Then Kendrick Lamar’s voice emerged, kicking off a thundering version of “American Soul,” with a giant American flag rising behind the band. Point made.

And during the encore, Bono dedicated “13 (There is a Light)” to those killed in the Santa Fe, Texas, school shooting Friday.

Oh, yeah, I nearly forgot to mention that U2 is one hell of a band with Larry Mullen Jr.’s martial drums driving the songs, Adam Clayton’s bass, the glue at the bottom and The Edge, a distinctive guitar master of the ringing, layered sound.

So U2 didn’t play “Where The Streets Have No Name.” So what? It was a powerful, uplifting and inspirational show from a still-vital band that refuses to become a nostalgia act — more power to them.

Photo's from U2's show in Omaha

Review: In the deeply resonant 'The Rider' a rodeo cowboy recovers from injury

“The Rider” is rodeo cowboy Brady Blackburn, a taciturn horse whisperer who rides saddle broncs in rodeos from McCool Junction to Fargo, North…

There was a funeral of a clown at Pinnacle Bank Arena on Thursday. A funeral with angels and harlequins, a little clowness, musicians and acrobats.

Bacon Brothers at the Bourbon and other buzzworthy concerts coming to Lincoln clubs this summer: Wolgamott

You might never have played the game Six Degrees of Kevin Bacon, but you could be six feet from Kevin Bacon very soon.

L. Kent Wolgamott: Staging for U2 concert in Omaha 'astounding'

Few artists can use songs that reference them as their intro music. Fewer still would have the nerve to do it.

Bono performs with his band U2 on Saturday at CenturyLink Center Omaha.

U2 performs Saturday in Omaha.