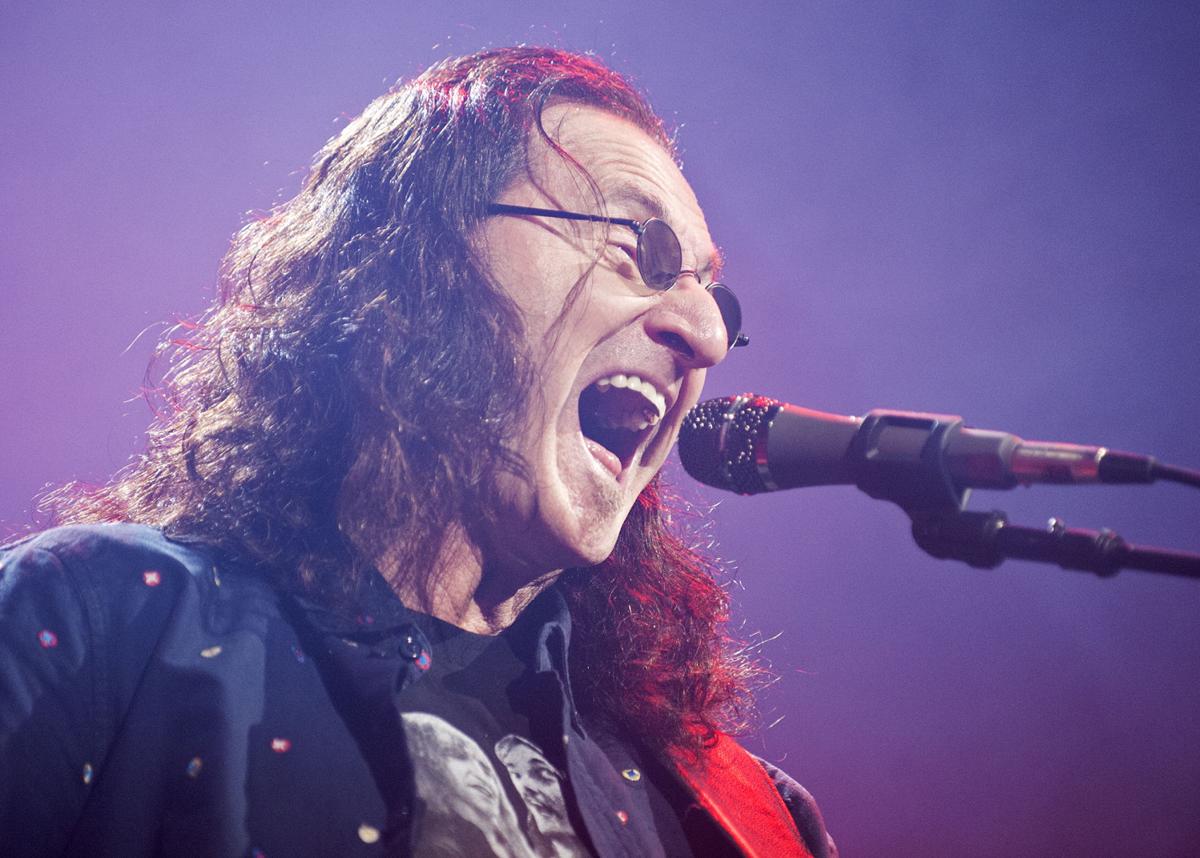 Bassist and lead vocalist Geddy Lee of Rush belts out one of the band's hits Sunday at Pinnacle Bank Arena. Lincoln was the second stop on Rush's R40 tour, which kicked off in Tulsa on may 8. 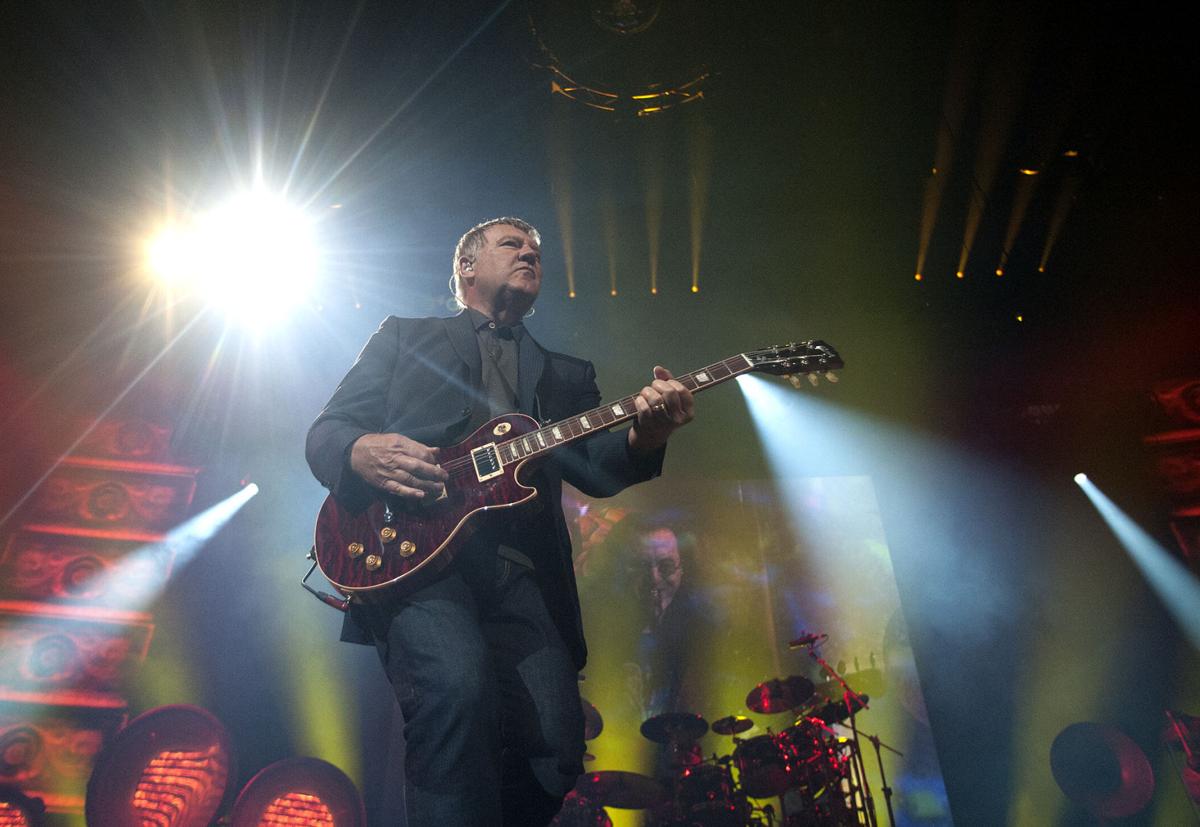 Guitarist Alex Lifeson of Rush performs during Rush's R40 tour Sunday at Pinnacle Bank Arena. Rush is playing 34 dates in the U.S. and Canada to commemorate the band's 40th anniversary.

The Canadians -- Lee, guitarist Alex Lifeson and percussionist Neil Peart -- proved again Sunday night at Pinnacle Bank Arena why they are three of the greatest rock musicians to ever grace a stage.

Rush, performing the tour’s second show, played nearly three hours, offering up two sets, with a brief intermission between them, and a four-song encore.

“We have all kinds of little goofy things for you this evening,” Lee told the audience after Rush opened with three songs from its “Clockwork Angels” album: “The Anarchist,” “The Wreckers” and “Headlong Flight.”

Indeed they did, from their roadies, attired in red jumpsuits messing with the stage props throughout the night -- at one time there were four coin-operated washing machines on stage for some unknown reason -- to the many comedic videos with some of them including cameos from such Rush fans as Jason Segel, Paul Rudd, Peter Dinklage, Jay Baruchel, Eugene Levy, the Trailer Park Boys and the “South Park” kids.

The concert also included a heavy dose of lighting effects -- the rain-like strobes on “The Wreckers” was extremely cool -- as well as pyrotechnics on “Far Cry” and “2112 Part 1: Overture.”

Heck, the Rock and Roll Hall of Famers even did the little things well. In “Subdivisions,” a video showing 1980s high school kids backed the lyrics “in the high school halls,” and Peart’s bass drum was emblazoned with the “2112” album cover for the show’s second half, hinting at what was to come.

The trio balanced the evening with newer material in the first half and vintage stuff in the second half, including crowd pleasers “Tom Sawyer,” “The Spirit of Radio,” “Xanadu” and, in the encore, “Working Man.”

They even dug deep into their repertoire, playing such rare songs as “How It Is,” “Between the Wheels” and one of my personal favorites, “Jacob’s Ladder.”

For three fellas in their 60s, they sounded just as good as they did 33 years ago when I saw them last at Omaha’s Civic Auditorium in September 1982.

Lee had no trouble hitting the high notes. Lifeson zipped up and down his guitar fret with ease, and Peart, well, he’s still the best percussionist in rock ‘n’ roll in my book. He wowed the audience with drum solos on “Headlong Flight” and “Cygnus X-1,” working up a sweat each time.

Rush showed they still have plenty left in the tank. If this was indeed their last tour, then they’re leaving a Geddy Lee high note. Boy, will they be missed.

Remember when those opposed to the construction of a new arena argued that, even if it was built, Lincoln wouldn’t get the top artists -- that…

10 most popular entertainment stories of 2015

Bassist and lead vocalist Geddy Lee of Rush belts out one of the band's hits Sunday at Pinnacle Bank Arena. Lincoln was the second stop on Rush's R40 tour, which kicked off in Tulsa on may 8.

Guitarist Alex Lifeson of Rush performs during Rush's R40 tour Sunday at Pinnacle Bank Arena. Rush is playing 34 dates in the U.S. and Canada to commemorate the band's 40th anniversary.