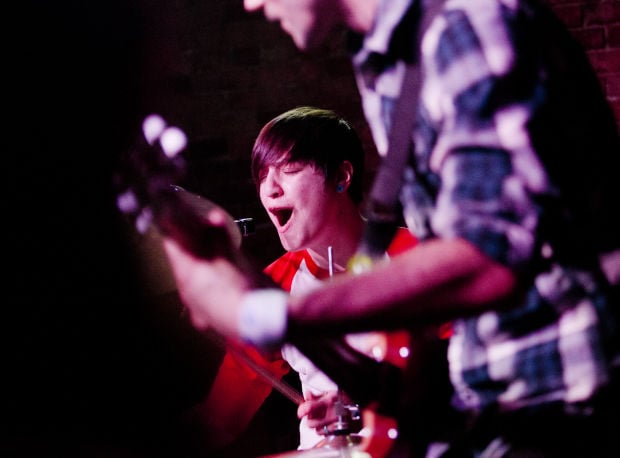 Once a Pawn plays at Duffy's Tavern during the final day of Lincoln Exposed. 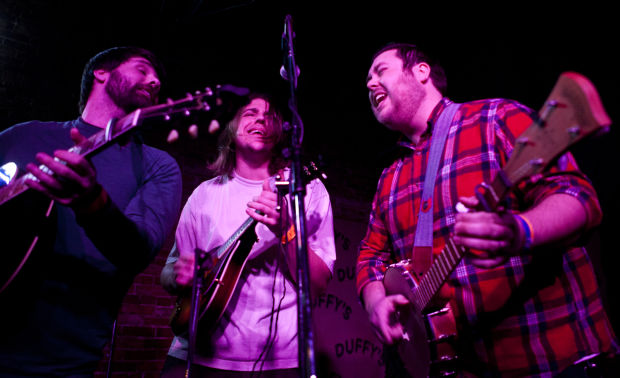 Bud Heavy and the High Lifes perform at Duffy's Tavern at Lincoln Exposed. 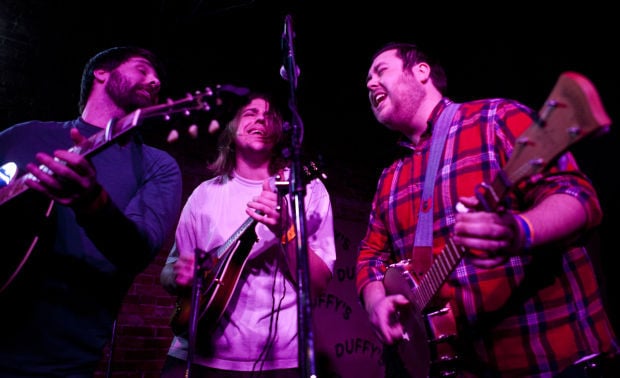 Bud Heavy and the High Lifes will perform their Lincoln Exposed set at 10:40 p.m. Thursday at Bodega's Alley.

Nine years ago, Zoo Bar owner Pete Watters wanted to showcase local bands by putting together a week featuring three or four groups a night and calling it Lincoln Exposed.

Last week, the Zoo, Duffy’s Tavern and the Bourbon Theatre Rye Room were filled with music and people for four days to see more than 70 Lincoln bands and solo performers.

So, Mr. Watters, did you foresee this happening when you started Lincoln Exposed?

“I kind of did, actually,” Watters said Saturday as Gloworm performed on the Zoo stage. “The first year, it went really well. But it was hard to keep everybody in here with all the different bands. I thought it could grow into something big. I could tell people would like it, if they’d give it a try.”

The week’s attendance is likely a Lincoln Exposed record -- particularly impressive given that Saturday was the only day of the festival during which evening temperatures were above single digits.

“It’s a pretty crazy turnout the last four days with the weather we’ve been having,” Watters said. “It’s a testament to the talent in Lincoln and the appreciation people have for it.”

It’s also a testament to the organizers and the clubs. The festival ran like clockwork every night -- bands starting and ending on time -- making it possible to see a dozen or more performances each day.

On Saturday, to choose one night, I was able to see eight bands in just over three hours, averaging about 20 minutes each. That’s about half a set, plenty of time to get what the band’s all about.

Over the four days, I saw 31 bands and solo performers -- some for a few minutes, some for the entire set. My takes on the Wednesday and Thursday shows ran in Saturday’s Journal Star.

On Friday, I was on my way to the Zoo to see the Dylan Bloom Band when I crossed paths with Spencer Munson, who told me that all three venues had run out of wristbands -- evidence of the turnout and a good problem for a festival to have.

Bloom, who lives on a North Bend farm, is a young country artist who, with his band, sound like Steve Earle crossed with a little Tom Petty.

Bloom’s voice has just the right ragged edge. Jason Ferguson can play that guitar, and Bloom writes superb songs that connected on first hearing. There’s plenty of potential there -- some of which is already being borne out on the Red Dirt country circuit.

I’d come to the Zoo from the Bourbon, where I caught another of the night’s most impressive bands -- Life is Cool.

The seven-member outfit, with sax, trumpet and male and female singers, filled the Rye Room with fog while delivering a set of '80s-rooted Talking Heads-meets-B52s-meets-Brian Ferry dance rock. A real, clearly defined band, Life is Cool shook things up with lots of on-stage energy and catchy well-played and well-arranged songs. It was indeed cool.

The socialist punk band roared through a set powered by guitarist Matt Bokovoy, sounding like a blender full of Iggy & The Stooges and Fugazi. And it was loud. Singer Byron Anway graciously offered earplugs to the audience. Most, however, chose to stand near the Duffy’s bar, blown away by the blast of Red Cities. That is rock 'n’ roll.

On Saturday, T.J. Saddler made his Zoo Bar debut. Bringing contemporary soul/R&B to the fest and working to tracks he has cut at SadSon studio, Saddler, a fine singer, really connected with the audience, and the show added variety to the rock- and folk-dominated lineup.

Saddler’s SadSon partner Lucas Kellison and his band the Undisco Kids followed with a bracing set of funk and soul, making for a fine night of urban sounds.

One thought I omitted from Wednesday was about the best song about guys I know. “Max & Otto” tells the saga of the Meza brothers working as dishwashers at a local hotel. It came from Answer Me, which ripped through a set of driving, fuzzy guitar-filled rock in the Rye Room.

Finally, Jeremiah Moore and the Bourbon staff made some fine waffles and accompanying sauces throughout the festival, handing out samples to festival-goers. The Bourbon will offer waffles at its coffee shop and at some shows in the near future. They’re good.

Lincoln Exposed will be back in 2015. But it’s not likely to be bigger in the number of venues and performers.

“It’s in February, and with the weather we have it’s about the right distance to walk,” Watters said. “There aren’t any other music venues on these couple blocks. It’s too far to go over to Vega. They understand that. I just don’t know how to grow it any more.”

​Reach L. Kent Wolgamott at 402-473-7244 or kwolgamott@journalstar.com, or follow him @LJSWolgamott.

Once a Pawn plays at Duffy's Tavern during the final day of Lincoln Exposed.

Bud Heavy and the High Lifes perform at Duffy's Tavern at Lincoln Exposed.

Bud Heavy and the High Lifes will perform their Lincoln Exposed set at 10:40 p.m. Thursday at Bodega's Alley.