Adam Levine of Maroon 5 performs during the 2019 Super Bowl halftime show. The band will be at Lincoln's Pinnacle Bank Arena on Aug. 6. 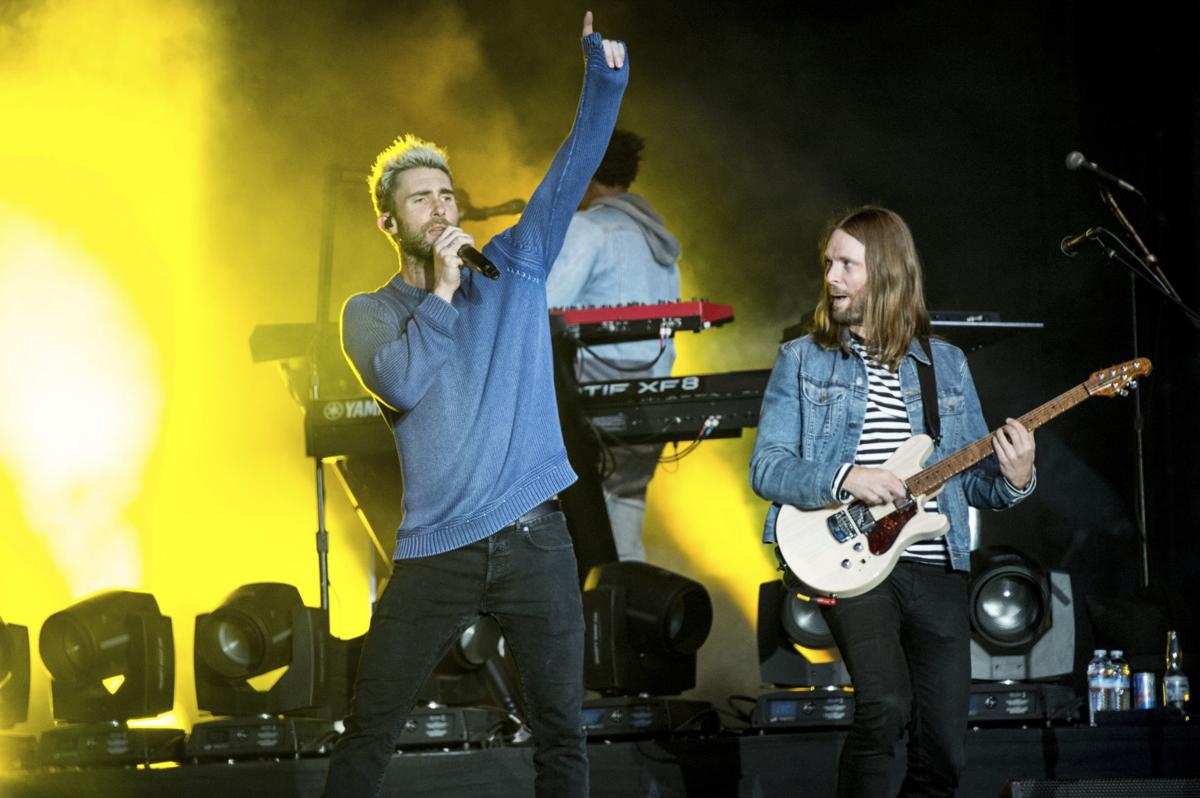 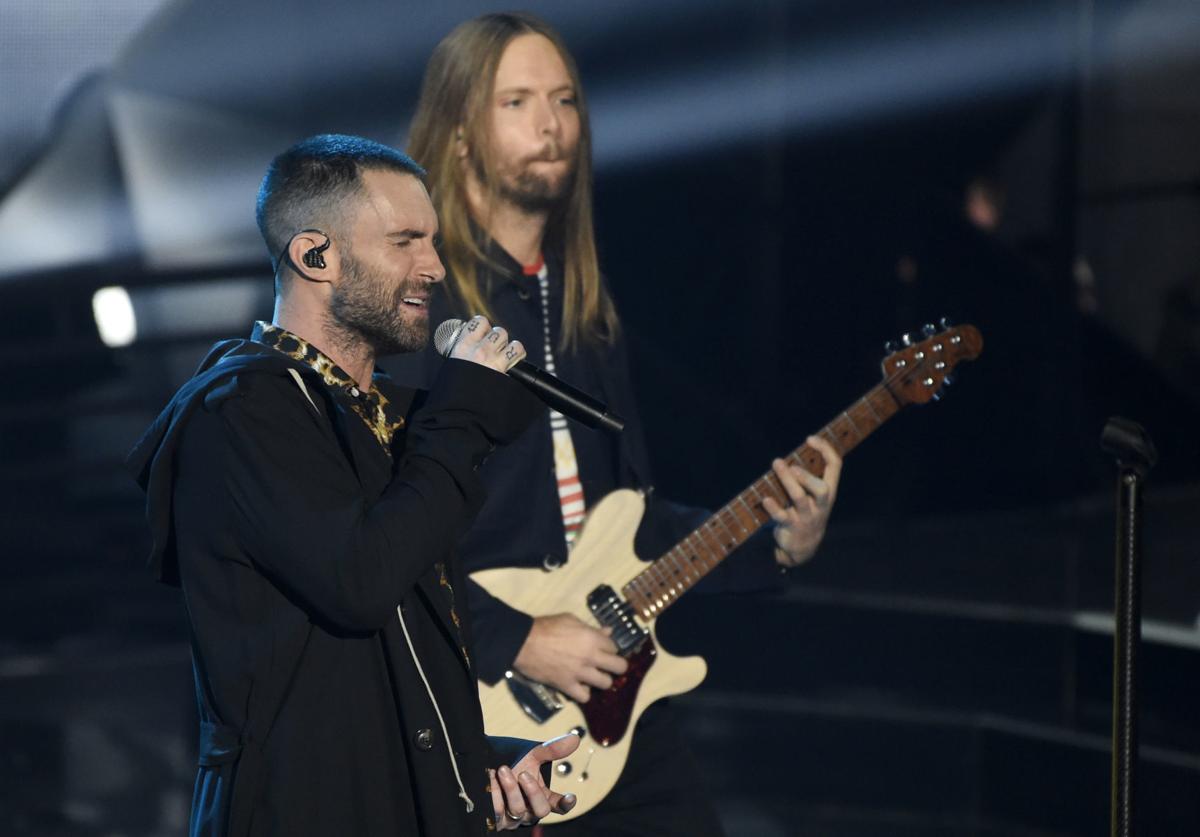 Adam Levine (left) and James Valentine of Maroon 5 perform during the 2018 iHeartRadio Music Awards at The Forum in Inglewood, Calif.

They’ll be at Pinnacle Bank Arena on Aug. 6, the second time they’ve played there and the third time the multi-platinum band has performed in the hometown of its guitarist Valentine.

The show will come about halfway through the band’s 41-date North American tour, where it is playing many of its concerts outside.

“It’s huge to have them come back,” said arena manager Tom Lorenz. “They have such a broad appeal and to see the list of other venues they’re playing — Wrigley Field, Fenway Park and a lot of Live Nation sheds (outdoor amphitheaters) — to have Lincoln get a show in an arena is really special.”

Maroon 5, which played the Super Bowl halftime show in February, just released “Memories,” a ballad carried by Valentine’s clean guitar line. Now at No. 4 on the Billboard Hot 100 chart, the song is the band’s 10th top-five hit and 12th top-10 this decade. The “Memories” music video has been seen more than 185 million times on YouTube, pushing the band’s catalog views to more than 12 billion.

Valentine, a Lincoln Southeast and University of Nebraska-Lincoln graduate, moved to Los Angeles with his Lincoln band Square in 2001. The next year, he teamed up with a band called Kara’s Flowers. Changing its name to Maroon 5, the band toured behind its first album “Songs for Jane” for a couple years before the song “Harder to Breathe” became a top-10 hit and sent the band to multi-platinum sales and international stardom.

Maroon 5 first played Lincoln at Pershing Center in 2005, a small venue show that Valentine essentially made the band play. It played Pinnacle Bank Arena in 2016. Valentine returned home in 2017 for a Lied Center show with the Nebraska Jazz Orchestra.

Meghan Trainor will open for the entire tour. She’ll release her third album, “Treat Myself,” on Jan. 31.

It’s beginning to sound a lot like Christmas in Lincoln

Not everyone should delve into the world of Christmas music. If the late George Michael were alive today, he might agree.

Never, ever believe any band that says it is doing a farewell tour.

Adam Levine of Maroon 5 performs during the 2019 Super Bowl halftime show. The band will be at Lincoln's Pinnacle Bank Arena on Aug. 6.

Adam Levine (left) and James Valentine of Maroon 5 perform during the 2018 iHeartRadio Music Awards at The Forum in Inglewood, Calif.