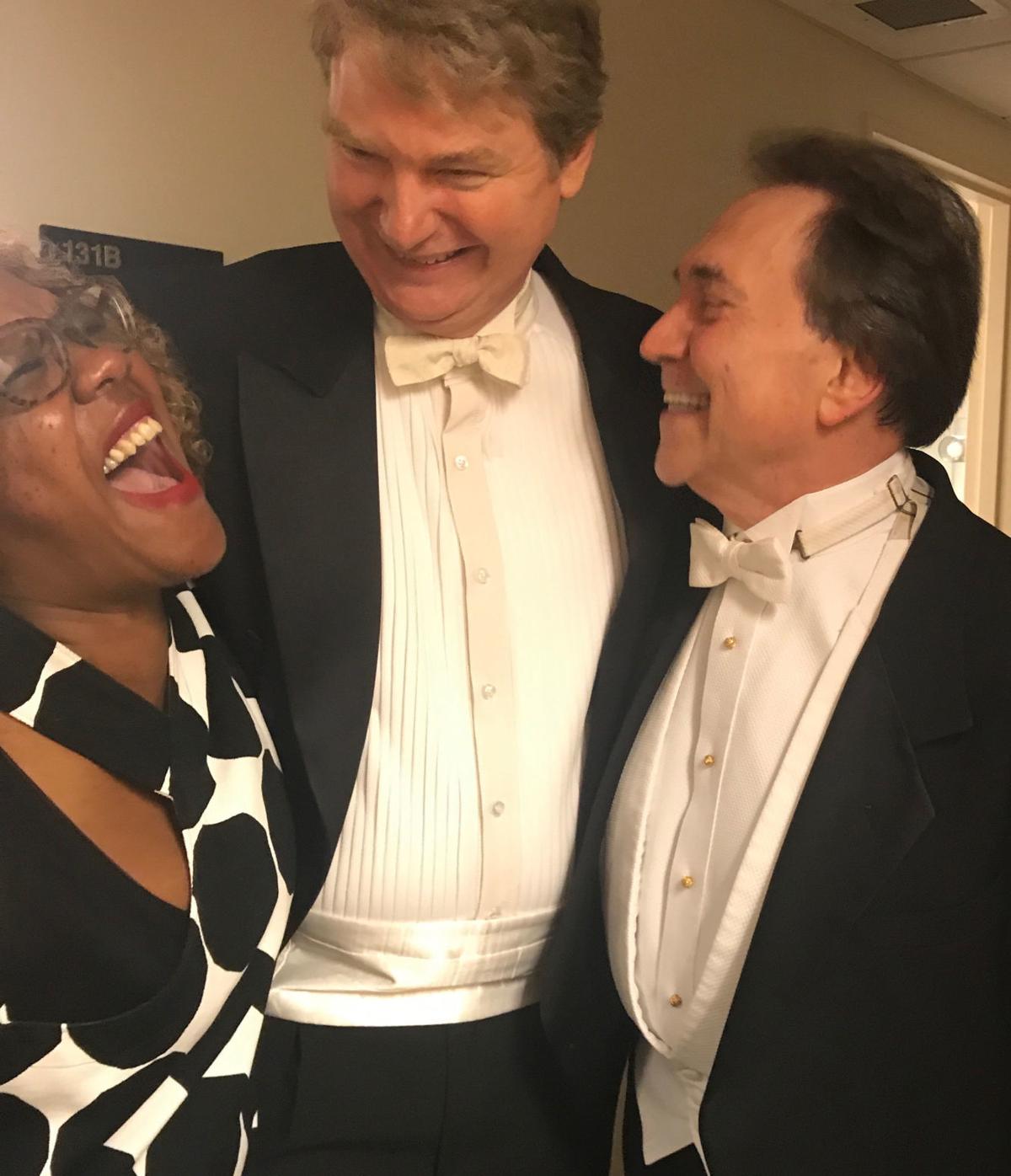 The Feb. 2 Music from the Heart Gala for Lincoln's Symphony Orchestra included the performance of a piece by British composer Errollyn Wallen for piano and violin that LSO Executive Director Barbara Zach had commissioned to celebrate Polochick's and Miller's collaboration. Pictured here, Wallen shares a laugh with Miller (center) and Polochick after the May 16, 2018 premiere of her composition. 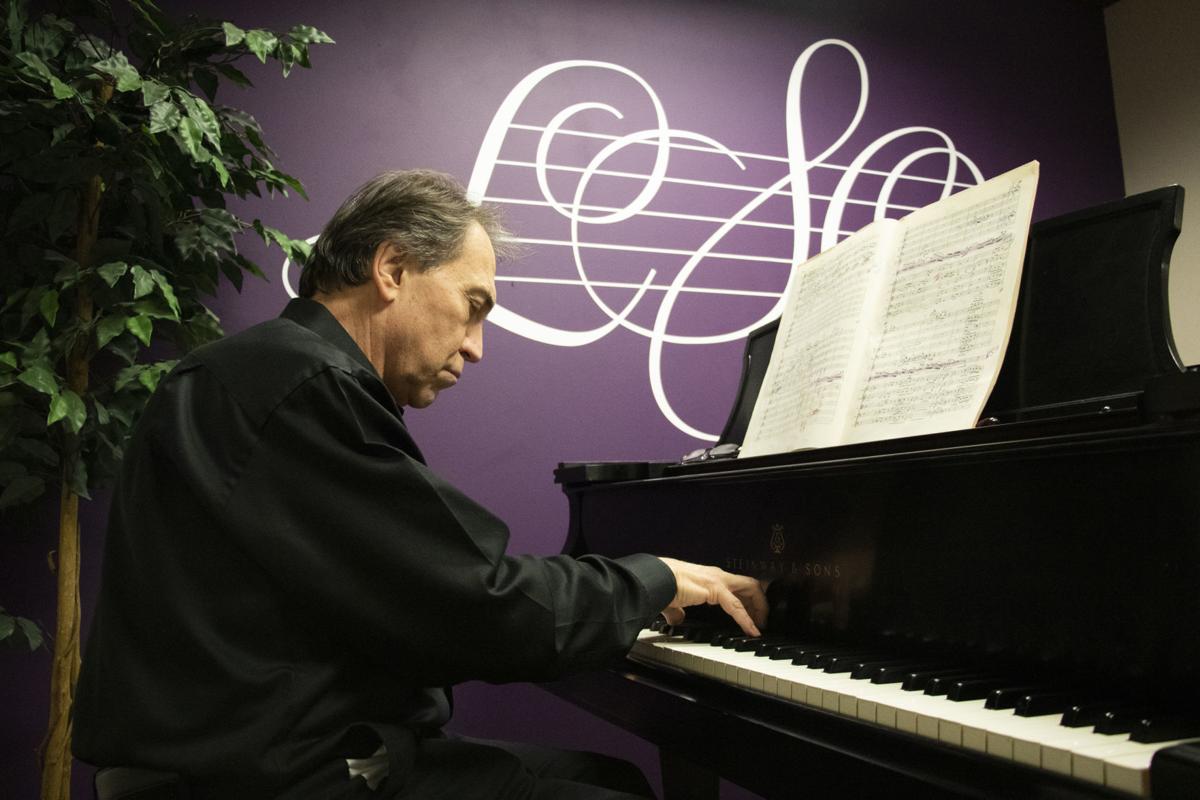 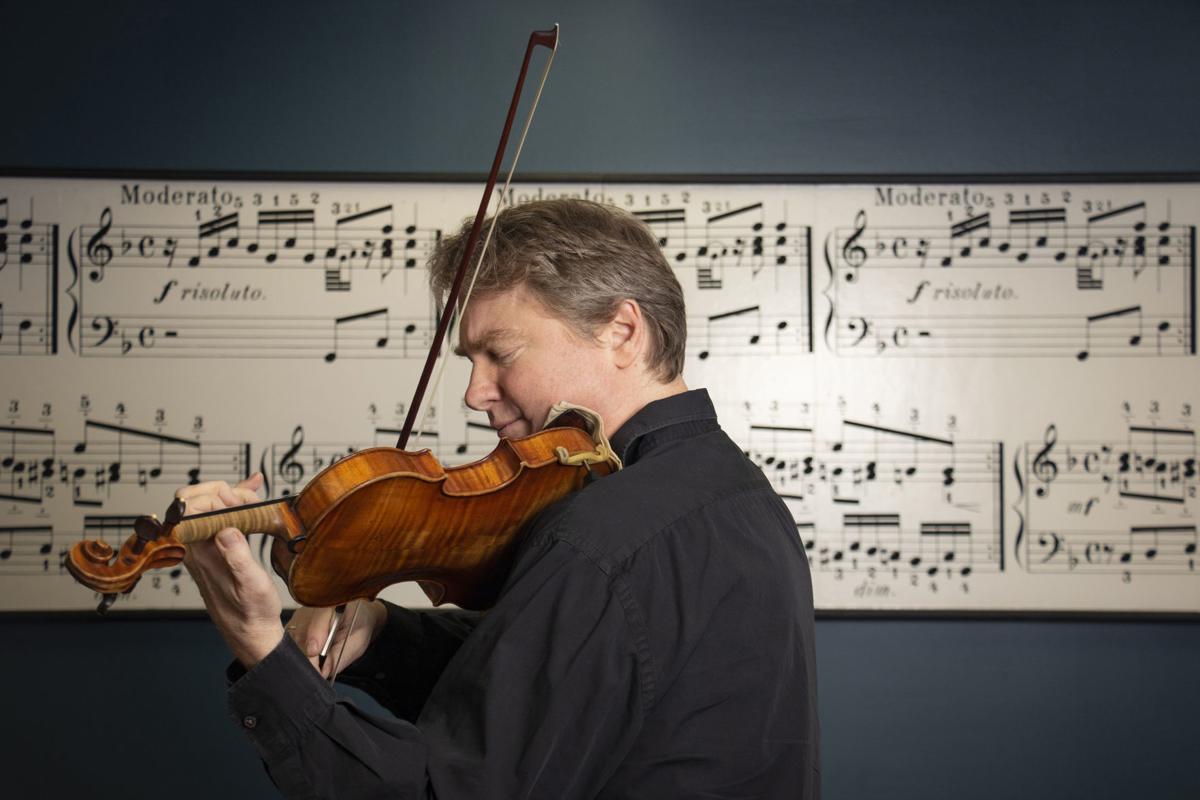 It truly began—although that wasn't quite the beginning—with a road trip. Lincoln’s Symphony Orchestra Music Director Edward Polochick needed to get from the East Coast to Nebraska. Despite the recent attacks on the World Trade Center on Sept. 11, 2001, the symphony would not cancel its upcoming performance.

There was just one problem: getting halfway across the country.

Flights and trains had been canceled, all cars rented out, and the backlog of stranded passengers meant options to arrive in time for the Sept. 18 performance were limited. Worse, Concertmaster Anton Miller, who had been visiting family, was stuck in Oberlin, Ohio.

It took Polochick a couple days by bus to make it to Miller. Together, they drove the rest of the way.

While Miller and Polochick had worked with each other during the first two seasons of Polochick's term as music director, it wasn't until that car trip that they truly had a "bonding experience," as Polochick would later say.

A symphony first formed in Lincoln in 1927. From its earliest days, its mission was dedicated to musical education, with plans for regular children's concerts. In the decades since, LSO has become the lodestar of the Lincoln music scene, bringing technically accomplished performances of Dvořák and Brahms and Beethoven, but always holding true to the idea that if classical music isn't to ossify—not "become a dinosaur" in Polochick's words—it should be for everyone.

This inclusiveness was behind the dramatic move LSO made in 2011, when it slashed its ticket prices and moved to the Lied Center for Performing Arts. It paid off, and soon the symphony doubled its audience size. Polochick and Miller are quick to bring up in conversation LSO’s regular concerts for school-age children. These performances are welcomed not only by the kids, but also by the performers.

“I’m really amazed at that,” Polochick says. “Because our orchestra is made up of music educators, they understand the importance of music education in a very special way.”

That kind of outreach isn't often seen with the larger urban orchestras, he says. LSO's board and staff are committed to expanding the orchestra and making sure classical music is available to everyone.

In the last two decades, the special connection between Polochick and Miller has elevated the symphony's music to another level. Both teach at well-regarded music schools—Polochick at the Peabody Institute at Baltimore, and Miller at the Hartt School in Connecticut—and both have performed all over the world. Polochick is an accomplished pianist and harpsichordist, and Miller an eminent violinist (Polochick says "you can match him against anyone in the world") whose impressive musical resumé can't possibly be adequately summed up here. Polochick recently hit his 20th year conducting LSO; Miller has been concertmaster for more than 30 years.

It is unusual, says Barbara Zach, LSO's executive director, to have such continuity with a conductor and concertmaster.

“You don’t always get that with orchestras," she says. "That stability in leadership. Having that consistency is such a special thing.”

It undoubtedly helps, as well, that Zach herself has been in her position for more than 14 years. Together, the three of them seem preternaturally at ease with one another. They laugh and joke and stitch together sentences. When they are together, there is the obvious sense of incredible comfort with one another: each praises the others while downplaying their own contributions.

As the principal violinist, communicating Polochick's ideas and the intricacies of the performances falls on Miller. Fortunately, because he and Polochick have such an easy rapport and common approach, Miller says, doing that part of his job is effortless.

“We’re understanding music in the same ways," he says, "so we have a common language about it, a common idea about it. And so it’s extremely easy for me to interpret what Ed wants and be able to demonstrate what that is.”

And the rest of the orchestra follows Miller well, Polochick says.

“I think the response from the musicians to those collaborate ideas—the response here—is always just really great," he says.

The reception from Lincoln, too, seems to grow warmer with every year. At a recent fundraiser, LSO had to add tables to accommodate extra attendees. The gala included a piece by British composer Errolyn Wallen for piano and violin that Zach had commissioned to celebrate Polochick's and Miller's collaboration, which had debuted at the end of the 2018 season. Many at the gala were in tears, overwhelmed by the music and the fraternity on display.

Before the interview for this story, Miller and Polochick hadn't yet seen each other during their current visit to Lincoln. Amazingly enough, though both are fixtures of the Lincoln community, they live in different parts of the East Coast. Upon seeing each other again, they shared a long hug, and seemed excited to kick off the nonstop string of events that would reach its apogee with Miller's featured solo performance.

Six years ago, Kaia Anderson, then 12, was getting ready for her for first starring role -- that of Pinkalicious -- with the Lincoln Community…

The Feb. 2 Music from the Heart Gala for Lincoln's Symphony Orchestra included the performance of a piece by British composer Errollyn Wallen for piano and violin that LSO Executive Director Barbara Zach had commissioned to celebrate Polochick's and Miller's collaboration. Pictured here, Wallen shares a laugh with Miller (center) and Polochick after the May 16, 2018 premiere of her composition.