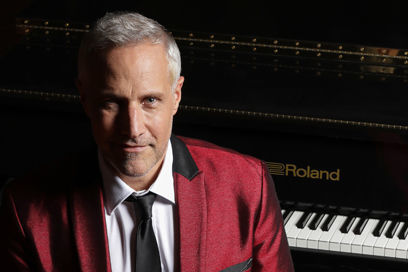 Jim Brickman will play the Rococo Theatre on Wednesday and Thursday. 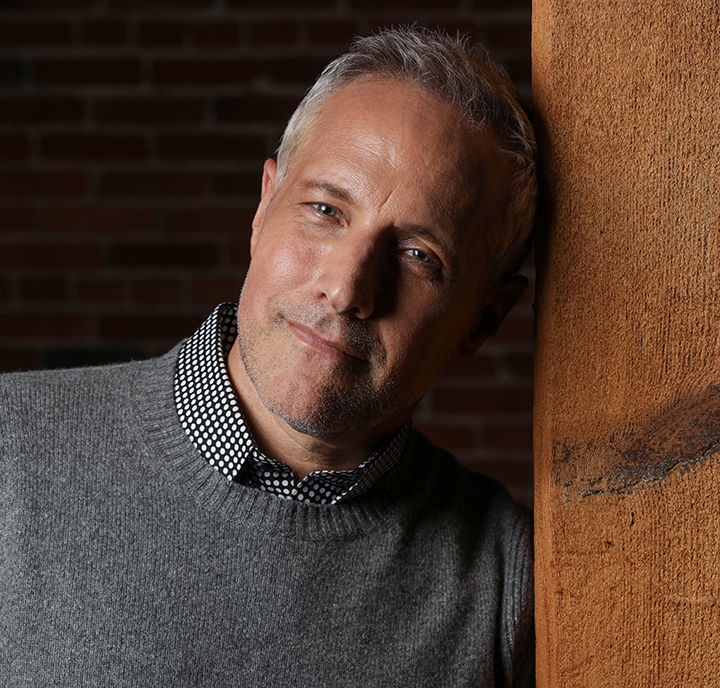 Jim Brickman is the top-selling solo pianist ever. 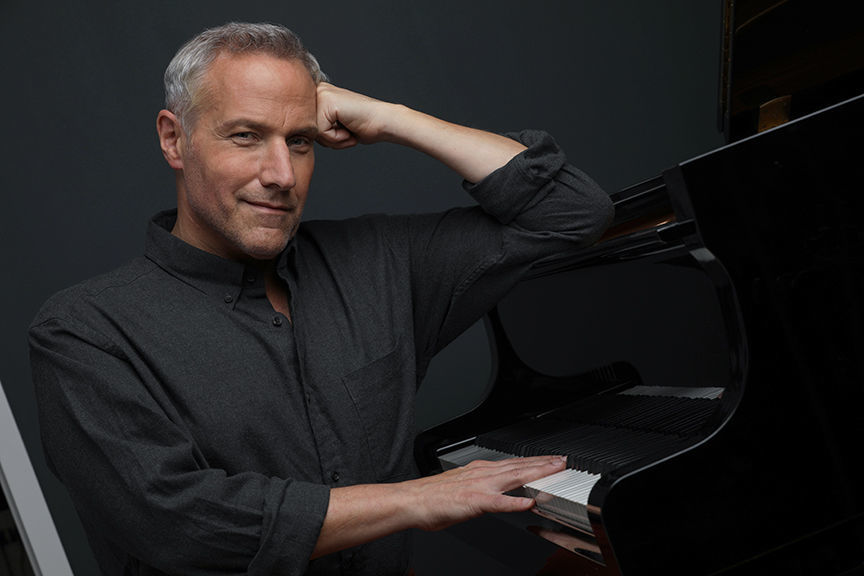 Brickman is in the 22nd year of his Christmas tour. 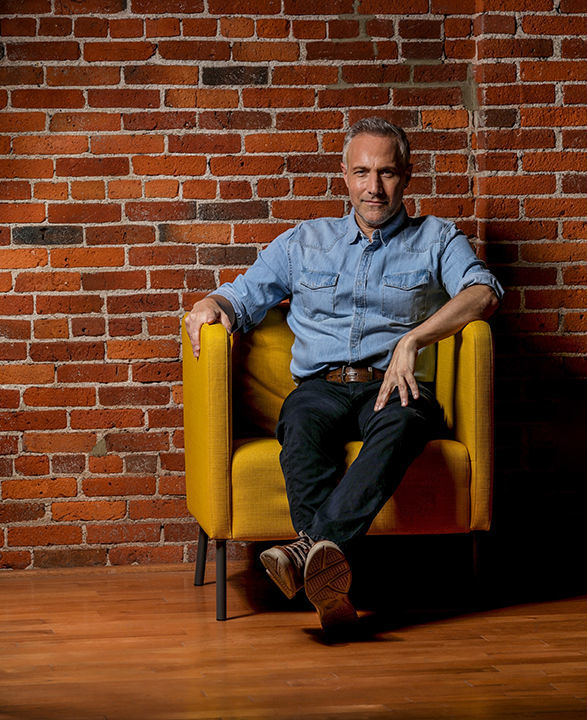 The 58-year-old Brickman got his start writing commercial jingles. 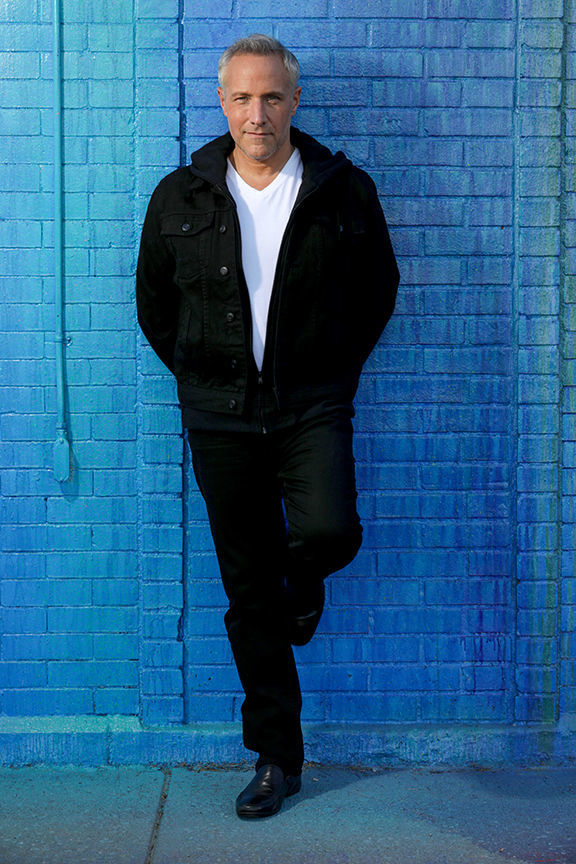 Jim Brickman ringing in the season with Rococo concerts. G6

Take a musical taste of some Dirty Honey. G8

Scorsese, Pacino and DeNiro join forces in 'The Irishman.' G12

Not everyone should delve into the world of Christmas music. If the late George Michael were alive today, he might agree.

So would anyone who has ever heard his Christmas ballad "Last Christmas."

The list of similar culprits is lengthy. Bon Jovi ("Back Door Santa"), Fall Out Boy (“Yule Shoot Your Eye Out”) and New Kids on the Block (“Funky, Funky Xmas”) -- to name just a few -- all have earned infamy for worst holiday songs ever.

However, it's a safe bet that Jim Brickman will never find his name on such a list.

There's a seamless transition between the 58-year-old Brickman's tug-at-the-heartstrings piano music and the holiday music he's spent the last 22 Decembers performing across the country.

With all due respect to the others, the Christmas stuff just comes naturally to Brickman. It's comfortable -- like wintertime flannel pajamas.

"It doesn’t seem out of my lane to do," said Brickman, the two-time Grammy-nominated pianist who will play a two-night stop -- Wednesday and Thursday -- at the Rococo Theatre. "A lot of times you’ll hear a band just doing a Christmas album because the label asked them to. It’s not really their core that they’re known for.

"(Holiday tunes) really align with what I do. It’s consistent. I’m not singing a rock song then all of a sudden I have a rock Christmas album. I feel like it’s more authentic for me than for some. ... My music is known because of the emotional connection that it makes. It’s romantic, it’s nostalgic. ... By nature, it is complimented by familiar Christmas songs."

Brickman, who has reeled off five gold or platinum albums, has written and collaborated with artists like Lady Antebellum, Johnny Mathis, Michael W. Smith, Martina McBride and Olivia Newton-John, among others.

And while his music provides a year-round universally enjoyed emotional journey, its the holiday season that is becoming his calling card and seems to get him most excited.

There is a whole lot more competition in the Christmas genre than there was when Brickman launched his holiday tour in the late 1990s.

"There weren’t 30 different alternatives back then," he said. "There’s was no Trans-Siberian Orchestra, no touring 'White Christmas.' There was basically me, Manheim Steamroller, 'The Nutcracker' and 'A Christmas Carol.'"

The battle for the Christmas-time entertainment dollars now features plenty of options, but Brickman, a known quantity with a proven track record, has little trouble selling tickets because he does something few others do.

"You don't hear a lot of solo piano versions of Christmas classics," he said.

That sells, particularly in a place like Lincoln, the only city on Brickman's tour that has two shows.

"I’ve been there enough to know that, in the concert, I have to say ‘Go Big Red,’" Brickman said. "Just the fact that I can prove that I know where I’m playing is impressive to people."

The Rococo stage will be set up with a piano, where Brickman will set up camp. He'll tickle the ivories for a tune or two and then invite someone from the show onto the stage to sing the next song or to tell a funny Christmas story.

"I'm kind of the foundation, and people are swirling around me," he said. "It's structured in a way where just when you think you don't want to hear another piano song, something else happens."

Part of Brickman's traveling crew of singers and musicians is Anne Cochran. The two attended high school together in Cleveland, Ohio, and each has gone on to their own musical success.

There must have been something in the water at Shaker Heights High in the late 1970s, because both Brickman and Cochran took their musical talents to the advertising industry.

Cochran's voice has been used for more than 500 commercial jingles, while Brickman wrote countless jingles that sold everything from Big Macs to breakfast cereals and Pontiacs.

"I'd always stayed in touch with him, and had done commercial jingles for him back in high school,'' she told the Cleveland Plain Dealer in 2013.

Cochran was in good company. Among some of the other young artists who sang commercial jingles for Brickman were Cyndi Lauper and Whitney Houston.

Then in 1995, after each had begun to establish themselves in the music industry, they resumed their collaboration.

By that time, Brickman had quit advertising to commit to a musical career that had taken off with the 1994 release of his first album "No Word," which wasn't a big hit, but set the stage for three straight albums from 1995-97 that would go gold.

He credits much of his success in writing music to advertising.

"It prepared me to write songs that went right to the hook," he said. "You have to do that. It’s creativity on demand so you get very focused on how to craft a melody and a chorus. It was amazing. I didn’t know this was coming in my life, this career, but it was amazing training in retrospect."

Brickman's musical career has been prolific. He's released 49 albums, including six Christmas albums, and is the best-selling solo pianist of all time.

Many of his songs feel like they could be sung -- if there were words to them. He said that's the way they were constructed.

"They might not have lyrics, but, if you listen, they’re crafted for the most part, verse, chorus, second verse, chorus," he said. "That’s what made the music unique in the landscape.

"It wasn’t this kind of abstract new-age wandering. It was based on a melody. Instead of words, there was the instrumentals. I think that’s why it caught on. They were melody-based instead of improvisational."

It’s beginning to sound a lot like Christmas in Lincoln

Tuesday night, “The ABBA Show” will play the Rococo Theatre. So will the Lincoln High string quartet.

The Pearl Jam and the Phish went first.

Jim Brickman will play the Rococo Theatre on Wednesday and Thursday.

Jim Brickman is the top-selling solo pianist ever.

Brickman is in the 22nd year of his Christmas tour.

The 58-year-old Brickman got his start writing commercial jingles.

Jim Brickman ringing in the season with Rococo concerts. G6

Take a musical taste of some Dirty Honey. G8

Scorsese, Pacino and DeNiro join forces in 'The Irishman.' G12