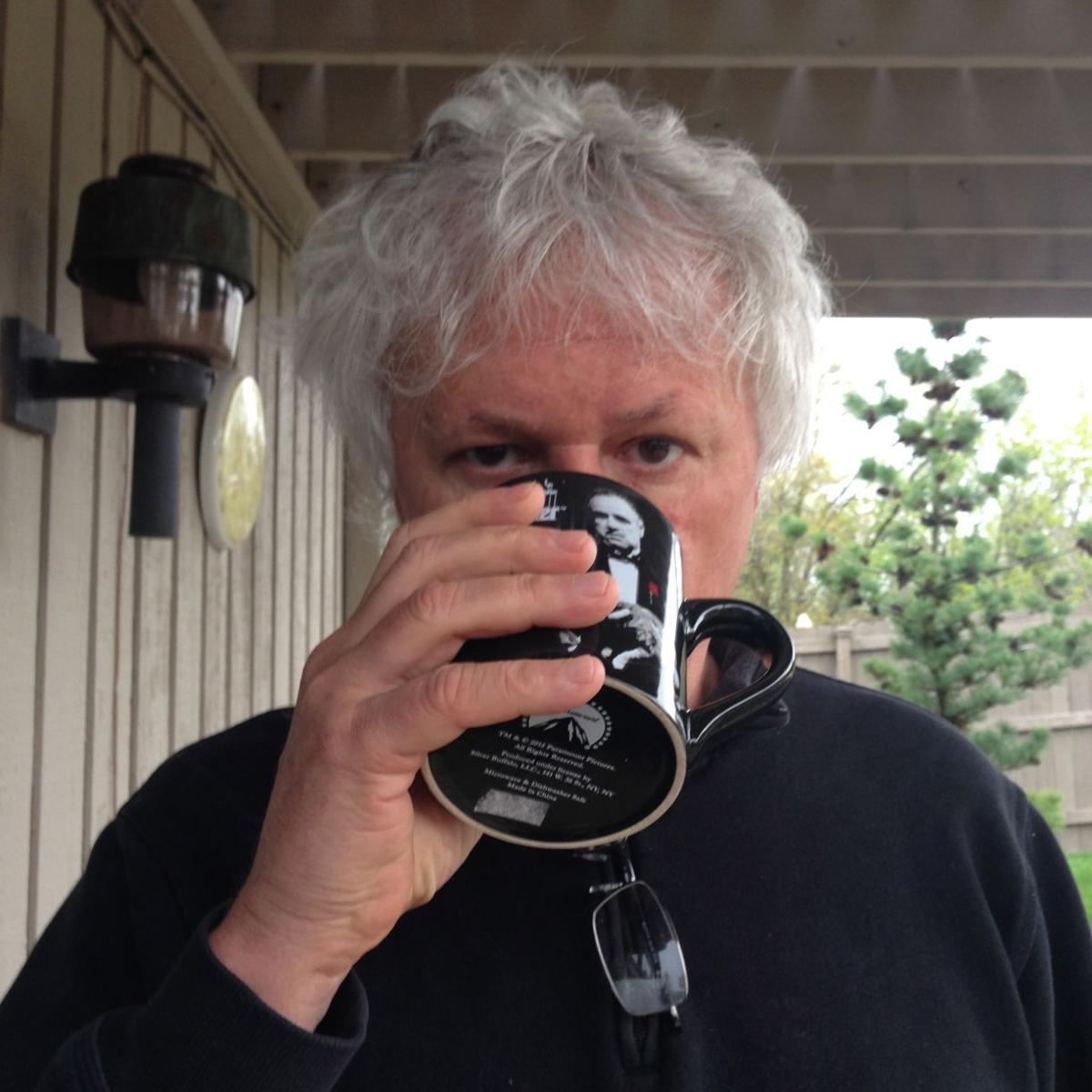 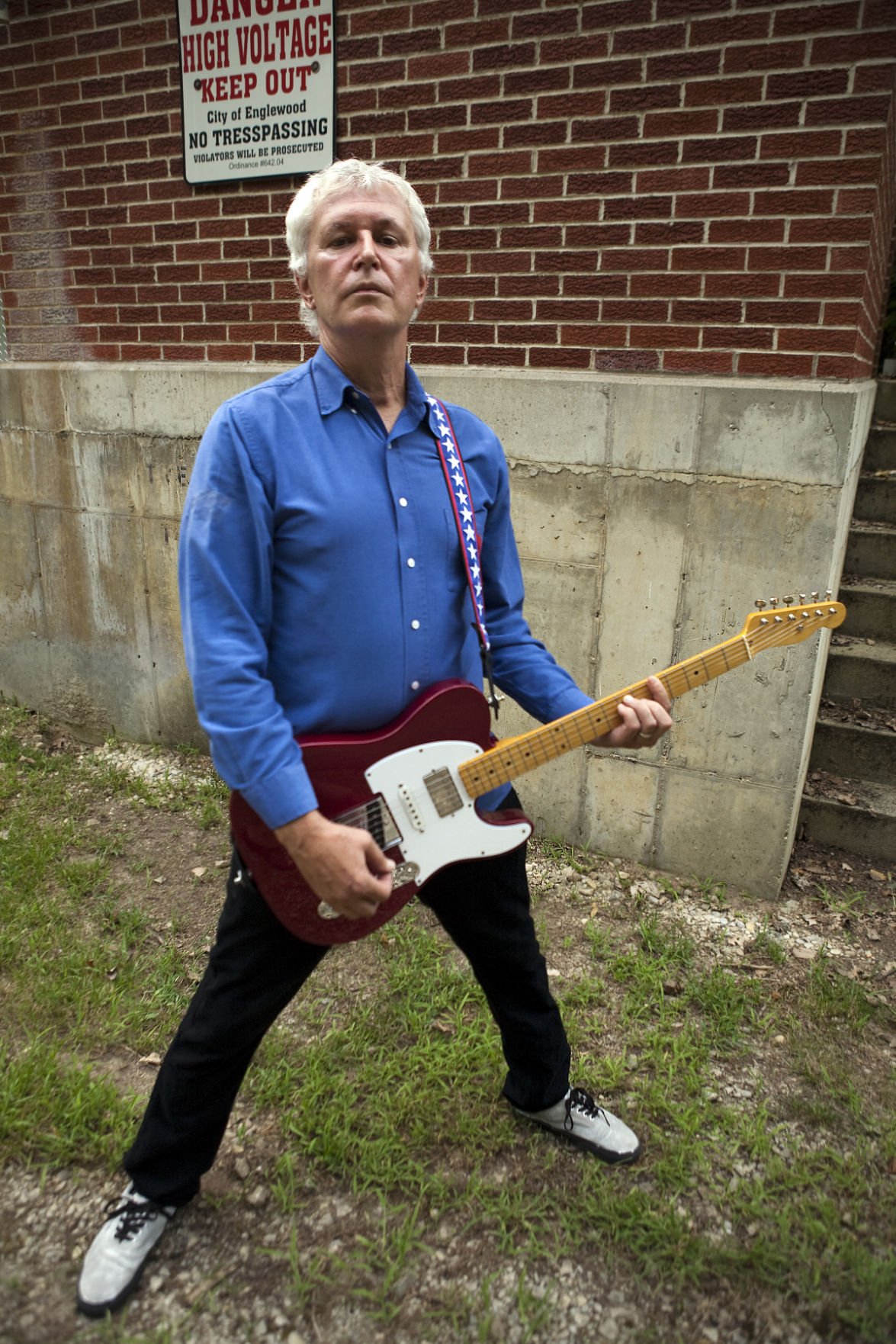 Robert Pollard just released a new Guided By Voices album, “Please Be Honest,” on which he plays all the instruments. 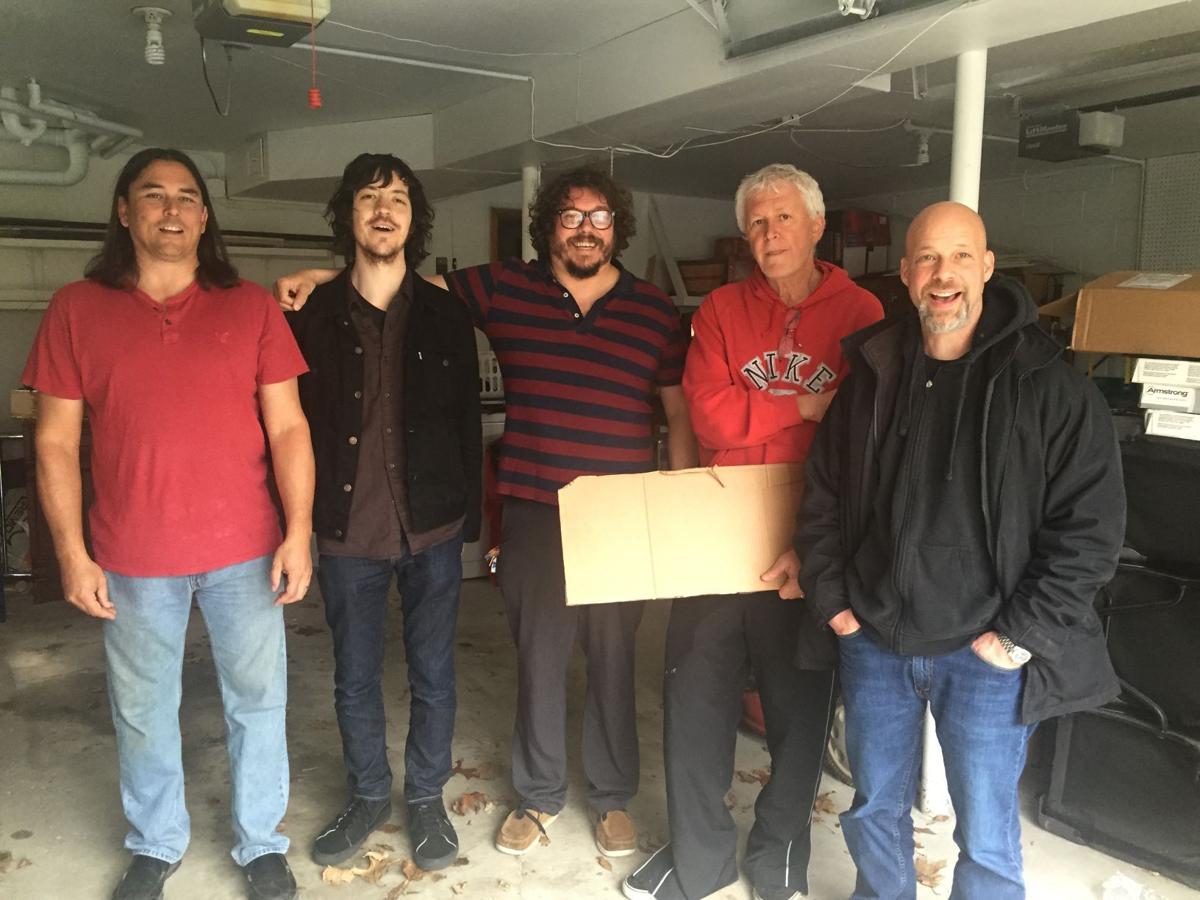 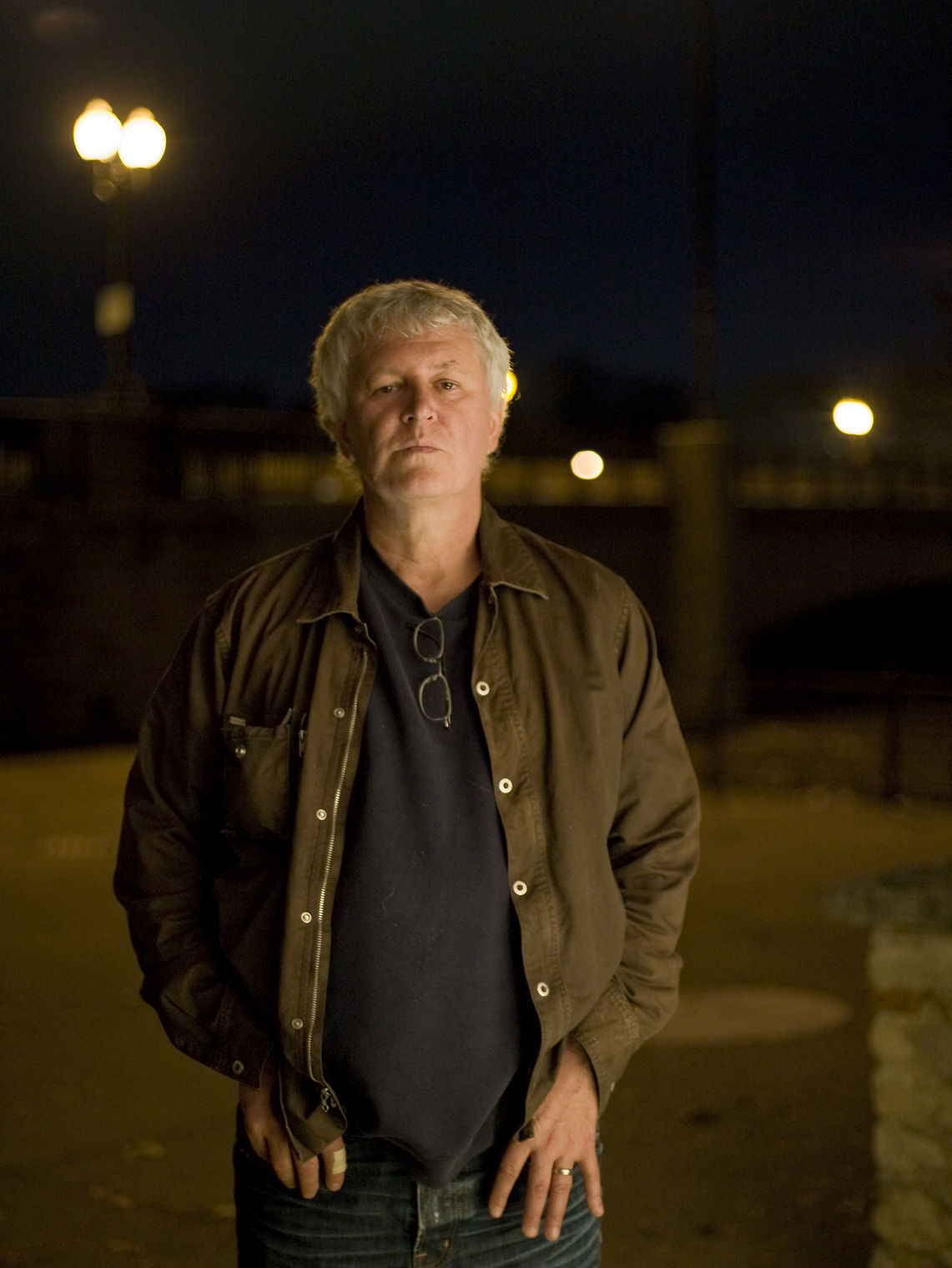 Guided By Voices is back.

Led by songwriter Robert Pollard, the band emerged from Dayton, Ohio, in the early ‘90s lo-fi movement that was embraced by bands like Sonic Youth and R.E.M. for its quirky, distinctive mix of garage, psychedelia, punk, post-punk and power pop, most often in very short songs.

With the release of 1994’s “Bee Thousand,” Pollard and the band signed to indie stalwart Matador Records, becoming a full-time group that toured extensively and put out dozens of records.

The original Guided by Voices disbanded in 2004, got back together in 2010 and disbanded again in 2014. Pollard, however, continued to release solo records and write and record new music.

He is one of the most prolific artists in recorded music history, having made more than 80 records including 23 Guided by Voices albums, 27 solo LPs and EPs, most of which were released since 2010, 21 records by Ricked Wicky, Circus Devils and Boston Spaceships, and other projects.

He just released a new Guided by Voices album called “Please Be Honest” on which he plays all of the instruments. And he’s put together a new touring lineup with original Guided by Voices drummer Kevin March and newcomers Bobby Bare Jr. and Nick Mitchell on guitars and and Mark Shue on bass.

The new band will be at Vega Friday night for its first Nebraska show in two years.

Earlier this month, Pollard talked about the band and his music in an email interview with the Journal Star. Here’s that conversation.

GZ: You played everything on ‘Please Be Honest' and yet it’s a Guided By Voices album rather than a solo disc. Any reason for that? Are there songs you think -- this is GBV and this is solo?

Pollard: No. I just work on batches of songs and then I decide what I'm going to call it and it's basically whatever's next. It could be GBV or solo or whatever band name I might come up with. Any comparison of what may be better than something else is just luck of the draw.

GZ: You may be the most prolific recording artist in history. I read you’ve put out more than 80 albums -- and written the songs for all of them. Back when country artists were putting out a couple albums a year, they usually didn’t write the songs and if they hit 80 albums for a career most of them there were a lot of reissues and repackages. Yours are all original, all new. How do you manage to do that?

Pollard: It's a continuous process. I never stop. As soon as I finish one project, I'm on to the next one. Sometimes I have two or three working simultaneously. I don't overthink anything. I just let musical and visual ideas flow together naturally. I work every morning. It's an obsession, and it may be insanity. It's too much fun.

GZ: I’ve always loved your hooks, especially in the power-popish material. It seems inevitable that there’s a hook that will grab you in every song. Is that by design? I guess I’m really asking how you write your songs.

Pollard: I brainstorm ideas from the current notebook. Song titles, lyrics, whatever. I sit down with the notebook, an acoustic guitar and a boombox and I just start knocking them out almost to the point of burn out. Then I take the best parts of those ideas and assemble them on a CD burner. It's like editing a film. There are a lot of hooks because I choose and repeat my favorite sections.

GZ: Why did you decide to put together a new Guided By Voices lineup -- and how and why did you pick the guys?

Pollard: Well, I recorded an album where I played everything and decided it was worthy of the brand name Guided By Voices. I wanted to play the songs live so I had to assemble a lineup. I thought of some people that I had either seen play or had worked with in recent years and these are the guys I came up with. They're all front men of their own bands. They're very talented.

GZ: What can those who come to Vega for the show expect to hear?

Pollard: The best 50 songs that I've written, in my opinion. A little something from all of my projects down through the years with the exception of the early vanity recording years. I don't think we're doing anything from those first five or six albums. Of course we'll be playing a lot of stuff from my new solo album and from the new Guided By Voices album. That's what we're out supporting. So there will be a nice cross section of almost every phase.

GZ: You’re hailed as one of the iconic indie rock artists, influencing a slew of artists who have followed and creating some enduring music, lots of enduring music. Do you ever think about that kind of thing -- your place in music history, your impact, etc?

Pollard: Not really, but I am happy to have been accepted by some of my idols that I now consider to be peers. It's rewarding to think that a lot of young bands are influenced by what I've done artistically. It's about trying to keep it alive. Keep it in motion.

GZ: Along that same line, are there any GBV or any other records you’ve made for that matter, that stand out as favorites or records you think are important or your best work?

Pollard: "Bee Thousand" is the one that everyone agrees on. I personally like "Isolation Drills," "Universal Truths" and "Cycles," "Moses On a Snail," "From a Compound Eye" and "Let It Beard." There are others. I basically like them all. Some more than others with time.

GZ: I’m in my 50s, too. So we’ve witnessed most of rock ‘n’ roll, from the ‘60s on and you’ve been right in the middle of it for 30 years. Do you have any thoughts on where it’s gone in the last few years or where you think it might be going?

Pollard: You listen to amazing music from the '60s and '70s. Artists like Arthur Brown, Queen, Genesis, Cheap Trick, The Who, Wire and the list goes on and on. It was unbelievable. 1966-1980. And bands looked really cool. What happened? Where did it get lost? I'm just not hearing or seeing music and art of that caliber. But maybe I'm not looking in the right place. I don't know.

What: Guided By Voices with Little Brazil

When Patrick and Karen Gray bought The Keg in January, they knew exactly what they wanted to do with the bar at 20th and O streets: turn it in…

Joel Murray was scheduled to fly into Lincoln a day in advance of the long-ago sold-out performance of "Whose Live Anyway?" on April 29 at the…

Robert Pollard just released a new Guided By Voices album, “Please Be Honest,” on which he plays all the instruments.