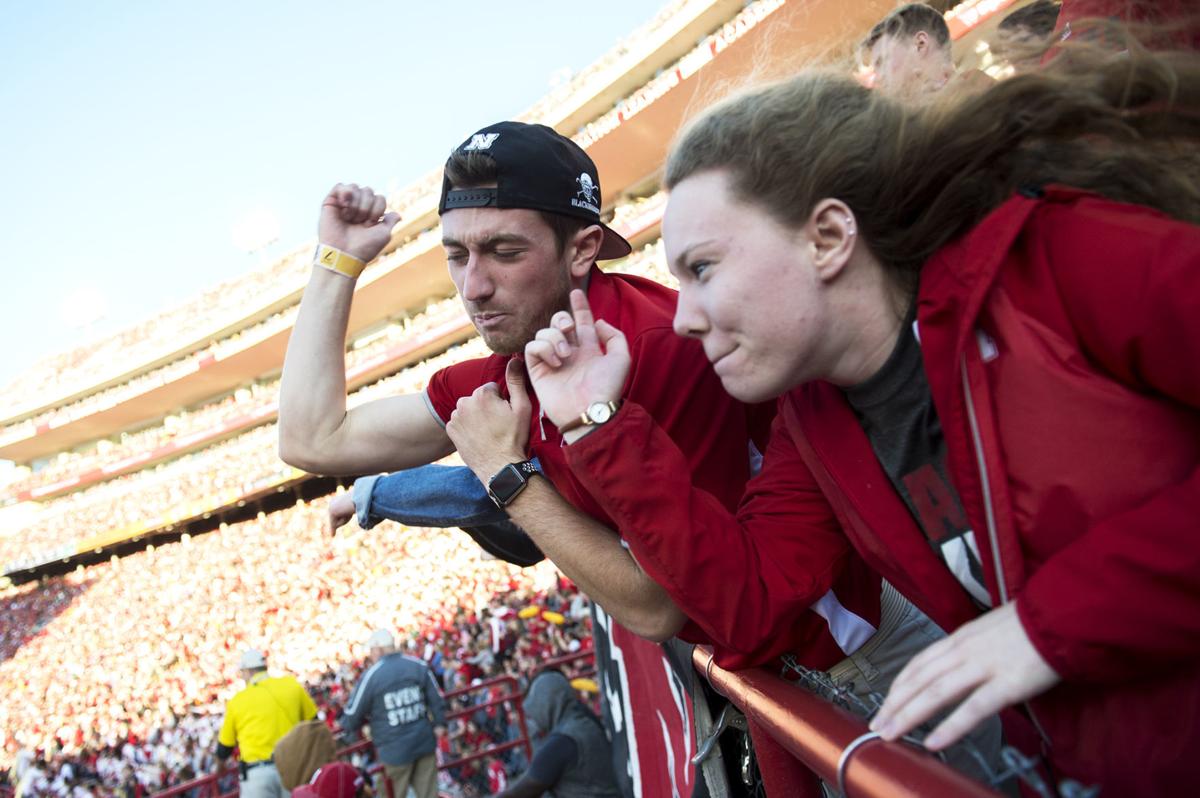 University of Nebraska-Lincoln students Brenden Lehr (from left) and Allison Docter dance to "Here Comes the Bomb" as the Huskers face Iowa in 2017 at Memorial Stadium. 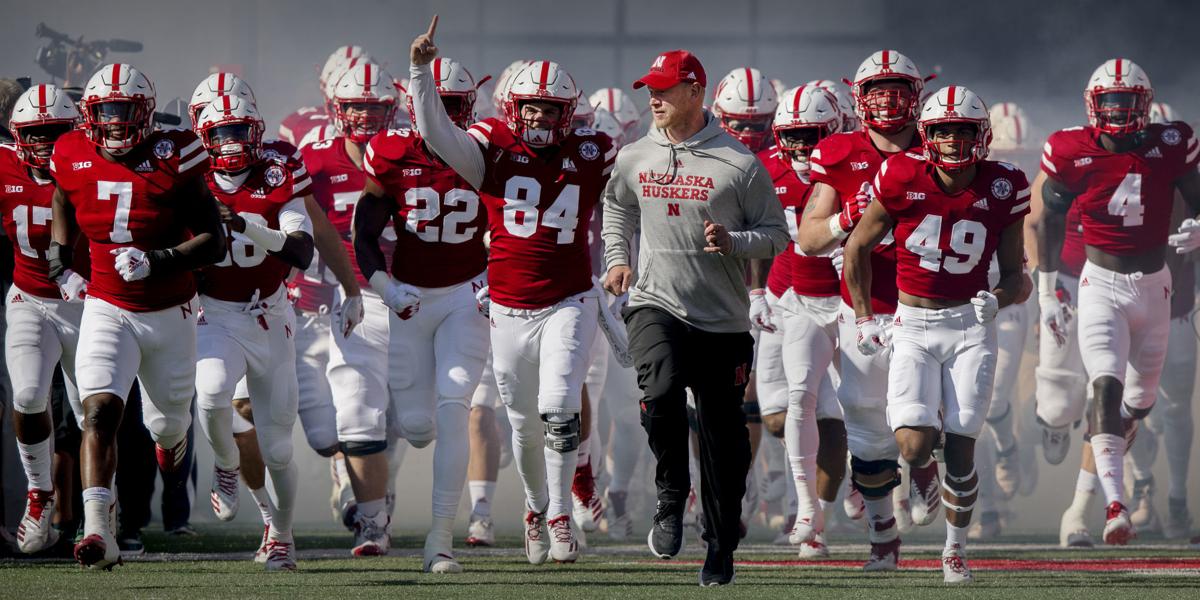 Nebraska head coach Scott Frost leads the Huskers out of the tunnel as they prepare to take on Minnesota at Memorial Stadium on Saturday, Oct. 20, 2018. 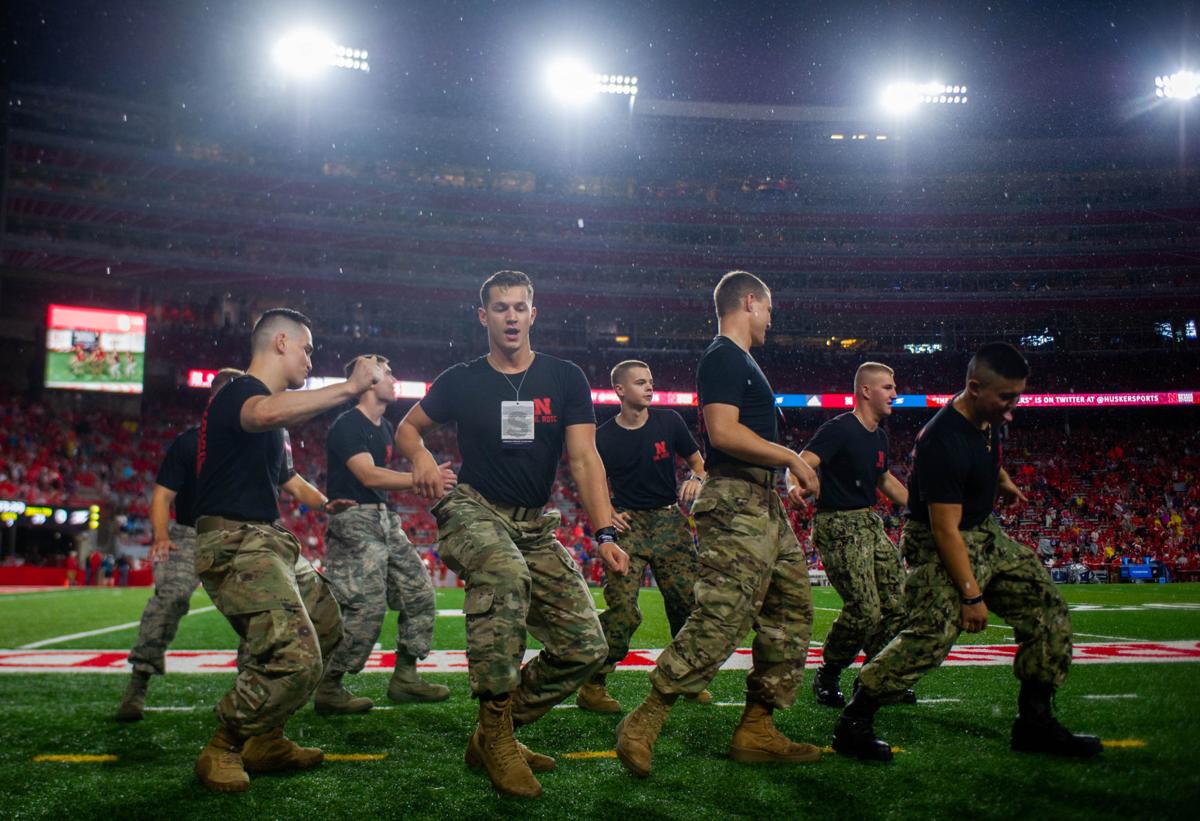 ROTC cadets dance to the song "Cupid Shuffle" as fans wait out a lengthy weather delay at Memorial Stadium on Saturday, Sept. 1, 2018. 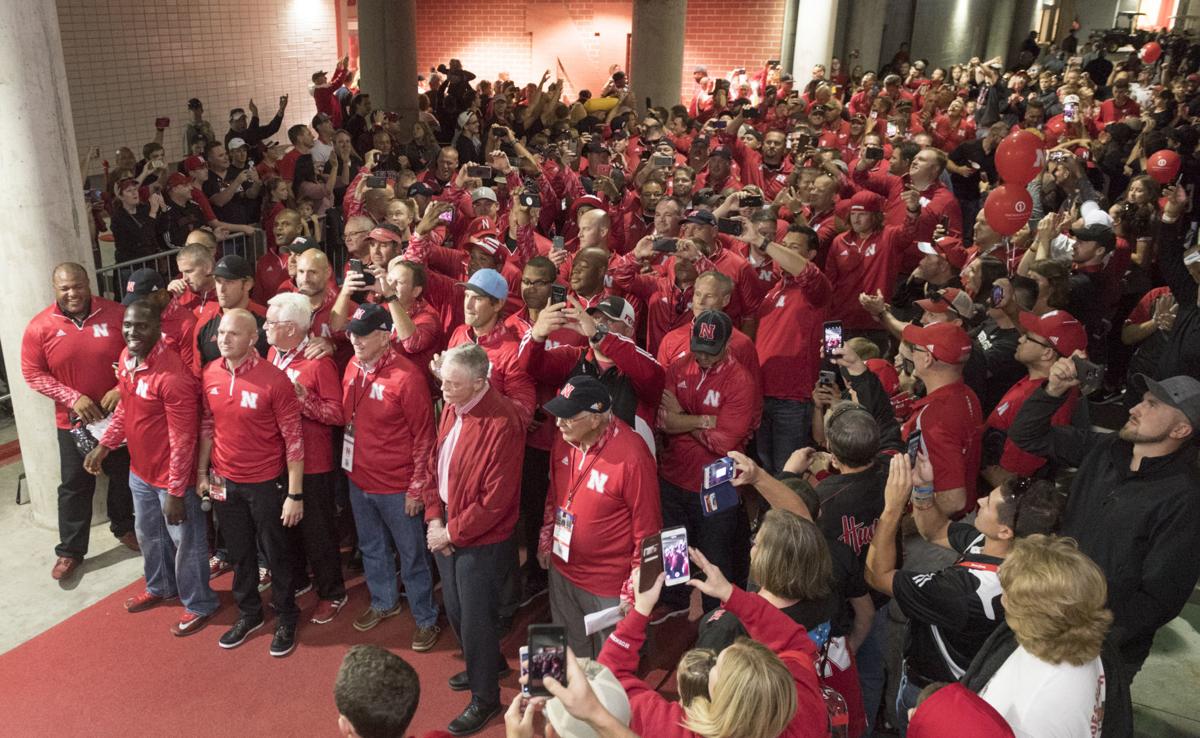 The 1997 Nebraska teams starts the Tunnel Walk at Memorial Stadium in 2017.

For years, the Huskers headed onto the field to the Alan Parsons Project’s “Sirius,” emerging from the tunnel under North Stadium to sprint across the turf while the Cornhusker Marching Band played “Hail Varsity.”

For the first four games of last season, however, “Sirius” took a backseat in the Tunnel Walk, replaced by songs from X Ambassadors, AC/DC, DJ Kool and DMX.

Then, for the fifth of eight opportunities — the Tunnel Walk got a do-over when the season opener against Akron was rained out — a remix of “Sirius” returned for the rest of the year.

So will “Sirius" be back when the Huskers face South Alabama on Saturday morning?

He did say there will be changes in the Tunnel Walk and pregame presentation — for the season and from game to game.

Those changes don’t happen on the spur of the moment. Planning for the 2019 Tunnel Walk began in April, bringing together the five members of the marketing and fan experience staffs, who run the gameday experience, HuskerVision and the band to work out the songs and video presentations for this season’s seven home games.

“Sometimes the football team is involved, too, for the early pregame music,” Meier said. “They’re picking the music that the guys want to warm up to.”

After the game starts, music fills the stadium during breaks in the action — sometimes coming from the band, sometimes blasting out of the public-address system.

That music is chosen based on some variables. For example, an on-field review would get a different musical selection from an injury timeout. If the timeout is scheduled by, say, the end of a quarter or after a punt, there's a script to be followed.

“We have a plan for each of those,” Meier said. “Even when there’s something on the field, we usually try to allow a minute or half-minute to play some music to get the crowd going.”

What is that music? And who decides when to play which song?

“We definitely have a playlist,” Meier said. “We try to mix it up a little, about 25% country, 25% classic rock and 25% newer music students want to listen to. Then there’s third-down music, to try to get the crowd going. Those are just little riffs, 20 seconds or so, to get the crowd pumped up. It can be Blackshirts with riffs or another video or just the riffs.”

The decision of what to play at a given point of the game, beyond some early, scripted breaks and the pregame, is made by the fan experience script supervisor and the HuskerVision director, who sit next to each other in the press box and determine what songs or videos to play.

Songs that get the crowd pumped up include AC/DC/s “Thunderstruck,” and DJ Kool’s “Let Me Clear My Throat,” both which made Tunnel Walk appearances in 2018.

But beyond the school’s two fight songs, “Hail Varsity” and “Dear Old Nebraska U,” that are played by the band, there are no songs that have to be played at every game, Meier said.

This season, Meier said, fans will be able to choose one of the songs that will be played during a timeout. Three song choices will be presented on the video screens and fans can text their vote for the song they want to hear. The running total of votes will be projected on the screens, so fans can vote repeatedly for their favorite to try to get it played, Meier said.

After kickoff, the longest musical segment of any game comes at halftime. That musical selection is up to the band, which does a different show for each game.

Those performances are tightly rehearsed and coordinated with the fan experience and HuskerVision crew — so, for example, a song that’s going to come up during the halftime show doesn’t get pumped through the stadium’s P.A. system at a timeout just before the halftime break.

Presenting the in-game entertainment is a group effort that involves close to 100 people, from fan experience and HuskerVision staffs, to band directors and student assistants — most connected by radio to allow spur-of-the-moment changes in the script, depending on the game situation.

All that work, including the stadium’s giant video screens and ribbon boards, is aimed at three things, Meier said.

“I always preach to our staff: entertain, inform and inspire," he said. "To entertain the folks when the game isn’t being played, inform with the stats and other stuff, and inspire them at times to get out of their seats and support the team.

"To me, it’s kind of simple. If what we're doing doesn’t fit into one of those three buckets, we should be doing something else.”

Crazy Husker fans through the years

Catering to the fans: Husker officials to take a closer look at who's filling the stadium

Colin Kruse is an avid Husker fan who grew up going to games at Memorial Stadium with his grandfather, and he kept going while a student at th…

Not everybody downtown loves a Saturday Husker invasion in Lincoln

In July, a family email went around from our people living in Colorado to our people in Nebraska and Minnesota.

University of Nebraska-Lincoln students Brenden Lehr (from left) and Allison Docter dance to "Here Comes the Bomb" as the Huskers face Iowa in 2017 at Memorial Stadium.

Nebraska head coach Scott Frost leads the Huskers out of the tunnel as they prepare to take on Minnesota at Memorial Stadium on Saturday, Oct. 20, 2018.

ROTC cadets dance to the song "Cupid Shuffle" as fans wait out a lengthy weather delay at Memorial Stadium on Saturday, Sept. 1, 2018.

The 1997 Nebraska teams starts the Tunnel Walk at Memorial Stadium in 2017.