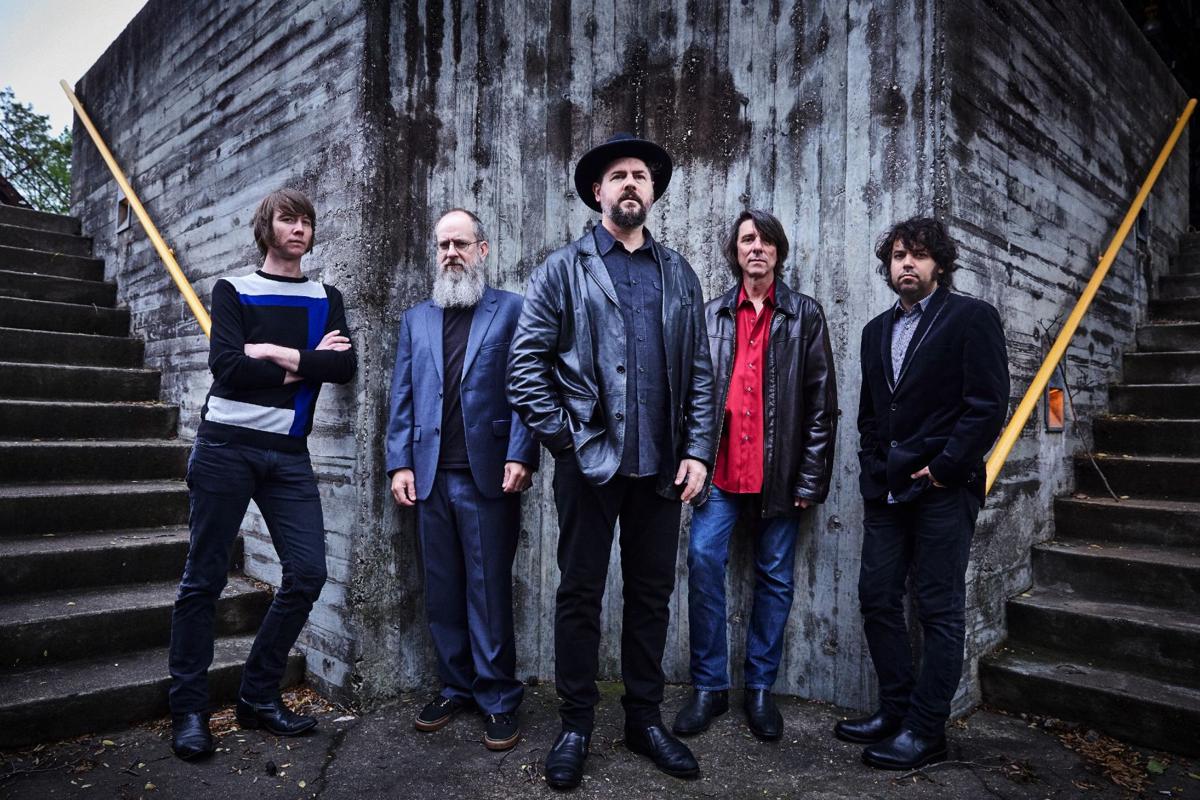 Widely hailed as one of 2016's best albums, Drive-By Truckers' “American Band” is a political record packed with dense hip-hop rooted lyrics that address a variety of issues. 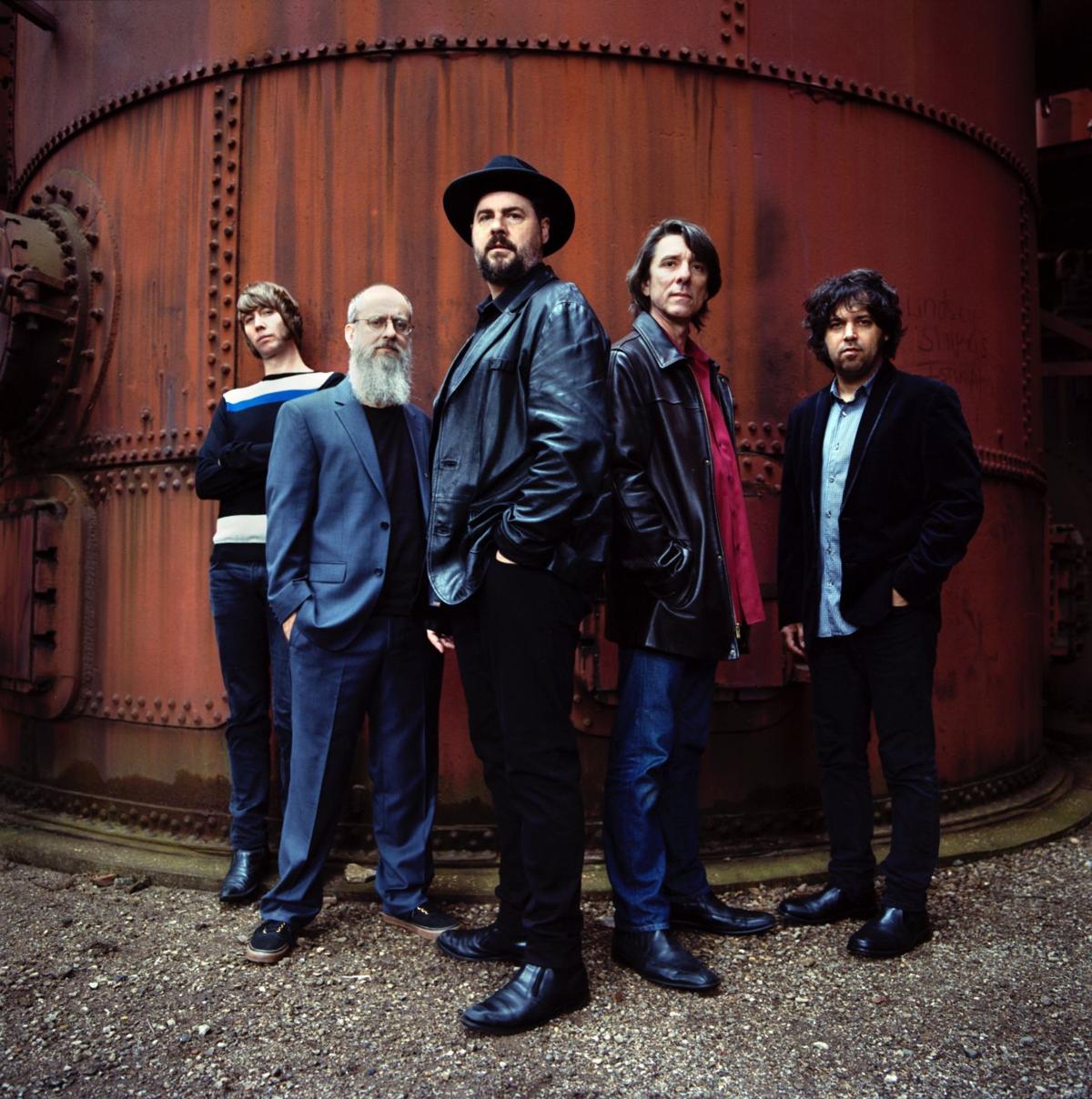 Patterson Hood (center) and the Drive-By Truckers will be playing songs from their political/protest album "American Band" Saturday at the Bourbon Theatre. 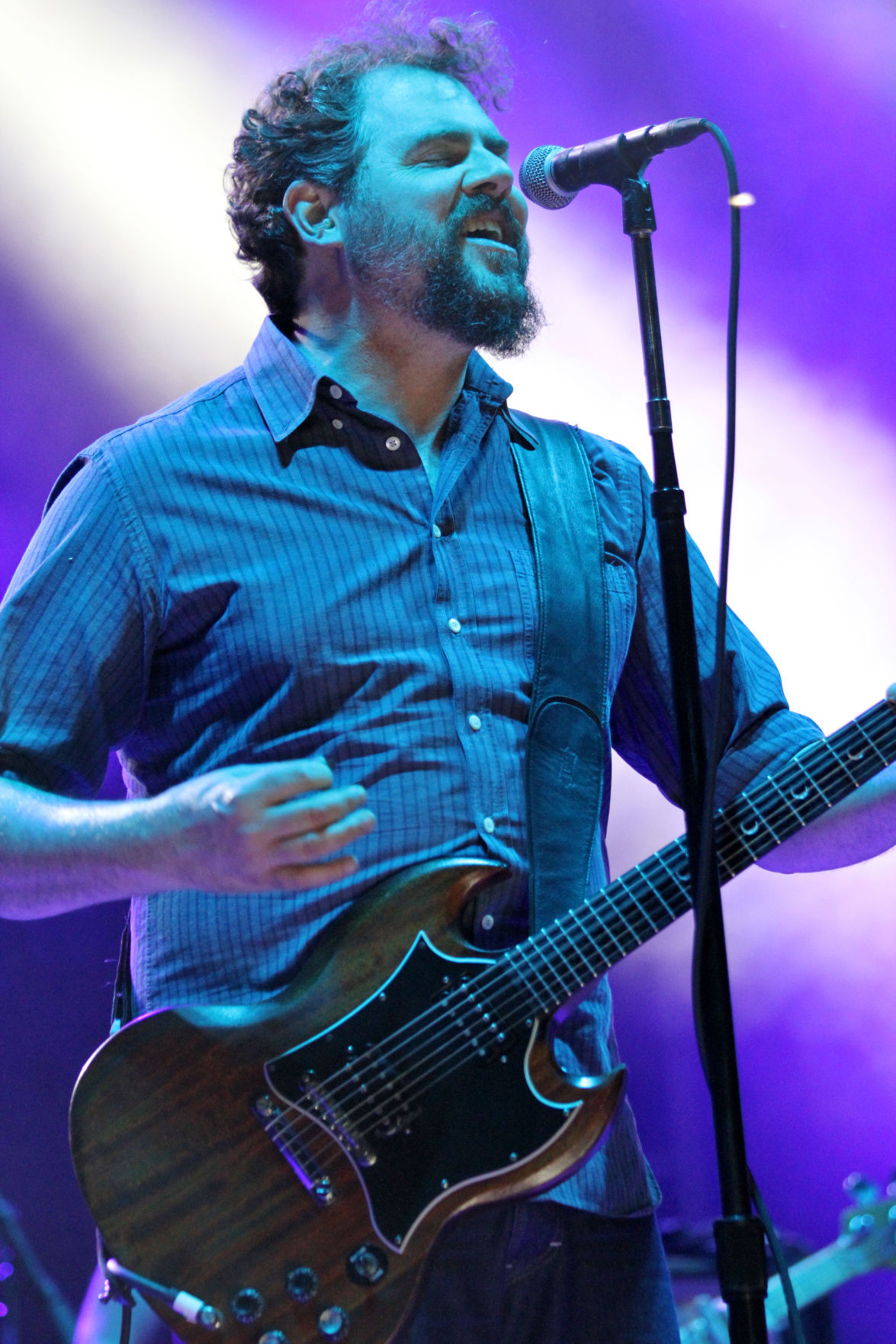 Patterson Hood performs with Drive-By Truckers in May 2015 in Atlanta. The band released its politically charged album, "American Band," last year with Hood saying "we made a topical, trendy record that I believe is more trendy than I ever imagined."

Patterson Hood didn’t figure the Drive-By Truckers would be playing a lot of songs from “American Band” in 2017. But he also didn’t foresee the election of Donald J. Trump.

Instead, Hood was contemplating how the Alabama-rooted rock ‘n’ roll band would have to change its set when the political/protest album, rushed out so it could be played last fall, lost its punch after the votes were counted.

“‘After the election, we were hoping that there’ll be enough aspects of it to continue playing, to continue making our living before we go on hiatus,” Hood said. “We were thinking in terms of how to present the show after Nov. 8, what songs would be fine, like 'Ever South.' But we figured people were going to be burned out on the election.

“Then we woke up in Philadelphia after watching the returns the night before, going ‘What the f**k do we do tonight?’ It took me all the next day to figure out what we were going to play. Then that night was one of the best shows we’ve ever done. Then we took it to the South and had great shows. I was really kind of surprised by how well received the shows were.

“Now I realize the shelf life of this record has been greatly extended. I really look forward to a time when I don’t feel the need to play this record anymore. But I think we’re farther away from that now.”

Widely hailed as one of 2016's best albums, “American Band” is a political record packed with dense hip-hop rooted lyrics that address the “white supremacist gun cult,” school shootings, the Emmanuel African Methodist Episcopal Church killings, the suicide epidemic, banning of songs, hypocritical right-wing Christians and police shootings in “What It Means,” the most powerful of its songs.

The album was recorded in just six days as Hood and Mike Cooley, DBT’s other singer/guitarist/songwriter each brought in a handful of songs and the band slammed them out in the studio.

“We just went in and it exploded all of the tape, that was it.,” Hood said. “We didn’t even know we were doing a record. We were just starting the process, then all of a sudden it was 'Well, s**it, this is it. Don’t f**k it up by doing anything else to it.'"

That rawness of the quick recording, the rock ‘n’ roll attack and the lyrics combine to make “American Band,” in my view, DBT’s best album since “Southern Rock Opera,” its 2001 double album that took on everything from race relations to Southern rock in the 1970s.

Hood disagreed with that observation, saying that “American Band” was his favorite Truckers record since 2003’s “Decoration Day,” a darker, more stripped down disc than “Southern Rock Opera.”

“I’ve been partial to ‘Decoration Day,’” Hood said. “Where I was as a person and in my development, where I was in my life as an artist and where we were as a band, it kind of peaked definitely at that point. This is a new peak for us, from then onward. This is the best batch of songs, maybe ever. I’m really proud of this record.

“And I’m really proud of the shows we’re playing. It’s a furious rock show. I’ve always considered us a punk rock band. We may not look like it, we may not sound like it. But ‘Southern Rock Opera’ was as influenced by The Clash as it was Lynyrd Skynyrd. This record is as much in that side of things as it has been since 'Alabama Ass Whooping' really.”

“We’ve only been to Lincoln one time and that was a really long time ago,” Hood said. “We had a wonderful time that day. We played with Slobberbone in February, 2002. It was a great show. We’re really looking forward to coming back.”

Hood, who was on a tour break and at home in Portland, Ore., where he moved a couple years ago, realizes that DBT is playing a bright red state when they come to Nebraska.

And like many progressives, he is baffled as to why states like Nebraska, Kansas or Alabama and Mississippi consistently vote Republican and overwhelmingly cast their ballots for Trump.

“Being a Southerner, I’m used to the concept of voting against your own interest,” Hood said. “They elect the worst people down there, who as long as they have the right catchphrases -- We’re going to protect you from them, whoever 'them' are, that we’re good Christians and all those things, get voted in over and over. Seeing it happen on a national level is frightening. You think Trump cares about farmers? You think Trump gives a f**k about the flyover states? He doesn’t give a f**k about you, whoever you are.”

Hood says despite some misgiving about how it handled the 2016 elections, he plans to become actively involved with the Democratic Party, working to oust Trump and his Republican followers in the next four while hunkering down to try to survive their destruction of the country.

And the Truckers will be playing “American Band” songs for the foreseeable future.

“Unfortunately, we made a topical, trendy record that I believe is more trendy than I ever imagined,” Hood said. “I’m not totally happy about that. I’m not egotistical enough as an artist to think that’s okay. We’re in trouble.”

What: Drive-By Truckers with Kyle Craft

Tickets: $27 in advance, $30 day of show. All ages with $2 minor fee at the door. Advance tickets at the Bourbon box office and bourbontheatre.com.

Eiza Gonzalez makes history as the new face of Bulgari

Rebel Wilson reveals the inspiration for her weight loss journey

Rebel Wilson reveals the inspiration for her weight loss journey

Jennifer Garner has signed a multi-picture deal with Netflix

Jennifer Garner has signed a multi-picture deal with Netflix

Hey music and comedy lovers, take a look at our list of the biggest acts coming to Lincoln and Omaha.

On the Beat: 'Take Cover' set for Bourbon Theatre

Friday night, 11 Lincoln bands and solo artists will take the Bourbon Theatre stage to play songs of their own and covers of their favorite so…

Journey to play arena and The 1975 to play Pinewood Bowl

Journey is headed to Pinnacle Bank Arena, and The 1975 will play Pinewood Bowl.

From the opening jam to the last blast of “Give It Away” 100 minutes later, the Red Hot Chili Peppers on Friday delivered the best rock show y…

On New Year’s Eve, Darude kicked off the celebration of Finland’s 100th anniversary as nation, dropping “Sandstorm” at midnight beneath a casc…

Drive-By Truckers’ Patterson Hood raised a bottle at the Bourbon Theatre Saturday, paying tribute to a friend -- an immigration lawyer who had…

Widely hailed as one of 2016's best albums, Drive-By Truckers' “American Band” is a political record packed with dense hip-hop rooted lyrics that address a variety of issues.

Patterson Hood (center) and the Drive-By Truckers will be playing songs from their political/protest album "American Band" Saturday at the Bourbon Theatre.

Patterson Hood performs with Drive-By Truckers in May 2015 in Atlanta. The band released its politically charged album, "American Band," last year with Hood saying "we made a topical, trendy record that I believe is more trendy than I ever imagined."