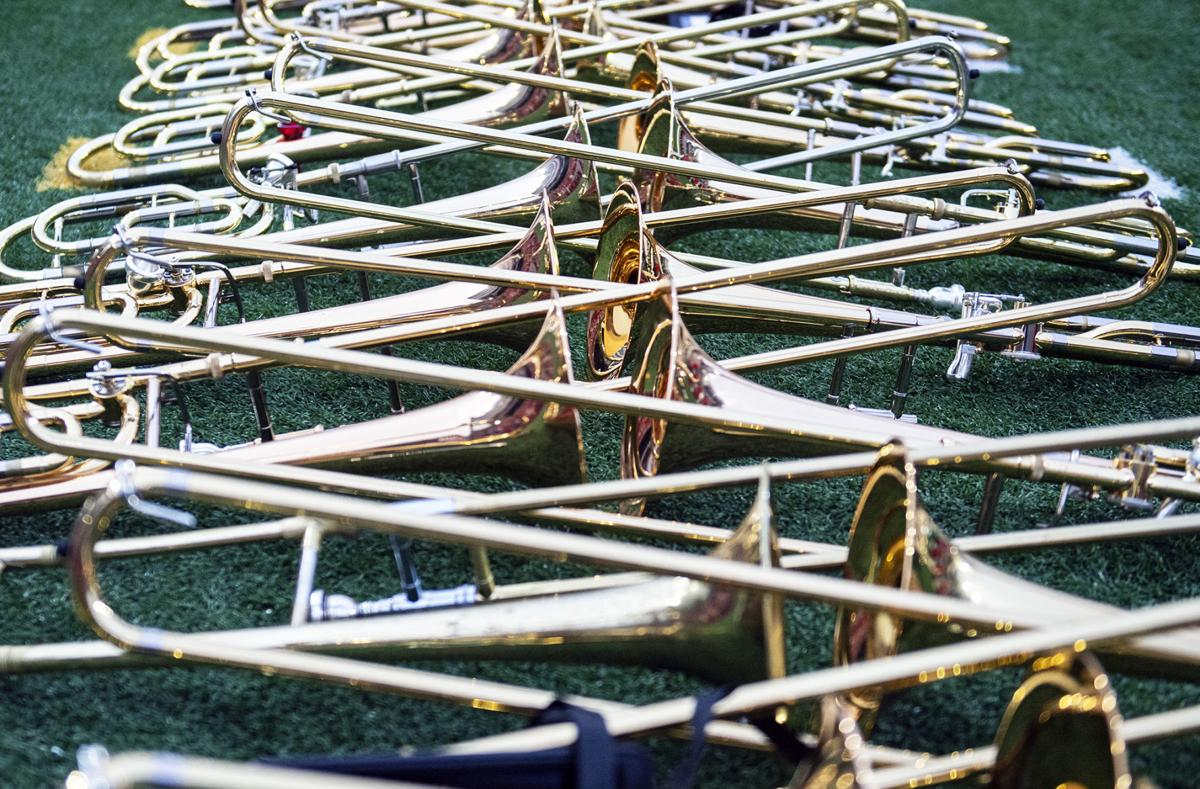 Trombones are organized along the sideline as Cornhusker Marching Band members compete in the "drill down" (sort of a band version of Simon Says) during the band's annual exhibition performance at Memorial Stadium Aug. 23. 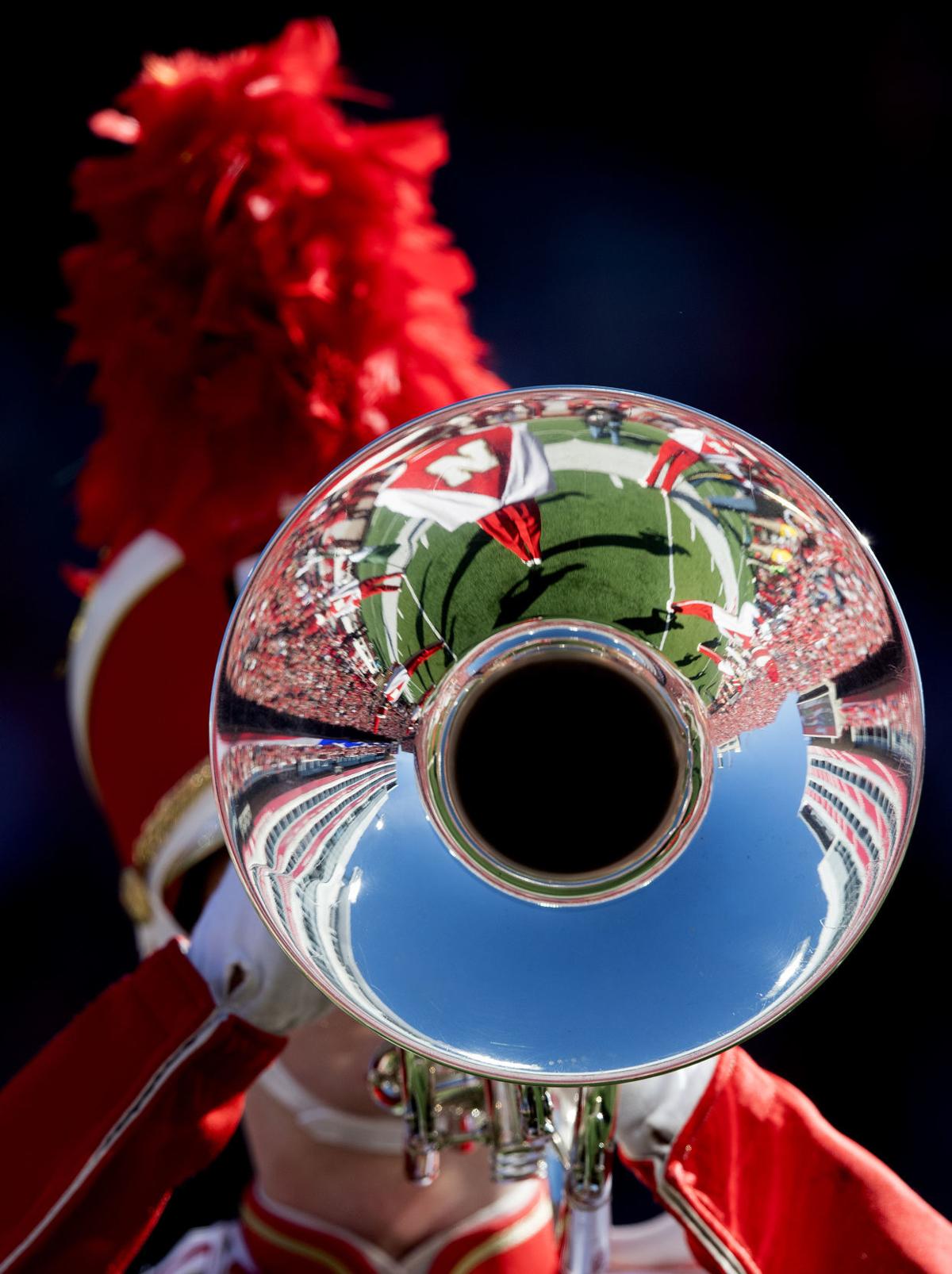 The bell of a Cornhusker Marching Band member's mellophone reflects a wide-angle view of the band performing the national anthem before the Huskers played Bethune-Cookman at Memorial Stadium on Oct. 27, 2018. 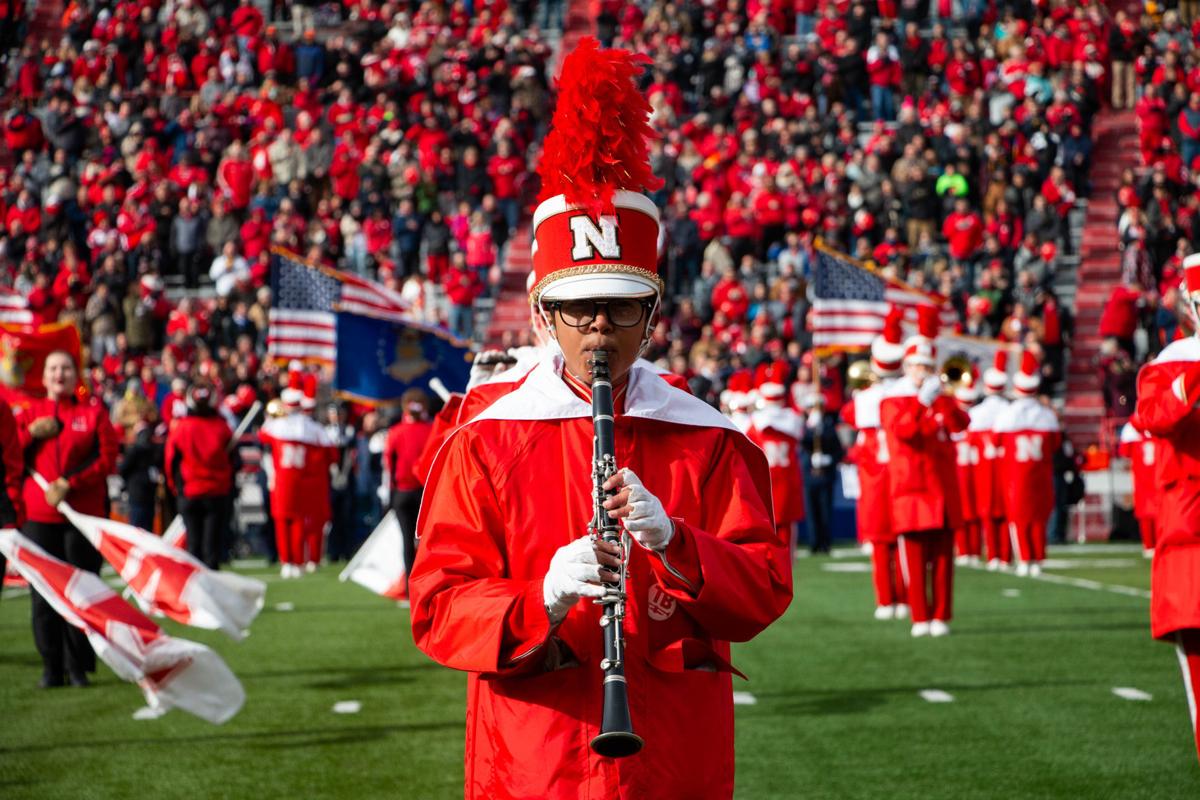 A member of the Cornhusker Marching Band performs last year at Memorial Stadium. 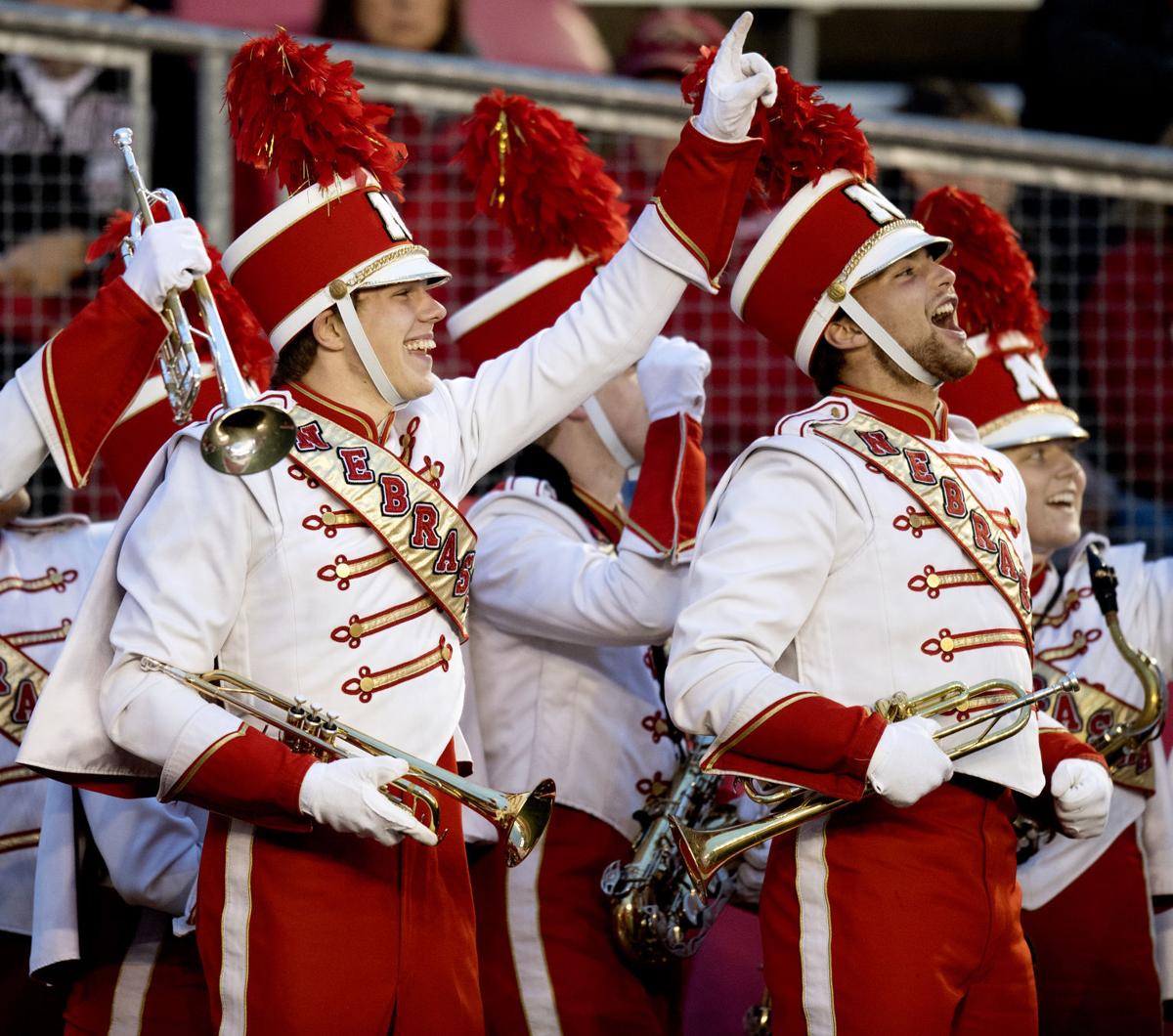 Cornhusker Marching Band members react after seeing themselves appear on the HuskerVision screen before the Huskers' game at Wisconsin last year.

The Cornhusker Marching Band, which has its origins in a small ROTC band founded at the University of Nebraska-Lincoln in 1879, will once again play a significant role around town on home game weekends this fall.

Although one of the sites where they hosted their Friday night pregame routines — Blue Blood Brewery — closed earlier this year, the band will play on.

It was announced Thursday that one of UNL's three pep band will play Friday nights at the Railyard. The Hail Varsity Railyard Band will make its debut on Friday.

“We’re excited to have the Pride of All Nebraska here in the Railyard for two performances each home game Friday,” said Chris Gorman, Director of Operations and Sports Marketing for Hurrdat and Hail Varsity. “We want this to be a special place for Cornhusker fans from all over the country."

The band's home game schedule, which begins Friday night, will remain similar to years past:

Pep band members also appear at the Nebraska Alumni Association's Football Friday events hosted at the Wick Alumni Center. The family-oriented events are free and open to the public.

The band's day shifts depending on when the game is scheduled to begin, but typically the band will begin its rituals five hours before kickoff and continue past the final down.

5 1/2 hours before an afternoon or evening kickoff, 4 1/2 hours before an 11 a.m. kickoff — The band conducts a full rehearsal, which is open to the public. To watch rehearsal, fans are asked to enter Gate 3 on the southwest side of Memorial Stadium. The clear-bag policy is in effect. After rehearsal concludes, fans will be asked to leave as quickly as possible.

2 1/2 hours before kickoff — The band plays the Unity Walk on the east side of Memorial Stadium.

1 1/2 hours before kickoff — The percussion section begins its warm-up.

1 hour before kickoff — The band warms up outside the Westbrook Music Building south of Memorial Stadium and plays through its show music at an outdoor concert.

45 minutes before kickoff — The band marches to Memorial Stadium.

22 minutes before kickoff — The band performs its pregame routine.

"March of the Cornhuskers"

The 300-member band practices every weekday from 7:30-8:20 a.m. There was a weeklong band camp the week before fall semester began.

Cindy Lange-Kubick: The story of the American dream, unfolding in a Greek accent in Lincoln

They came by boat.

After a bit of a bumpy start to the week, Nebraska coach Scott Frost thinks his team is primed for a fast start Saturday against South Alabama.

Husker breakfast links: The weather will be on Nebraska's side Saturday; Spielman's place on national charts

Saturday's season opener is so close you can smell it. Or is that the breakfast links?

Moos on radio says 'nothing imminent' on football facility, but NU exploring options

Catering to the fans: Husker officials to take a closer look at who's filling the stadium

Colin Kruse is an avid Husker fan who grew up going to games at Memorial Stadium with his grandfather, and he kept going while a student at th…

For years, the Huskers headed onto the field to the Alan Parsons Project’s “Sirius,” emerging from the tunnel under North Stadium to sprint ac…

Getting to the Husker game, avoiding the headache

Ask Lincoln Police Sgt. Todd Hruza what's the best way to safely watch the Huskers on gameday and he's got a one-liner that speaks to the challenge.

With sportsbooks open in Iowa, the action for Husker fans isn't only on the field

Trombones are organized along the sideline as Cornhusker Marching Band members compete in the "drill down" (sort of a band version of Simon Says) during the band's annual exhibition performance at Memorial Stadium Aug. 23.

The bell of a Cornhusker Marching Band member's mellophone reflects a wide-angle view of the band performing the national anthem before the Huskers played Bethune-Cookman at Memorial Stadium on Oct. 27, 2018.

A member of the Cornhusker Marching Band performs last year at Memorial Stadium.

Cornhusker Marching Band members react after seeing themselves appear on the HuskerVision screen before the Huskers' game at Wisconsin last year.