OMAHA — Come January 2023, La Vista will have a new concert venue aimed at being a “crown jewel” for the ongoing City Centre development.

The Astro Theater, just off 84th Street in La Vista, is expected to be capable of hosting 2,500 people in its indoor theater and 5,000 people in the adjacent outdoor amphitheater that will overlook a 34-acre public park.

“It’s meant to be kind of the heartbeat of the entertainment component to City Centre,” said Chris Erickson, co-founder of Omaha-based City+Ventures, which is developing the City Centre project.

Omaha’s 1% Productions and Kansas-based Mammoth also are behind the $23.6 million theater. Marc Leibowitz, co-owner of 1% Productions, told reporters Wednesday at the groundbreaking ceremony that the theater’s flexibility will be unique among Omaha-area venues.

“On the inside specifically, it can be seated. It can be general admission. The stage moves so the room could be shrunk so it can do shows from 900 (people) to 2,500,” he said, adding that the permanent backstage areas will serve both the indoor and outdoor venues. “We just put a lot of thought into making sure that we put all of the things into this facility that we could to make this flexible.”

Leibowitz expects the venue to host concerts encompassing a variety of musical genres.

According to Jeff Dolezal, a principal at TACKarchitects in Omaha, the Astro Theater will be primarily constructed out of steel and concrete. The exterior will be cladded with bricks and metal panels. An emphasis will be put on exterior lighting.

“We want to light the building in a really sophisticated way because a lot of the concerts will be at night,” Dolezal said.

The City Centre development currently has almost 400 apartments and will also feature retail shopping, office space and perhaps a hotel.

Erickson said developers expect to spend about $250 million to complete the City Centre by the end of this decade. More than $100 million has been invested so far.

The city of La Vista has helped facilitate development of the City Centre with a number of economic measures. That includes the previous establishment of a tax increment financing district.

Tax increment financing, known as TIF, is a popular but sometimes controversial redevelopment tool based in state law that allows developers to take out a loan to help cover eligible redevelopment expenses in areas that have been deemed blighted.

“Because of TIF, we’re going to have a possible quarter-of-a-billion-dollar development instead of a $10 million decaying development,” Kindig said. “That’s what TIF was meant to do: It’s an investment, not a giveaway.”

The Astro Theater’s name is an homage to the former name of what is now the Rose Theater, located on the corner of 20th and Farnam Streets in downtown Omaha.

Ghost and Volbeat to co-headline show at Lincoln arena

Omaha is getting a new concert venue. Here's how its size compares to others in the area

On the Beat: With COVID questions lingering, few concerts booking dates for next year in Lincoln and elsewhere

Only four shows are set for Pinnacle Bank Arena in the first half of 2022, as tours are reluctant to schedule dates over fears that cancelations will make them unprofitable.

The Boston Pops has canceled its Midwest tour. But Boston Pops conductor Keith Lockhart will still be bringing the movie music of legendary composer John Williams to the Lied Center on Oct. 28 leading the Lincoln Symphony Orchestra.

The outdoor amphitheater at the future Astro Theater in La Vista will be able to host 5,000 attendees. The theater, which will also have an indoor venue capable of hosting 2,500 people, broke ground Wednesday and is projected to open in January 2023.

This rendering depicts the exterior of the Astro Theater, which will be located just off 84th Street in La Vista as part of the ongoing City Centre development. 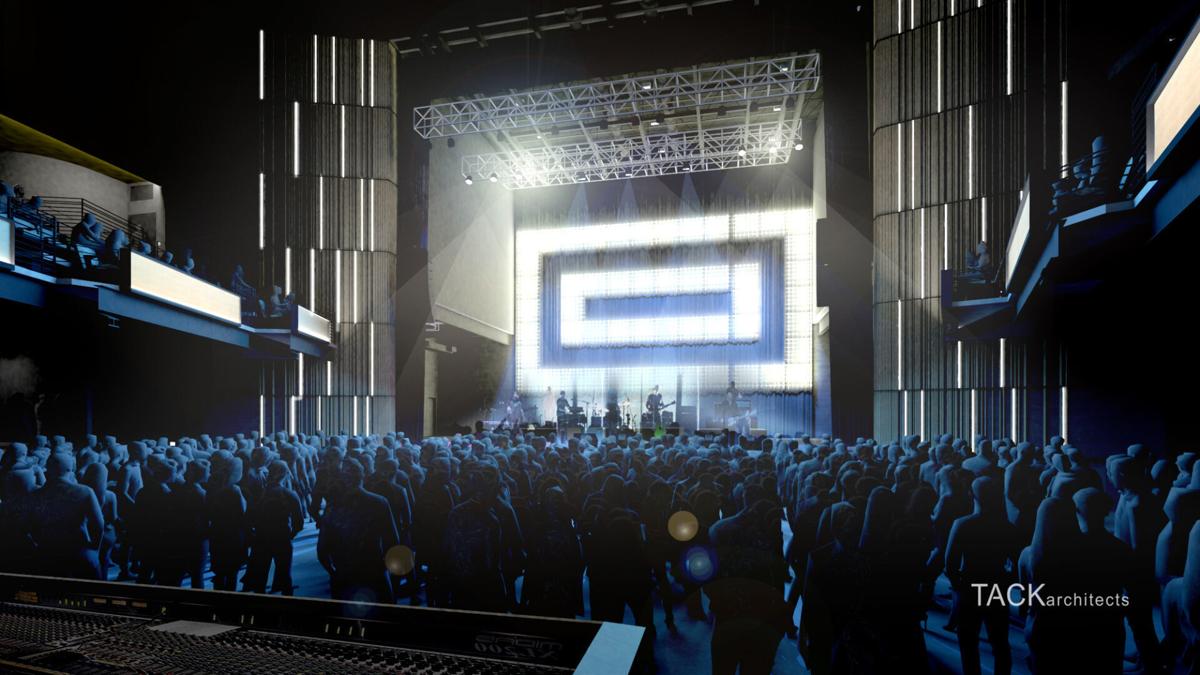 The Astro Theater is “meant to be kind of the heartbeat of the entertainment component to City Centre,” said Chris Erickson, co-founder of Omaha-based City+Ventures, which is developing the City Centre project in La Vista.