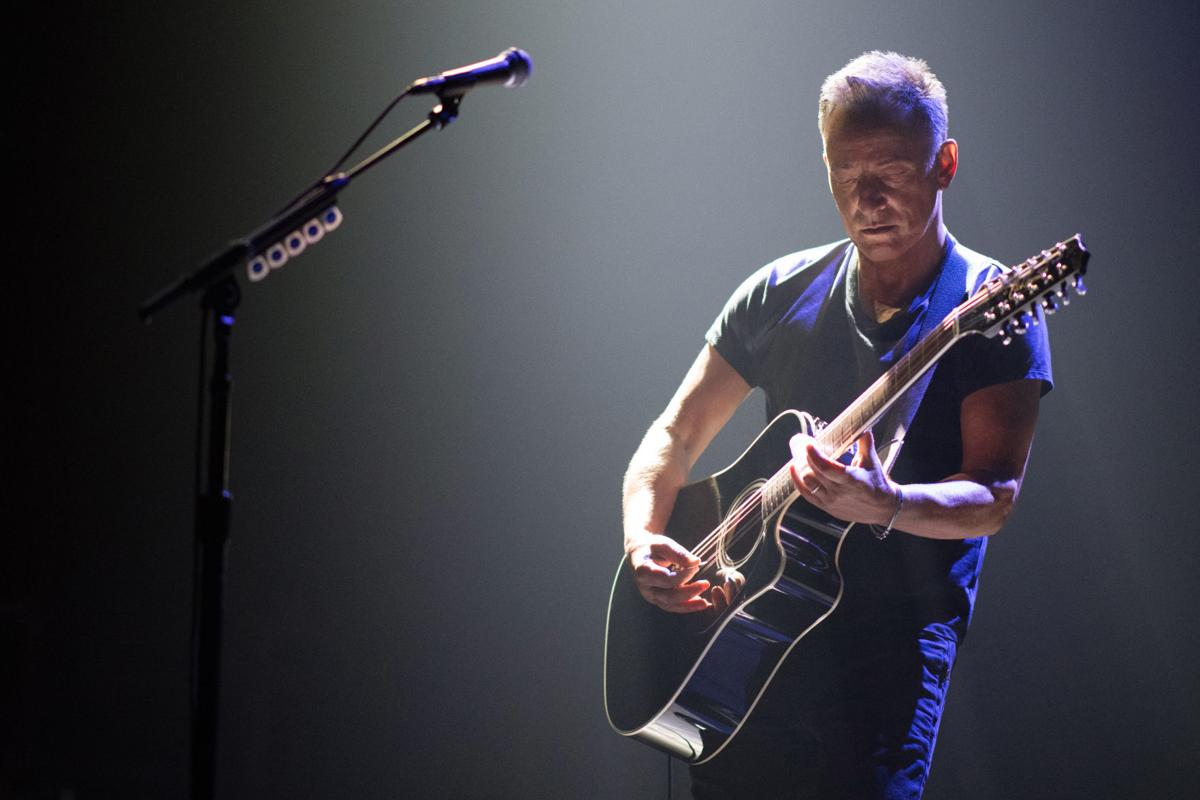 Bruce Springsteen has ended his Broadway run, but the performances live on in Netflix's "Springsteen on Broadway." 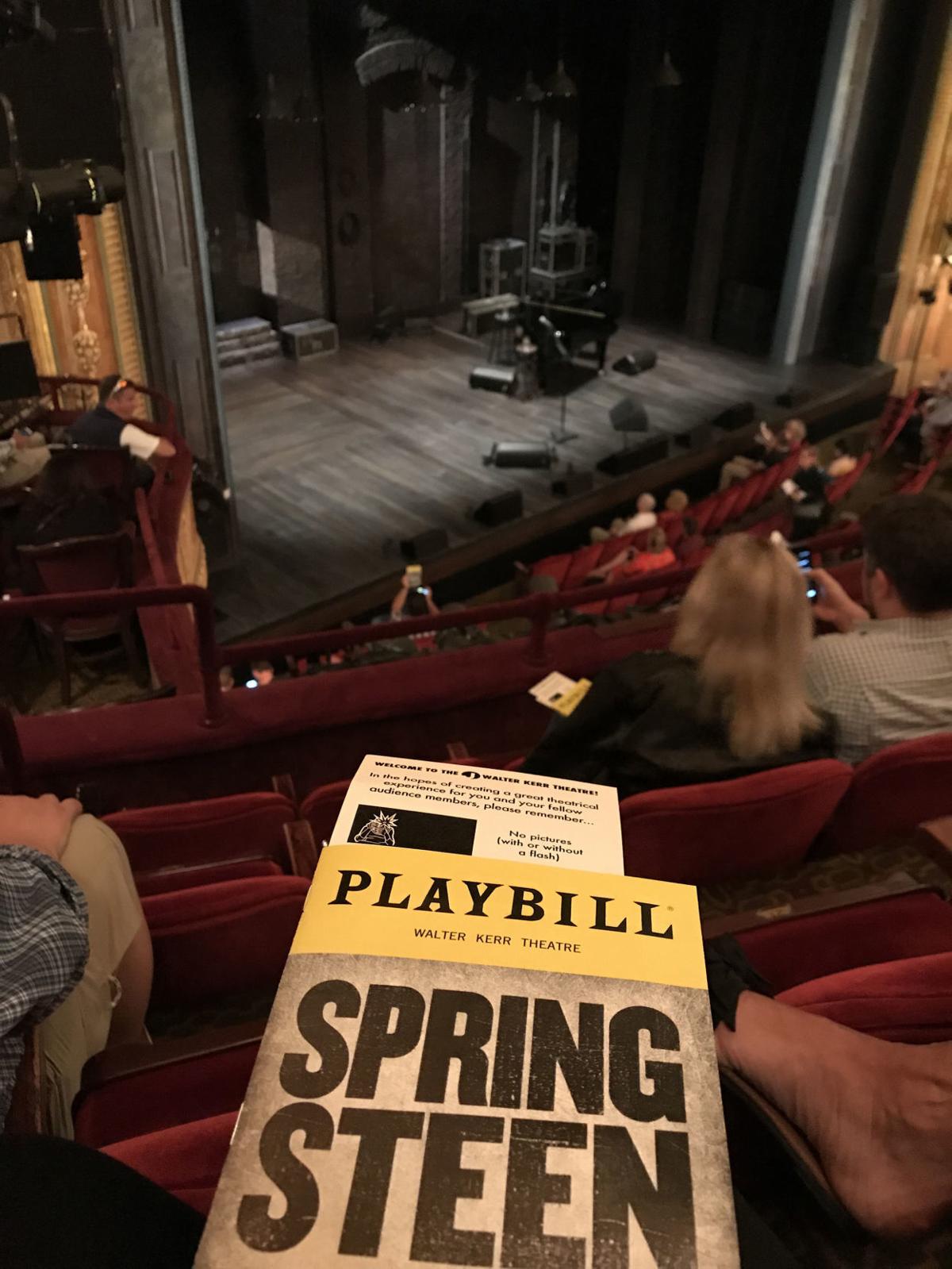 Audience members away "Springsteen on Broadway" on Aug. 22 at the Walter Kerr Theatre. 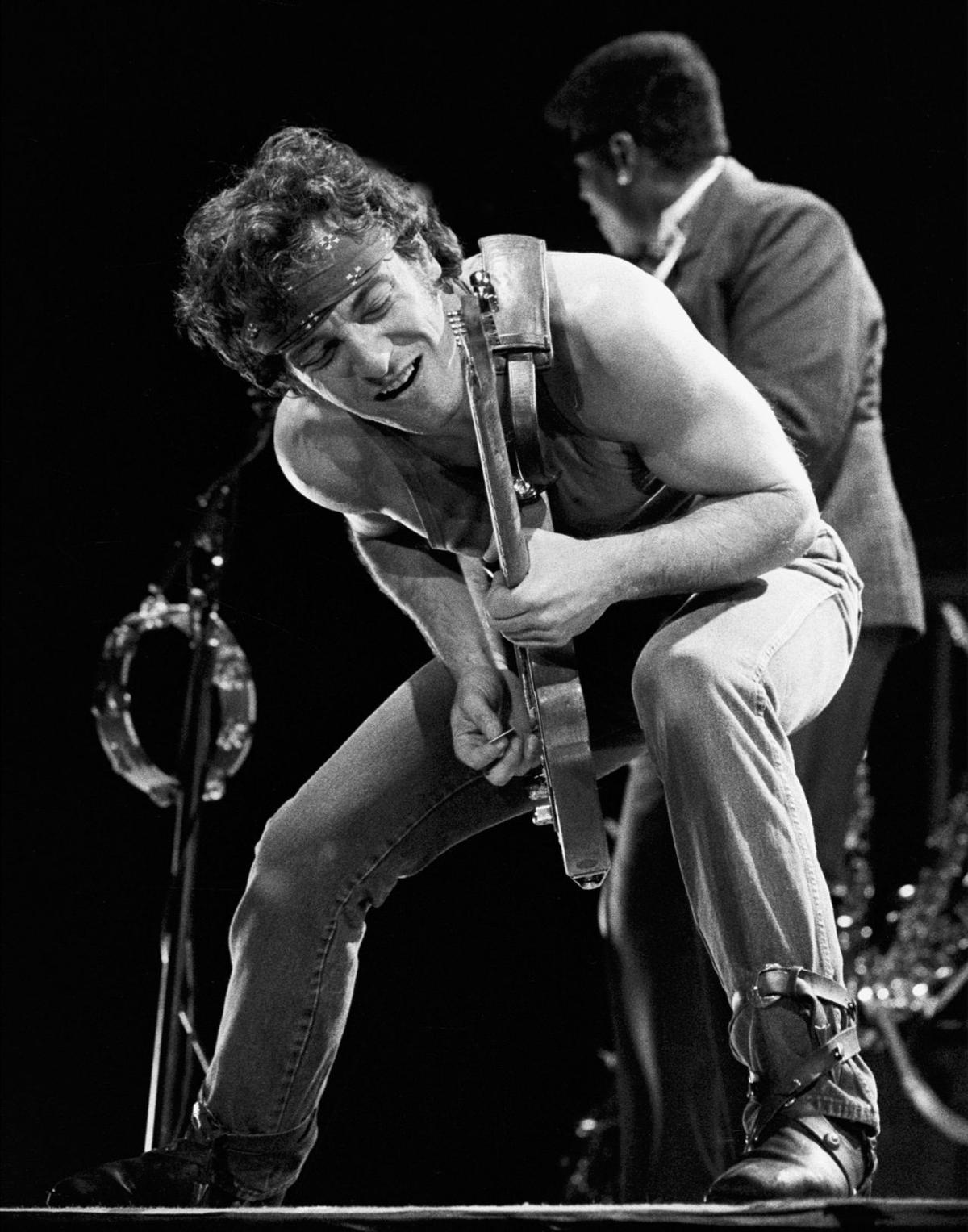 Bruce Springsteen performs his only Lincoln show, in 1984 at the Bob Devaney Sports Center. The concert was part of his "Born in the U.S.A." tour with the E Street Band.

Bruce Springsteen quit the only regular job he’s ever had Saturday night when he walked off the stage of New York's Walter Kerr Theatre for the last time, ending the record-breaking, year-and-a-half run of “Springsteen on Broadway.”

On Sunday, however, the Tony-winning one-man show came back in the form of a film — beautifully crafted from two private performances last summer — which began streaming on Netflix.

That’s right, for the price of a Netflix subscription, we can all see what cost most Broadway viewers $400 to $800, or even four figures, particularly in the final weeks of the show’s run.

Admittedly, no movie can replicate the feeling of sitting in a theater for a live performance, nor is watching a movie on a device at home the same as seeing it on the big screen.

But director Thom Zimny has made a picture that perfectly captures the Broadway show, with no frills, added adornments, interviews, views of the audience or anything else that would detract from feel of being in the seats at Walter Kerr, save for the intimate closeups of Springsteen. No one, save for his wife and collaborator Patti Scialfa, who duets with him on two songs, could have had that view.

"Springsteen on Broadway" worked just fine on my iPad, thank you, with sound via a nice Bluetooth speaker.

As for the substance of the 2½ hour show, it’s rooted in “Born to Run,” Springsteen’s best-selling autobiography from a couple years ago, and in “Born to Run” the song, which is the last of 16 songs that Springsteen performs during the show.

Moving back and forth between standing and singing with various guitars and sitting at a piano, Springsteen tells stories that aren’t far removed from some song introductions at his legendary shows with the E Street Band. (Those, by the way, could never, ever, ever be truly captured on film.)

But these stories are elongated from the concert versions and, given their roots in the book, are more literary and spoken-word performative, evoking images of the giant tree on the Fairhold, N.J., street where he grew up and of desert sunrises on a cross-country drive while painting a verbal portrait of the artist as a boy and young man.

Those reminiscences take up the first hour of the show. The latter 90 minutes leaves chronology behind to touch on the elements that make Springsteen who he is: his friendship with the late sax-man Clarence "The Big Man” Clemons, his social/political outspokenness, and his desire to know America, where he and his audience came from, and his pledge to convey that to people.

That conveyance, which he promised to himself in his 20s, was to come through rock 'n' roll.

And, if nothing else, “Springsteen on Broadway” reveals Bruce to be a lifelong true believer in rock 'n' roll as a soundtrack to escape from a life of drudgery (that’s what “Born to Run” is really about ), a spiritual uplift, community builder, dance inducer and just plain fun.

It also shows him to be nakedly honest — confessing, for example, that he’s never done a working-class job, even though he’s made a living writing about just that (It’s made up, he says) — knowingly funny and, as befits a man at 69, reflective on his life and history.

As for the songs, they’re transformed by the nature of the performance, stripped down to their essence and, in the case of “Born in the U.S.A.,” done as blues with 12-string slide guitar, placed in a deeply sad, personal context that forever should eliminate any patriotic, nationalistic interpretations of its meaning.

I got one song from "Nebrsaka," my favorite Springsteen album - "My Father's House," a number that fit perfectly into the personal narrative that Springsteen crafts for 150 minutes.

It is an individual musician’s tale. His story is not, as I’ve heard some commentators say, all our stories. It’s not even a typical musician’s story. You don’t get to Broadway being typical.

But Springsteen’s story, as he presents it in the Broadway show, has at its heart a universality based in the rock 'n' roll that he loves and creates, and that makes it deeply moving and resonant.

It’s too late for that. So I’ll just have to revisit Zimny’s film a couple more times. It is as good as you can get without being there. And Springsteen is, well, Springsteen — the embodiment of rock ‘n’ roll America.

L. Kent Wolgamott is an entertainment reporter and columnist.

“All The King’s Men” tells of the little-known team that won Nebraska’s first outright Missouri Valley Conference championship, and, in its final game, scored 119 points.

Here are the nominees for the 92nd Academy Awards

While there’s some consternation about #OscarSoWhite and the fact that again, there is no woman up for Best Director, I’ve got no quibbles wit…

PARIS (AP) — A French filmmaker has been charged over the alleged sexual assault of an actress when she was 15.

NEW YORK (AP) — Stephen King says he cares only about “quality," not “diversity” when deciding on awards. Some are asking why he thinks the two must be different.

The Hollywood mogul is charged with raping one woman and sexually assaulting another in separate incidents over a two-day period in 2013.

Female filmmakers were shut out, “Parasite” made history and “Joker” edged out “The Irishman," “1917” and “Once Upon a Time ... in Hollywood” in Monday's Oscar nominations.

A West Point cadet briefly tried to raise money online to cover travel and lodging costs for an adult film star to be his date for a formal banquet at the storied academy.

Bruce Springsteen has ended his Broadway run, but the performances live on in Netflix's "Springsteen on Broadway."

Audience members away "Springsteen on Broadway" on Aug. 22 at the Walter Kerr Theatre.

Bruce Springsteen performs his only Lincoln show, in 1984 at the Bob Devaney Sports Center. The concert was part of his "Born in the U.S.A." tour with the E Street Band.