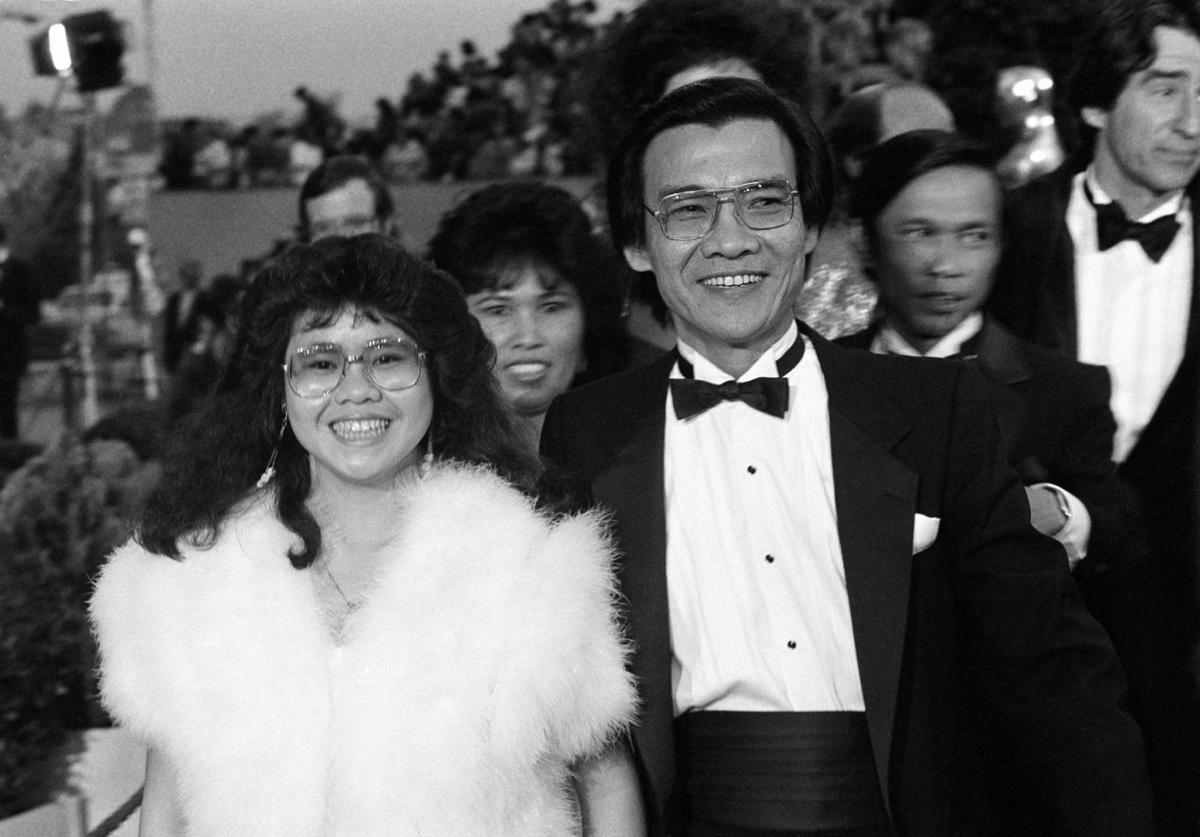 Dr. Haing S. Ngor, right, accompanied by his niece Sophia Ngor, arrives at the 57th Annual Academy Awards March 25, 1985. Ngor won the Best Supporting Actor Oscar for his portrayal of a Cambodian refugee in the film "The Killing Fields." 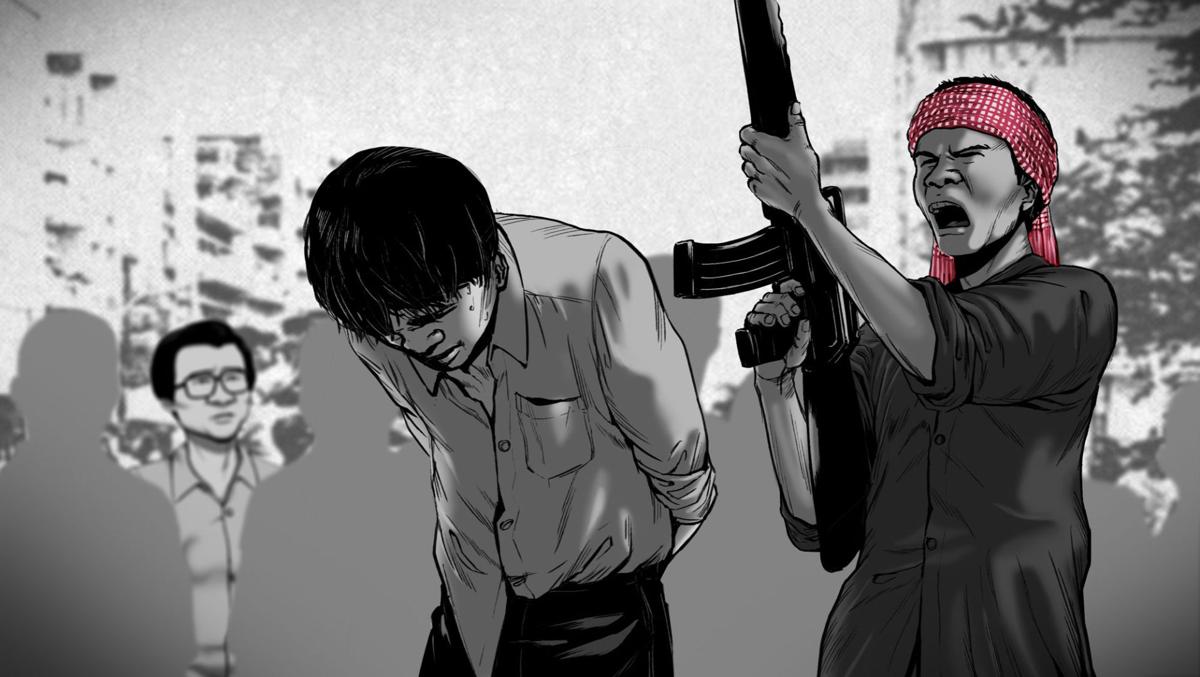 This animated scene from "The Killing Fields of Dr. Haing S. Ngor" depicts the Khmer Rouge takeover of the Cambodia capital city, Phnom Phen, in 1975. 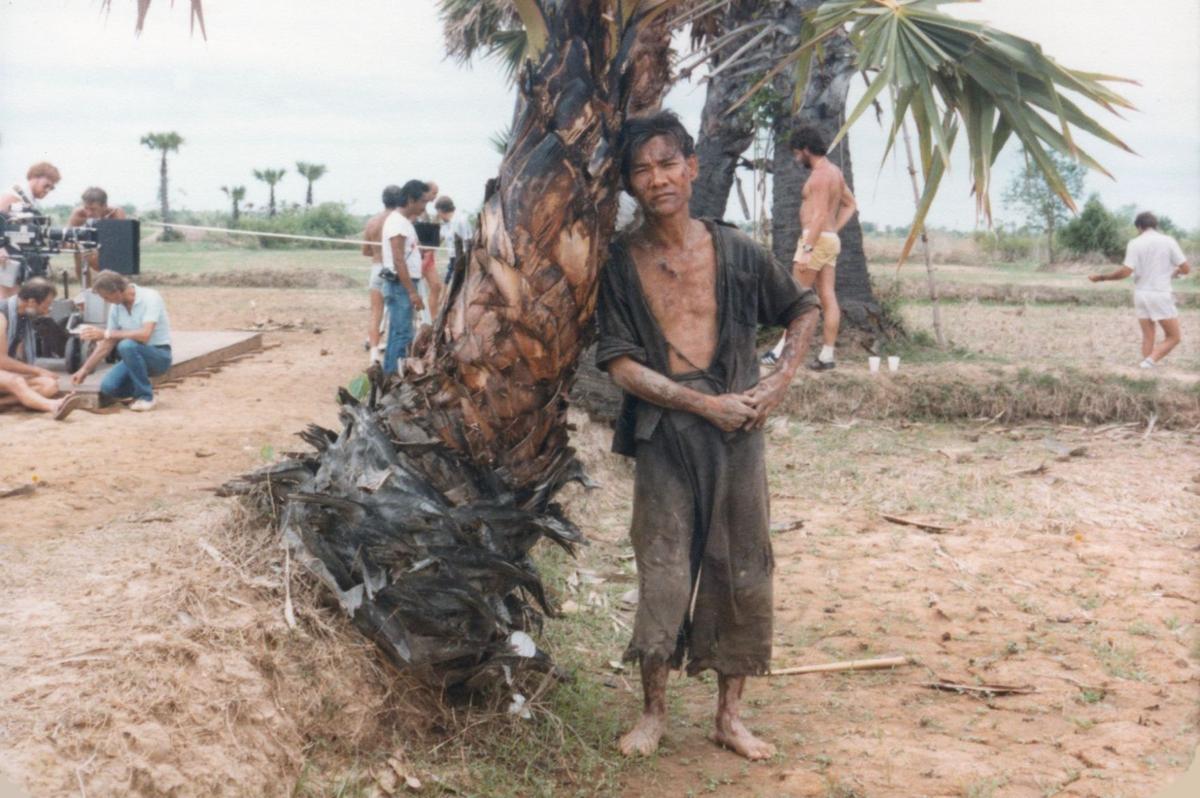 Dr. Haing S. Ngor on the set of "The Killing Fields."

In 1985, Dr. Haing S. Ngor won the Academy Award for Best Supporting Actor for his debut performance, playing a photographer’s assistant during the Cambodian genocide of the late '70s in “The Killing Fields.”

In 1996, Ngor, who spoke out around the world about what had happened in Cambodia and invested time and money into helping the people of his native land, was gunned down in the street outside his Los Angeles apartment.

The official reason for Ngor’s murder -- he refused to give the three gang members the gold locket on a chain around his neck that contained a picture of his late wife, Huoy. But years later, a former official with the Khmer Rouge claimed that Ngor had been killed on orders from Cambodia to silence him.

That claim was never fully investigated. But the possibility is raised in “The Killing Fields of Dr. Haing S. Ngor,” Arthur Dong’s gripping documentary that traces Ngor’s life from boyhood through medical school and his successful practice in Phnom Penh that had both Ngor and his girlfriend traveling in new Mercedes, with drivers.

In 1975, the Khmer Rouge took over the country, killing intellectuals and the educated and throwing the population into forced labor camps. Hiding the fact he was a doctor, Ngor survived the purge but spent four years being tortured and abused in the labor camps before escaping across the border to Thailand.

Dong tells Ngor’s story through readings of “Survival in the Killing Fields,” Ngor’s autobiography written in the ‘80s, brought to life by grainy black-and-white footage of Cambodia in the ‘50s and ‘60s and of the Khmer Rouge, augmented with animation to put Ngor in the scenes. There’s also some news footage of President Richard Nixon, who orders the invasion of Cambodia during the Vietnam War, and of Cambodian officials.

Ngor appears via old television interviews and film of his speeches, his words there amplified by the readings from the book.

The film has a pair of effective framing devices. It opens with Ngor’s niece, Sophia, who lived with him, and an old friend, Jack Ong, digging through boxes of Ngor’s possessions in a Long Island basement, years after the murder.

As various items, like his sewing kit or his wife’s purse are revealed, Dong cuts to the appropriate parts of Ngor’s story. And “The Killing Fields,” the 1984 film that was most of the world’s introduction to the Cambodian horrors, frames much of the remainder of the movie --- as a technicolor, Hollywood reproduction of what happened and as part of Ngor’s amazing story.

Ngor’s story of survival, perseverance and love -- for his country, its people and his wife -- is touching, in a way uplifting, and, ultimately, sad.

It couldn’t have been better told than it is in “The Killing Fields of Dr. Haing S. Ngor,” a film that needs to be seen as both a biography and the story of genocide and political upheaval in Cambodia decades ago that continues to impact the country today.

The Reel Story: This gripping documentary tells the story of Dr. Haing S. Ngor, the Cambodia holocaust survivor who won a 1985 Academy Award before being murdered a decade later.

Special Event: Director Arthur Dong will be at the Ross Friday for a question-and-answer session with the audience following the film's 7:30 p.m. screening.

What to watch this week: ‘Jupiter’s Legacy,’ ‘Shrill’

What to watch this week: ‘Jupiter’s Legacy,’ ‘Shrill’

Dr. Haing S. Ngor, right, accompanied by his niece Sophia Ngor, arrives at the 57th Annual Academy Awards March 25, 1985. Ngor won the Best Supporting Actor Oscar for his portrayal of a Cambodian refugee in the film "The Killing Fields."

This animated scene from "The Killing Fields of Dr. Haing S. Ngor" depicts the Khmer Rouge takeover of the Cambodia capital city, Phnom Phen, in 1975.

Dr. Haing S. Ngor on the set of "The Killing Fields."