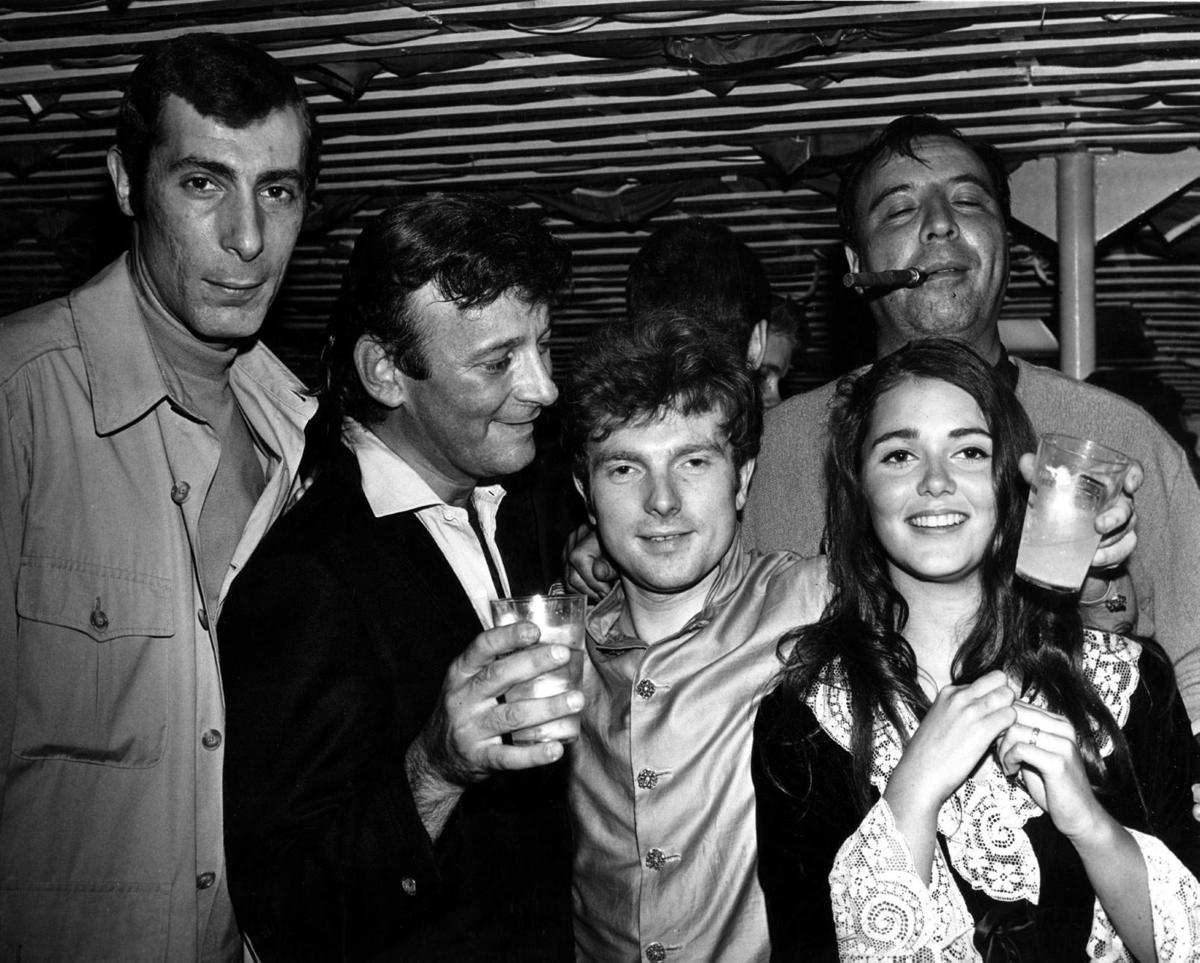 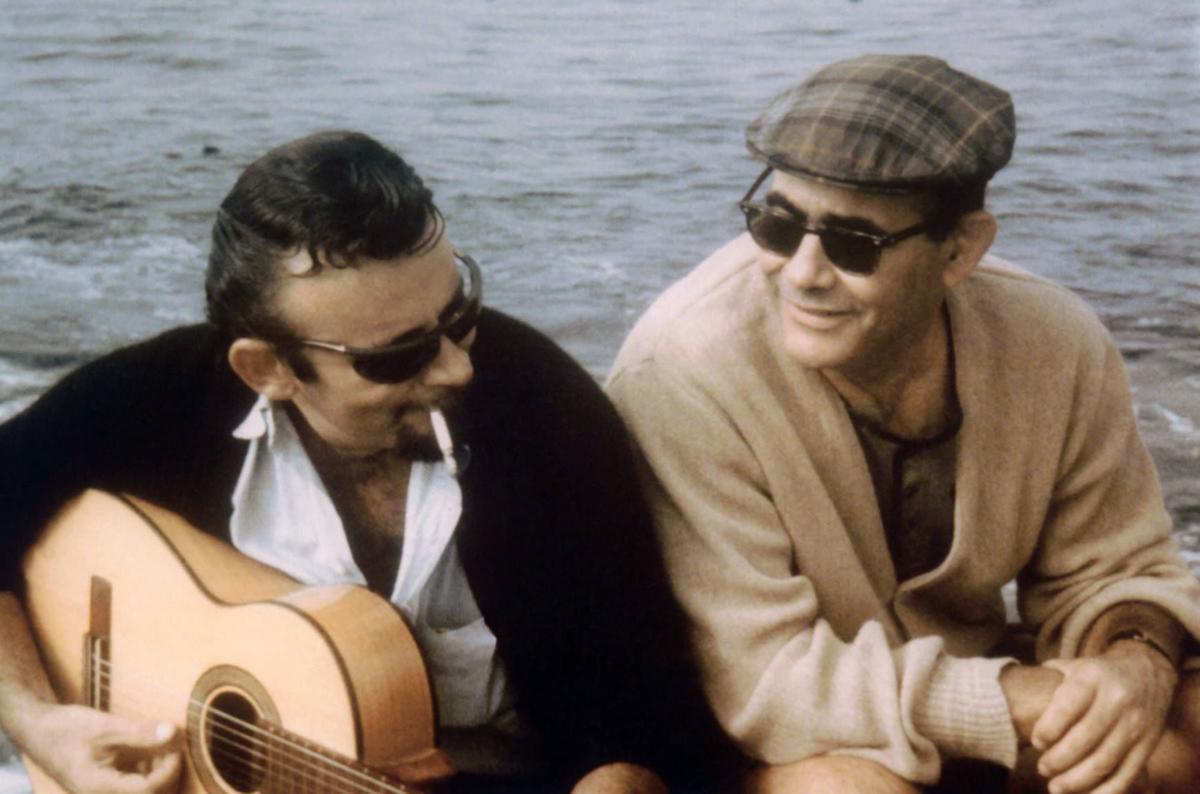 Bert Berns (left) and Atlantic Records Jerry Wexler in a photo from the documentary "Bang: The Bert Berns Story."

Chances are that, even though he’s in the Rock and Roll Hall of Fame, you don’t recognize the name Bert Berns.

Chances are greater that you’ve heard one of his songs, say “Twist and Shout,” “Piece of My Heart” “Here Comes the Night” or “Hang On Sloopy” or a hit he produced for Van Morrison and Neil Diamond.

Of late, Berns has been rediscovered, his story — a tale of music and the mob, of a man who knew he was living on borrowed time and of the early days of rock ‘n’ roll — told in a superb biography by Joel Selvin and on film in “Bang: The Bert Berns Story.”

Directed by his son Brett Berns and Bob Sarles, written by Selvin from the bio and narrated by Stevie Van Zandt, “Bang” is one of the best music documentaries in years. It spins together Berns’ story via vintage photographs and film, interviews with those he worked with — soul singers Solomon Burke, Ben E. King, Cissy Houston, songwriters Jeff Barry and Ellie Greenwich and Morrison and testimonials from the likes of Paul McCartney and Keith Richards.

The latter, of course, are there to talk about their covers of Berns songs — The Beatles turning “Twist and Shout” into the British rock ‘n’ roll anthem of 1963 and the Rolling Stones doing “Everybody Wants Somebody to Love.”

But that’s getting ahead in the story of the Jewish boy, born in 1929, who contracted rheumatic fever that damaged his heart and was predicted not to live to age 30.

Forced to stay inside, Berns was given a piano, learned to play and, much to the chagrin of his father, took up a “career” in music — not serious music, but in rhythm and blues.

Fusing the rhythms of the mambo, which he loved, into songs he wrote on piano and acoustic guitar, Berns struggled to find a place in the late ‘50s music biz, his first company flopping. But one hit and Berns was an established Brill Building songwriter — who soon learned that, in order to control the sound of the recordings, he had to become a producer.

Along the way, he befriended wiseguy Carmine “Wassel” DeNoia and a Mafia boss, went into business with Atlantic Records and his mentor Jerry Wexler, married a go-go dancer, founded a couple record labels, got rich and got betrayed.

And he became the “white soul brother,” revered by the likes of Houston, King and the Isley Brothers, admired from afar by Richards and remembered through some of the most enduring songs of the rock ‘n’ roll era.

Brett Berns and Sarles, who edited the picture, crisply tell that story, taking the viewers inside the recording studios and turbulent business meetings, onto Berns’ yacht and into his New York penthouse apartment — all accompanied by a soundtrack of the original versions of Berns’ hit, including Morrison’s “Brown Eyed Girl” and Erma Franklin’s “Piece of My Heart.”  That song, of course, was later famously covered by Big Brother and the Holding Company and its singer Janis Joplin.

“BANG!” didn’t play Lincoln during its theatrical run last year and I managed to miss it at South By Southwest a couple years ago — it’s usually a good idea to go to the theater on the day the movie is showing, not the day after.

The good news is it’s out on DVD Friday, with extended versions of many of its interviews available as extras, and streaming on iTunes. It’s terrific, required viewing for music aficionados and for those who love a great American showbiz story.

The Reel Story: One of the best music documentaries in years, "Bang" tells the story of producer/songwriter Berns, a tale of music and the Mob and a man living as if his life could end any day, writing of that in his songs like "Piece of My Heart.

A company will pay someone $1,300 to watch 13 horror movies in October

Here's how to apply to be a Horror Movie Heart Rate Analyst.

his documentary about the "Salvador Mundi" a painting discovered in 2005 attributed to Leonard daVinci is a thriller about the ethically-compromised art world, financial manipulation and greed.

Review: 'The Loneliest Whale' tries to solve the mystery of a never-seen whale with a unique song

This captivating documentary follows the effort of the filmmakers and a team of scientists to locate a never-before-seen whale that has a unique song that indicates that he's never been able to connect with his kind, and is thereby lonely.

Bert Berns (left) and Atlantic Records Jerry Wexler in a photo from the documentary "Bang: The Bert Berns Story."