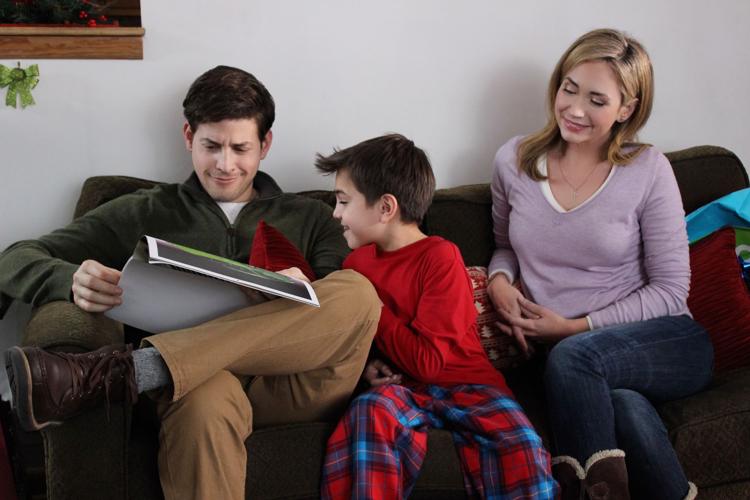 "12 Days of Giving," a holiday film from Nebraskan Christine Conradt, features David Blue (left), Jax Connolly and Ashley Jones. It premieres at 6 p.m. Sunday on the UP network (Spectrum channel 124). 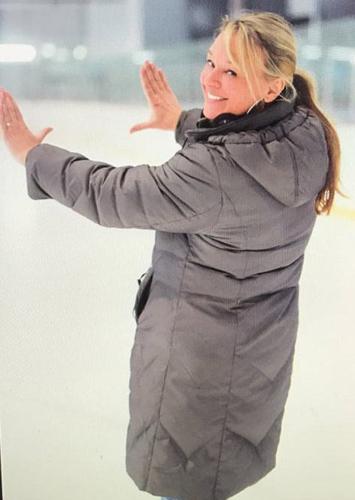 Director Christine Conradt on the set of "12 Days of Giving" at the Sidner Ice Arena in Fremont. The holiday film premieres Dec. 3 on UP.

When I spoke to Hollywood screenwriter Christine Conradt in 2010, she told me she eventually would like to write a Christmas movie.

“I would love to turn my TV on at Christmas every year and see it come on,” Conradt, who grew up in Lincoln and graduated from Lincoln East High School in 1992, said at the time.

On Sunday, it finally will happen when “12 Days of Giving” enjoys its premiere at 6 p.m. on the UP network (Spectrum channel 124) and repeats periodically throughout the month.

Starring Ashley Jones (“True Blood,” “The Bold and the Beautiful”) and David Blue ("Star Gate Universe," “Ugly Betty”), the holiday film tells the story about a photographer, who after winning $50,000, becomes the Secret Santa for his town. In doing good deeds, he meets the single mother of a boy he helps, and falls in love.

Conradt, 44, not only wrote the movie, she directed it, too. And here’s the best part -- she filmed it entirely in Fremont, with shooting taking places in February in a variety of the city’s locales.

“It was fun coming back to Nebraska to shoot this,” said Conradt, who makes her home in Los Angeles, where she’s become quite prolific as a screenwriter with more than 80 scripts to her credit, including several thrillers for Lifetime and LMN.

“I’d been wanting to do a movie back home for a long time and the financial incentives put together by the Eastern Nebraska Film Office are what convinced us to it in Fremont.”

During a phone interview, Conradt said the film brought in more than $65,000 to Fremont businesses and $140,000 to Nebraska businesses during its four weeks of production and gave several college students at Midland University (Fremont) and Metro Community College (Omaha) internship opportunities.

“We had other people who came from as far away as Kearney just to be in the background,” Conradt said. “It’s a fun way to experience what it’s like to make movies.”

But filming in Nebraska didn’t come without a few issues -- like a lack of snow, which, well, is important for a holiday film. Conradt said it snowed (and melted) the day they arrived, and once more during what was supposed to be a day off for the crew. Instead, Conradt and her team filmed locations day and night to get what she needed.

“We used everything we had with snow in it,” she said. “We had to make it look Christmas-y.”

For Conradt, who’s been screenwriting regularly since 2005, “12 Days of Giving” is her third directorial effort. The other two, 2015’s “The Bride He Bought Online” (aka “Flirting With Madness”), which she also wrote, and 2017’s “Killer Mom” were thrillers, her most familiar genre.

“Most of my career have been crime thrillers, so it was nice not to kill somebody in a movie for once,” she said with a laugh.

In the spring, she'll become a published author. She's expanded scripts from three of her movies with "at 17" in the title into young adult novels for HarperCollins. The first is expected out in May -- the same month she'll marry her fiance, David Baker.

"Novelization is a very different experience from adaptation," Conradt said. "You're taking something that's bare bones and fleshing it out instead of paring it down."

The Reel Story: Written and directed by Nebraska’s Christine Conradt, the holiday film is the story about a man who wins a small fortune and decides to share his winnings by acting as a Secret Santa to people in a small town.

18 Nebraskans starring on TV this fall

Several Nebraska actors appeared on the small screen in 2017 or have landed gigs at midseason. Here is a rundown of them in alphabetical order…

Trisha Yearwood had no intention of having a television cooking show when she, her mother and her sister began compiling their family recipes …

Now is the time when many of your favorite shows disappear after airing their “fall finales.” Still, some networks, especially the streaming s…

Hulu’s latest offering has a Nebraska connection in subject matter and storyline. The streaming service will release at 2 a.m. Thursday all se…

Barney McCoy admitted Gen. John J. Pershing was, more or less, a stranger to him before making a documentary about the noted U.S. military lea…

It’s holiday show season in Lincoln, and, for that matter, everywhere around the country.

Gwyneth Paltrow had fears about being seen as an "evil stepmother"

Gwyneth Paltrow had fears about being seen as an "evil stepmother"

"12 Days of Giving," a holiday film from Nebraskan Christine Conradt, features David Blue (left), Jax Connolly and Ashley Jones. It premieres at 6 p.m. Sunday on the UP network (Spectrum channel 124).

Director Christine Conradt on the set of "12 Days of Giving" at the Sidner Ice Arena in Fremont. The holiday film premieres Dec. 3 on UP. 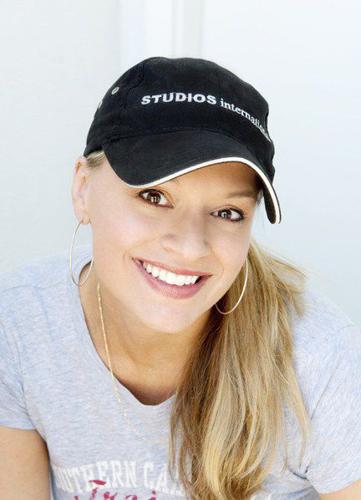