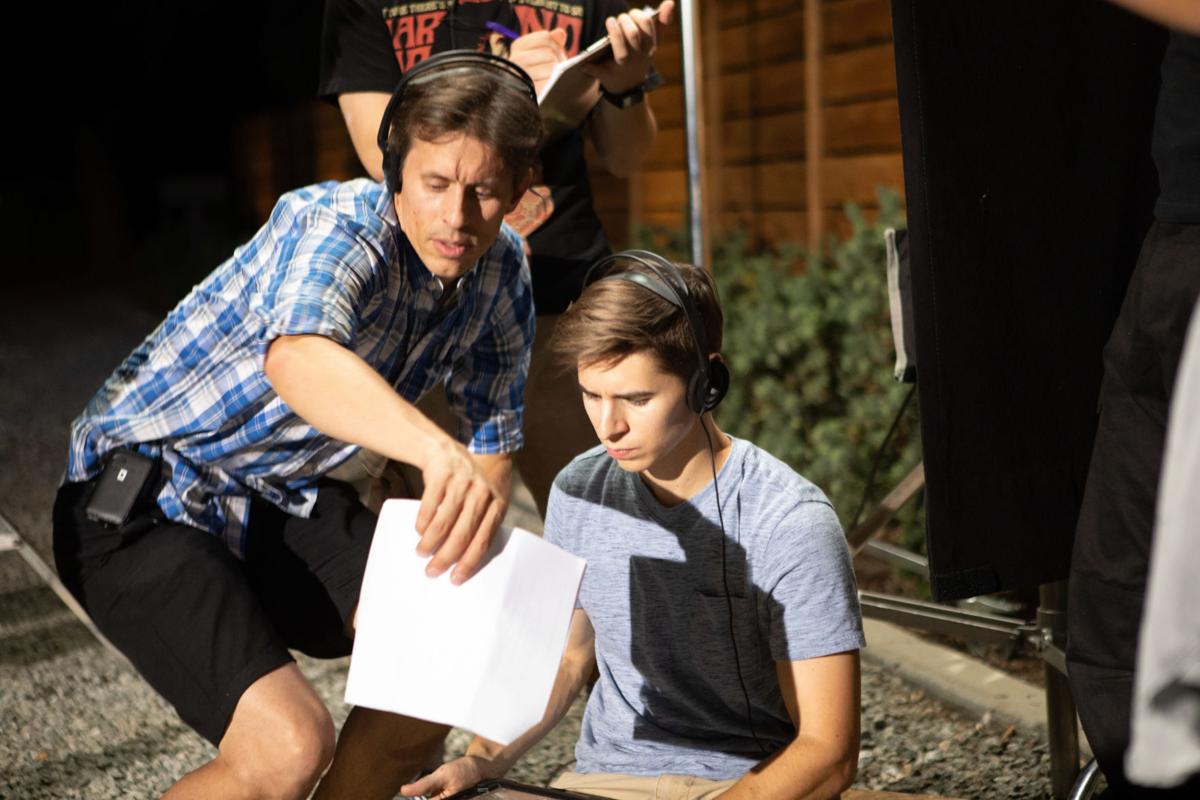 Travis Cluff (left) and Chris Lofing (right) work on the set of “Held,” a new movie coming to Beatrice. The horror movie opens in theaters Friday. 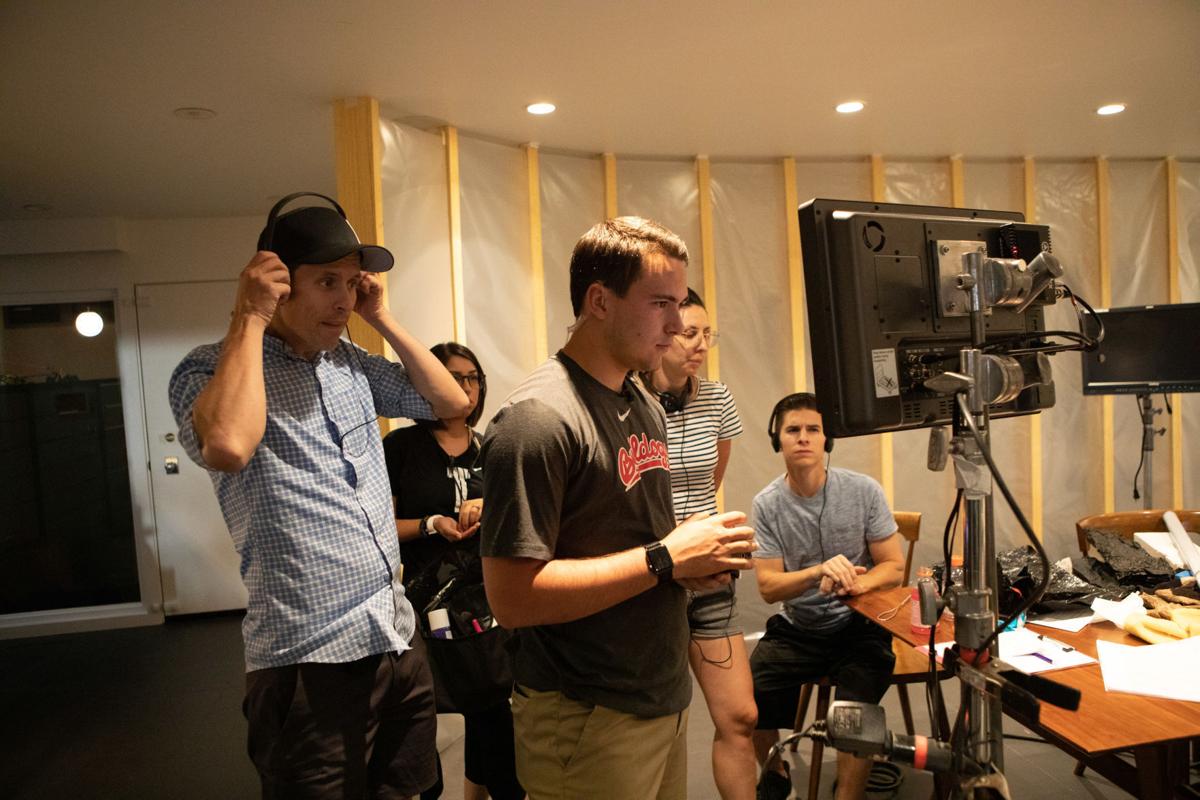 Chris Lofing (far right) works with the crew on the set of “Held.” He graduated from Beatrice High School in 2009.

BEATRICE -- Get ready to be scared.

California-based filmmaker and Beatrice native Chris Lofing has a new film coming out, and Beatrice has one of 80 theaters in the nation where “Held” will be shown.

Like his previous films “The Gallows” and “The Gallows Part II,” Lofing’s upcoming film is meant to leave the audience members afraid and on the edge of their seats.

“The movie is basically about a couple who are celebrating their anniversary and go away to a vacation rental,” Lofing said. “The couple’s ailing marriage is put to the test when they are held hostage in an isolated vacation rental by an unseen voice that commands their every move. They get locked in this house and this voice announces itself and tells them what to do in order to repair their marriage.”

Lofing directed and produced the movie, and said the film has been described as marriage counseling performed by Jigsaw, a character in the “Saw” series of horror films.

“We’re proud of it and it was a surprisingly very small budget movie,” Lofing said. “It’s similar to the 'Gallows' in that we were able to get a lot out of just working with several talented people putting their heart and soul into this.”

The film was shot in Fresno, California, where Lofing lives. He and Cluff rented a home in the city to shoot the film.

“We spent most of 2020 working in post production, which worked out well for us,” Lofing said. “We had plenty of work to do just locked up in the bunker. But in terms of the industry as a whole, it’s completely changed. It’s just now starting to get back into gear. Commercials are starting to shoot again, people are getting back on set. Especially here in California, it has been very restrictive.”

With the film ready to be unleashed on the world, Lofing said he’s happy Beatrice’s theater will be participating in the premiere.

“Beatrice made me who I am and it’s where I’m from,” he said. “Any chance I get to have the movies in the theater there, the theater I grew up with, it’s special to me and it’s cool because I have a lot of friends and family who want to support what I’m doing. Especially during the pandemic, getting out to a movie theatre is special these days.”

“Held” opens Friday. Lofing said Beatrice is the only theater he’s aware of in the state where the film will be shown.

Spring and summer movie preview: A look ahead to films coming to theaters, homes in coming months

Don’t be surprised if a few of these movies sound familiar due to having been pushed back ad infinitum because of the pandemic.

Prince Philip had a rich Hollywood history. Here’s how he was depicted in film and TV

Here's a look at the actors who’ve taken on the role over the years — and one who will play him in the near future.

REVIEW: Is space really as boring as 'Voyagers'?

Two thoughts come to mind the minute “Voyagers” begins: Why are these young people so impossibly good looking and why are they so incredibly quiet?

“Stray” is a compelling documentary that follows a tan Istanbul street dog named Zeytin, who led filmmaker Elizabeth Lo through the Turkish city, one of the few places in the world where stray dogs cannot be captured or killed.

Will Smith film pulled from Georgia over voting law

Production of Will Smith's film "Emancipation" has been pulled from Georgia over the state's new voting law, the most high-profile film to depart.

'Just to be Nominated' co-hosts and talk about missing The Movie Theater Experience in general, but also specifically as it pertains to seat-filling blockbuster flicks like Godzilla versus Kong.

'Just to be Nominated' co-hosts and talk about missing The Movie Theater Experience in general, but also specifically as it pertains to seat-filling blockbuster flicks like Godzilla versus Kong.

Travis Cluff (left) and Chris Lofing (right) work on the set of “Held,” a new movie coming to Beatrice. The horror movie opens in theaters Friday.

Chris Lofing (far right) works with the crew on the set of “Held.” He graduated from Beatrice High School in 2009.