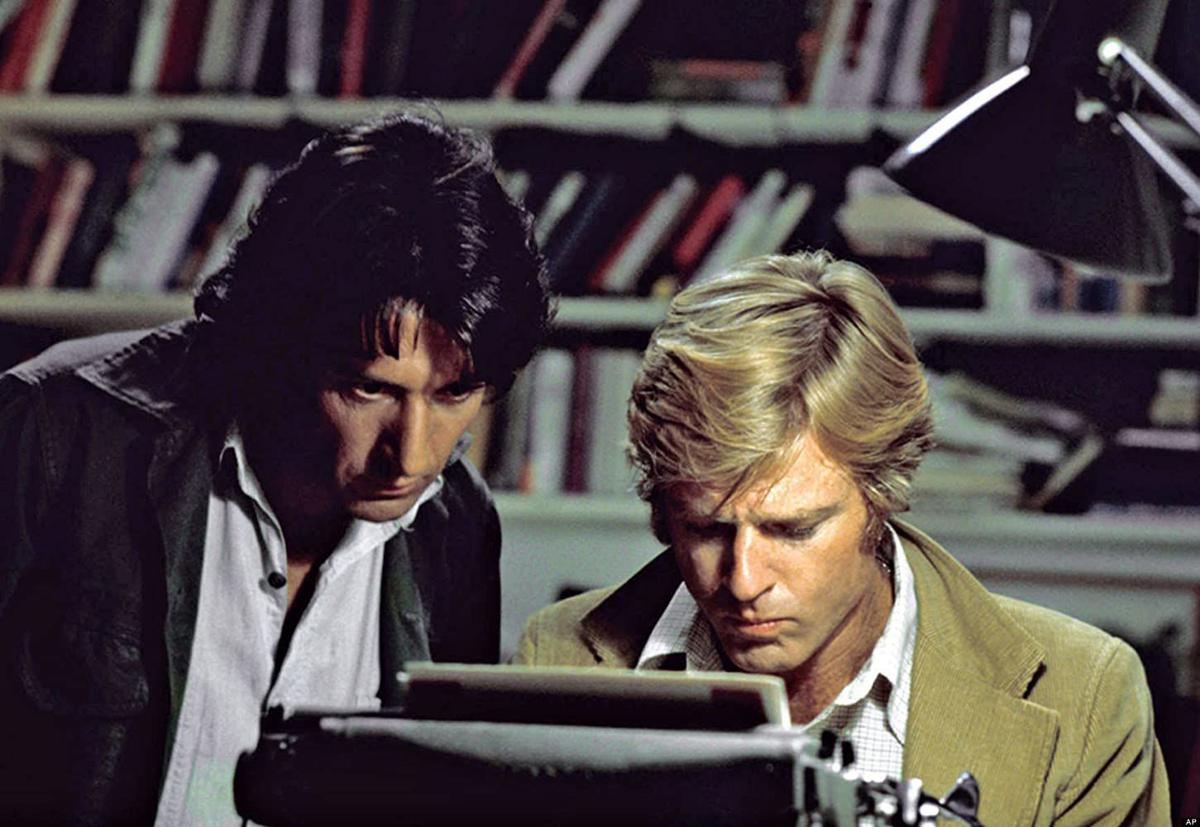 Dustin Hoffman (left) and Robert Redford in "All the President's Men" (1976). 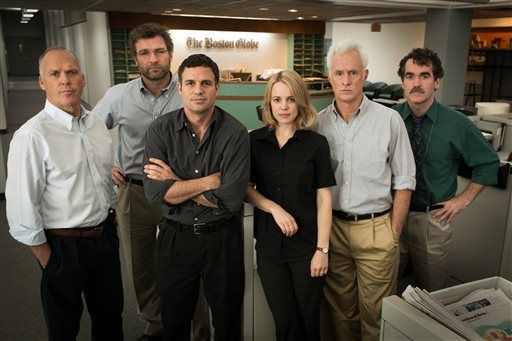 One of the best newspaper movies is "Spotlight." Director Tom McCarthy’s picture about the Boston Globe investigative team’s early 2000s investigation into the Catholic priest sexual abuse scandal tells its story with accuracy, great detail and an understanding of the journalists and their world.

With my newsroom colleagues, like hundreds of other journalists around the country, working like crazy to get the story of coronavirus devastation to readers, I got to thinking about newspaper movies — those pictures about reporters and editors doing their work and the publishers who either encouraged or impeded it.

While none of them deal with covering a pandemic — this is, obviously, the biggest story of our lifetime — here are my 10 favorite newspaper movies:

1. “All The President’s Men” (1976): The best newspaper picture ever — a title likely to be held forever — is Alan J. Pakula’s adaptation of how two young Washington Post reporters, Bob Woodward (Robert Redford) and Carl Bernstein (Dustin Hoffman) ferreted out the Watergate scandal and brought down a president.

2. “Spotlight” (2015): Another true story that shows reporters at work — this time the Boston Globe investigative team unearthing sexual abuse in the Catholic Church and its attempted cover-up. The movie packs three years of work into a seamless story — though it’s not 100% accurate. The Globe won a Pulitzer Prize for its coverage. “Spotlight” took the Best Picture Academy Award.

3. “The Paper” (1994): Michael Keaton is a Diet Coke-swilling New York tabloid editor who has a harried day in Ron Howard’s entertaining picture that covers 24 hours in a newsroom as reporters look into the cover-up of a murder while fending off budget and personnel cuts. This one’s got all the newspaper tropes — they’re cliches for a reason — and it's great fun.

4. “Deadline — U.S.A” (1952): Humphrey Bogart is a crusading managing editor who takes on a gangster implicated in the murder of a young woman. All the while Bogey tries to keep The Day alive as its owner is about to sell to a competitor that will shut down the paper. And it all plays out in glorious black and white.

5. “Zodiac” (2007): This serial killer movie centers on efforts to track down the notorious Zodiac Killer by a police investigator (Mark Ruffalo), along with a San Francisco Chronicle reporter (Robert Downey Jr.) and cartoonist (Jake Gyllenhaal). There are a lot of newsroom scenes that are very real. Since the statute of limitations has expired in telling you the ending, here’s a non-spoiler: Zodiac has never been found.

6. “The Post” (2017): Director Steven Spielberg crafted this dramatic account of the Washington Post’s decision to risk jail by publishing the Pentagon Papers, with Meryl Streep as publisher Katherine Graham and Tom Hanks as Ben Bradlee.

7. “The Front Page” (1974) and “His Girl Friday” (1940): This is cheating a bit, I know,  but both movies share the same source — Ben Hecht and Charles MacArthur’s 1928 play — a comical account of Chicago reporters shenanigans as they cover a convict’s escape just before his execution. “The Front Page” is a Jack Lemmon-Walher Matthau gem. “His Girl Friday,” which makes reporter Hildy Johnson female, stars Cary Grant and Rosalind Russell and is a classic screwball comedy.

8. “State of Play” (2009): A thriller as much as a newspaper story, this overlooked picture stars a rumpled Russell Crowe as a reporter looking into the highly suspicious death of the mistress of a congressman (Ben Affleck) with blogger Rachel McAdams joining in the investigative reporting. The British TV series, on which this picture is based, is terrific.

9. "Kill The Messenger” (2014): This controversial film tells the story of San Jose Mercury News reporter Gary Webb (Jeremy Renner), who unearths a powerhouse scandal — that the Nicaraguan Contras played a role in the crack cocaine trade in Los Angeles, with the knowledge of the CIA — only to have that work assaulted by the larger journalistic organizations that got scooped. This one’s a tragedy for, while not shown on screen, Webb committed suicide a few years after he left the paper.

10. “Citizen Kane” (1941): Ranked by many as the greatest film of all time, Orson Welles’ classic, thinly disguised biopic of William Randolph Hearst gets the bottom rung here simply because it’s not about the daily grind of journalism. It’s a tale of a publisher and the power he gains through the words his papers print.

For the last month, streaming has become the only way to experience live music. Those performances have largely leveled the musical playing fi…

Dustin Hoffman (left) and Robert Redford in "All the President's Men" (1976).

One of the best newspaper movies is "Spotlight." Director Tom McCarthy’s picture about the Boston Globe investigative team’s early 2000s investigation into the Catholic priest sexual abuse scandal tells its story with accuracy, great detail and an understanding of the journalists and their world.