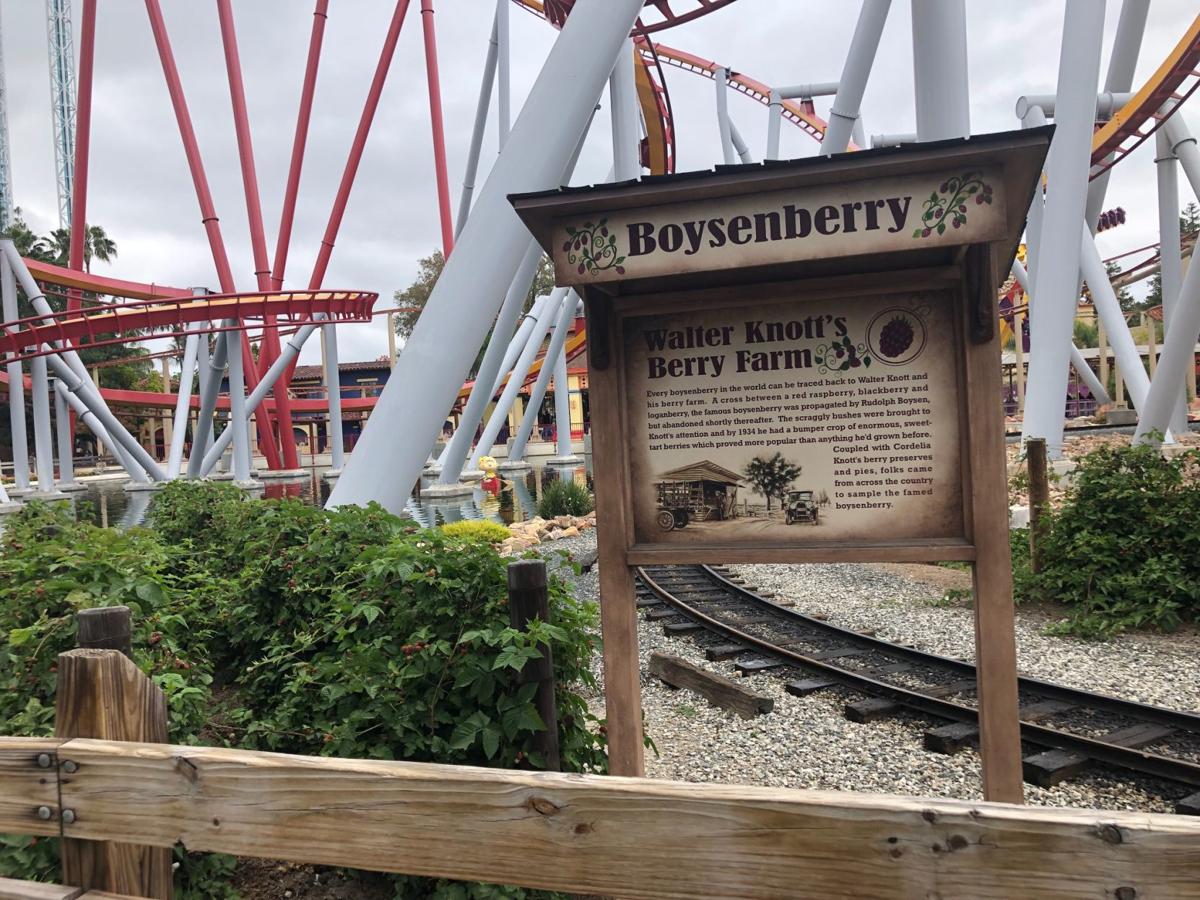 The original berry patch is now amid the legs of thrill rides. 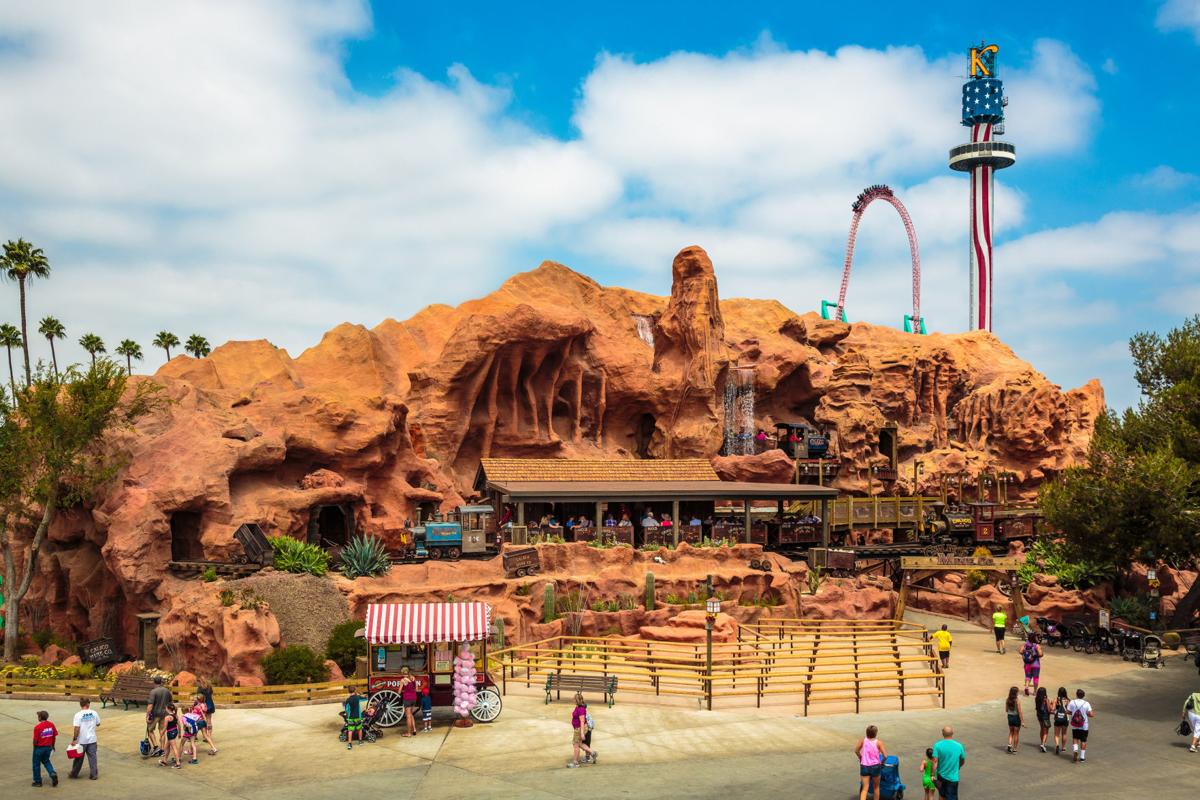 The Calico Mine Ride was Knott’s first major ride, opening in the Ghost Town area in 1960. 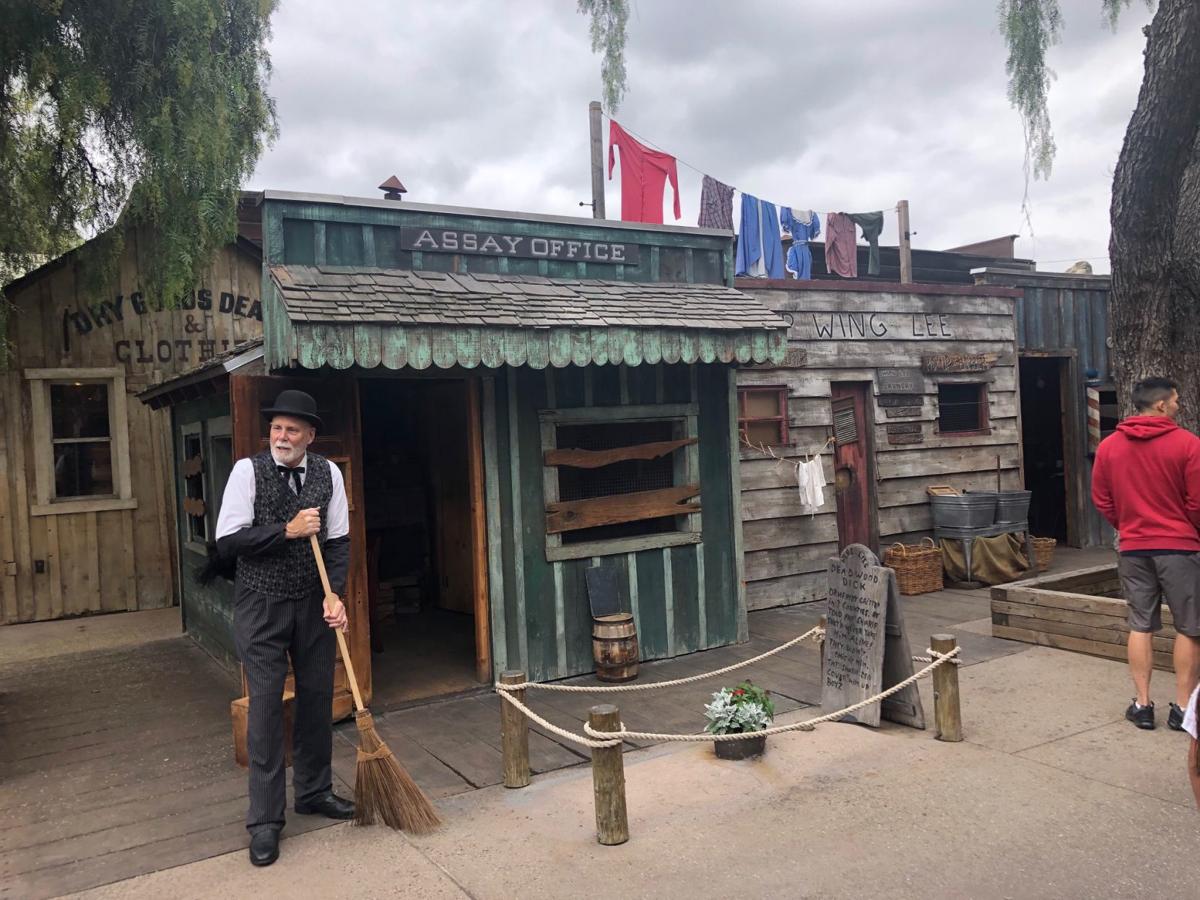 The original Ghost Town remains a park attraction, along with the characters who inhabit the old buildings and greet passersby. 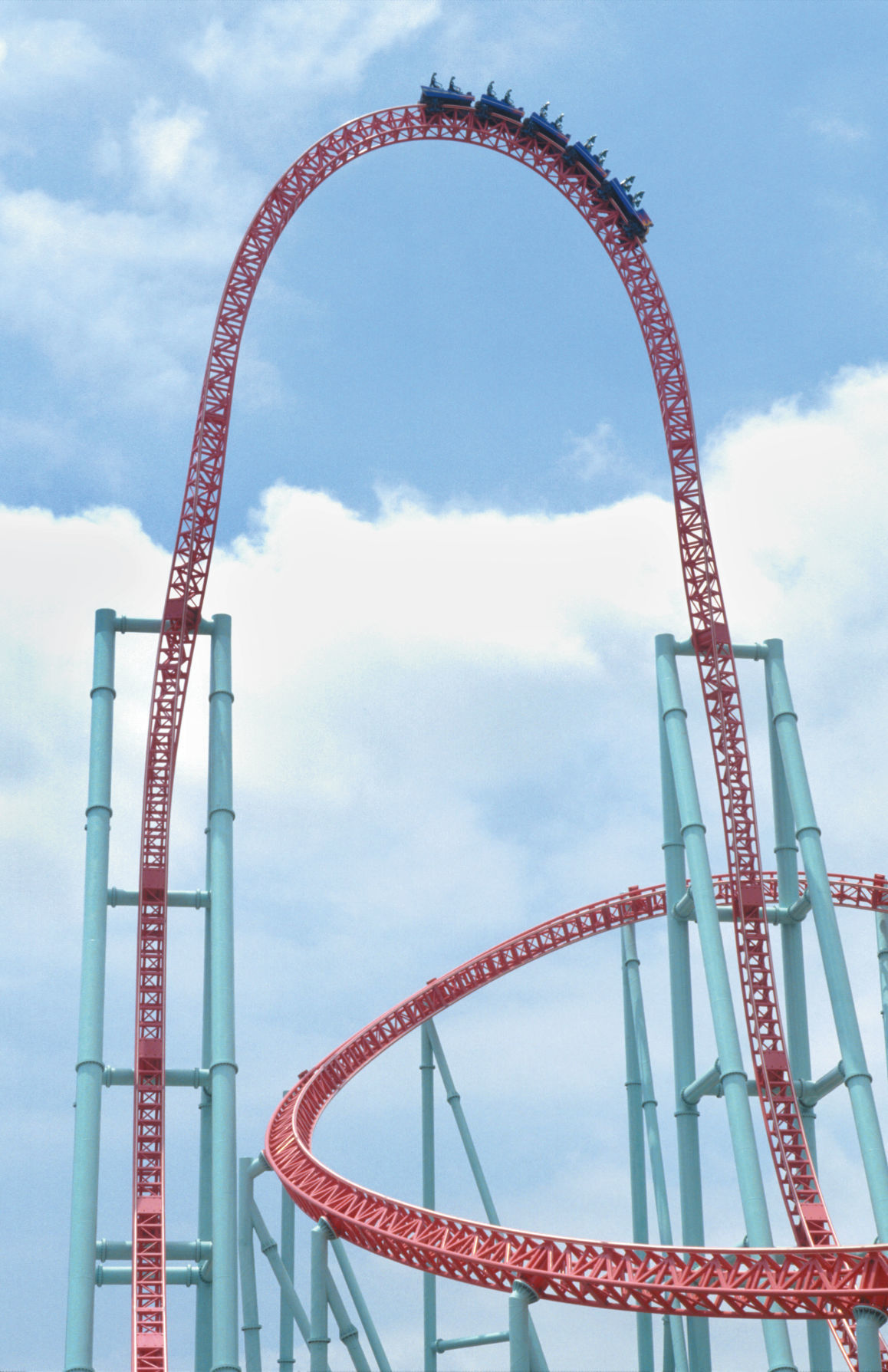 It is likely that you know of or have visited Knott’s Berry Farm in Buena Park, California. But it is less certain you are aware that the theme park is a legend in the theme park industry. Before Knott’s there were other “amusement” parks like Coney Island in New York and the Venice Pier in California, but Knott’s was the first venue to offer entertainment in “themed” areas.

Surprisingly, much of the original park remains in use, but a visitor has to know where to look. For example, a small plot of the original berry patch remains, and continues producing berries, albeit underneath the legs of a state-of-the-art roller coaster.

Just how the theme park developed from a humble beginning is the result of consistently sound business decisions originating from selling berries. A theme park never entered Walter Knott’s mind when he leased 20 acres of land in 1920 to grow and sell berries to the wholesale market. Knott was just following a childhood dream of becoming a farmer. At the time, he had only $250 in savings.

However, his first year in business, berry prices plummeted. So Knott opened a roadside stand selling berries to the public, which was described by a worker as “a lean-to sheltered with palm fronds.” The popularity of the stand grew, and Knott added more varieties of berries. By 1928, he had opened a coffee shop and a store in front of the berry fields, offering homemade jellies and jams from his patch of red raspberries, strawberries, blackberries, dewberries and boysenberries.

Four years later in 1934, the Knotts opened a small diner, serving fried chicken made from his wife Cordelia’s recipe (served on the Knotts’ wedding china) and homemade boysenberry pie for dessert. (Both are still served today at Mrs. Knott’s Chicken Dinner Restaurant in the park.) The diner also grew in popularity, and when it became common for people to wait in line for several hours, Walter felt attractions were needed to keep the diners occupied.

Early displays were old mining equipment that helped educate guests about California history, and many remain on display scattered throughout the park. Gradually, the family added a myriad of attractions like rock gardens, a replica of George Washington's fireplace, a miniature volcano, a collection of rare music boxes and a gift shop.

The first actual themed area in any theme park was the Old West Ghost Town, which still remains the park’s centerpiece. Walter’s mother had arrived in California in 1868 by wagon train, and perhaps because of his pioneer heritage, he felt compelled to educate his customers about what American life was like on the frontier. Between 1940 and 1942, Knott moved an abandoned Ghost Town, board by board, to the berry farm.

In 1955, and only a few miles away, Disneyland opened in Anaheim, California (the Knotts attended as guests of Walt Disney), challenging Knott's Berry Farm for its audience. The competition encouraged the Knott family to add more attractions including a roller coaster, a cable-car ride, a mine where children could pan for gold, and live shows. There was no admission charge, but some attractions required guests to purchase a ticket.

Finally, in 1968 when the small berry patch had grown to a 200-acre park, admission began to be charged, and that changed visitor expectations. They wanted to be entertained as they were at Disneyland a few miles away. The Knott family launched an expansion that would transform the small theme park, consisting of historical artifacts, family-friendly attractions and home cooking into a multi-million-dollar entertainment-themed complex.

Today there are several themed areas of the park, which now employs 10,000 people.

For an adventure the entire family will enjoy, Knott's Berry Farm provides delightfully familiar rides from bumper cars to Ferris wheels to a mine ride and a railroad. The Butterfield Stagecoach ride takes visitors through the Ghost Town.

Craftsmen demonstrate the arts of the blacksmith, wood carver, glass-blower, sign cutter and spinner. Demonstrations of narrow-gauge railroading and farm equipment are also displayed. The Bird Cage Theater hosts several types of performances throughout the year. The Calico Mine Ride, Knott’s first major ride, opened in the Ghost Town area in 1960 and carries riders aboard ore cars on a realistic adventure through dimly lit tunnels of a working gold mine.

Built in 1969 with a pop-culture Mexican theme, the area contains stores like Casa California, restaurants like Pancho's Tacos, and themed rides like La Revolución and Montezooma's Revenge (riders accelerate from 0 to 55 miles per hour in seconds) that contribute to the Mexican and Aztec theme of the area.

Games in this area include physical challenges such as a rock wall and a rope ladder crawl. A variety of traditional carnival “pitch three balls and win a prize” type games, such as knocking over three milk bottles, are pitched by hawkers along the Boardwalk Games midway.

Opened in 1983, this area is home to family rides, with many built specifically for children under 12, as well as guests who cannot ride the park's more aggressive attractions. Its theme is Charles M. Schulz's "Peanuts" comic strip characters. When introduced, Snoopy and his cartoon friends became the mascots of Knott's Berry Farm.

All the themed areas have aggressive rides with names that instill fear in the hearts of the timid. Examples include the Supreme Scream, which begins at 254 feet in the air, plunging riders to the ground in 3 seconds at 50 miles per hour; and Ghost Rider, which is the tallest and longest wooden roller coaster in the U.S. And then there is the Xcelerator Coaster Rocket that reaches 82 mph in 2.3 seconds before passengers begin hurtling 90 degrees straight down!

While Disney theme parks have opened around the world, there is still only one Knott’s Berry Farm, and it sits on the original berry patch where it all began in 1920. Usually it is less crowded and has shorter wait times for attractions than Disneyland. It is also less expensive.

Walter Knott probably sold less than 6 million berries from his roadside stand in his first year. But today, over 6 million people visit yearly, earning Knott’s Berry Farm the distinction of being among the most popular theme parks in North America.

"The cigar can bring people together," said Stacy Griffin. Call her Lincoln's Cigar Queen — dabbling in stogies (and their powerful aroma) while toiling by day in the fragrant world of flowers.

The original berry patch is now amid the legs of thrill rides.

The Calico Mine Ride was Knott’s first major ride, opening in the Ghost Town area in 1960.

The original Ghost Town remains a park attraction, along with the characters who inhabit the old buildings and greet passersby.