Subscribe
Read Today's E-Edition
Share This
Leading Off: A little bit of yoga makes everything better -- and sometimes can turn around lives
0 Comments
Share this
Pat Sangimino

Bonnie Meyer laughs at the notion that she has it all figured out. The yoga she espouses might have actually saved her life, but make no mistake, she says, she's not perfect.

"I am a work in progress," said the owner of  Studio 4:8 Yoga, named as an homage to Philippians 4:8. "We’re all works in progress. Anyone who sits here and thinks they have it all figured out is lying."

Still, there's a calm surrounding Meyer, a perpetual ball of energy. There's an inner peace that exudes and gives the look of someone who has mastered the daily grind.

In a former life, Meyer was the voice in a lot of local radio commercials. Her most famous catch phrase might have come while pitching a nutritional supplement when she asked the question few of us dare to fathom.

Do you want to look better naked?

That seems like a lifetime ago. So does being raised on the racetrack watching her father Lonnie Jensen lap the field at Eagle Raceway and the now-defunct Midwest Speedway.

"He was a big deal in the '80s," she says, acknowledging you don't grow up on pit row without being able to spit fire, turn a wrench or find mischief around just about any corner.

Judging anybody by their teenage years is a fool's errand. Teens are supposed to make mistakes and learn from them. Seldom are their screwups irreparable. But sadly, sometimes they have tragic outcomes.

So, if you're keeping score at home, Meyer was a typical teenager — perhaps a little rougher around the edges than some, but not as awful as she might lead you to believe.

Maybe that explains the soft spot this 40-something has for Nebraska's youth and why she looks forward to going into the Youth Detention Center a few times a week through Lincoln Public Schools' Pathfinder program to teach the yoga that she says "saved my life."

"Yoga teaches you that you’re not in control of anything, (except) the way you react," she said. "I’m not a savior by any means but I can give them some tools to help cope with the world better."

Leading Off: UNL sophomore making a pitch at a possible career on the stage

Many think of yoga and its various poses as a way of building muscular flexibility. That's only part of it. A typical session also includes breathing exercises and concludes with several minutes of quiet meditation.

It's something that jibes with virtually any religion, which is all the more reason that the flak she received eight years ago by opening Lincoln's first Christian yoga studio is pure hogwash.

No matter the message, the mind is best suited to receive when it is still. That's yoga.

"When the body gets still and things get quiet, that’s generally when the mind starts taking control of everything," she said. "... If I can plant a seed in a kid by saying, 'You don’t have to react to every little thing that happens to you, you can pause. You can take a step back and work on some breath work.'"

For most, that's a life-skill that is gleaned with practice. Meyer, the mother of three children in their 20s, has no regrets. Her journey has shaped her into the woman she is today, but her road could have been smoother.

"If I would have gone through this practice growing up, it would have really helped me," she said.

Leading Off: Zoolarious commemorates eight years of Sunday-night comedy in Lincoln this week

She discovered yoga after getting injured while teaching a kick-boxing class. She found she liked the physicals parts of the practice, but didn't like the mind work that is so essential.

Only when she embraced the concept of relaxing her mind did she feel her outlook on life begin to change. Her focus became more sharp. Her ability to listen and observe improved and she felt more there in everything she did.

"It's made me pay more attention," she said. "I’m 110% there when I’m at a concert. It’s the practice of being present. That’s one of the philosophies of yoga – you need to be present in your life. If I am sitting here talking to you right now, but I am thinking I need to be doing this, this and this, I’m stealing away from this moment."

Who amongst us hasn't been guilty of texting with someone, or staring into their cell phone while among friends or family members?

Leading Off: Longtime member of Lincoln's music community called on to save Jazz in June

Meyer caught herself doing that recently while her youngest daughter was telling her something.

She was forgiven. Remember, much like the teens she works with, she is a work in progress.

Lincoln native to combine interests in acting, boxing for next act as psychologist

With her last summer before diving headlong into academia and the study of the inner workings of the human mind, Rachael Washington is dipping a toe back into musical theater by playing the lead female character in "Rent," which begins Thursday.

Leading Off: Life is hard, but Lincoln Community Playhouse production gives reason to find joy in it

"Every Brilliant Thing" is poignant. It's funny. It's sad and at times tragic. Suicide usually is. And the impact it has on loved ones, we've learned, leaves lasting scars.

Beatrice is a "nice enough town," as one person said in the opening of HBO's six-part series, "Mind Over Murder," which premiered Monday, but make no mistake, a town "with a weird undercurrent."

Eight songs you need on your 4th of July playlist

Eight songs you need on your 4th of July playlist 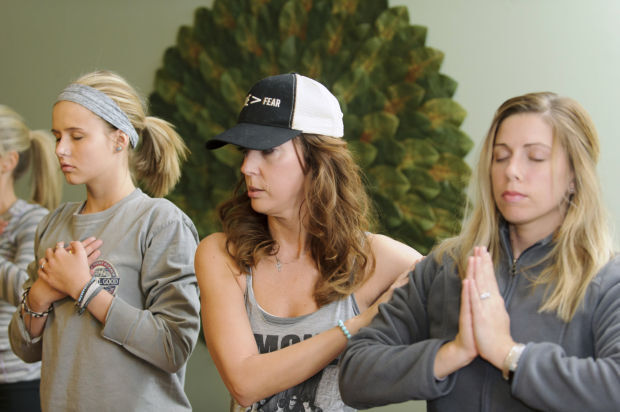 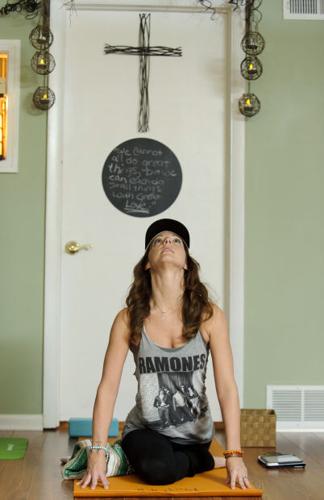