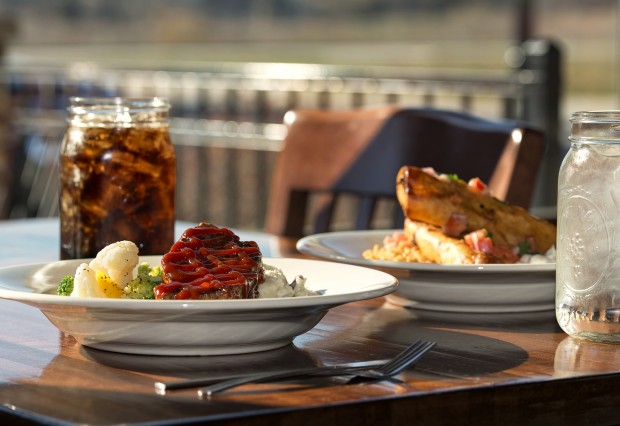 Mama's Meatloaf (left) and the North of the Border -- barbecue pulled pork -- at Toast are shown with the restaurant's signature, 32-ounce Mason jar glasses. 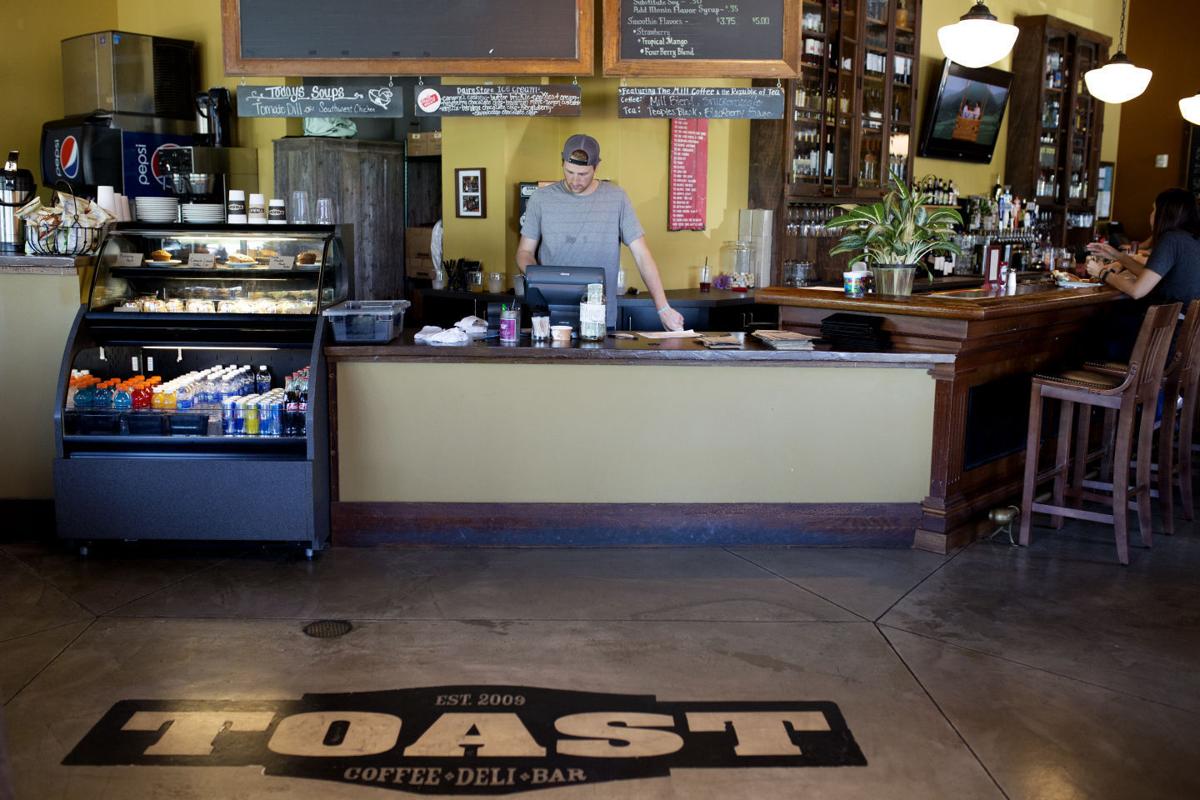 Toast, 570 Fallbrook Blvd., has become one of the area's go-to restaurants and coffeehouses. The restaurant serves sandwiches, soups, salads and signature entrees in an eclectic atmosphere featuring reclaimed materials.

One of the best small-town Nebraska restaurants exists within the Lincoln city limits.

Set apart from the rest of the city, the Fallbrook development in northwest Lincoln off Nebraska 34 features a business district that complements residences.

Among the businesses is Toast.

Originally opened in October 2009 as a coffee shop/deli/bar, the eatery now is a full-service restaurant after a two-month renovation and expansion.

Toast launched its new menu in July. Diners now will find an amazing selection of burgers, hot sandwiches and dinner entrees to go along with the classic deli and soup offerings already on the menu.

The eatery is owned by Red Herring Concepts, which is made up of Tony and Wendy Young and Mike Martin. The trio is in the process of reopening the Capital City Grill under the name LeadBelly in the Haymarket.

Martin said adding to Toast’s menu “has been a constant priority” since opening, but that was not possible with the small kitchen.

That changed when Toast took over office space next to the restaurant. In addition to a new, larger kitchen, the restaurant also added a 40-seat dining area.

“We continued to grow and needed the space, especially on Friday and Saturday nights,” Martin said.

The most popular additions -- outside of the burgers -- have been the comfort foods, Martin said. They include a tomato ketchup and brown sugar-glazed meatloaf ($9.99) and cottage pie ($9.99) -- Toast’s version of a shepherd’s pie with braised pork loin and veggies topped with homemade mashed potatoes and served Brussels sprouts.

My wife went the “hot” route on our dinner visit, opting to try new menu selections from the new kitchen.

Having heard from readers about the gourmet burgers, I ordered one from the eight choices. My Thai Burger ($8.99, with a choice of side) featured a peanut sauce, roasted red peppers, red onion, cilantro and cabbage on a toasted ciabatta roll.

I liked the combination, especially the roasted red peppers, which give the burger a little more flavor and lot of zip to it.

My wife chose The Virginian ($8.99, with a choice of side), a grilled sandwich with smoked turkey, green chilis and melted cheddar cheese on Texas toast. She liked the sandwich, but wanted a few more peppers and a little less cheese.

We both opted for the fries. They are worth noting because they look and taste exactly like those from McDonald’s. We are huge fans of the fries from the famed fast-food joint.

I told Martin during my follow-up interview with him that I’m anxious to try the meatloaf and cottage pie on future visits. Grade: B

Part of Toast’s appeal stems from its “historic” atmosphere. The owners used materials from old Lincoln and Omaha establishments in creating the venue. The trim and baseboard are from Lincoln's Whittier Junior High School; the cabinets behind the bar are from the Burlington Station in Omaha; and the bar's brass rail is from Mr. C's restaurant in Omaha. It’s warm and inviting. Grade: A

Our service was exceptional, but we visited the restaurant on a slow Sunday evening. Only a handful of tables was in use. We found our server, Logan, to be quite friendly. He checked on us twice during the course of meal. Turnaround time on our food orders was less than 10 minutes. Grade: A

The biggest thing of note here is that Toast will substitute a homemade vegetarian patty on its gourmet burger menu. Choices include peanut butter and bleu cheese, patty melt, Hawaiian, Thai and barbecue.

Located on the first floor of the historic Seaton & Lea building at 301 N. Eighth St., the new restaurant appears to have the chops and resources to succeed where many restaurants have not.

Mama's Meatloaf (left) and the North of the Border -- barbecue pulled pork -- at Toast are shown with the restaurant's signature, 32-ounce Mason jar glasses.

Toast, 570 Fallbrook Blvd., has become one of the area's go-to restaurants and coffeehouses. The restaurant serves sandwiches, soups, salads and signature entrees in an eclectic atmosphere featuring reclaimed materials.