AURORA — At JoJo’s Gelato and Grill in Aurora, the future has arrived.

To help alleviate the shortage of employees, owners Jim and Marni Danhauer have put a robot to work.

The robot, named Servi, delivers food orders to customers’ tables at the Aurora eatery. When customers put dishes back on the robot, Servi takes them to the dishwashing station, where they’re washed by an old-fashioned human.

After meals are prepared, employees place the plates of food on the robot and punch in the number of the table for which it’s destined.

It also can be programmed to deliver other messages, such as “Happy birthday.”

The Danhauers saw the robot demonstrated in July at a restaurant trade show in San Antonio.

With the current labor crunch, they were “just kind of looking at ways to try and serve our customers better with the limited staff that we have,” Marni Danhauer said.

Like so many other restaurants, JoJo’s is having trouble finding employees.

“We advertised for three months and got no applications,” she said.

The Danhauers hope the robot will “make the workload easier on the servers that we do have so that we can retain them, because they’re just stressed to the max right now,” Marni said.

A representative of Bear Robotics, the Austin, Texas, company that manufactures the product, came to Aurora to set it up.

The Danhauers have a couple of more weeks to decide if they want to lease the robot. But so far, it looks good, Jim Danhauer said.

What kind of a co-worker is Servi?

The robot, which stands about 3 feet high, is actually named Giada, employees say. The name was inspired by the famous Italian chef.

Quite a few customers have taken video of the robot at work.

If the Danhauers decide to go ahead with the lease, it will cost roughly $1,000 a month, Marni said.

JoJo’s has 19 employees, about half of whom are full time.

If the robot can reduce the workload “on the staff we have, that’s kind of a win because at least they’re going to not get burned out as fast,” she said.

Because of the staff shortage, JoJo’s has been closed the past three Tuesdays. The restaurant, which opened in 2019, hopes to return to a full schedule soon.

In addition to serving guests at the restaurant’s 22 tables, the robot can be programmed to go to the trash bins and elsewhere.

“It can also roam, but we don’t use that feature,” Marni said.

The 2021 Emmy Awards were a night of firsts and surprises

Kind Heart Bakery thrived during the pandemic by selling sugar cookie kits for families to make while isolated at home. 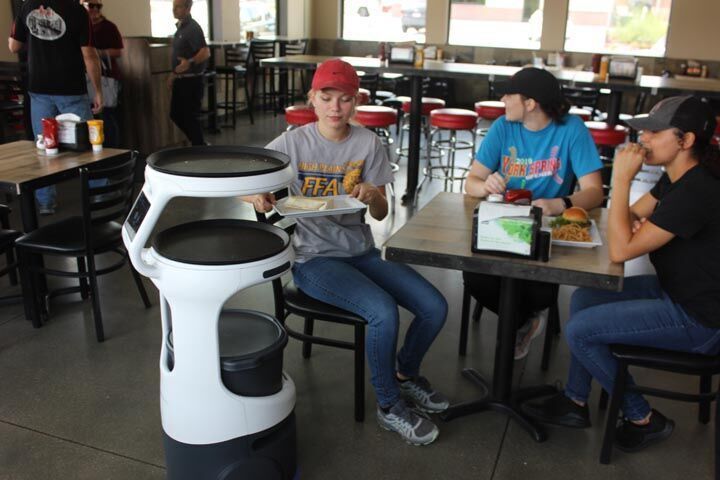 A robot now shares in the workload with employees at JoJo’s Gelato and Grill in Aurora, including Mahailla Archer (from left), Kiya Fort and Mila Crawford. 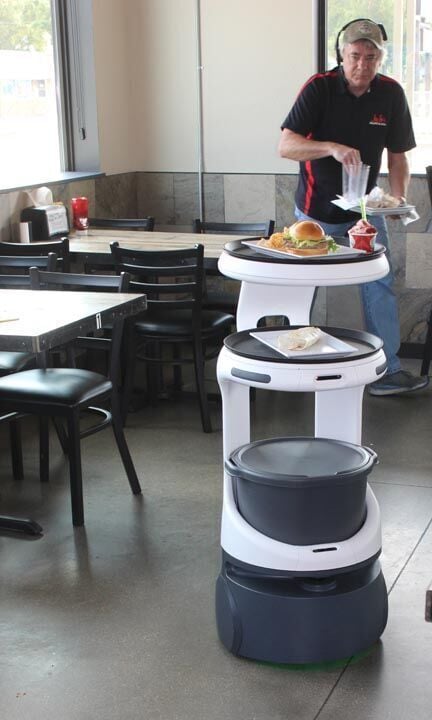 Jim Danhauer, co-owner of JoJo’s Gelato and Grill, clears a table at the Aurora restaurant.