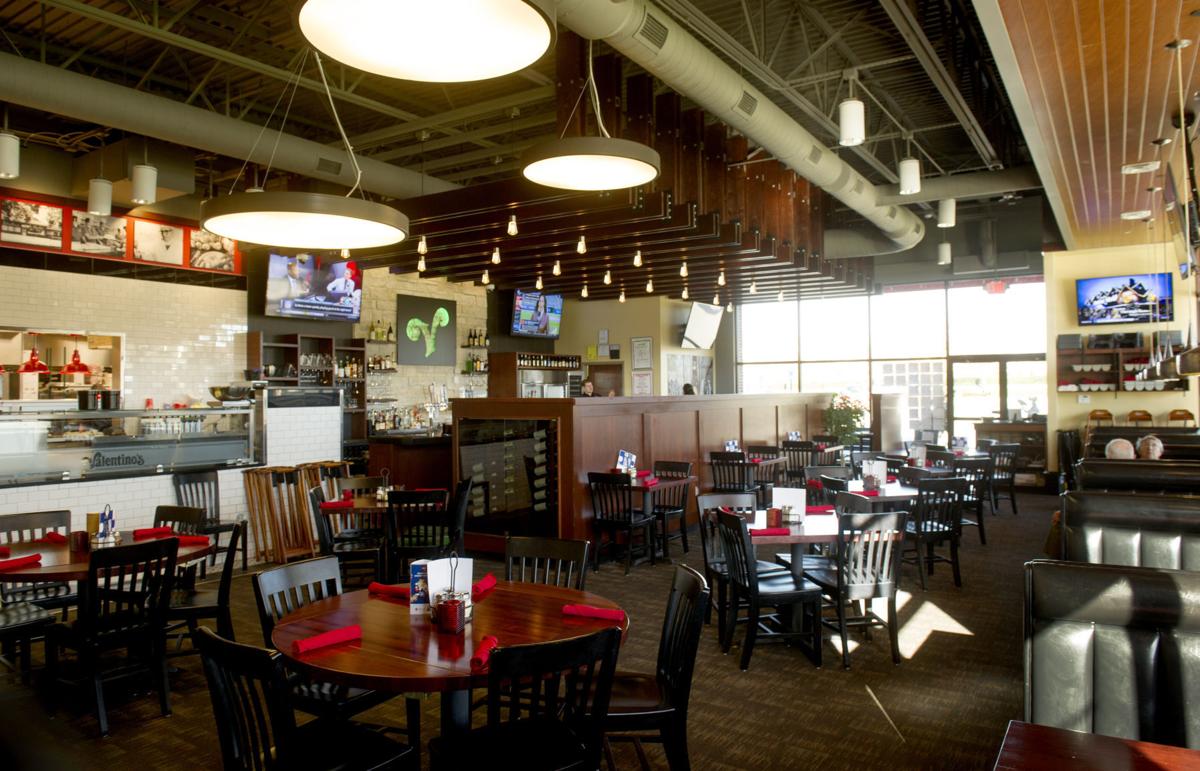 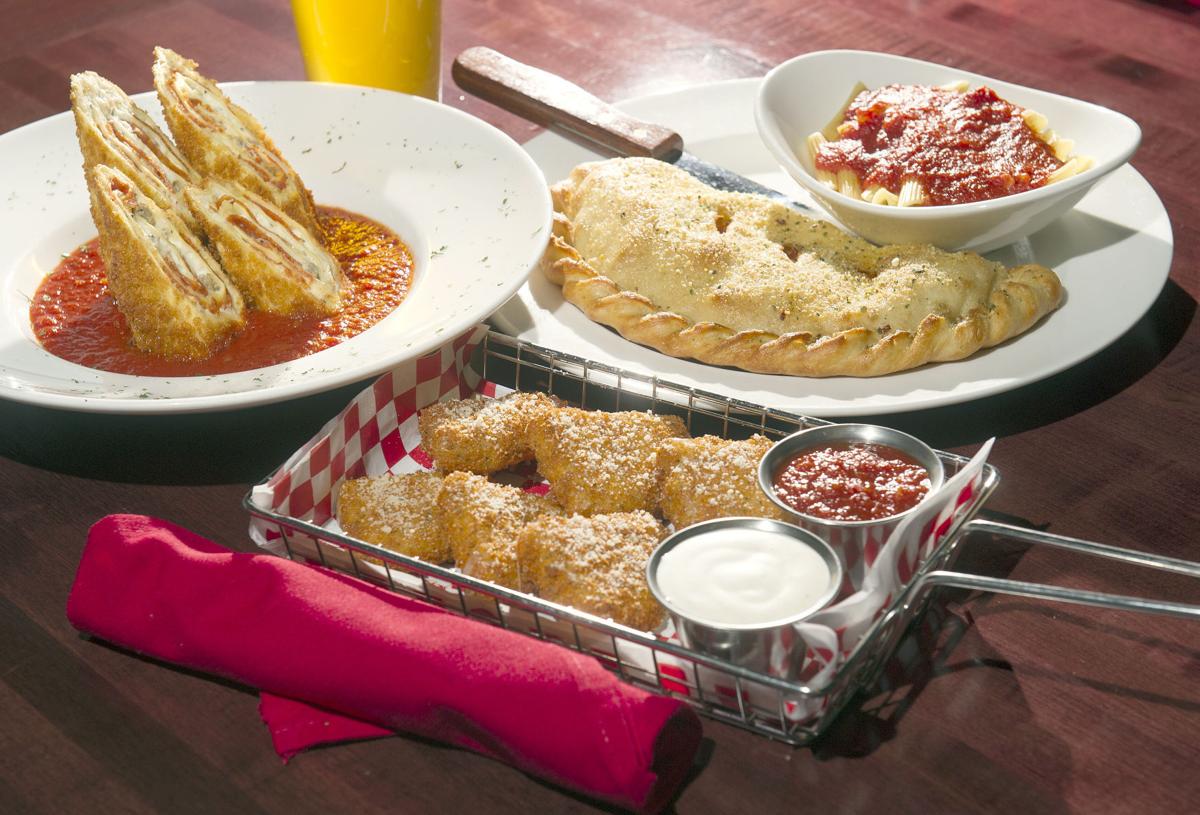 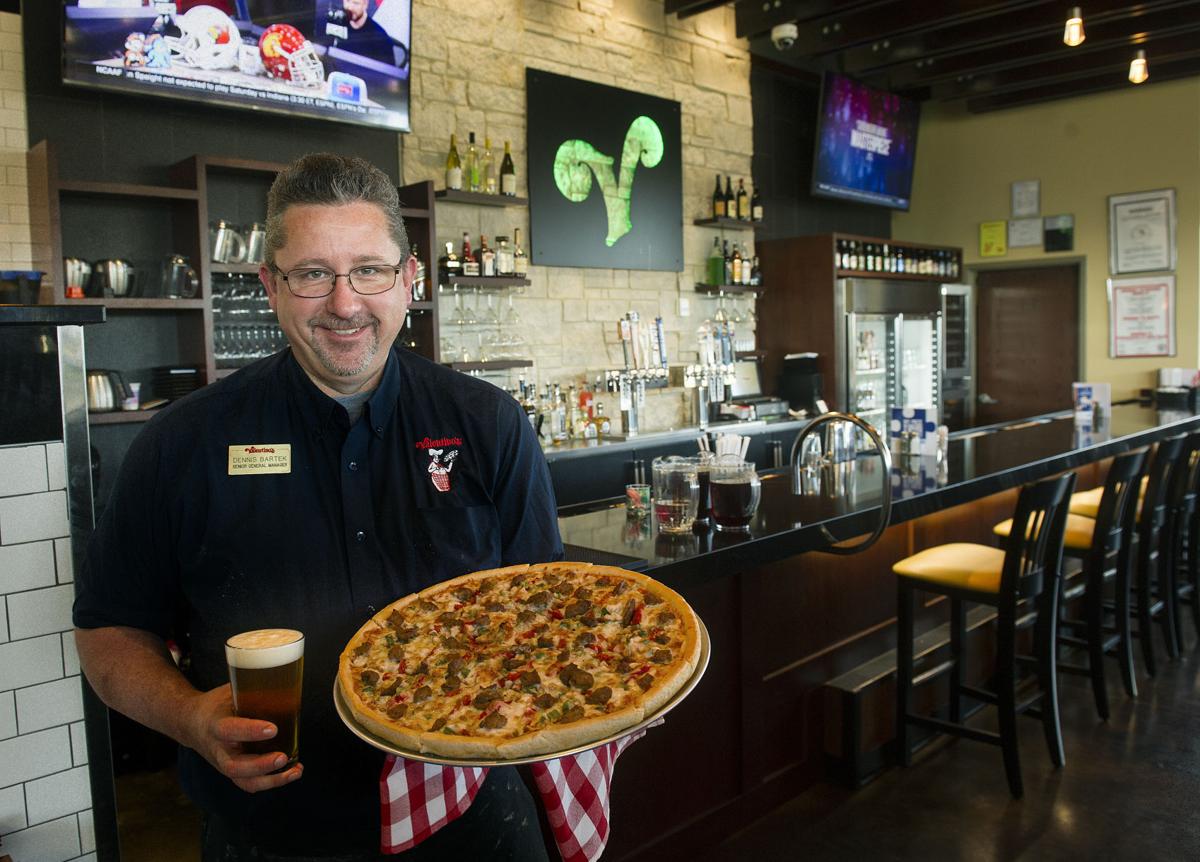 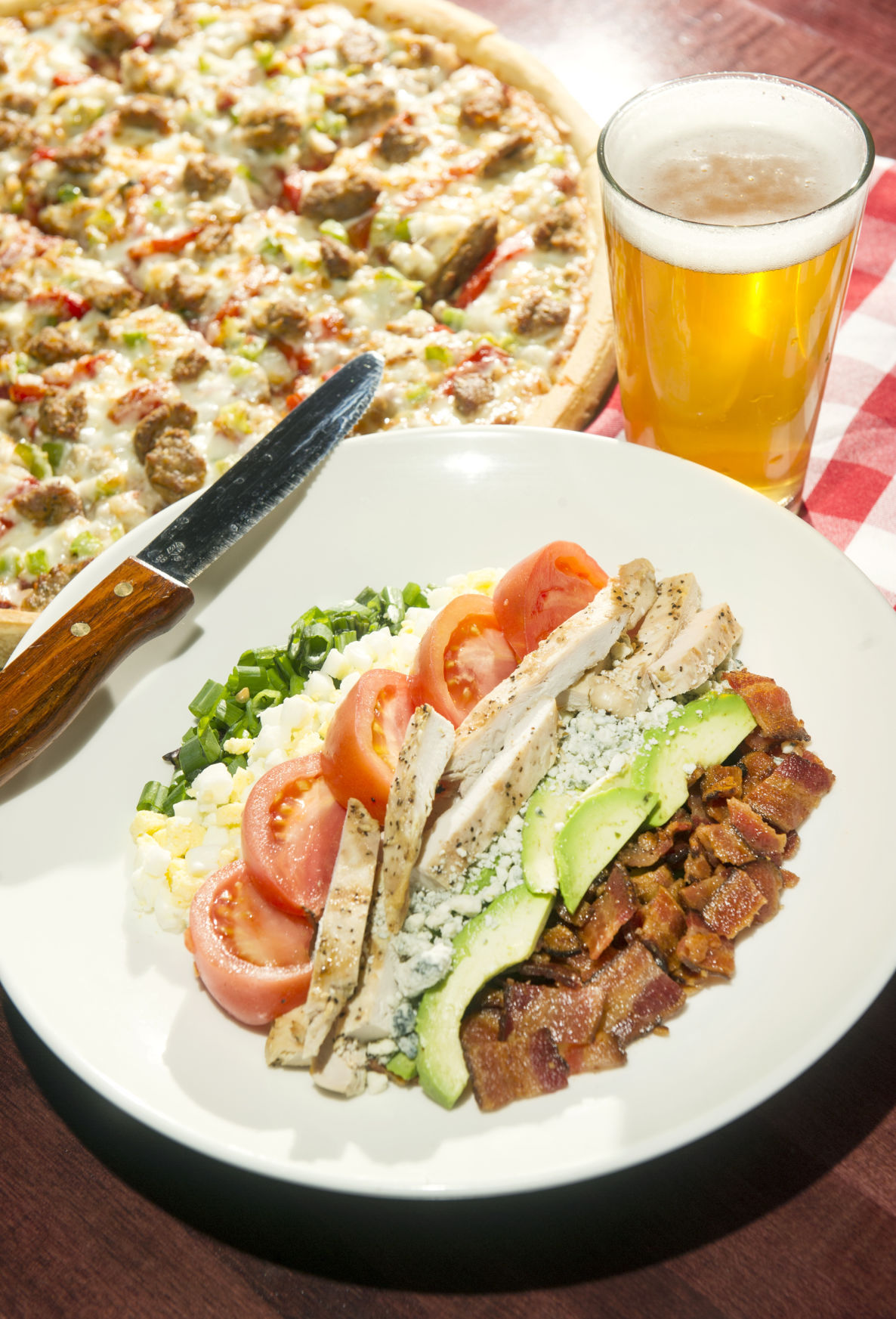 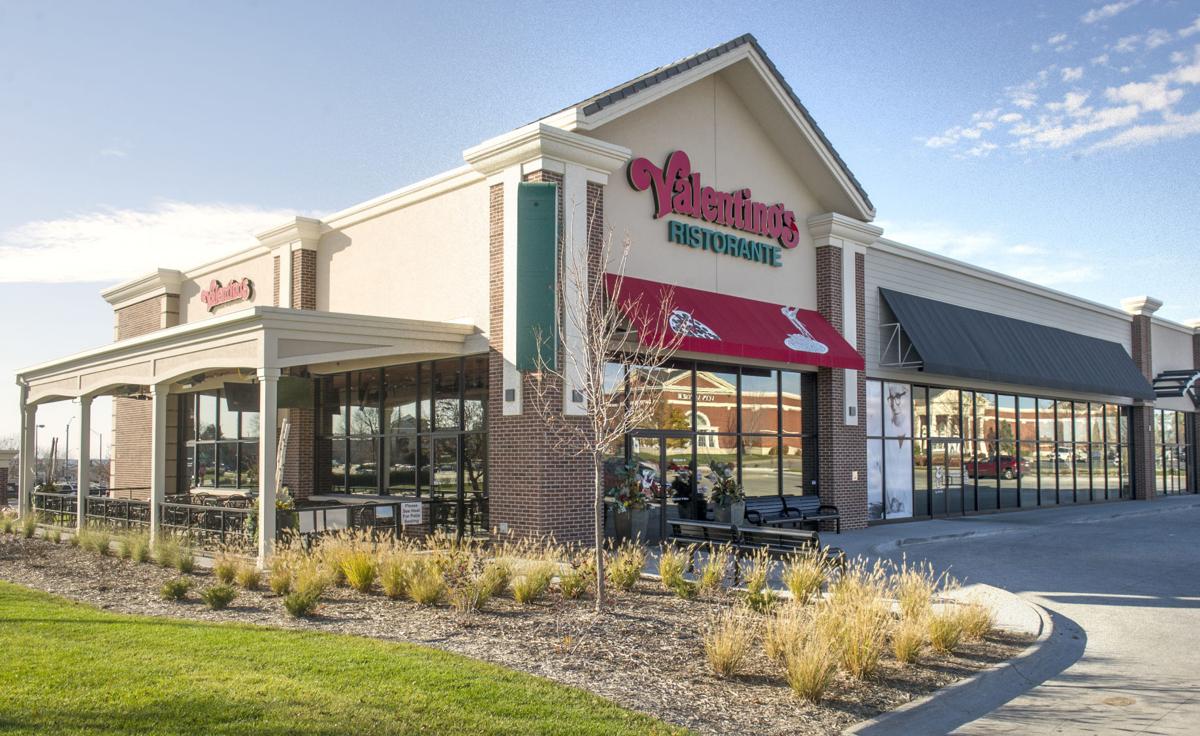 While attending a neighborhood function, I mentioned I was writing about the new Valentino’s at SouthPointe, which prompted a question.

“Does it have a buffet?” one of my neighbors asked.

That’s what sets the new Valentino’s, which opened June 14 at 2820 Pine Lake Road, apart from the other two “sit-down” Valentino’s in Lincoln.

It’s Val’s way of mixing things up a bit, according to vice president Michael Messineo.

“We’ve been in the buffet business a long time,” Messineo said. “We know people love the buffet, and they have an opportunity to enjoy it at (70th and) Van Dorn. But we wanted to have something different.”

This isn’t new for Val’s. It did away with the buffet at the new restaurant it built at 35th and Holdrege streets. That store, opened in May 2014, replaced the original Val’s, which had operated across the street from the new store since 1957 and featured a buffet since 1979.

With the SouthPointe store -- also new construction after SouthPointe Pavilions did away with the food court, where Valentino’s occupied a spot -- the longtime pizzeria took the next step toward a fine dining experience.

The new restaurant includes a full-service bar, separated from the main dining area. It's the only Val's with a bar, though others have alcohol on the menu. Glassware and china here are of a better quality than found at the 70th Street buffet. Each table has a candle. And while the Holdrege Street store still has a salad bar, the SouthPointe store does not.

This is a true fine-dining, Italian food experience, making the new Val’s comparable to Vincenzo’s and Florio’s.

“That was our goal and what we had in mind,” Messineo said. “If you want casual, you can hang out at the buffet. Here it’s a fine-dining atmosphere. We spent a lot of time on this.”

While Val’s veers toward fine dining with its concept and enhanced atmosphere, it’s kept its menu intact and extremely affordable. No entree exceeds $15, and pizzas start at $8. A 16-inch specialty pie is just over $19.

Of course, Val’s is known for pizza, but when I dine in -- the north store is three blocks from my house -- my wife and I tend to go for one of the pasta dishes that never disappoint, with portions often too big to finish in one sitting.

On this visit, we started with fried calamari ($7.99) that came with a house-made chipotle cream sauce and garlic remoulade. The calamari was lightly breaded and, thankfully, not overcooked.

My wife ordered spinach-and-ricotta-filled ravioli in a sausage mushroom marinara ($10.19), while I enjoyed the penne chicken alfredo ($11.79). Both were mildly seasoned. Both came out piping hot. My dish had a nicely baked cheese (mozzarella and cheddar) crust and finely chopped broccoli as one of the ingredients.

Entrees are served with a choice of Val’s signature breadsticks or garlic rolls. Grade: A.

The new store is sleek and contemporary, with a red and black color scheme, an array of hanging lights and an exposed ceiling. TVs are found in the corners.

Particularly interesting and impressive is the bar area. Sitting across from the bar are curved leather booths, with the colors of the Italian flag -- red, white and green -- embedded and centered in each of the booths. The flags not only pay homage to Italy but give the area some color to counter the black chairs in booths found in the dining area. Grade: B+

This area needs work -- surprising since the new store has been open since June.

When we arrived, there was no host or hostess at the door or sign, so we weren’t sure if we should grab a table or wait. After a short wait, I wandered over to the bar where I found a server/bartender texting on her phone. After a cough and a knock on the bar, I got her attention. Cellphone use in nice restaurants -- by staff or patrons -- is one of my pet peeves.

From there, it was so-so. Our server seemed inexperienced. He didn’t offer a taste from the bottle of wine we ordered to get our approval. We requested water, but didn’t get it until we reminded him when the food arrived.

The kitchen, though, was right on. Our appetizer arrived a few minutes after ordering. Our entrees came shortly after we had finished with our appetizer. Grade: C+

Val’s features five non-meat specialty pizzas. They also have 12 kinds of veggies, six cheeses and four sauces available for those wanting to build their own non-meat pies. Patrons also can build their own calzones ($10.69) and pasta dishes (starting at $8.20).

Other vegetarian options include salad choices -- including a seasonal strawberry and pecan -- breads and soups.

Hours: 11 a.m. to 11 p.m. Sunday-Thursday, 11 a.m. to midnight Friday-Saturday (Note: Appetizers and pizza only available during last hour of operation)

The 5 best places for pizza in Lincoln

Not surprisingly, our best pizza survey for Jeff's Top Five: Second Edition has been the most popular.

Dempsey's Burger Pub closed abruptly this week, and the owner says it was done without his knowledge or permission.

Adam Dodworth is hoping the Copper Kettle will be to Moscow Mules what Cliff’s Lounge is to Kamikazes and Shark Water.

Pinnacle Bank Arena bills itself as Nebraska’s arena, a show place for concerts and Husker men's and women’s basketball that brings in people …

Dive into The Rabbit Hole for cakes and more

It’s hard to say what catches your eye first at The Rabbit Hole -- the display case filled with delicious cakes, pastries and more or the new …