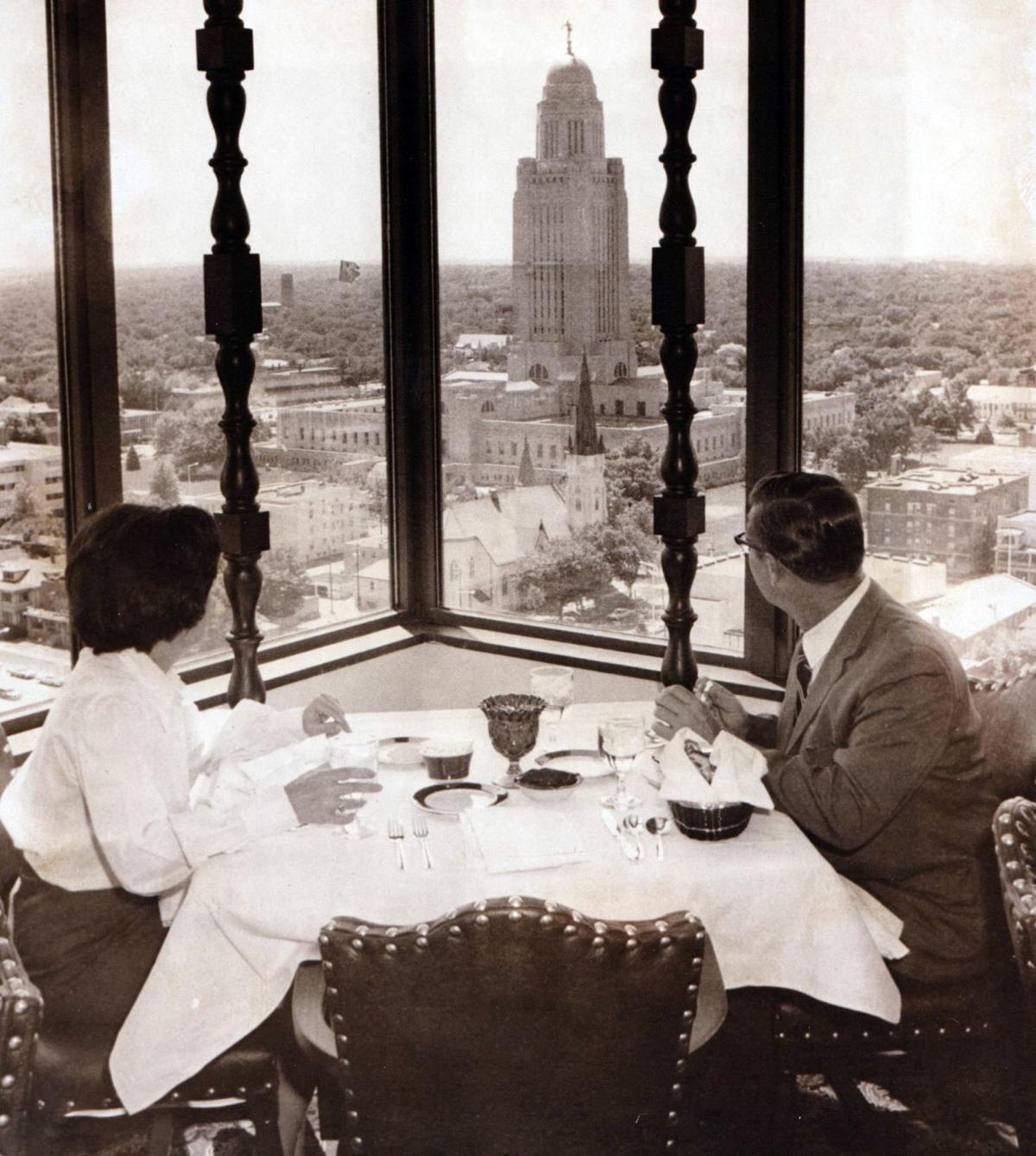 Mr. and Mrs. L.M. Wells had lunch at the Nebraska Club the day it opened on the top floor of the First National Bank building July 7, 1970. 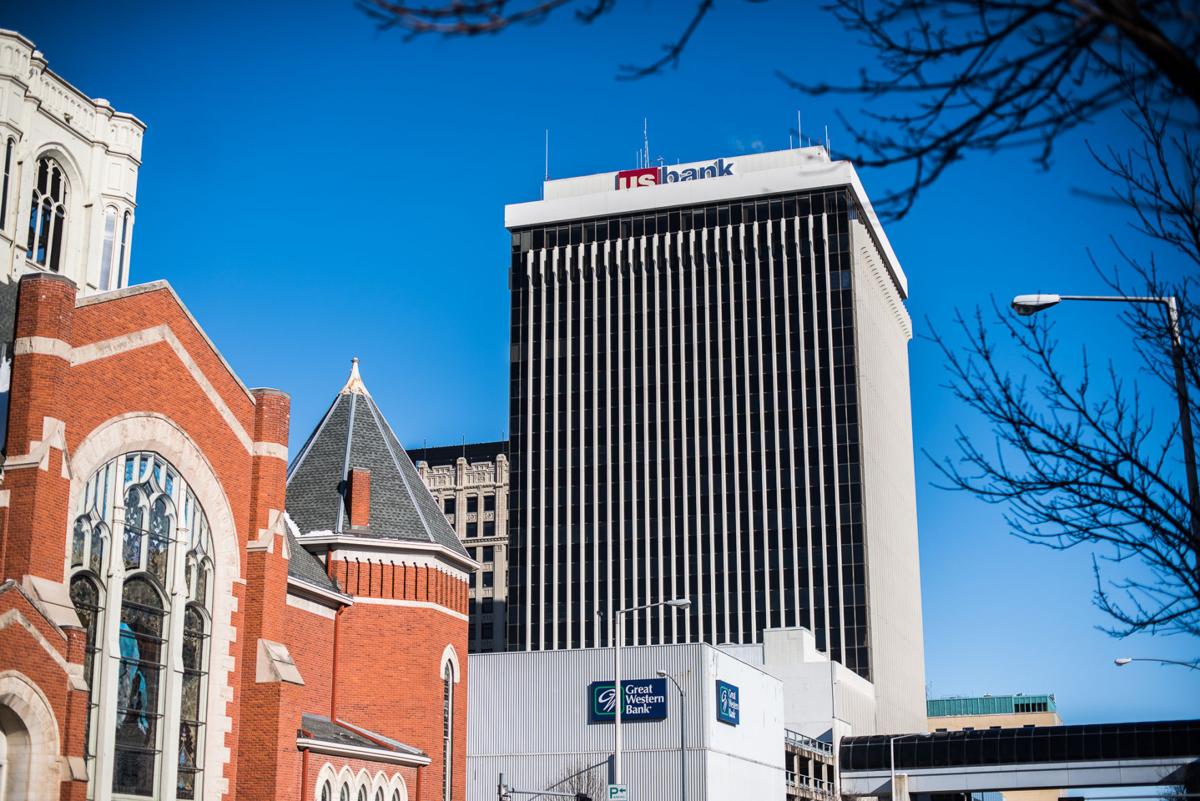 The Nebraska Club, which has occupied the top floor of the U.S. Bank building at 13th and M streets since 1970, is closing at the end of the year.

A Lincoln institution is closing its doors.

The Nebraska Club, an upscale restaurant and private club on the top floor of the U.S. Bank building, announced Friday that it will cease operations at the end of the year.

Korby Gilbertson, president of the club's board of directors, said that the restaurant has only recouped about 40% of its pre-COVID-19 business since reopening earlier this year.

Gilbertson said the board decided that it couldn't in good conscience ask members to pay annual dues for 2021 without knowing how long business will be depressed because of the pandemic.

The decision was complicated by the fact that the club's lease was up and "we didn't feel it was right to sign a new lease" with so much uncertainty surrounding the business.

The Nebraska Club got its start as the Inter-Com Club in 1954. It was in the lower level of the original Cornhusker Hotel and essentially functioned as an officer's club for military members stationed in Lincoln.

At the time, Lincoln was still a mostly "dry" city, and private clubs were the only place people could buy liquor by the drink.

The club grew quickly and expanded its ranks beyond just military officers. By its second year, it had 400 members, more than half of them civilians.

In 1970, the club moved to the 20th floor of the newly constructed First National Bank building (now the U.S. Bank building) at 13th and M streets.

In addition to being one of the city's top restaurants, the club also was a meeting place for groups such as the Downtown Rotary Club and the Executive Club.

Eric Drumheller, vice president of grants and scholarships at the Education Quest Foundation and current president of the Downtown Rotary, said he had been concerned about the effect the pandemic was having on the club and unfortunately wasn't surprised by its closing.

He said the Rotary Club, which has been meeting virtually since March, had been meeting at the Nebraska Club since 1999.

"There were lots of wonderful times at the Nebraska Club, and those will be missed," Drumheller said.

The Nebraska Club joins a long list of restaurant closings caused by the pandemic, many of them downtown.

Gilbertson said Dec. 31 would be the absolute last day for the club, although it could close earlier based on business demand. It plans to honor all existing reservations and any events that were already booked.

"Our plan is to stay open as long as possible," she said.

The location near Centennial Mall and O streets had been open for eight years.

It's the second Lincoln location and third in Nebraska for the Italian restaurant.

Continuing claims also continued to drop in the state.

Biz Buzz: One downtown restaurant closed; another plans to open in south Lincoln

Jimmy John's appears to have closed its West Haymarket location, while Wingstop is planning a new location.

Rob Otte, a district court judge in Lincoln, said the trip with his five grandkids and their dads led him to write a children's book, "Lily Discovers People are Like Donuts," which hit Amazon's online bookshelf at the end of October.

The new firm is affiliated with firms in Omaha and Chicago.

Chez SoDo and Sips & Subs are the latest to close their doors because of the pandemic.

Mr. and Mrs. L.M. Wells had lunch at the Nebraska Club the day it opened on the top floor of the First National Bank building July 7, 1970.

The Nebraska Club, which has occupied the top floor of the U.S. Bank building at 13th and M streets since 1970, is closing at the end of the year.