Ask Aaron King how he wound up developing a small-town restaurant, and he'll give you a one-word answer: COVID-19.

King was the operations manager at The Lincoln Marriott Cornhusker Hotel when the coronavirus pandemic hit in March 2020 and was furloughed along with most of the hotel's employees when it shut down.

Though he went back to work after a couple of months, the experience provided a wake-up call and the impetus to pursue his longtime dream of owning his own restaurant.

He and his wife, Melissa, started looking for locations and landed on the building in downtown Malcolm that had most recently been home to Lippy's Barbecue but has a much longer and more storied history as the Branched Oak Inn.

"We fell in love with the building," said Melissa King, who is an adjunct professor of flute at Wayne State College.

To say the building needed someone to love it is an understatement.

Aaron King said the restaurant and bar area, which is below the street grade, had chronic water problems, which led to mold growth, cracking and bowing in the concrete flooring and other problems.

The Kings closed on the sale of the building in mid-December and had contractors there the next day to begin working.

Now, after nearly five months of nonstop renovations both inside and out, the Kings are getting close to opening Genoa Food Co.

Aaron King said the restaurant will be a mixture of pub food, like artisan pizza and burgers, as well as entrees such as steaks and seafood. It will have a full bar and also will offer keno.

King, who has spent the past several years in hotel management but was trained as a chef, said he wants to meet the needs of what he sees as a "hugely diverse demographic" that includes local farmers, people heading out to the area lakes and Lincoln residents who might be looking to try something different.

King said he sees a huge opportunity because of a lack of restaurants in the area.

"When we started looking at this place, we saw a distinctly underserved area, not just Malcolm, but the surrounding community," he said.

The Malcolm Holding Co. built what was originally the Malcolm Community Hall in 1932 during the Great Depression.

It served food downstairs in a divided setting where women and children were only allowed on the side where pop, ice cream and candy was sold, according to a history written by Maxine Carr Nelson Herman, whose parents, George and Agnes Carr, bought the building in the late 1930s. Herman’s husband, Andrae, would later buy it in 1978 after another owner had renamed it the Branched Oak Inn.

The restaurant served up steak, chicken and other staples to thousands of locals and visitors for decades, but it went bankrupt in 2008.

The building, which also has a large upstairs hall that has served at times as a community center, basketball court and even roller rink, came close to facing the wrecking ball, but it was eventually sold to the owners of another restaurant in town, Lippy's Barbecue, which moved in in 2017.

However, it only lasted a couple of years, closing in the summer of 2019. The building has been vacant ever since.

In addition to the restaurant, the Kings are planning a small market that will have a meat counter and offer take-and-bake and grab-and-go food, as well as dessert items.

Eventually, they want to renovate the upstairs space, which has a capacity of more than 200, and use it to host events and gatherings.

The Kings had wanted to be open on Mondays as well, mainly because some other businesses in Malcolm that serve food items are closed that day, but they are having trouble finding enough staff, something the entire restaurant industry is dealing with right now.

King said he's offering to pay cooks $1 more than they are making now, but in two months he's only gotten one application.

To help ensure he doesn't run himself ragged, he's recruited a former colleague from Iowa to come help him out.

"My goal as his wife is to make sure he's not living in the kitchen," Melissa King said.

That being said, "I think people will be disappointed if they showed up and we didn't have some of his signature dishes," she said.

The Kings said the response from the community so far has been great, with people stopping by daily to check on progress.

"There's a lot of excitement in the area to get open," Aaron King said.

The Kings are planning a soft opening on May 7, with an all-day community open house on May 8.

Beef eaters, Gov. Ricketts has an incentive for you

The passport program allows anyone who visits a participating restaurant, orders a beef item and gets their passport stamped to enter a contest to win prizes. Forty-one restaurants are participating.

The Warm Cookie’s challenge includes 20 cookies, two each of 10 different flavors, with ice cream sandwiched between them and whipped cream and cherries on top.

The theater, which has been closed since March 2020, is the only Marcus Theatres location in Nebraska that has remained closed throughout the coronavirus pandemic. 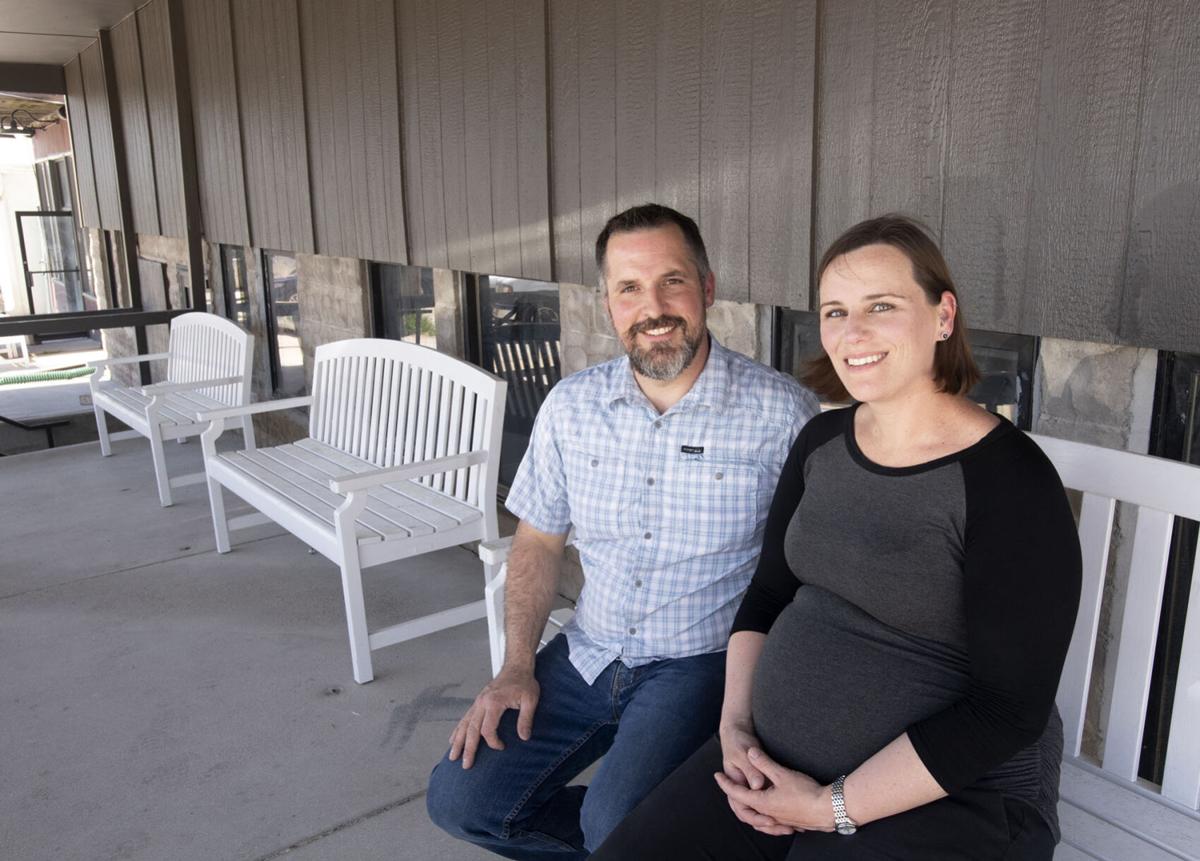 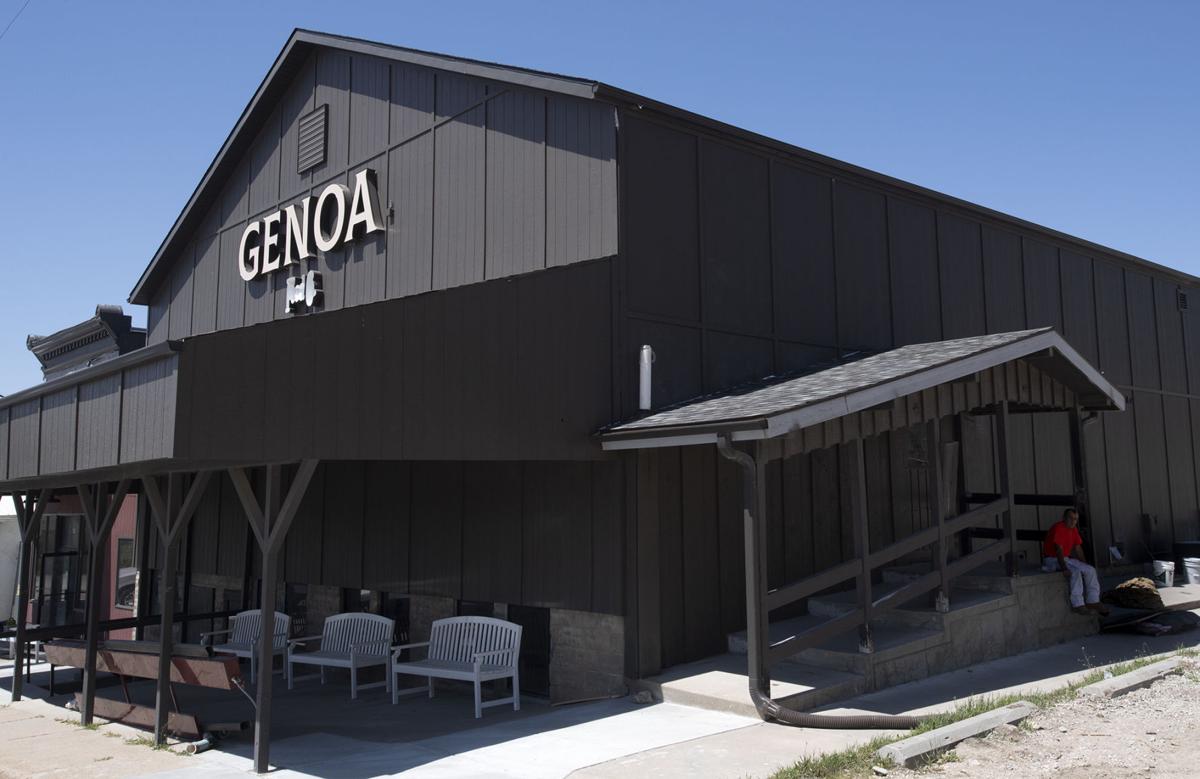 The building at 126 Second St. in Malcolm has a new look and a new restaurant that will open soon. 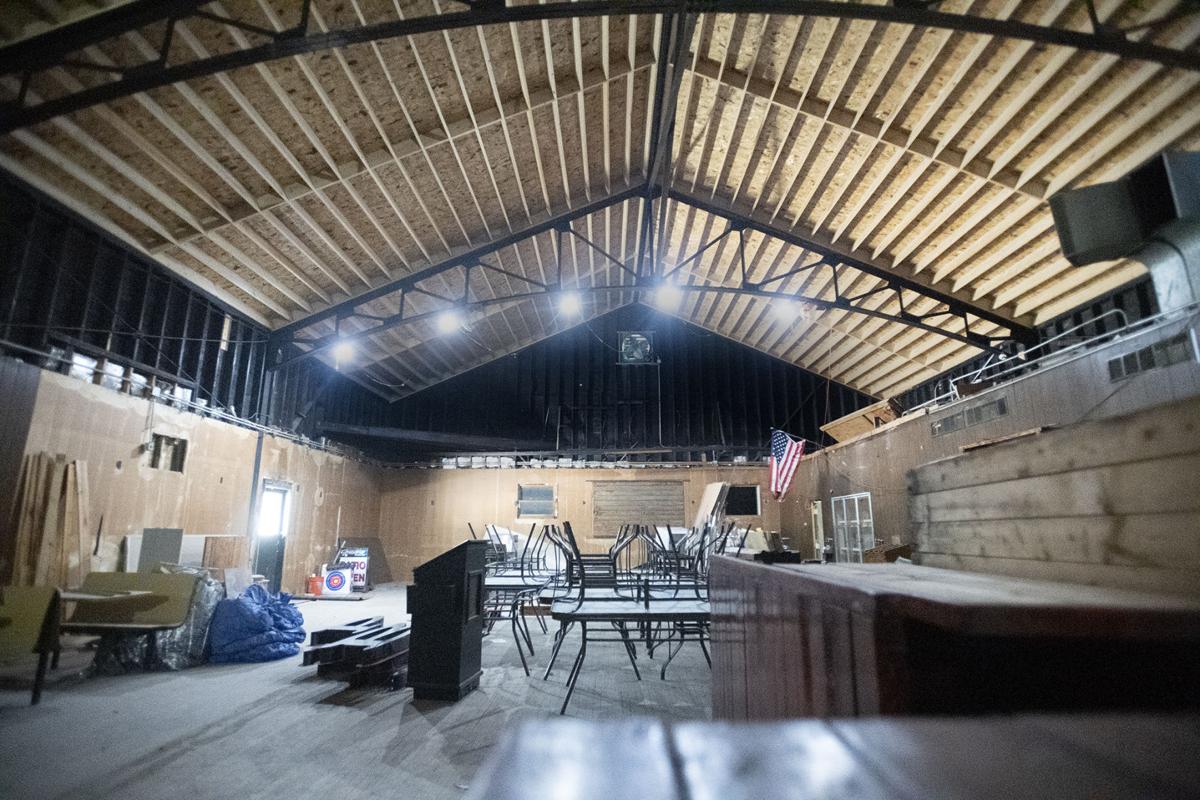 The upper floor of Genoa Food Co., originally Malcolm Community Hall, will open as a space for events once renovations are complete. 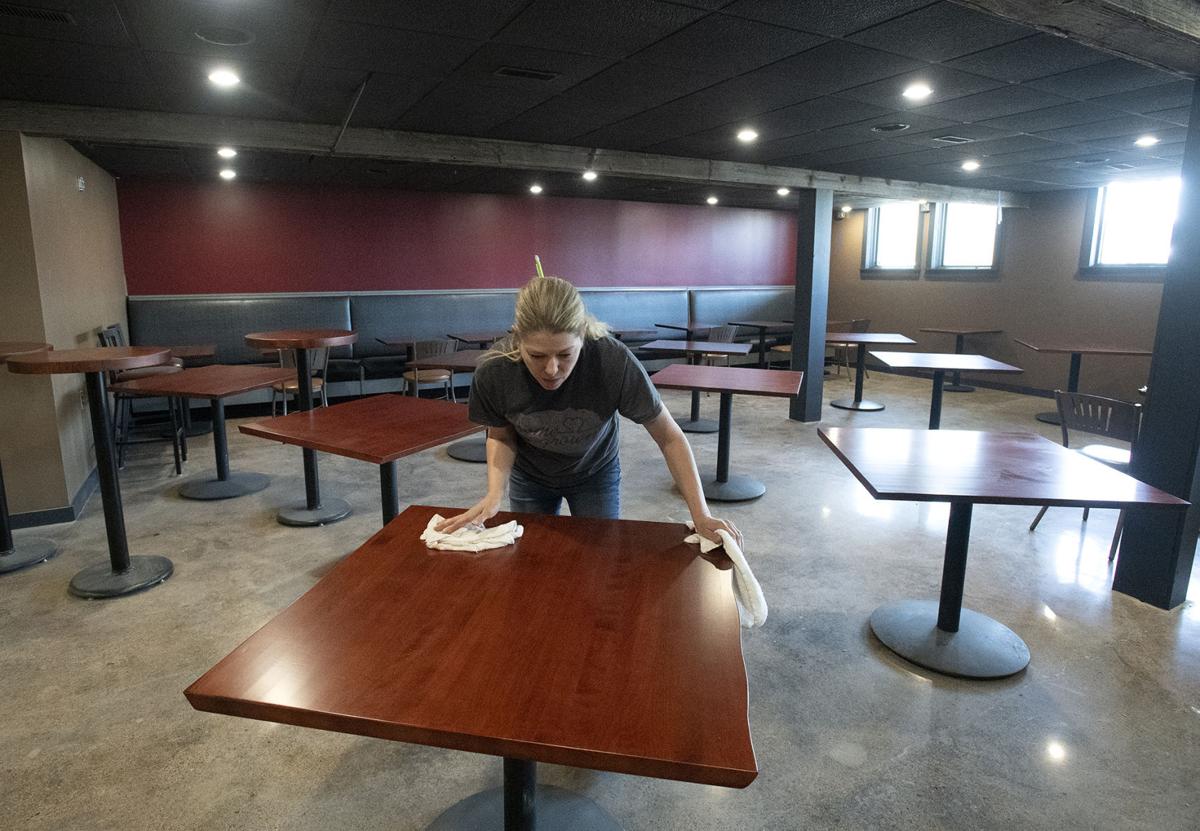 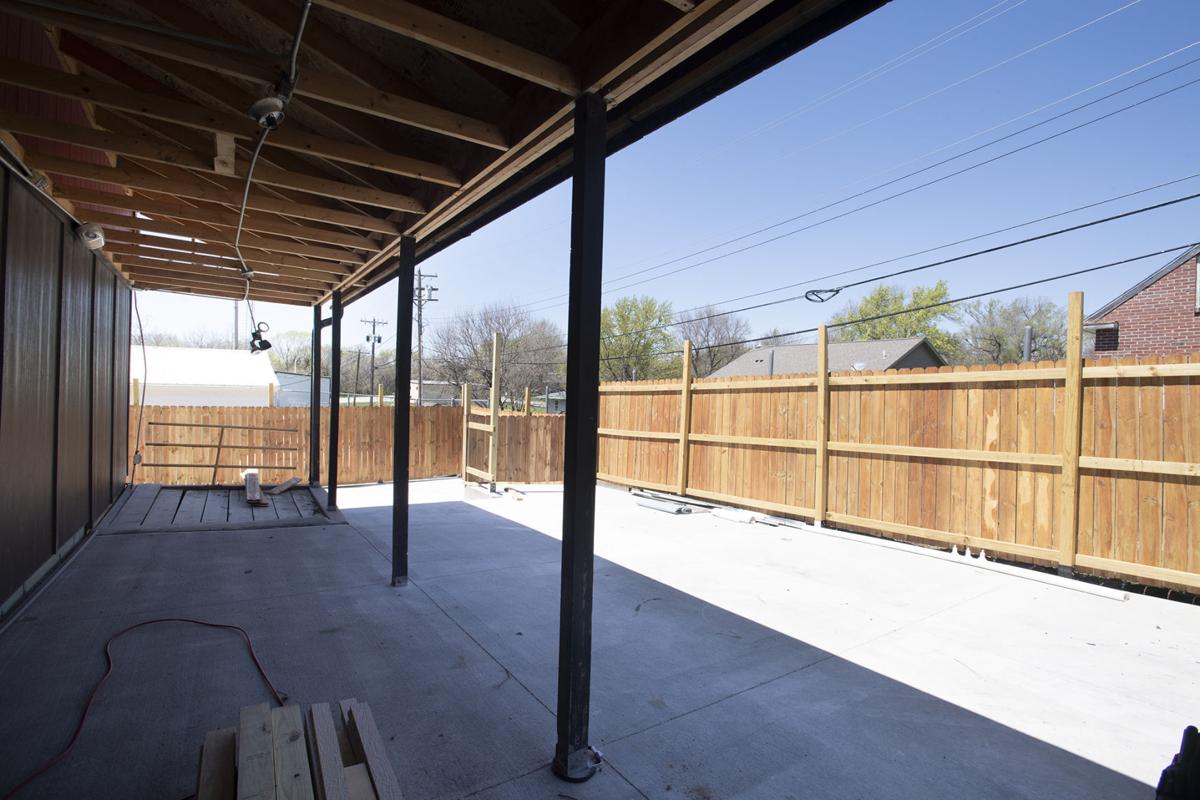 The new concrete patio at Genoa Food Co. on April 26. 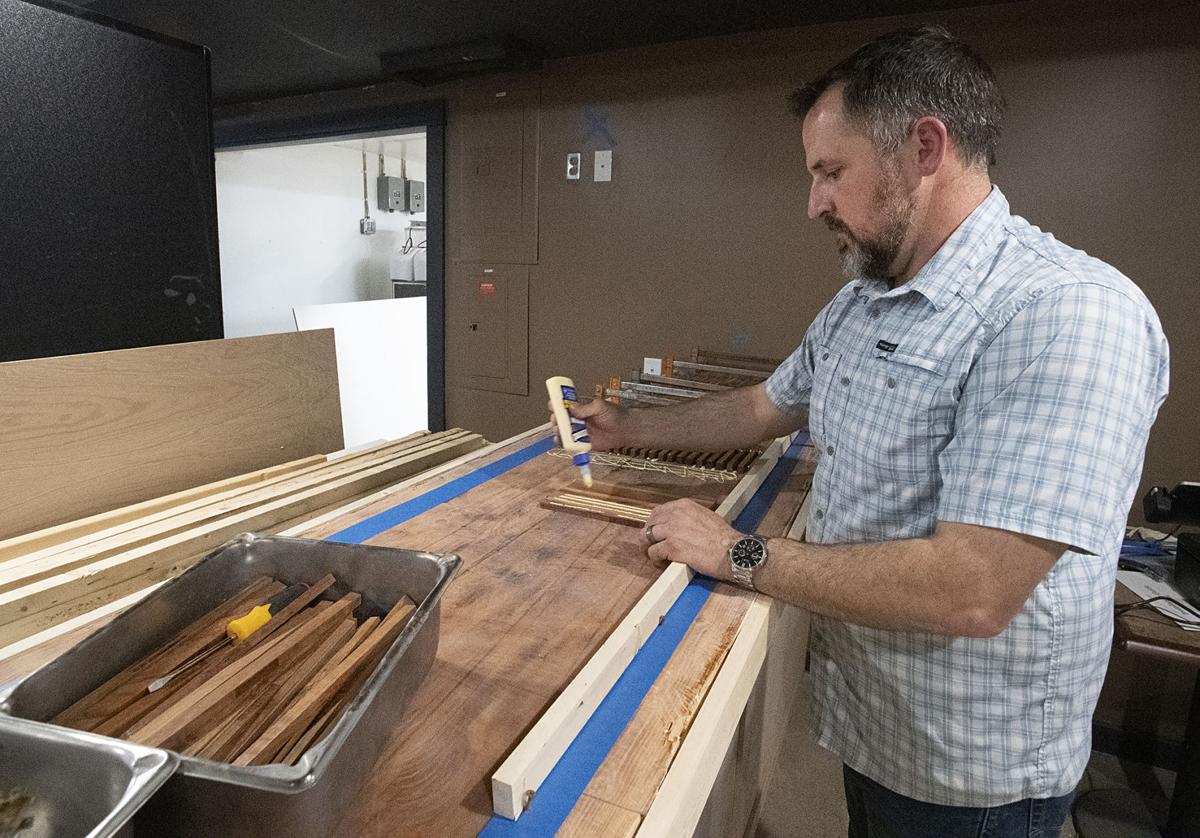 Aaron King, owner of Genoa Food Co. in Malcolm, works on covering the bar with Brazilian cherry wood on April 26.