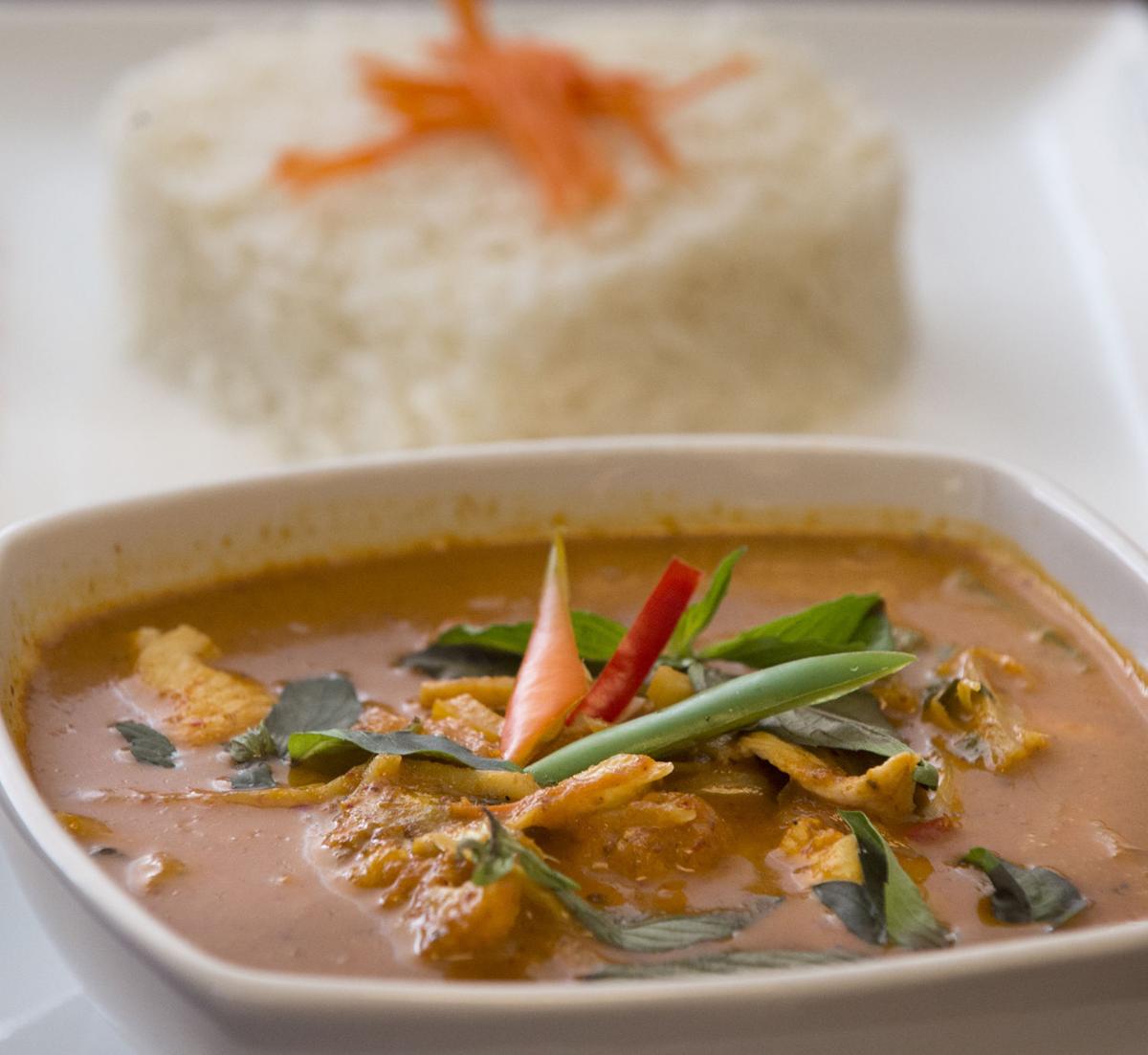 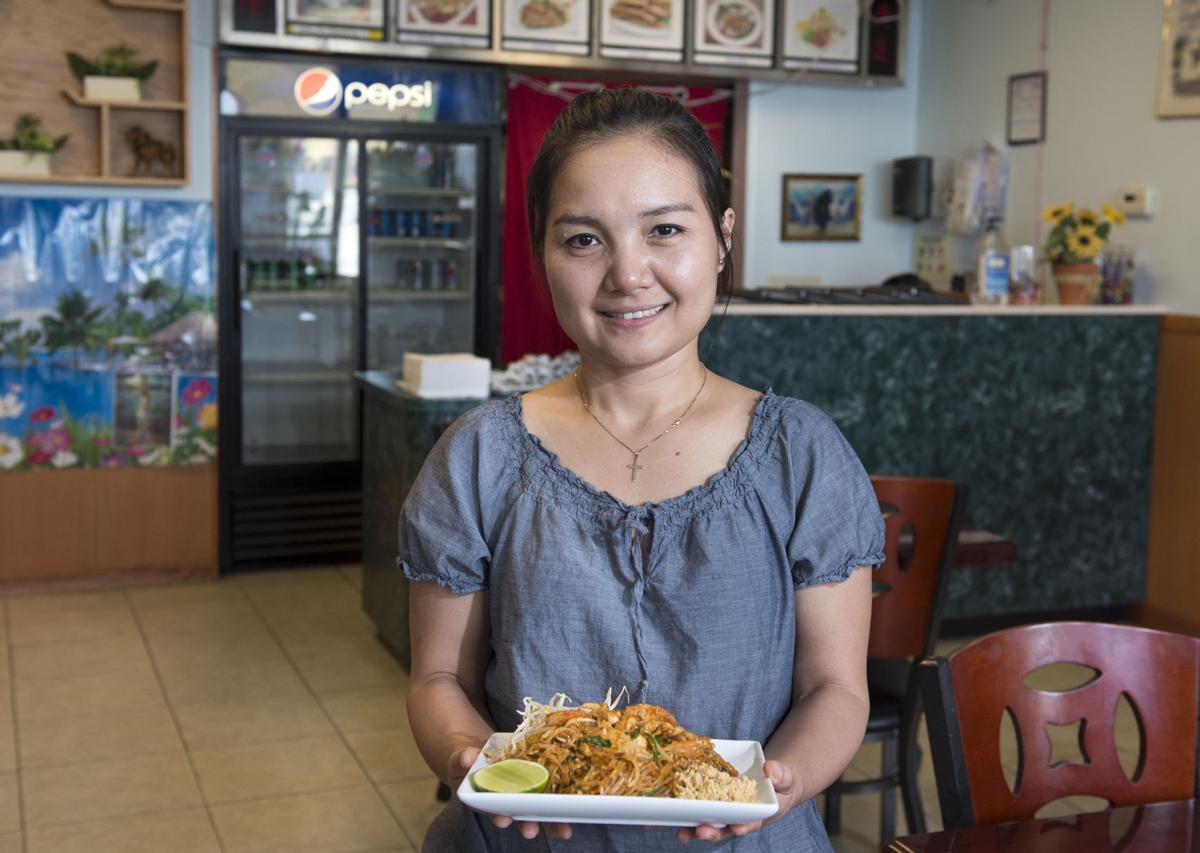 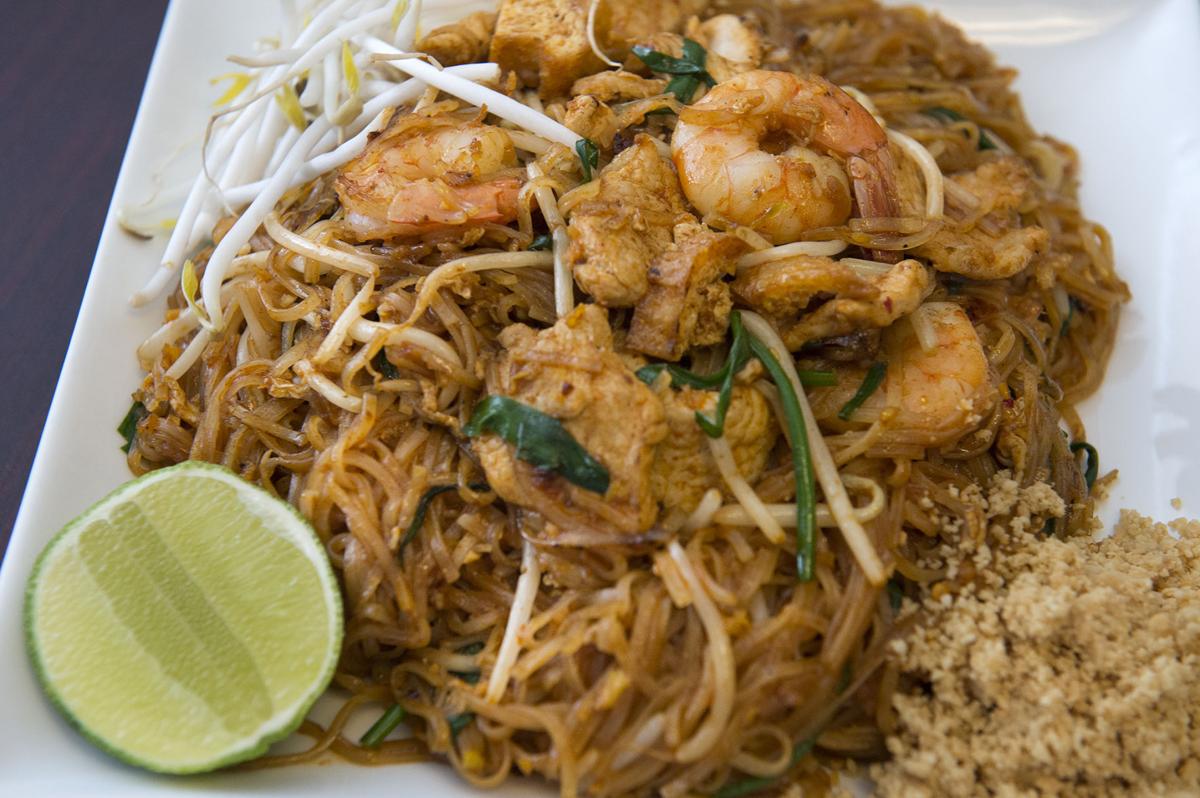 Pad Thai is one of the popular selections at Blessing. 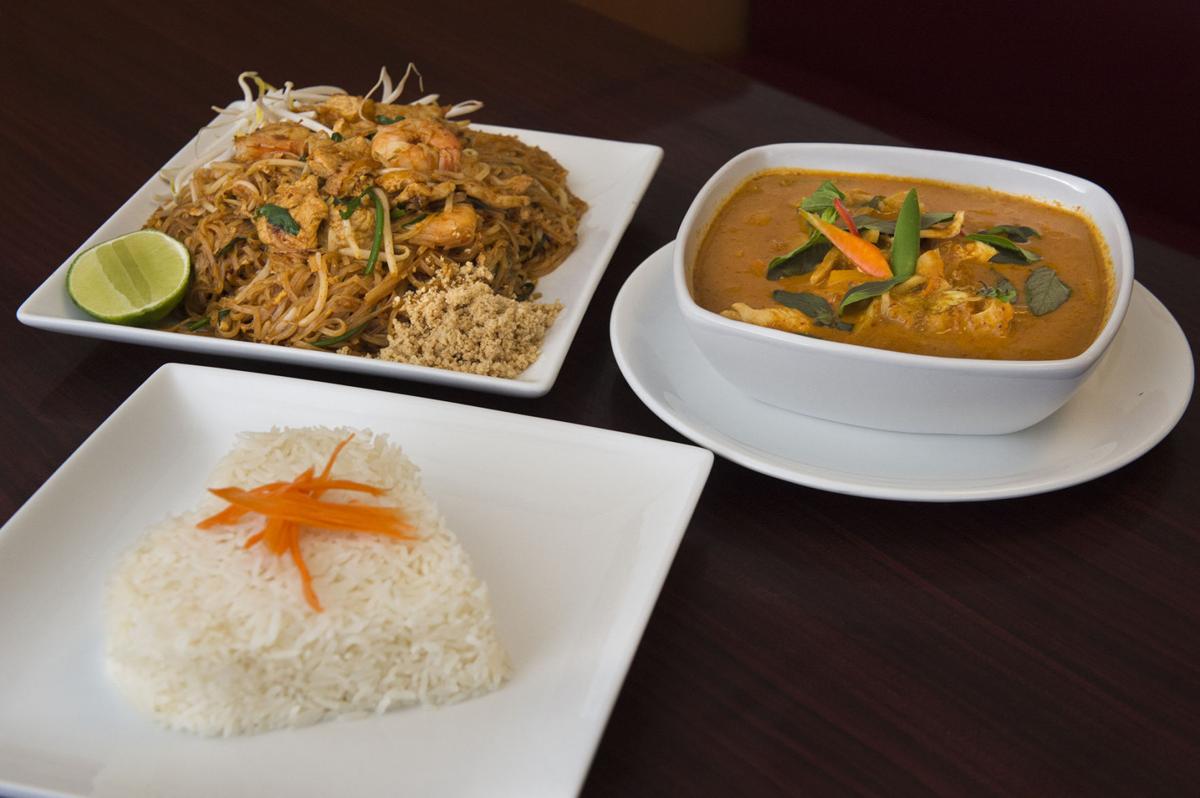 It’s hard to imagine anyone would move to Lincoln for the weather, but that’s what Mary Ang did.

The native of Myanmar (Burma), Ang moved to Lincoln from Austin, Texas, about four years ago and now operates Blessing, the new Thai restaurant in the strip mall at 4451 N. 26th St., near the La Quinta motel and Carlos O’Kelly’s eatery.

“It was too hot,” Ang said of Austin, where she worked in food service industry for three years before moving to Lincoln. Plus, her allergies are less severe here than in Texas, she said.

She opened Blessing on June 6, where the Chinese restaurant Lee Garden used to be, and is quickly earning raves for her food on Facebook and Yelp.

Ang serves large portions of noodle, curry and other Thai dishes at inexpensive prices. She also gets the food out fast from her kitchen.

Little did we know we ordered two of three most popular items: pad thai ($8.99) and spring rolls ($3.99). We also tried the panang curry -- eggplant, red and green peppers, coconut milk and sauce -- which my wife latched onto as soon as opened the menu. She loves the dish and wasn’t disappointed.

It was even better the second day after the spices had had some time to sit. “Oh my, that was spicy,” she said as she finished her leftovers. It was spicy in a good way.

You can pretty much determine how good a Thai restaurant is based on its pad thai, and Ang’s noodle dish didn’t disappoint either. Featuring a savory sweet sauce, the dish included sprouts and chopped peanuts on the side. I ordered mine with tofu and what set it apart from other Pad Thais I’ve enjoyed was that, it, too, had a little kick to it -- an unexpected surprise.

Two plump spring rolls were cut in half and served with a mild peanut sauce.

Ang’s menu is a mix of noodle, rice and curry dishes, ranging from $6.99 to $10.99. Meat choices include stir-fried beef, chicken, pork and shrimp. Blessing sells a whole tilapia ($10.99) with a chili sauce on top or on the side. The appetizers include such favorites as chicken satay and fried egg rolls.

The restaurant also features a few specialty drinks, including Thai iced coffee and tea. Grade: B+

We dined on a Friday night, finding customers at just two tables, so we figured we would get our food fast. And did we ever. Our appetizers arrived shortly after putting in our order, and our entrees popped out of the kitchen just after we finished the first spring roll. The efficiency may change if the room is full of patrons and the kitchen gets backed up. But it was no issue during our visit. Grade: A

Not much has changed from when it was a Chinese restaurant other than the food pictures above the cash register and the decor on the walls. Blessing is small with seating for around 40 patrons. Booths line one wall. It’s what you would expect to find in strip mall eatery. Nothing is out of the ordinary. Grade: C+

The curry dishes -- red, yellow, green and panang -- are among the many vegetarian options. Tofu is a choice for the noodle and rice dishes that include a meat option. As for gluten-free, check with Ang to make sure the rice is OK. On the surface, the menu appears to be gluten-free friendly. Grade: A

Lincoln diners have strong feelings about Chinese restaurants, as evidenced by our online survey.

Anne Sweet intrigued me with her challenge: She asked me to eat nothing but High Vibe Cafe offerings and other vegan and vegetarian fare for o…

Let’s just say, right off the bat, my wife and I will go back to the Culinary Underground.

Blue Blood's a place for beer AND food

At social gatherings, Bakir Idrizovic often found himself behind the grill, serving up such Bosnian specialties as cevapi, raznjici, pljeskavi…

A few weeks ago I ranked my favorite coffees shops in Lincoln for Jeff’s Top Five: Second Edition.

Pad Thai is one of the popular selections at Blessing.