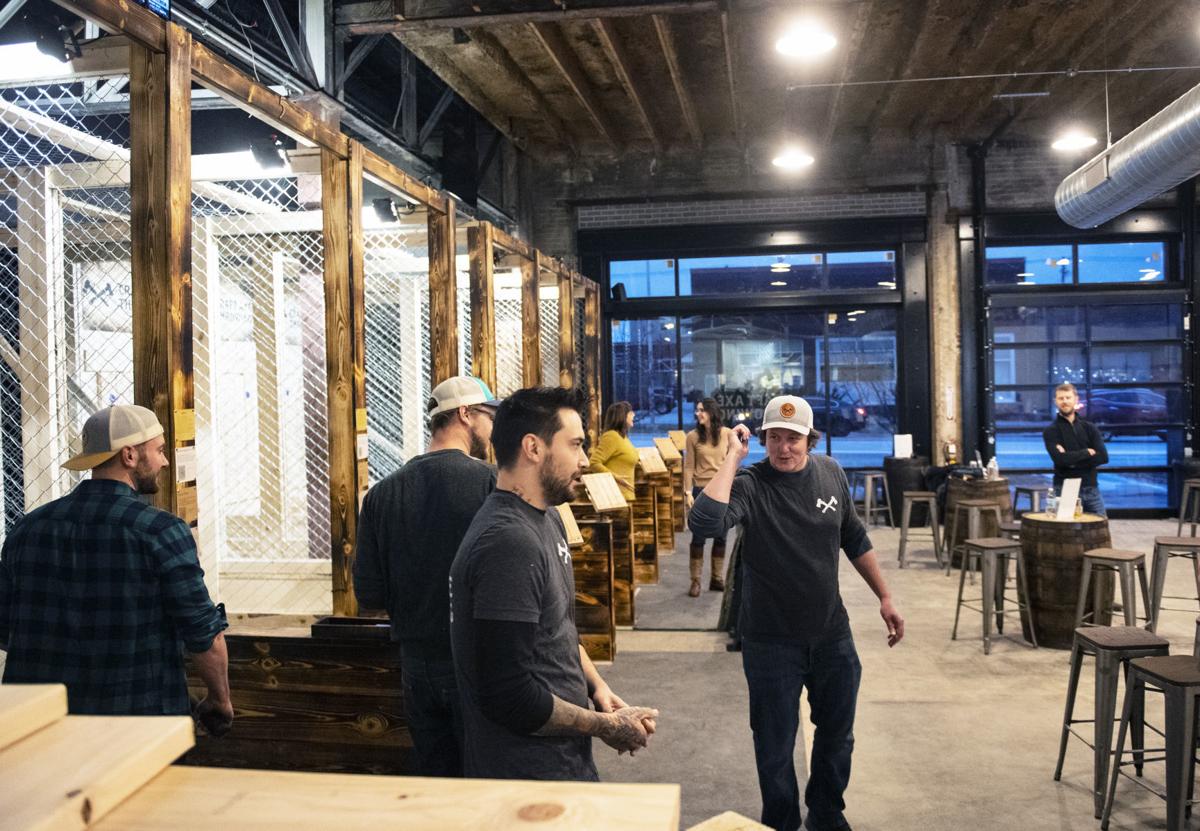 Patrons compete with one another in ax throwing in December 2018 at Craft Axe Throwing on N Street. 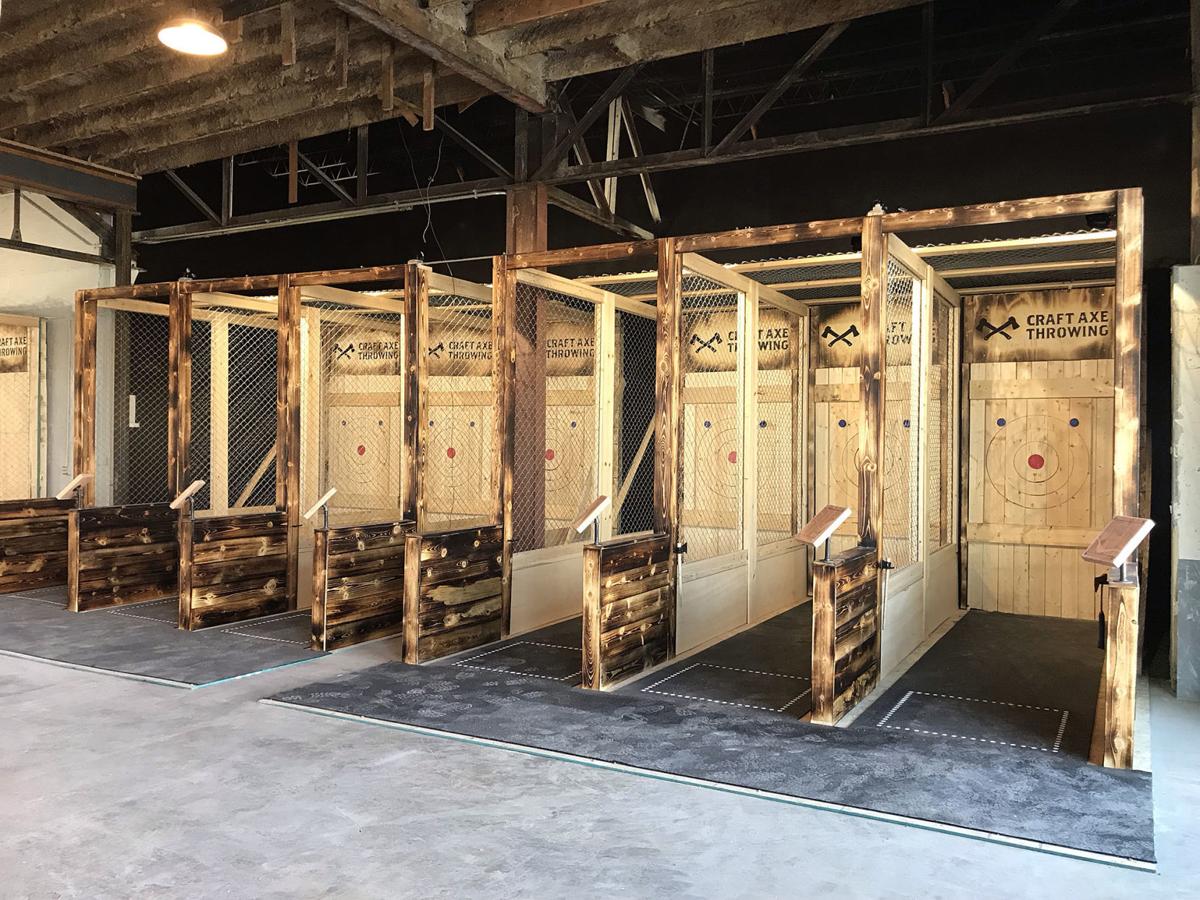 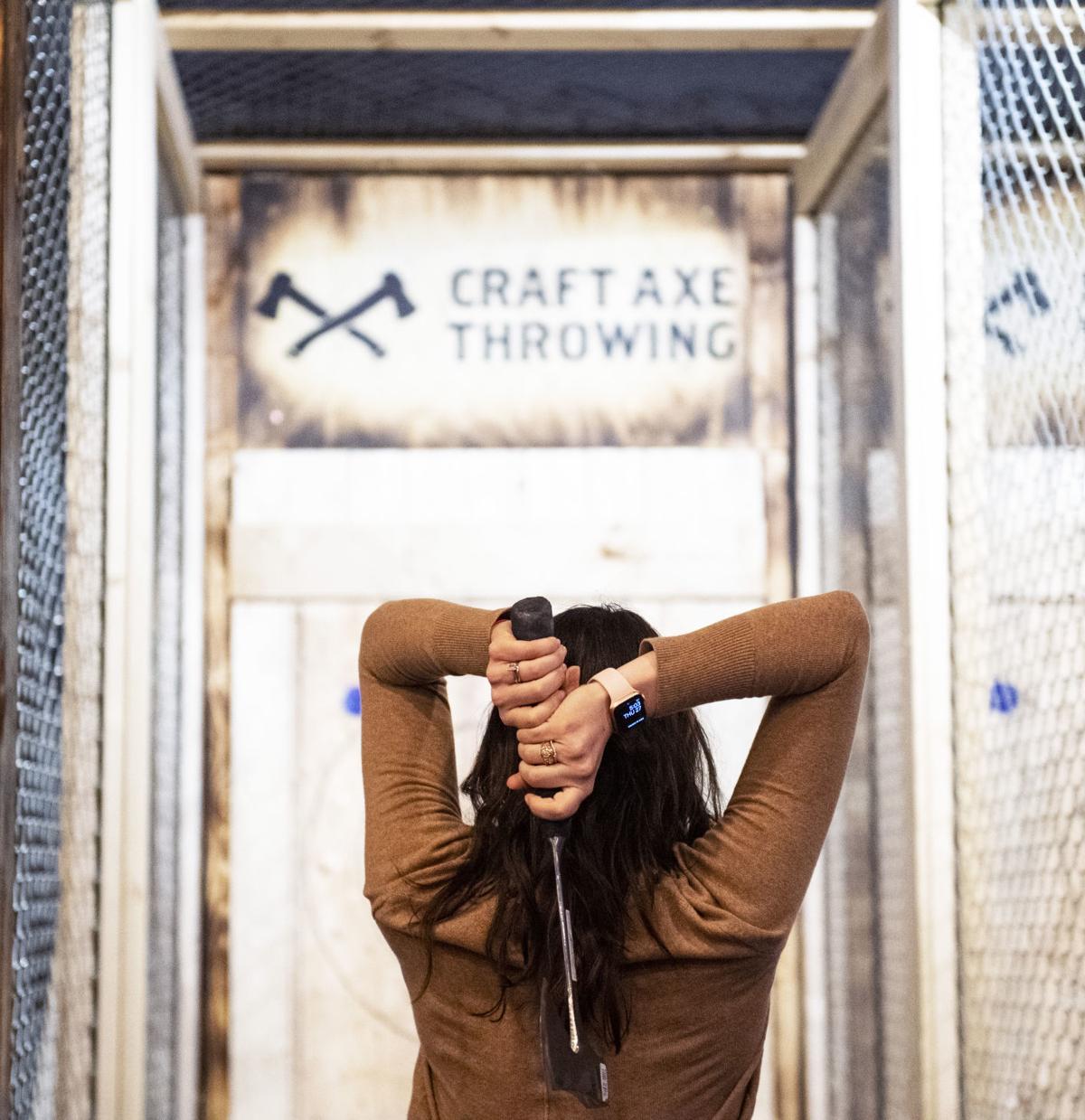 A downtown Lincoln ax-throwing bar wants Nebraska liquor regulators to remove or relax a mandate that limits its hatchet hurlers to only two beers.

Bartenders at Craft Axe Throwing, 1821 N St., tally on wristbands the number of beers or ciders their patrons consume, and anyone who's had more than two drinks can't chuck axes in the fenced-off throwing lanes.

The Lincoln City Council recommended the restriction back in 2018, shortly after the ax-throwing venue opened, and the Nebraska Liquor Control Commission made it a condition of Craft Axe Throwing's liquor license last year.

Olivia German, director of experience for Craft Axe Throwing, said it's the only consumption limit on any of the business' six locations in the U.S., including one in Omaha.

Some customers have complained about the limit, and it can be an issue during larger group events spanning several hours, German said.

"We’re happy to provide (beer and cider) for people and hope we can maybe amend the drink limit so we can have more options for our customers," German said.

Lincoln police have not had problems at the bar, said Assistant City Attorney Tonya Peters, who advises the Police Department.

"Have we not had problems because the rule exists?” Peters asked. "Or is the rule not necessary?"

Company officials agreed to the condition when they sought a liquor license and the city's blessing at a City Council meeting in December 2018.

Craft Axe Throwing is the only ax-throwing venue in Lincoln with a liquor license.

Last year, state liquor regulators denied Tomahawks Axe Throwing, at Eighth and O streets in the Haymarket, a liquor license because the owners had concealed criminal convictions in their application.

Councilman Roy Christensen, who is a member of the city's internal liquor committee, said he doesn't have a problem with relaxing the rule for Craft Axe Throwing.

"I think they’ve demonstrated to (us) and other businesses they can do it safely."

Councilwoman Sändra Washington, who also serves on the internal liquor committee, said she's still weighing how she feels about the ax-throwing bar's request.

Certainly, Lincoln regulating the same business differently than Omaha and other Midwestern cities could sway her to support a change, Washington said.

"But I’m probably abundantly cautious when it comes to sharp objects and alcohol,” she said.

German said the business is open to increasing the limit on drinks or enforcing a time frame, such as two beers per hour, and would work with the city on making such a change.

The issue will be the subject of a public hearing before the City Council in the coming weeks, and ultimately any change must be made by the Liquor Control Commission.

In addition to Baker's Candies marking 32 years in business with Valentine's Day, the company recently was named a recipient of the Peter's Chocolate Award of Distinction, a national award given to just 12 confectioners in the U.S.

New rules will require Lincoln residents who want to sell food from their home kitchen to pay a $30 annual fee and face health inspections.

Mead's only restaurant under new ownership as Mack's Shack

The family-oriented, veteran-owned restaurant serves a variety of comfort food, including burgers and chicken-fried steaks. G&L Cafe previously served Greek food, and McFarland said he made sure to keep some of those recipes.

Patrons compete with one another in ax throwing in December 2018 at Craft Axe Throwing on N Street.