NBA tipoff: Live news and scores as the NBA begins its 75th season

Dining Out: There is no wrong time to open a good Mexican restaurant
0 Comments
Share this
1 of 3 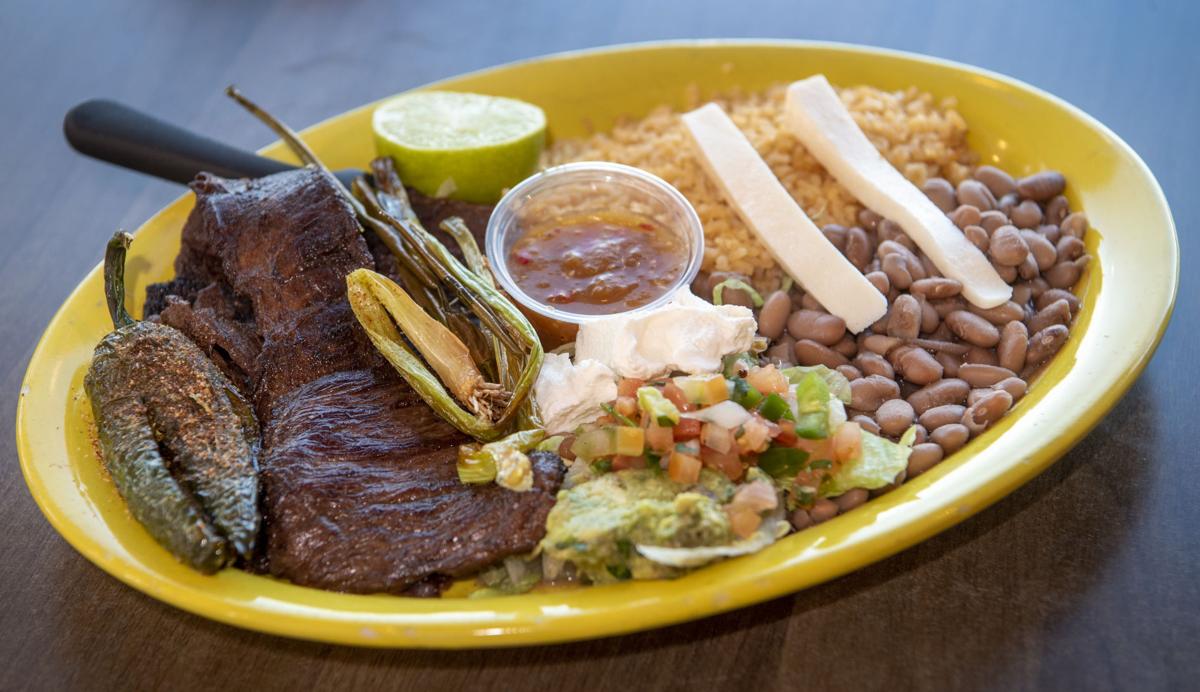 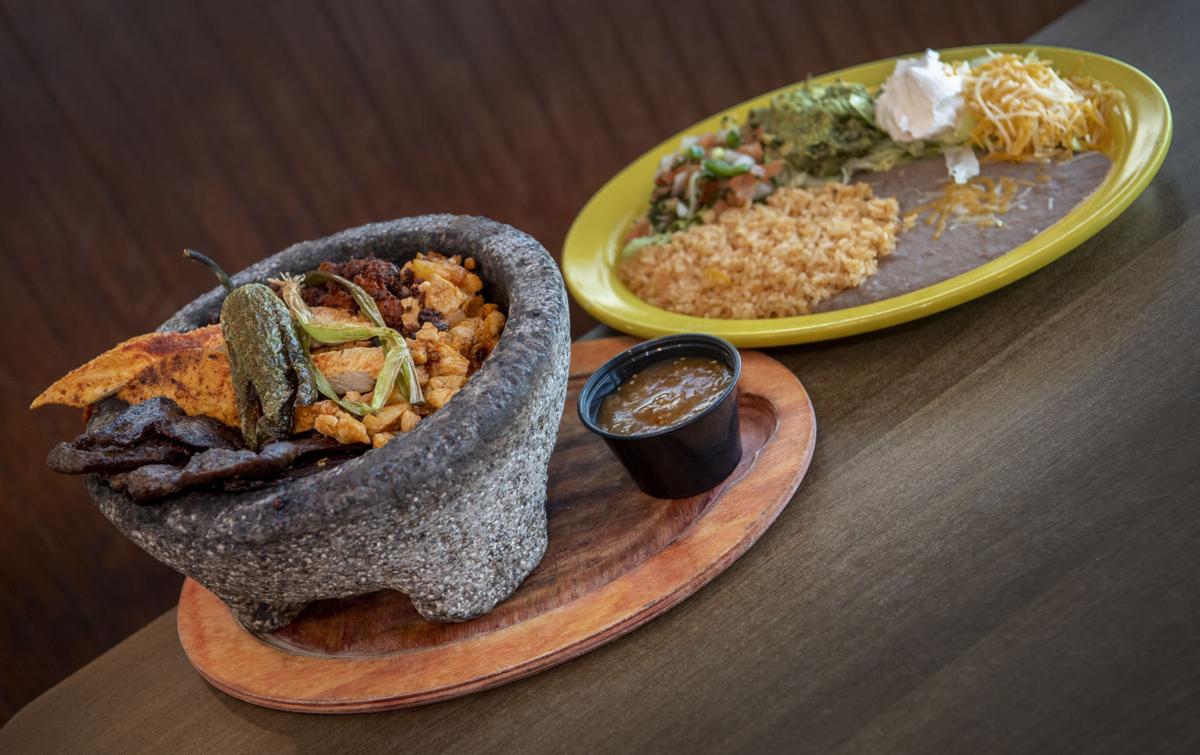 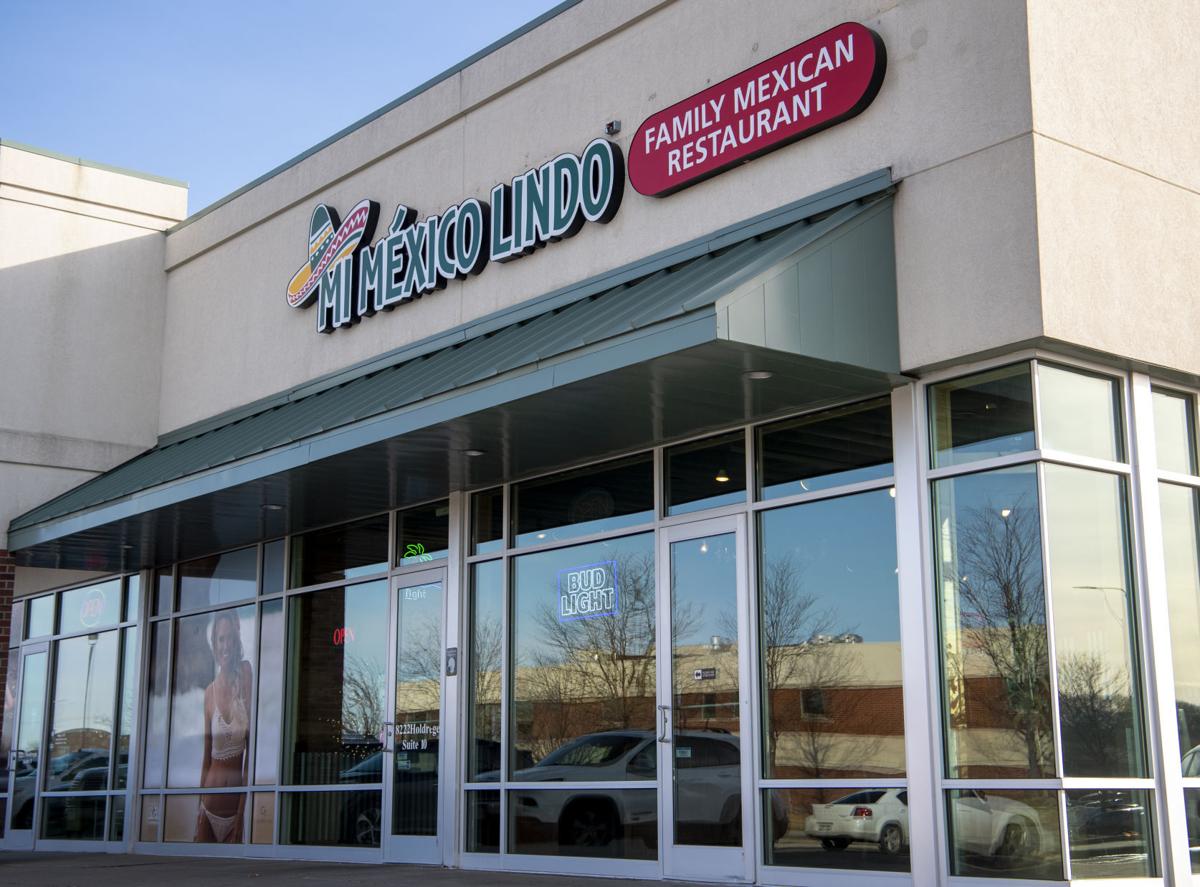 Claudia Ramirez admitted her parents “were scared” to open a new restaurant in Lincoln in the midst of a pandemic.

Julio and Claudia (who shares her daughter’s first name) Freeman started the wonderful, must-try Mi Mexico Lindo on Sept. 18 at 8222 Holdrege St., where Habibi Kabob & Shawarma used to be before it moved near the University of Nebraska-Lincoln campus.

But Ramirez said her father was confident in the restaurant’s menu based on family recipes and stellar service.

So how’s it been going?

“Thankfully, OK,” Ramirez said by phone from the restaurant kitchen, where she translated my questions to her father. “The neighbors have been supportive, and it’s helped to have a drive-thru to go along with dine-in.”

He has a way with carne asada (steak) that’s hard to describe, but I’ll give it a go. Ramirez said her father cuts the steak used for the burritos, fajitas, tacos and more fresh every day. He then seasons the meat with his own blend. The results are savory, melt-in-your-mouth steak chunks. After my wife sampled my carne asada burrito, she kept sneaking more bites off my plate as we ate. The meat was that good.

Julio and Claudia Freeman, parents to five children and two grandchildren, are from Guadalajara, Mexico. They came to the U.S. in 2002 and to Lincoln in 2005. Ramirez said her parents had worked in the food industry before opening their own place.

“It had been a dream of theirs since coming to Lincoln,” she said.

Ramirez said they purposely chose northeast Lincoln as the site for their eatery.

“They really like the neighborhood,” she said. “They live on this side of town and are close to many people over here.”

The location, which is around the corner from Hy-Vee, also offers ample parking and the aforementioned, all-important drive-thru.

Mi Mexico Lindo — "My Beautiful Mexico" — offers a huge (which is an understatement) menu of Mexican and Mexican American entrees, including several burrito, enchilada and fajita options. The menu includes multiple beef, chicken, pork and shrimp dishes, featuring homemade sauces such as mole and verde. Prices generally range from $10 to $15. Yes, there are combination plates, costing $10.95 each, which are a favorite of diners, with a choice of two among enchiladas, tostadas, burritos and tacos.

Dine-in customers begin their meal with complimentary chips and two kinds of salsa (mild and spicy). Both salsas had a strong tomato taste to them — not unusual, but we tasted more tomato rather than garlic or onion that we’d often get from other restaurant salsas.

Based on our server’s recommendation, I tried the grilled carne asada burrito ($12.95), which was served with a side of refried beans and fried rice. In addition to the steak pieces, the burrito was filled with tomatoes, onions, refried beans, rice, a house sauce and topped with sour cream, guacamole and melted cheese. The meat made the dish memorable. We wouldn’t hesitate to order it again.

My wife went with the pork chili verde ($12.95), which also came with beans and rice and her choice of flour or corn tortillas. The pork pieces arrived simmering in a very chili-tasting verde sauce. We both liked the flavor of it as well.

Dining Out: When Fruity Pebbles meets chicken wings, the results are UnbeWingable

We finished our meal sharing a slice of flan ($3.75), which Ramirez said has been just as popular as the carne asada. I wanted it because I had seen an amazing Facebook photo of it on one of my friend’s pages. It was as good as advertised, creamy and rich, served with a side of whipped cream. It’s a must-try, too.

Alcohol is available, with a margarita menu that’s extensive. You can get a classic ($7), which my wife enjoyed with her meal, or house concoctions such as Husker Power ($10) or the Julian ($10), a house favorite made with Don Julio tequila, Grand Marnier and lime and orange juices. Grade: A.

Julio’s son, Julio Jr., was our server and could give lessons on how to work tables. My wife was so impressed she asked me before I left if I had tipped extra (yes, I did). Junior, as he was named on our receipt, was uber-friendly and helpful. He steered us toward his father’s specialty (the steak) on the menu and offered advice on other dishes to my wife, who wanted something not-too-spicy for a sensitive stomach.

The turnaround time from the kitchen was extraordinary, which shouldn’t have been shocking since the restaurant has a drive-thru. Still, it surprised us at how fast the food came out. We barely had dived into the complimentary chips and salsa when our entrees arrived hot and ready to eat less than five minutes after we ordered. Impressive.

Ramirez said the drive-thru also works as a pickup window for phoned-in takeout orders for those who don’t feel comfortable coming into the restaurant for COVID-19 reasons. Grade: A.

The layout is the same as when Habibi was there with one notable difference: the kitchen at the back of the restaurant is now enclosed instead of open. The walls are a mix of wood or corrugated aluminum paneling and faux brick. Seating is a mix of padded booths and tables and chairs.

The Freemans have splashed color throughout to give it a warm, festive feel. The walls are filled with Mexican scenery, food prints and sombreros. There are a couple of TVs. They were showing a college basketball game while we were there. Grade: B.

The extensive menu includes a vegetarian section with three items: fajitas (cactus, tomatoes, onions, green peppers and mushrooms), burrito and enchiladas. They range from $9.95 to $11.95. Another part of the menu includes several meatless huevos (egg) dishes ($8.95 each). There are also a fair share of appetizers and soups. Gluten-free diners can opt for corn tortillas over flour. Grade: B.

We look at three local caterers that are assisting working families and individuals with a focus on providing healthy and full meals.

Powering through the pandemic: Restaurateurs take chances with new ventures

Considering the COVID-19 situation, Omaha had a surprising number of restaurant and bar openings in 2020 — more than 30 in an unofficial count.

"During an emergency, I feel like we certainly need to do everything we can to support small businesses," Sändra Washington said before the vote.

A year and a half ago, Erika Jensen brought Lincoln the establishment it didn’t know it needed — a chocolate shop, coffee shop, weekend brunch spot and community gathering place all in one.

More than 83,000 Runzas are sold as part of 'Temperature Tuesday' promotion

In Lincoln, the temperature at 6 a.m. Tuesday was minus-17, meaning Runza sandwiches were free as part of the deal.

Drive-thru concept saved many Lincoln restaurants from going under

The drive-thru concept turned out to be the ideal business model for a service industry — knocked to its knees in the middle of March by a global pandemic — that quickly had to adjust.

In a year that saw many diners, bars and restaurants shut down for a stretch because of the pandemic, there were some new eateries that opened their doors in Lincoln in 2020.

Omaha LoCo began with a slow rollout this week and expects to sign up more eateries in the coming days.

As customers make their way through a selection of accessories, boots, hats and clothing, they find themselves in front of a coffee bar with caramel-colored wood. The owner said she's noticed Waverly lacks access to good coffee.

Taj Ali, a small gem of a restaurant connected to the U-Stop at 17th and Q, opened in mid-January in the spot that has housed several eateries over the years, most notably Samurai Sam’s. 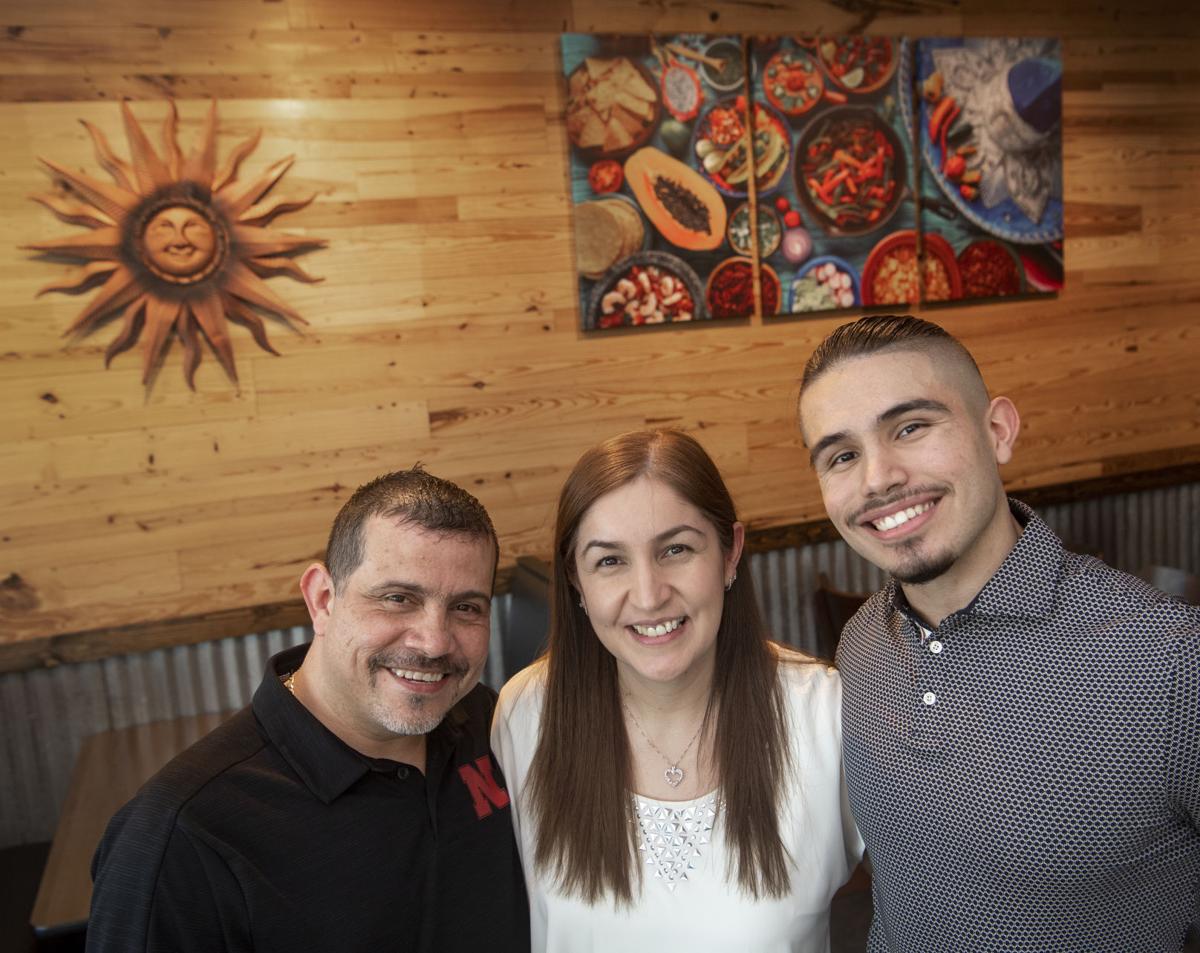 Julio Freeman (from right), wife Claudia and their son, Julio Jr., of Mi México Lindo, which opened in September. 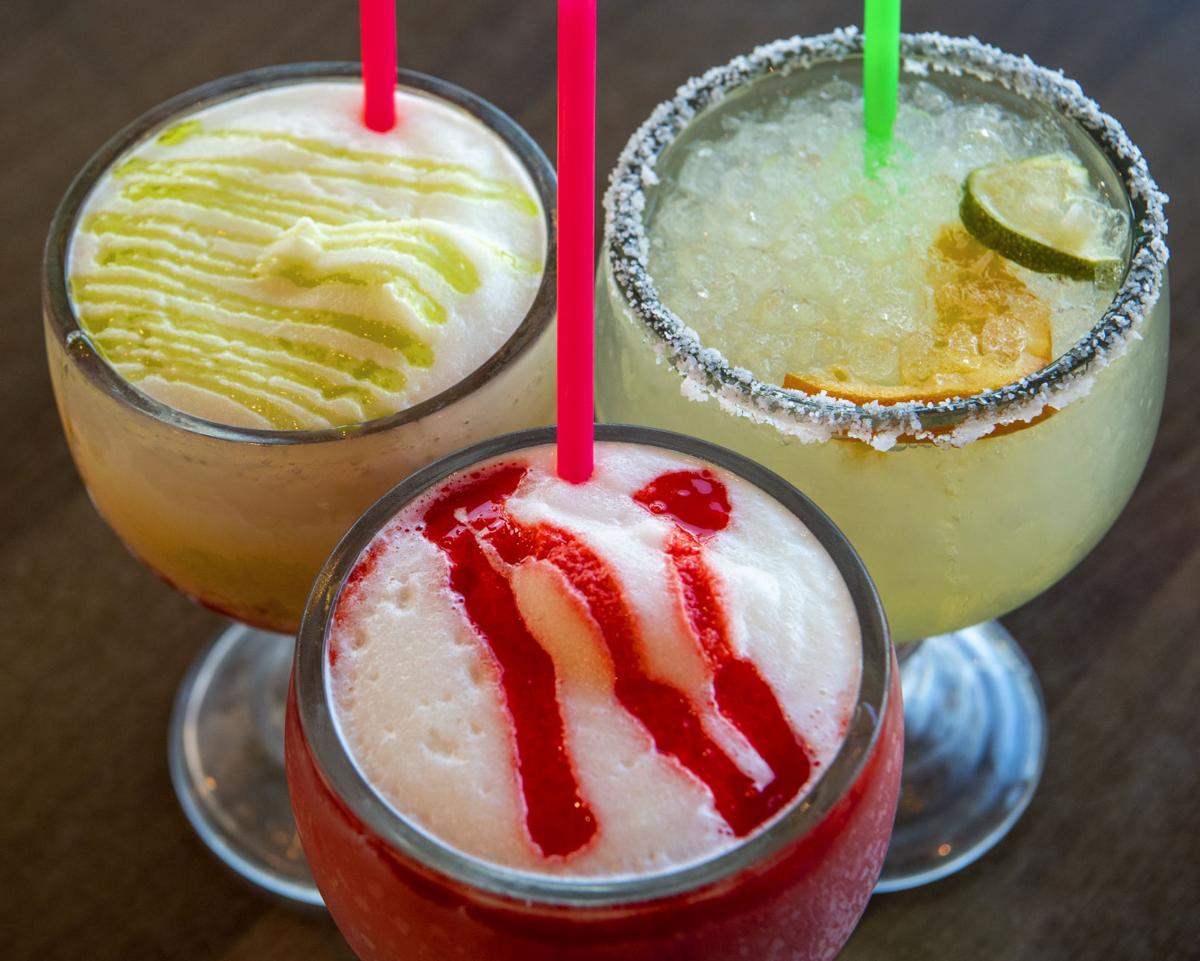 An order of margaritas at Mi México Lindo. 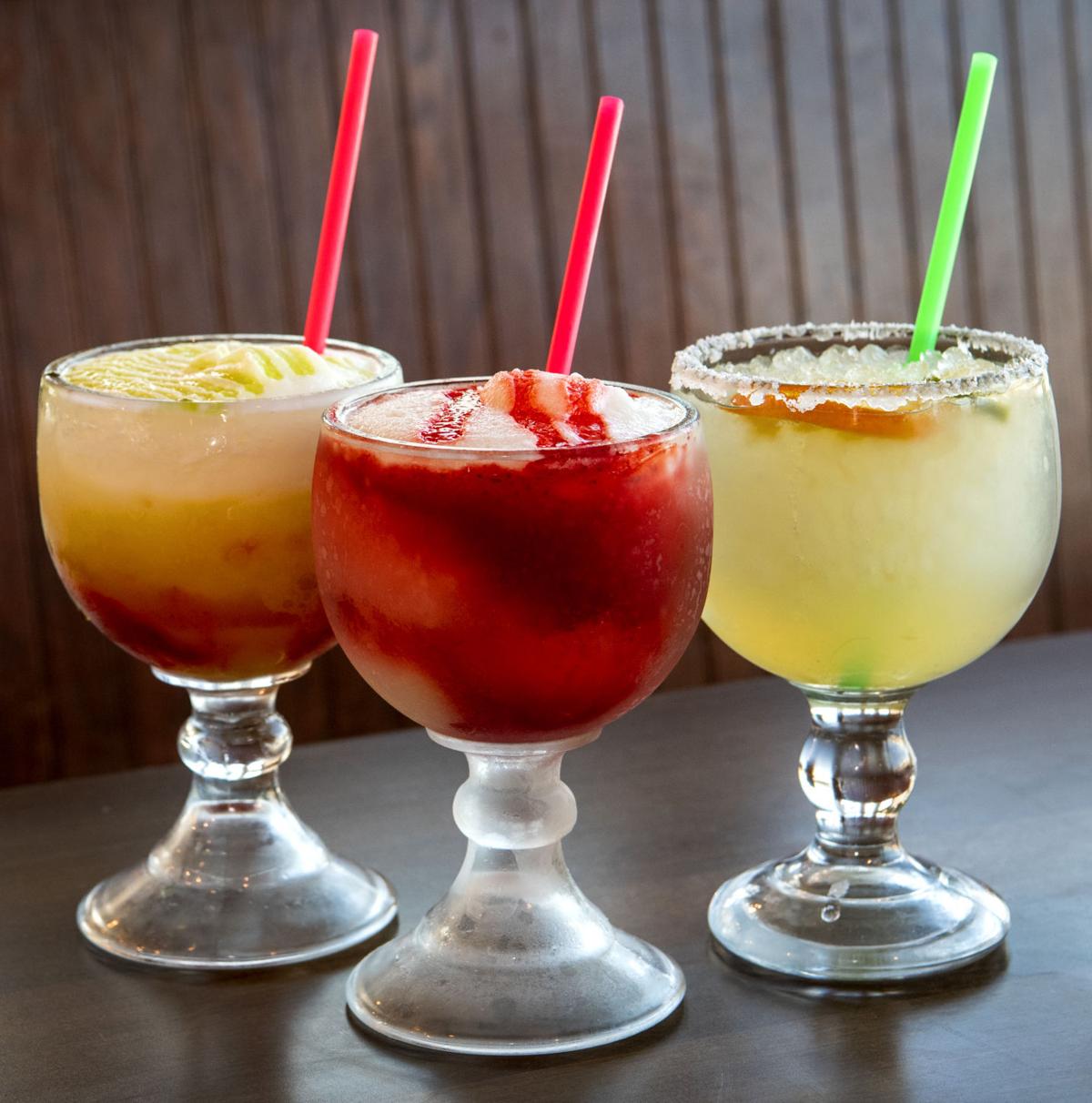 An order of margaritas: the Sol y Luna (blended house margarita with a touch of mango, strawberry, and kiwi syrup.), Husker Power and Freeman's (homemade without a mix) at Mi México Lindo. 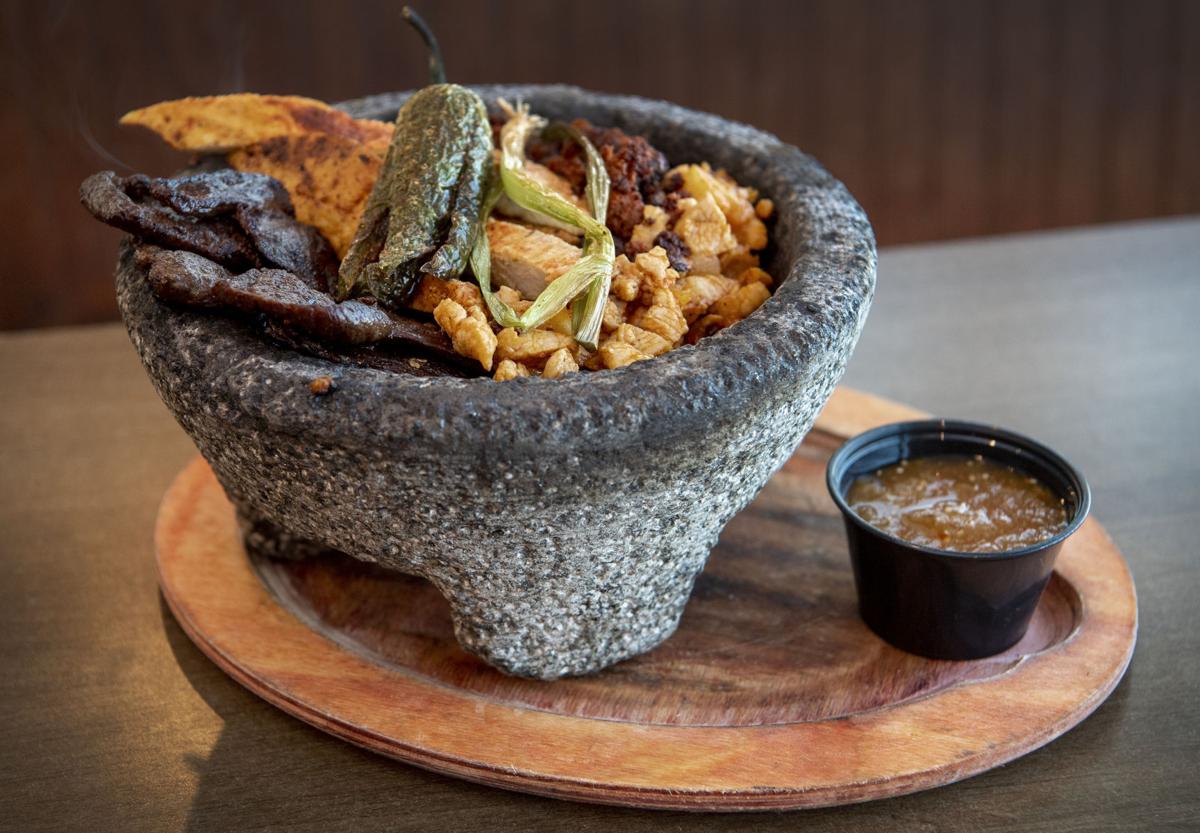 An order of Mocajete de Carne: grilled chicken, carne asada, chorizo, and pastor meat. Served on a bed of sautéed vegetables and melted cheese. Topped with fried jalapeno, fried onions and served with rice and beans at Mi México Lindo.