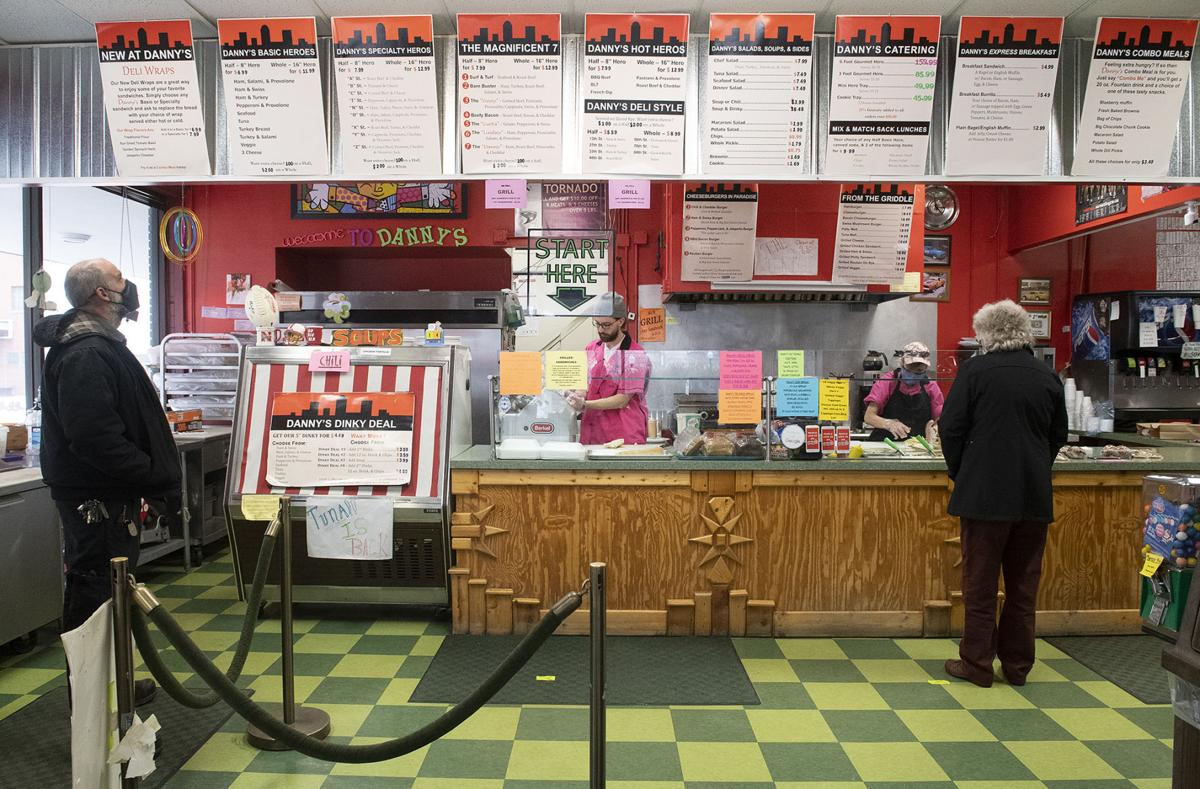 Customers order their sandwiches from Colton Harpst and Chris Mathews during lunchtime at Danny's Downtown Deli on Thursday. 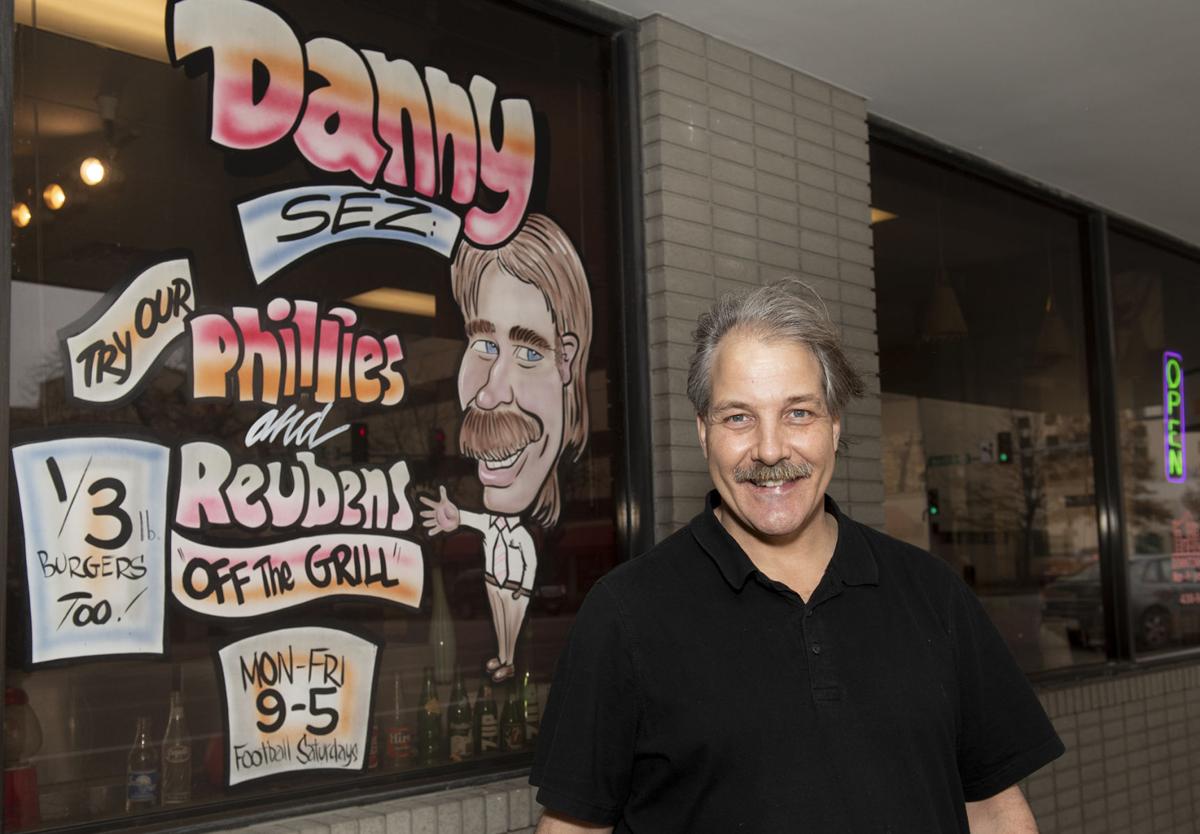 Dan Patrick, owner of Danny's Downtown Deli, on Thursday, the day before he closed his restaurant for good. 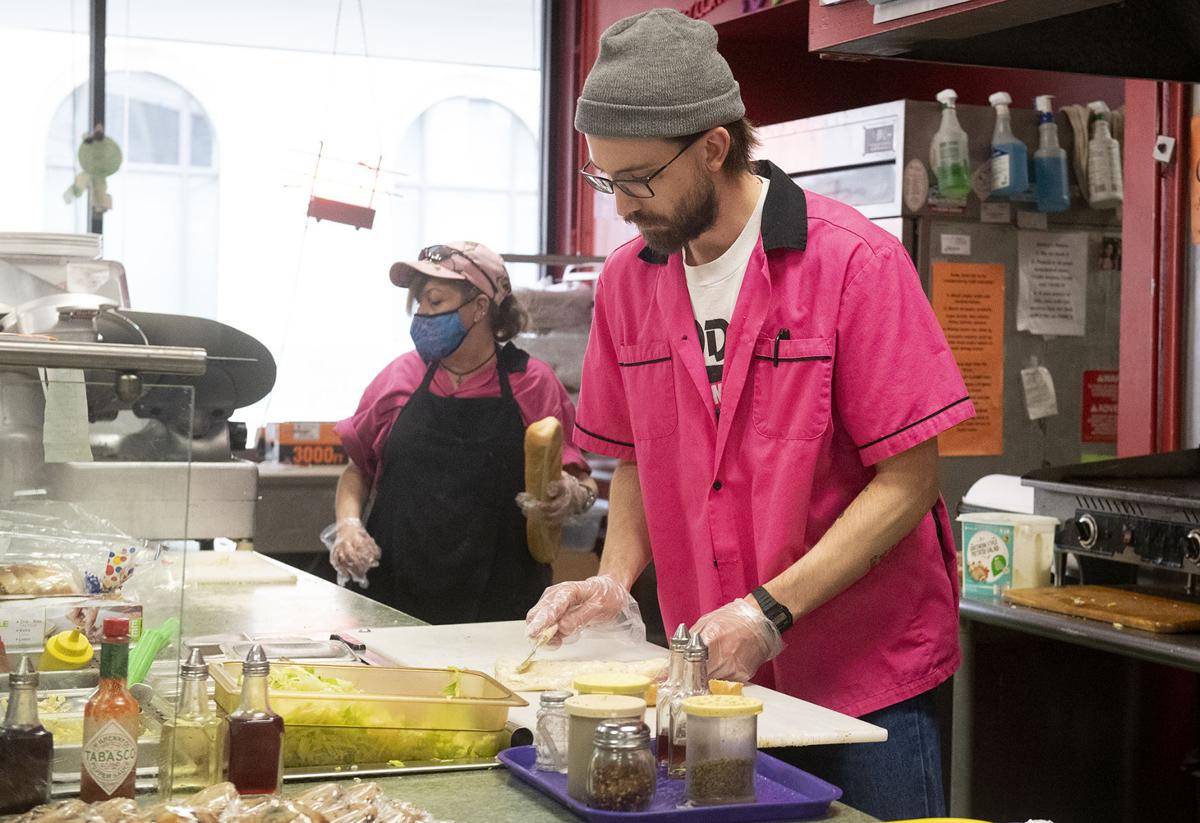 Chris Mathews (left) and Colton Harpst work the counter at Danny's Downtown Deli on Thursday, the day before it closed for good. 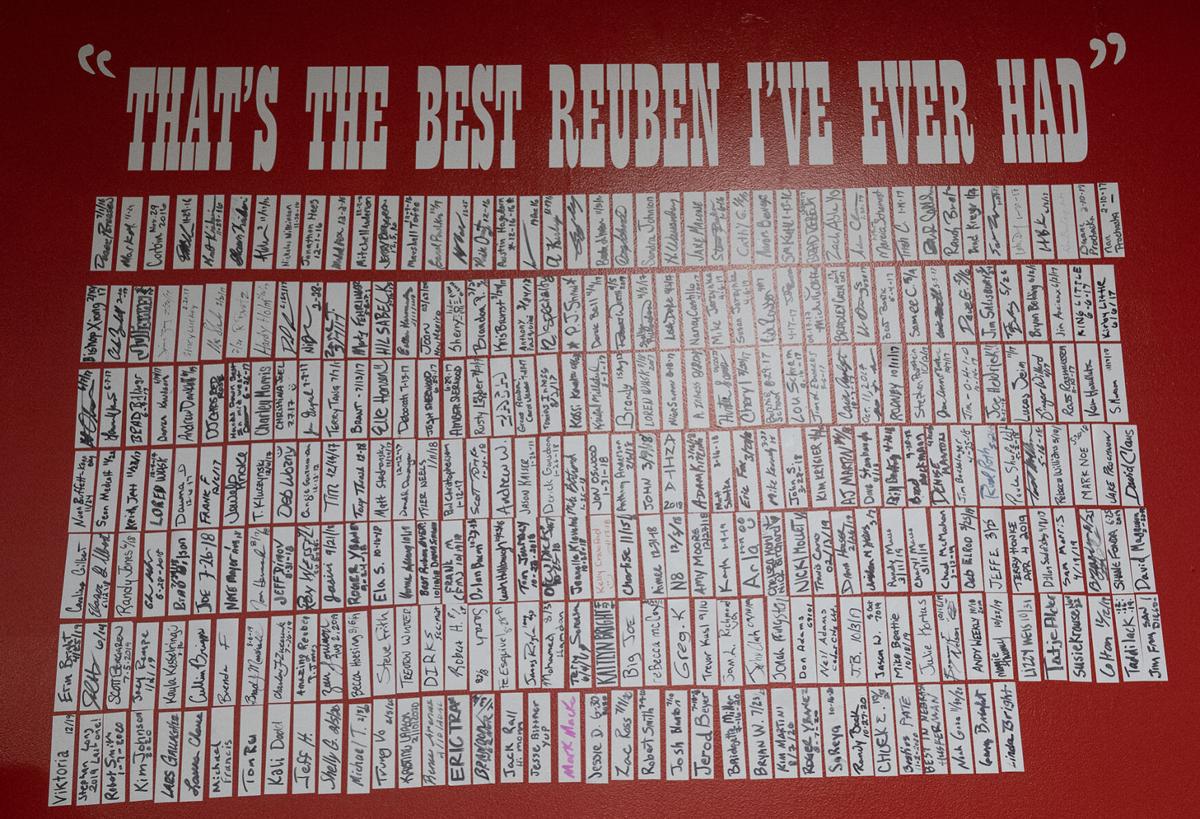 Danny's Downtown Deli keeps a record of customers who have said "that's the best Reuben I've ever had," on the wall of the restaurant.

In a couple of weeks, when the last stick of furniture and cooking equipment is removed — and all that remains is Dan Patrick's iconic full-frame caricature in the front window of his restaurant — the man for whom Danny's Downtown Deli is named has already mapped out his first Monday off the job in about 20 years.

"I'm going to pack a couple of pastrami sandwiches into my lunch pail," he said with equal parts joy and sorrow. "Then I'm going to climb into my pickup, hook up my boat and go fishing.

It's no surprise that his first-day plan includes a sandwich or two. Over the past two decades, Danny's Downtown Deli, 941 O St., has been a go-to lunchtime destination for Lincoln's downtown business community.

Danny's will close for good Friday, as work is expected to begin soon on a condo and commercial development project in the Terminal Building.

On Thursday, an emotional Patrick stood at the back exit of the restaurant, thanking customers, sharing stories and hugs, along with a story or two about the past 20 years.

Patrick is one of those individuals with the gift for making every customer feel welcomed — to remember faces and the stories from those faces. That social skill made a lunch at Danny's more like a visit to a longtime friend's because he was always behind the counter.

"It was special because of Danny himself," said Diane Buss, who managed the Terminal Building before it was sold. "He was so great with the people who came in."

Patrick might epitomize what it takes to succeed in business. Find something you love doing. Do it well. And appreciate those who appreciate you.

9 meats, 6 cheeses and a Journal Star sports clerk with a dream

It's that simple — so simple, that some wonder why he'd ever consider retirement. There were some urging him to choose another space. He also considered a food truck, which is still a possibility.

But for the time being, he is going to try on a much-needed vacation — without the responsibility of opening the restaurant each day. It's well-earned, his friends say.

"He is a small-business success story," said Doug Wells, a boyhood friend who reconnected with Patrick after returning from the Peace Corps in the 1990s and handles the restaurant's bookkeeping. "He was his own man; he did it his way, and that's a big deal."

Consider the failure rate of restaurants in their first year is astonishingly high. Not only did Danny's survive, it did so by staying open from 9 a.m. to 5 p.m. during the work week and on Husker football Saturdays.

"What restaurant can do that?" Wells said. "That's a testament to what he has built. He made good food and ran his restaurant the way he wanted to."

It was actually part of Patrick's master plan. By staying open mainly for lunch, it allowed him to keep his menu simple — even if there was nothing simple about the sandwiches he served.

His menu featured dozens of sandwiches, many of them named after downtown streets in Lincoln.

Meanwhile, his Reuben is so good, there is a space on the wall near the counter that has allowed hundreds of customers to sign their name to a proclamation that declares "That's the Best Reuben I've Ever Had."

As of Thursday, Patrick was still allowing customers to proclaim their Reuben adoration.

There's far less wall space allotted to anyone who finished the Tornado Challenge — a 16-inch sandwich, weighing more than four pounds and stuffed with nine kinds of meat and six varieties of cheese — in under an hour.

Prior to Tuesday, it had only been accomplished two times. With Danny's closing, many more people have tried to tame the Tornado this week. And Patrick was surprised when Chris Stanford accomplished the feat.

The 5 best Netflix originals coming out in March

We look at three local caterers that are assisting working families and individuals with a focus on providing healthy and full meals.

Powering through the pandemic: Restaurateurs take chances with new ventures

Considering the COVID-19 situation, Omaha had a surprising number of restaurant and bar openings in 2020 — more than 30 in an unofficial count.

Customers order their sandwiches from Colton Harpst and Chris Mathews during lunchtime at Danny's Downtown Deli on Thursday.

Dan Patrick, owner of Danny's Downtown Deli, on Thursday, the day before he closed his restaurant for good.

Chris Mathews (left) and Colton Harpst work the counter at Danny's Downtown Deli on Thursday, the day before it closed for good.

Danny's Downtown Deli keeps a record of customers who have said "that's the best Reuben I've ever had," on the wall of the restaurant.