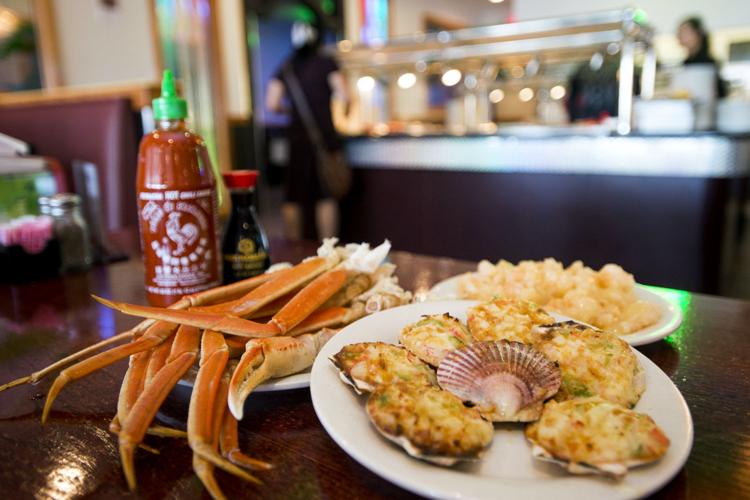 Crab legs, coconut shrimp and baked clams are a few of many offerings at the Asian Buffet. Other items include fresh to order Vietnamese pho soup and a sushi bar. 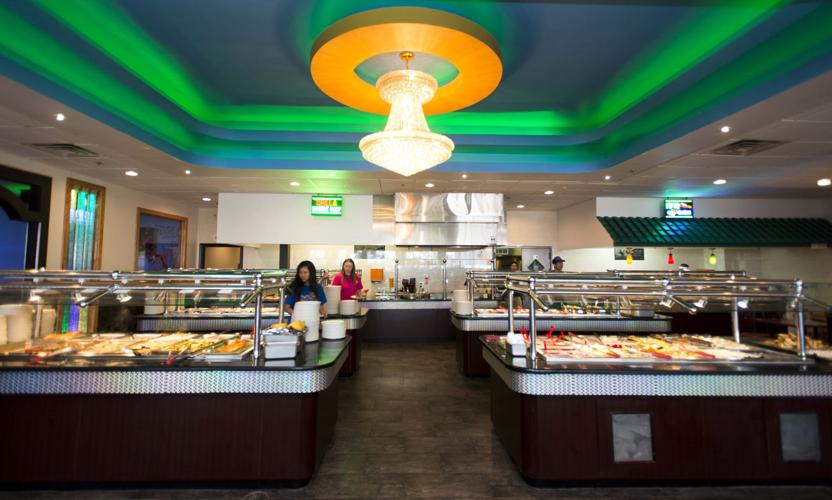 Prior to opening, Simon Dong, who owns a Chinese buffet in Omaha, renovated the Asian Buffet, including the installation of four new buffet tables. 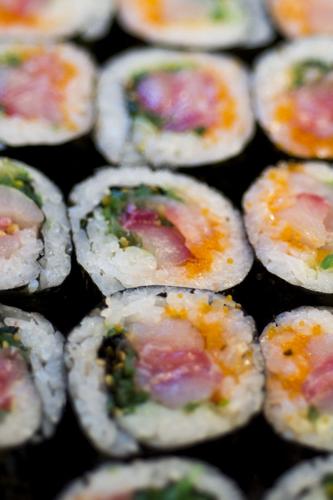 A spicy tuna roll is one of many sushi offerings at Asian Buffet. 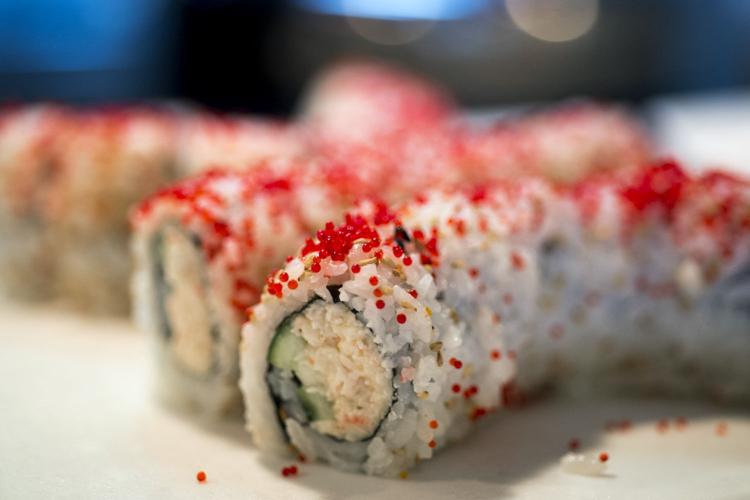 Signature Masato cream cheese rolls, dusted with salmon roe, are among the many sushi offerings at the Asian Buffet, 5130 N. 27th St.

Simon Dong knew an opportunity existed in Lincoln based on the clientele at his Omaha restaurant.

“A lot of Asian people from Lincoln drive to Omaha to eat at my restaurant,” said Dong of the China Buffet at 114th and Dodge streets.

Those same people told him he needed to open a location in Lincoln.

And so he did. Asian Buffet began serving customers May 1 in the spot once occupied by Gourmet China Buffet in the shopping center at 5130 N. 27th St.

Dong spared no expense in renovating the spot. He basically gutted the place and started over with new buffet tables, dining room furniture and kitchen equipment. The interior looks as good as the buffet entrees.

As for the buffet, it’s huge, diverse and extremely reasonable. In addition to Chinese offerings, the buffet includes a sushi bar, a teppanyaki grill and Vietnamese soups.

Takeout also is available, either by the entree or from the buffet tables, with carryout buffet starting at $4.99 per pound.

My wife and I aren’t big crab legs or crawfish eaters, so we ordered the regular dinner buffets.

We were pleasantly surprised to find two of our favorite dishes as part of the hot entrees -- coconut shrimp and salt-and-pepper chicken. Usually buffets stick to basic dishes. (beef and broccoli, sweet and sour chicken, etc.) Asian Buffet had those, too, but they also had some atypical entrees.

The sushi bar also was a highlight. We made multiple trips, finding a variety of rolls and fresh fish, such as tuna and salmon. On weekends, the hot table features slices of Peking duck -- a must-try.

Even the crab Rangoon was notable. The pieces were bite-size, making them easier to eat and dip into sauces.

Kids also will find plenty to enjoy, including a few American dishes for the picky eaters. The dessert table included cakes and pudding. There’s also an ice cream station. Grade: B+

The Asian Buffet looks great, beginning with the blue-and-green ceiling and the giant chandelier hanging above the four buffet tables. Also noteworthy are the funky, floor-to-ceiling lights that help separate a dining/party room from the buffet tables. The main dining area is big, open and when it’s busy, can be a tad noisy. The back wall is where the grill, sushi bar and ice station are located. Grade: B+

My wife and I visited on a busy Friday night and found the service to be top-notch. Staff kept buffet tables stocked and cleaned. They also cleared dirty dishes promptly from our table. The trick will be to maintain the cleanliness, which seems to be the downfall of buffets as the years go by. The Asian Buffet is off to a good start. Kudos go to the woman who prepared the sushi. She kept the rolls coming, having something different each time we went back. Grade: A

The buffet includes several hot and cold vegetarian options. Your best bet may to be build your own entrees using the fresh veggies at the teppanyaki grill. Each table has at least one vegetarian choice, including the sushi bar. The takeout menu features “diet food specials,” with entrees made with no salt, oil or cornstarch. As for gluten-free, a buffet poses risks for cross-contamination. Grade: B+

Jeff Korbelik dines at a different restaurant each week. Here are some of the dishes featured at those restaurants.

The expressions on readers’ faces were, well, funny when I told them my next review would be at a grocery store.

Hours after eating the new Amsterdam Falafel & Kabob in the Haymarket, I could still smell the curry from the cafe’s curry fries on my fingers.

Check out some of the many places to get Asian food in Lincoln. Which is your favorite?

When Jason Anderson and Sharon Grossman bought what’s now Cultiva Espresso and Crepes, 727 S. 11th St., in 2011, they decided early on that th…

Hand it to Andy Zheng: The names of his sushi rolls at Ninja, the new north Lincoln restaurant, are as good as they taste.

FIFA and EA Sports are breaking up after 30 years

Crab legs, coconut shrimp and baked clams are a few of many offerings at the Asian Buffet. Other items include fresh to order Vietnamese pho soup and a sushi bar.

Prior to opening, Simon Dong, who owns a Chinese buffet in Omaha, renovated the Asian Buffet, including the installation of four new buffet tables.

A spicy tuna roll is one of many sushi offerings at Asian Buffet.

Signature Masato cream cheese rolls, dusted with salmon roe, are among the many sushi offerings at the Asian Buffet, 5130 N. 27th St.