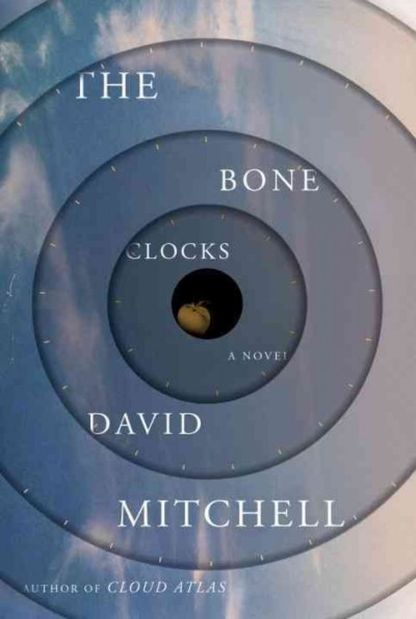 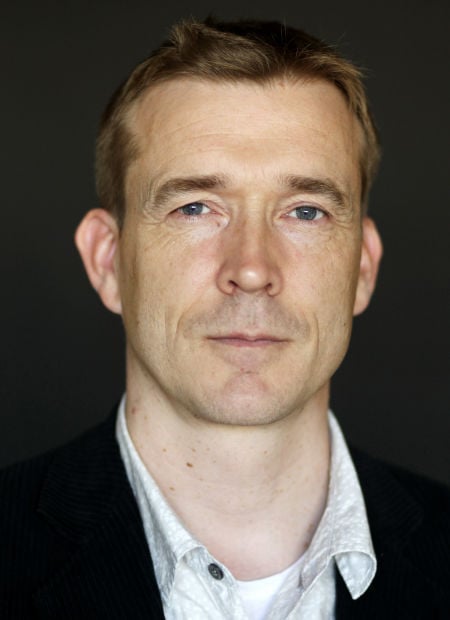 Author David Mitchell poses for a portrait on in 2012 in Beverly Hills, Calif.

By GREG WALKLIN / For the Lincoln Journal Star

Partway through David Mitchell's most famous novel, 2004's "Cloud Atlas," one of his six protagonists, the elderly book publisher Timothy Cavendish, is hit by nostalgia upon coming across a small part of England he had not been to in a long time: "(W)e cross, crisscross and recross our old tracks," he says, "like figure skaters." The sextet of protagonists in "Cloud Atlas," although they were separated by years and continents, all indeed end up covering much of the same territory, each in his or her own way.

The same could definitely be said for Mitchell, whose latest effort, "The Bone Clocks," a multiperspective novel, shares much -- quite intentionally -- with "Cloud Atlas." "The Bone Clocks" picks up some of Mitchell's minor characters from his other novels, including his bildungsroman "Black Swan Green," and his historical novel "The Thousand Autumns of Jacob de Zoet," among others. With his latest, Mitchell is rewriting many of his old works, including new interpretations and backstories, with the goal -- in his words -- of creating an "über-novel."

If only this latest addition lived up to his über-novel's previous chapters. "The Bone Clocks" begins in the 1980s with Holly Sykes, an English teenager who gets into a fight with her mother over her new boyfriend. After running away from home -- and finding her boyfriend in bed with another woman -- Holly is beset by a series of odd intrigues, including strange visions, a magical fight, a woman named Esther Little seeking "asylum" and, eventually, the disappearance of her labyrinth-loving younger brother. Because of ostensibly supernatural reasons, Holly doesn't remember any of the magical happenings -- only that her brother never came back.

Over the course of successful plunges into the future, the narrative approaches Holly from different angles: from her would-be boyfriend Hugo Lamb, a possible sociopath who is effortlessly charming; from her eventual husband, war reporter Ed Brubeck; from her fellow writer, the washed-up Crispin Hershey; and from Dr. Marinus, a strange soul with an incredible secret that ties Holly's life together. We then return to Holly's perspective, 60 years after we first met her, and find her with the same big old heart she had as a teen. In between, Mitchell fills the pages with mostly flawless dialogue and with beautiful tidbits of description (Two of many examples: A door "swings open with the perfect Transylvanian hinge-creak" and a moon-gray cat — that appears in every Mitchell novel — comes "melting out of the shadows.")

As opposed to the six self-contained stories in "Cloud Atlas," "The Bone Clocks" attempts to trace a single story through the ages and locations of the world, fitting them together in a somewhat more conventional arc. But the result feels far too thick and digressive to maintain momentum. For a book whose theme is time (its blessings, its limitations), the story ends up asking too many hours of the reader. It's compelling in places, but it lacks the poignancy and power of "Cloud Atlas."

Before the pages end, though, "The Bone Clocks" -- whose title is taken for what the rest of us are called by those who are not controlled by mortality -- has some thoughtful things to say about time. Perhaps they are never summed up better than when Crispin Hershey, at one point in the book, makes reference to a bit of Philip Roth's "The Human Stain." The quote could have been this novel's epigraph: “Nothing lasts, and yet nothing passes, either, and nothing passes just because nothing lasts.” At least we have many more chapters of Mitchell's über-novel to anticipate.

Greg Walklin is an attorney and freelance writer.

Jim Morrison, 50 years after his death: An edgy rock icon, a poet, beloved brother and web of contradictions

Few rock 'n' roll legends have had as enduring an impact on multiple generations as Jim Morrison, whose death 50 years ago next month at 27 made him an even bigger cultural icon than when he was alive. Yet, while his six-year tenure as the deep-voiced front man in The Doors created a quintessential template for brooding, bad-boy rock singers clad in leather and oozing primal sex appeal, ...

While you can read a book on any phone or tablet with apps like Apple Books, Kobo, Kindle or Nook installed, e-readers offer a much more enjoyable and far less distracting reading experience.

The book’s characters have the unique quirks of small town residents, which she said is familiar to her because she lived in the Scottsbluff area most of her life.

NEW YORK — Prayers have been answered for “The Book of Mormon” fans. The Tony-winning stage musical will return to Broadway on Nov. 5, producer Anne Garefino announced Wednesday of the raunchy comedy. Broadway shows have been shuttered since March 2020 due to the COVID-19 pandemic. “When Broadway shut down, so many amazing and talented people were put out of work, many of whom had become ...

LOS ANGELES — Over his three-plus decades running police departments in Boston, New York City and Los Angeles, Bill Bratton branded himself as America's top cop. At the time, that was generally a good thing: He won accolades for overseeing big-city police departments during a historic decline in crime throughout the U.S., ushering in changes that reshaped how the job is done and confronting ...

"The Cape Doctor" by: E.J. Levy; Little, Brown (352 pages, $25.95) ——— When we consider the differences between men and women, thinks Jonathan Perry, the remarkable doctor of E.J. Levy's new novel, we lose sight of similarities too easily. "Once the skin is peeled back, the distinctions are few," Dr. Perry says. "Save for the reproductive organs, one cannot tell man from woman — one cannot say ...

‘The Bombay Prince’ by Sujata Massey

In an attempt to solidify England’s colonial rule, Prince Edward VIII visits Bombay in 1921. During a parade, a student, Freny Cuttingmaster, the daughter of a tailor, is murdered. Massey’s indomitable main character, lawyer Perveen Mistry, investigates. In strict Parsis culture where a family’s reputation is everything and a daughter’s perceived flaws can destroy that standing, Cuttingmaster’s death becomes embroiled in Bombay’s increasingly violent independence movement. The prince’s visit has also returned someone to Mistry’s life that she’d decided never to see again. Mistry charges into both matters with her usual pointed but restrained anger toward India’s patriarchy and colonial rule. Massey’s lush descriptions and rich historical details are transporting.

Review: A stormy story of family

"Phase Six" by Jim Shepard; Alfred A. Knopf (256 pages, $25.95) ——— The other day, my husband took in the latest COVID-19 statistics and wondered: What if this were a really big one? Someone less grounded in history and science and, well, reality, might say, Huh? This isn't big? That someone, however, is not Jim Shepard, who's clearly been thinking along these lines, and probably well before ...

Author David Mitchell poses for a portrait on in 2012 in Beverly Hills, Calif.