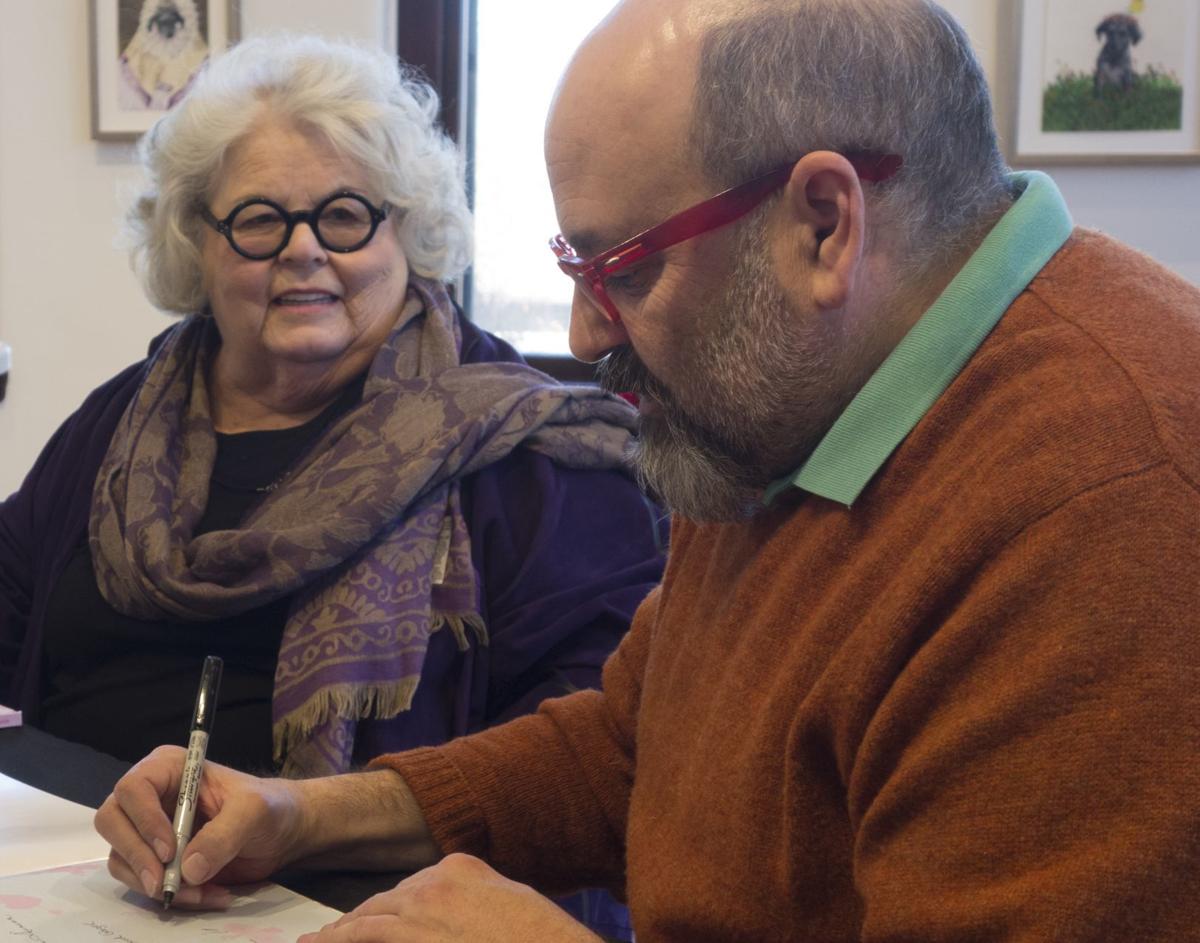 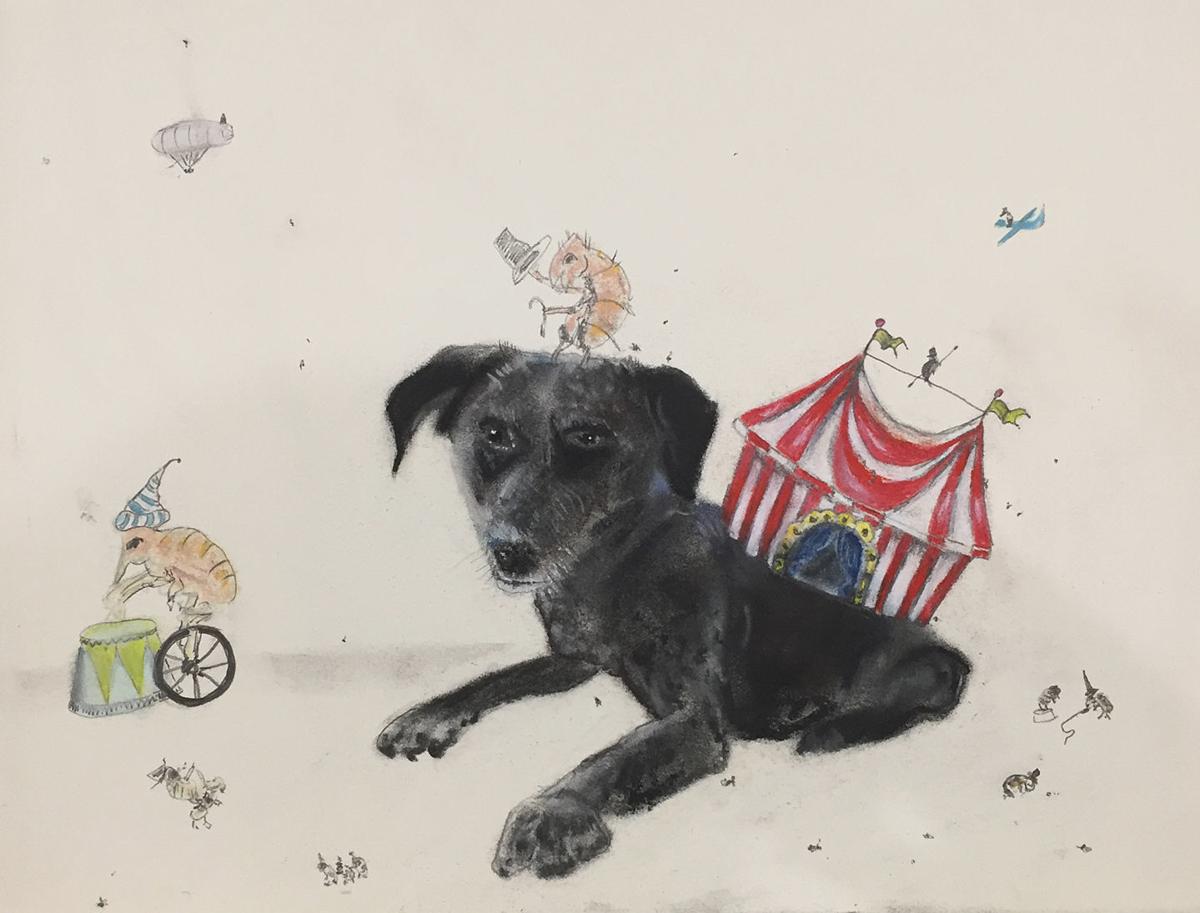 An illustration by Joe Broghammer in "Chica."

The first time Karen Duncan met Chica was on the curb of a street on the east coast of Mexico.

Traveling with her husband, Robert, and friends, the group had stopped to visit the pyramids at El Tajín. Karen had left the group early and was waiting at the curb for the others to return.

“I looked down, and there was this puppy that was lying between my feet,” the Lincoln woman said. “I didn’t hear it come up or anything.”

Duncan decided on the spot to adopt the mangy, gray dog, which she named “Chica,” putting her in the backseat of their car. She fed the dog scrambled eggs and beans and gave her a bath and a rabies shot before returning home.

Thirteen years later, Duncan adapted the tale for "Chica," a children’s book published earlier this year. The book also has a Spanish version.

Duncan, Chica and illustrator Joe Broghammer will hold a book signing at Francie & Finch Bookshop on Friday from 4-6 p.m., with a reading by the author and artist at 5 p.m.

"Chica" details the dog’s background and journey with Duncan from El Tajín to Puerto Vallarta. Although she doesn’t know where Chica came from before their meeting, in the book Duncan gave her the background of a circus dog who wandered away.

Duncan and her husband have lived in Lincoln for 50 years and have amassed an internationally recognized art collection. They founded the Clarinda Carnegie Art Museum in Clarinda, Iowa, which published the book. The couple also established The Assemblage art gallery in Lincoln and the Aguacate Artist-in-Residence Program in Puerto Vallarta.

The idea for the book came two years ago, after Duncan decided she wanted to tell Chica’s story.

“She’s such a loyal dog, and so smart,” Duncan said. “She’s just such an interesting dog.”

The book also has a glossary to give children context for some of the cultural references. Duncan, who teaches piano lessons to Hispanic students, said she wanted to have the book contain both English and Spanish texts to allow anyone to pick it up.

“There are so many people, even in Lincoln now, who are bilingual, are learning Spanish or want to learn Spanish,” she said.

The book has pastel illustrations by Broghammer, an artist from Omaha. His works have been exhibited in museums and galleries around the world, including the Clarinda Carnegie Art Museum.

Broghammer first met Chica at a dinner when he was a part of the Duncans' artist-in-residence program. He was immediately fascinated by the dog.

“I thought Chica was so self-confident, in a sense, as a dog, that I was just kind of intrigued by her,” Broghammer said.

Broghammer later gave the Duncans a portrait of Chica. He said he prefers using pastels, because of the multitude of colors and the ability to mold the medium with his hands.

He said he wanted the book to be a “photo album” for Chica’s adventures.

“I tried to find all the cultural things along the way for Chica to experience, so she could learn about her culture,” he said. “So that was what was really intriguing to me about that storyline.”

Broghammer said he thinks Duncan did a good job in the book of portraying Mexican culture for children. He hopes to draw more adventures about Chica, and said he’d like to see her visit places such as Paris, Taiwan or Rome.

“I just kind of wanted to show what Karen was writing and show that bond and love between the two, but also that experience for the dog,” he said.

Duncan also said she’d like to see Chica’s story continue, and maybe add some animal friends into the mix. With this story, she hopes not only to expose Americans to a different culture, but bring attention to the animals there as well.

“We have to care about them,” she said. “And when we see them hurting and down-and-out like she was, we have to give them a hand.”

What: Book signing for "Chica," a children's book written by Karen Duncan of Lincoln and illustrated by Omaha artist Joe Broghammer.

Lincoln public stamp show to be held this weekend

After five years of renovation and $11.4 million, the fourth floor of Morrill Hall is finally open to the public.

Compared to the rest of her four-legged family, Jinx was a difficult dog for Tricia Stanczyk to train.

For Eswar Ramamurthy, the hardest words to spell are science and culinary terms, because of their diverse origins.

Omaha's Family Fun Center XL in Omaha closed this past weekend, the business announced on its Facebook page.

Family events for March 13-20: Shrine Circus and other fun to round out spring break week

An illustration by Joe Broghammer in "Chica." 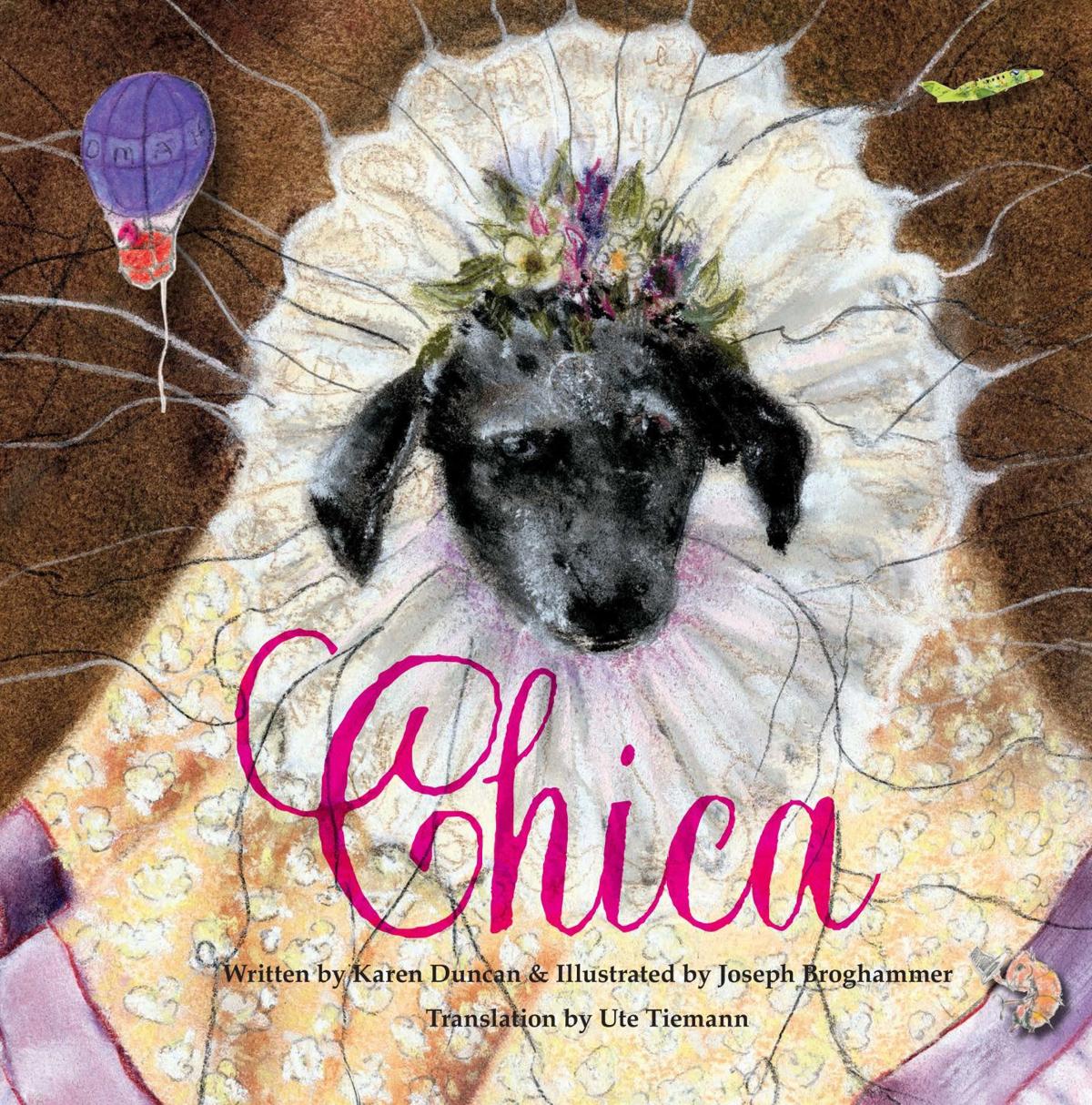 "Chica" is a recently released children's book written by Karen Duncan of Lincoln and illustrated by Omaha artist Joe Broghammer.