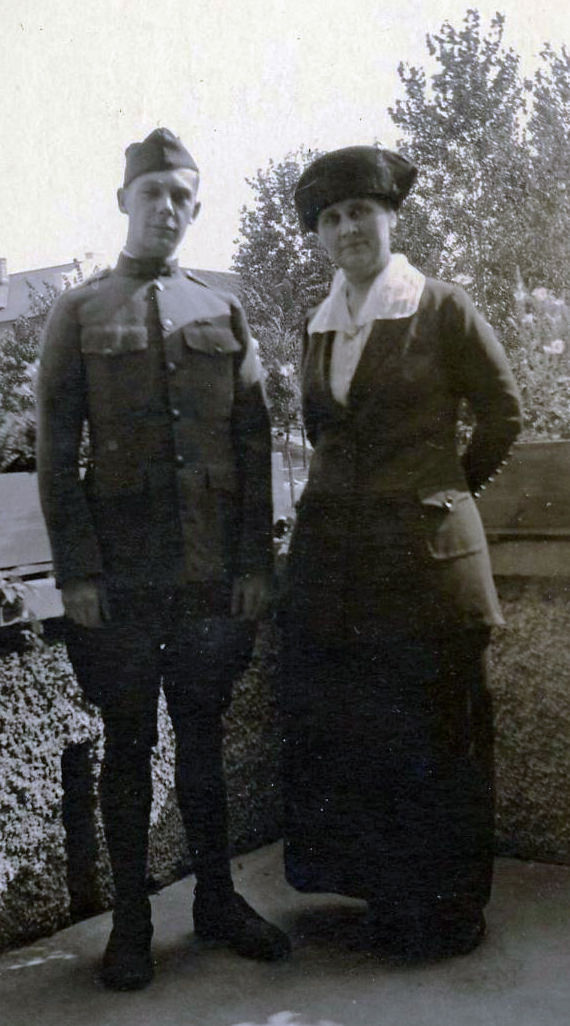 George Wigert (left) poses with his mother, Anna, after returning from France during WWI. 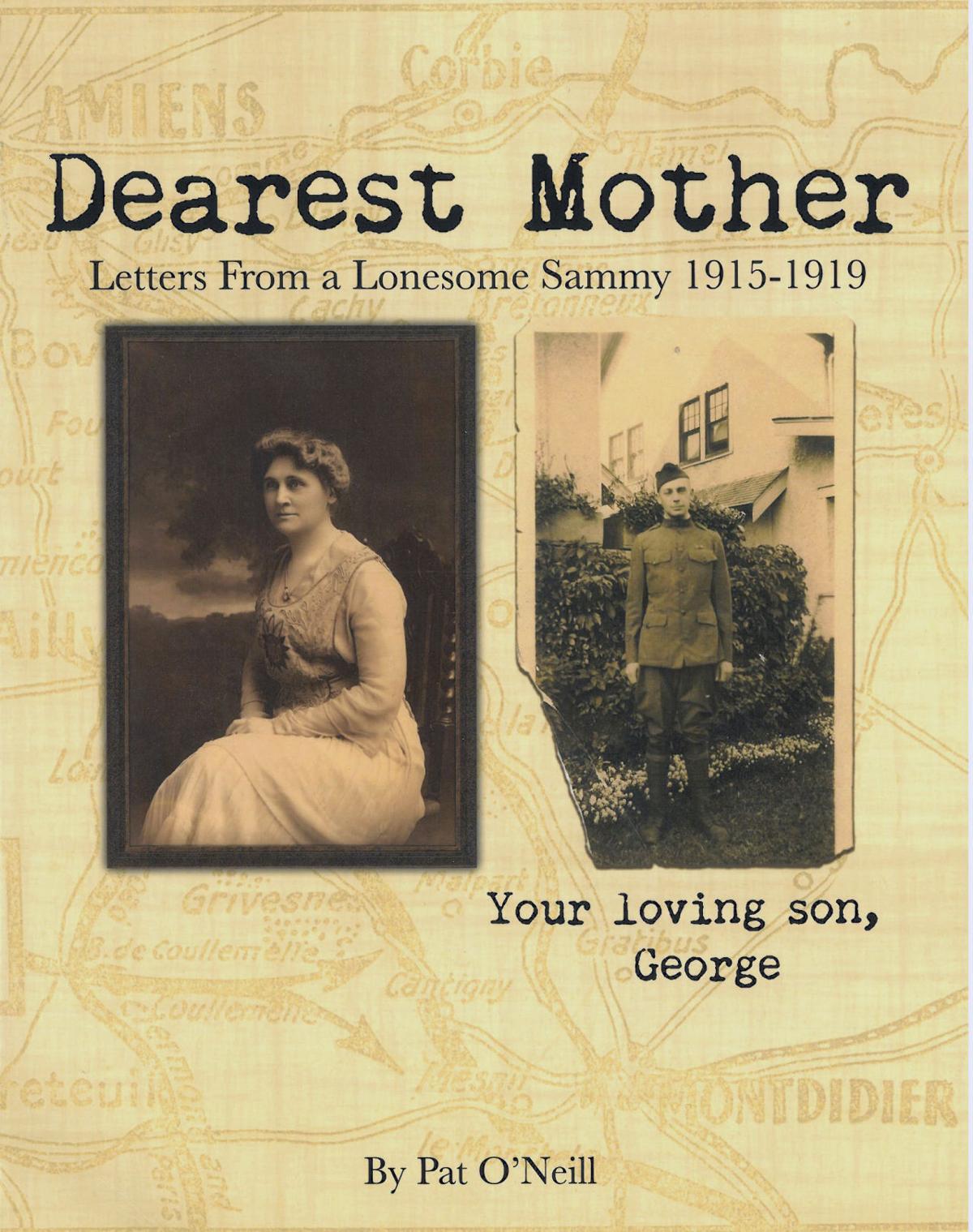 Every once in a while I open my little picture case to look at your sweet face and I know that I will come back because I am determined to. No mother should love a son who is afraid to do everything in the time of emergency because he isn’t worth it if he is a coward, so there is no need for either one of us to feel bad because if I have to fight it is because the Lord willed it so, and is for the best …

On a train bound for Fort Bliss, Texas

On May 23, 1917, 19-year-old George Cleveland Wigert of Lincoln enlisted to fight the Kaiser in Germany in what later would become known as World War I.

Wigert was, according to his grandson Pat O’Neill of Kansas City, Missouri, a handsome young man with a sly smile, frosty blond hair and smitten with military discipline.

He also loved his widowed mother.

And so, for the next two years, he wrote Anna Wigert religiously from the battlefields of France. For her sake -- and for the edification of the censors -- he constantly assured her that he was “somewhere in France, safe as a baby in your arms.”

But when it was over, he finally admitted the truth to her.

“I have been through a whole lot of undreamed of things … many terrible sights I saw up there than I ever saw before or ever thought I would see.”

About three years ago, while his mother was in hospice, O’Neill and his six brothers took turns staying with her. When they weren’t with mom, they were at her Kansas City home.

“We’re all in our 50s and 60s, but we were like little boys,” O’Neill said. “With nothing to do we began poking around her drawers and attics.”

That’s when O’Neill’s brother, Steve, came upon a box in the basement filled with more than 200 letters their grandfather George Wigert had written their great grandmother during WWI. The letters started when Wigert left Lincoln for a military school in Illinois as a teenager in 1915 and continued through June 1919, eight months after the war had ended.

On April 6 -- 100 years after President Woodrow Wilson declared war on Germany -- O’Neill released many of those letters in a book, “Dearest Mother: Letters From a Lonesome Sammy.” The book sells for $22 and is available at the National World War I Museum and Memorial in Kansas City or online at seatofthepantspublishing.com. O’Neill also hopes to have them available soon in Lincoln at the Nebraska History Museum Landmark Store.

As O’Neill, chief creative officer at O’Neill Marketing & Event Management Inc. in Kansas City and an author, began reading his grandfather’s letters and then transcribing them, he knew he had a story he needed to share.

“To be able to have this treasure trove of letters … you see the growth of a young man, from military school as a 15- or 16-year-old to a pretty hardened, skeptical young man in Germany in 1919 waiting to come home. To be able to trace that was a real blessing.”

The letters, O’Neill said, showed another side of Wigert.

“He was a macho, swaggering kind of young man,” O’Neill said. “He was handsome, good with the girls and had lots of buddies. But at the same time, when he’s writing his mother, he’s like a little boy again. He kind of melts into this little child. I’m sure he never expected anybody else to read those letters except his mother.”

Designed by Dan Regan Creative, “Dearest Mother” not only contains the letters -- which O’Neill typed from Wigert’s handwritten cursive -- but also historical and personal photos, newspaper clippings and editorial cartoons and a biographical introduction and postscript.

“It’s poignant, but at the same time it touches on a lot of pertinent and salient history in America’s involvement in the war,” O’Neill said.

Nebraska has a rich history of military facilities across the state. Check out these archive photos of installations.

Honor flight homecoming: 'A perfect end to a perfect day'

They had already waited more than four decades for a warm welcome home from the war, so the Vietnam veterans from Nebraska weren't complaining…

WILBER -- He returned from the Pacific with a bullet hole in his gut and shrapnel scars on his hips and shins.

George Wigert (left) poses with his mother, Anna, after returning from France during WWI.