Amor Towles had never heard of the Lincoln Highway until he looked at a map of Nebraska, years into work on a novel set in 1954 about three 18-year-olds who start a cross-country adventure in the middle of the state.

“In all my notes it said they're gonna leave Aurora, Nebraska, and head to California, but they're gonna go to New York on road x,” Towles said. While looking at a map of Nebraska, he saw Route 30 and in small print "formerly known as Lincoln Highway."

“That's when I was, like, what is that? And I'm years into the project now. So I'm digging into, what is the Lincoln Highway? Then that's like a gift. I couldn't believe it."

It was perfect since the highway — the first paved road from coast to coast — began in New York's Times Square, which Towles knew was going to play a significant role in the book. And it went 20 miles from Aurora.

"I couldn't believe my luck. So I changed the title of the book and began to sort of build the mythology of the Lincoln Highway to some degree into the story," he said.

The title became “The Lincoln Highway: A Novel,” and the book became a New York Times bestseller, with more than 1 million copies sold since it was released in October 2021. Named Amazon’s Book of the Year, “The Lincoln Highway” was chosen by Time, NPR and former President Barack Obama as the best book of 2021.

Author Amor Towles will take part in an online public discussion of his book "The Lincoln Highway: A Novel" with Lincoln readers, via Zoom, from 2-3 p.m. Sunday.

In September, “The Lincoln Highway: A Novel” became the 20th One Book — One Lincoln selection, joining “A Gentleman in Moscow” from 2017 as Towles' second novel to be chosen in the Lincoln City Libraries' annual community reading program.

Towles will take part in an online public discussion of his book with Lincoln readers, via Zoom, from 2-3 p.m. Sunday.

Interviewed by Zoom from his New York home last week, Towles said he always knew his 576-page novel would begin in Nebraska.

Lincoln bookstore Indigo Bridge moves away from Haymarket, toward community

“I knew from the moment that I came up with the notion of the story and, for me, a book always begins with sort of a small inspiration, a notion, a conceit," Towles said.

“In the case of ‘The Lincoln Highway’, more than a decade ago, the notion that struck me was this image of a kid ... having served time on a work farm being driven home by the warden ready to start his life fresh. And when the warden drives away, he discovers two kids from the work farm are hidden in the trunk of the car. I don't know where that came from, but that's where I started as an image.”

From there, Towles said, he knew, inspired in part by the photography of Nebraska native Wright Morris, that he wanted to start the story in the middle of the United States, which brought him to Nebraska, and finally Aurora, which he fictionalizes as Morgen — Aurora meaning dawn in Greek, Morgen meaning morning in German.

Not only did Towles get the basic story of the novel from that initial notion, he knew the three main characters — Emmett, the farm boy from Morgen; Duchess, the son of a vaudeville actor; and Woolly, a good-hearted delinquent from a wealthy family — and what would happen to them.

“I knew exactly how it was going to end,” he said. ”I knew how the story would end for Emmett, for Duchess and for Woolly in very specific terms. Then you kind of start this multiyear process of where you're imagining the book in detail before you write it, or that's what I do.”

Working through the story in a series of Moleskine notebooks for a few years, Towles eventually flew to Nebraska, went to Aurora and drove the Lincoln Highway back to New York, picking up some details that would eventually make their way into the book.

“I wrote the first draft before I did the drive,” he said. "That's what I always do if I'm going to do something very specific from a research standpoint because I'm not a research-driven writer. I'm an imaginative-driven writer and so I put off research until I fully have imagined and realized a story in great scope.”

That story is told from eight perspectives — starting with the three kids, then adding characters they meet along the journey. A couple of those perspectives are in first person, the remainder in third.

Towles said a big part of his evolution as a writer was mastering the ability to capture an individual's psychology through description and the way the character's language gives insight into how the person thinks.

“By the time I'm writing 'The Lincoln Highway,' I'm 58. I've got 40 years of experience in bringing individuals to life, not simply inventing what they look like and what they do and how and why they do things, but inventing what they sound like, what their thought process is like," he said. "Crafting language, which will represent to the reader as if they're inside the brain of that individual, you know.”

Towles is at work on a new novel and will soon have a book of short stories, most set in New York and Los Angeles, published.

But, as demonstrated last week during a 40-minute interview in advance of his Sunday interaction with One Book — One Lincoln readers, he's still engaged with "The Lincoln Highway: A Novel" and ready to share his thoughts about the book, its characters and his writing process.

A select committee created in the wake of allegations against former Sen. Mike Groene shared a series of tentative recommendations Friday addressing workplace behavior in the Nebraska Legislature. 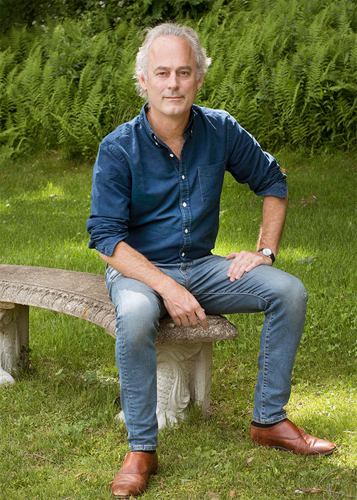 Author Amor Towles will talk about his best-seller "The Lincoln Highway: A Novel," the 2022 One Book — One Lincoln selection, in a community Zoom discussion Sunday. 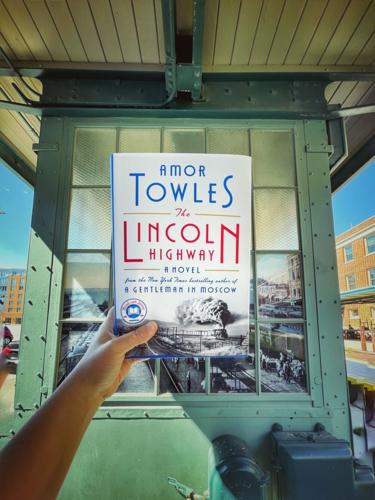 "The Lincoln Highway: A Novel" by Amor Towles.