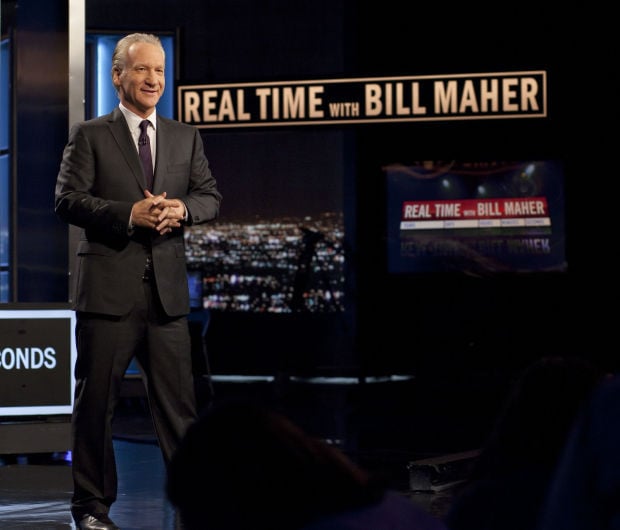 Bill Maher, host of HBO's "Real Time with Bill Maher," will perform at the Lied Center on Sunday. 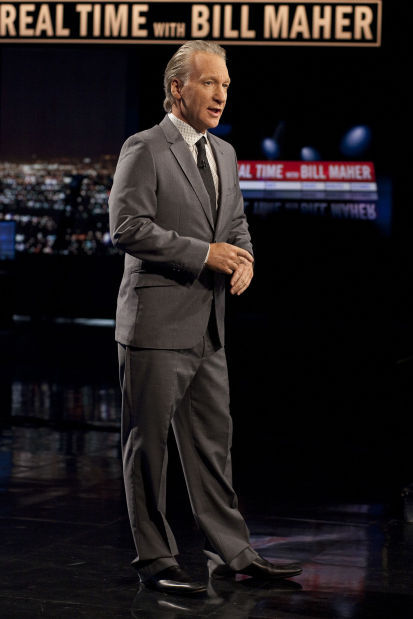 Bill Maher will perform at the Lied Center on Sunday. 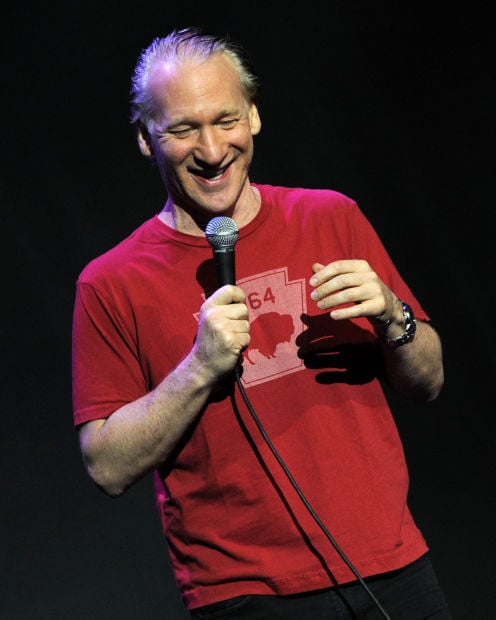 Bill Maher knows what he’s getting into Sunday when he ventures into Nebraska -- the hilarious scourge of the GOP invading a deep red state.

“It’s not the reddest,” Maher said. “I’ve been in Alabama twice this year. And every red state has a lot of liberal people in it.”

Maher is best known as the host of funny television political talk shows for two decades, first “Politically Incorrect” on Comedy Central and ABC from 1993 to 2002, then for the last 12 years, HBO’s “Real Time with Bill Maher.”

Sunday, Maher will be bringing his stand-up comedy to the Lied Center for Performing Arts, something he says is quite different from the TV show, even when he’s doing his longer pieces on the program.

“Stand-up is all about getting laughs,” Maher said. “It’s the art of getting people to belly laugh for 90 minutes. What would be familiar to the audience who watches the TV show is the kind of topics I’m interested in -- politics, the state of the state of the world, all of that. Stand-up is how I started, and when TV gets done with me, I’m sure it’s where I’ll finish.”

Maher, 58, said his stand-up always contained political humor. But he said those jokes didn’t connect a quarter-century ago.

“I was so young, people were wondering, ‘What the hell does this kid know about politics?’” he said. “I was 24 years old. I probably didn’t know anything about politics. It (political humor) is something you have to grow into.”

Like “Real Time,” which is done live on Friday nights, Maher’s stand-up is ripped-from-that-day’s-headlines topical.

“I don’t talk about evergreen issues like a lot of comics,” he said during a Tuesday afternoon interview. “I like to do a little research before I get there and know who runs the show. I know (Rep.) Jeff Fortenberry’s been there since 2004, and he’s won every election by a landslide and that Nebraska’s 1st (District) hasn’t elected a Democrat since 1964.”

“That’s gerrymandering. On the TV show we’re doing something called ‘Flip the District’. We’re going to try to find the perfect district where somebody could win and pour in resources and sunlight. This gerrymandering stuff is anti-democratic, anti-American. It’s not fair. In 2012, Democrats won 500,000 more votes than Republicans in the House. But Republicans killed them as far as representation goes. That’s wrong.”

That got Maher going, and he delivered a series of observations -- direct, sarcastic and, as always, funny. Here are a couple:

“I’ve always believed that politics grows out of your morality,” Maher said. “I don’t think you can separate them, which is why I’m curious about James Carville and Mary Matalin. How could they be married?

“I want to be more inclusive to the Republicans and their disproven economic theory, religious superstition and planet killing,” he said. "I want to reach out.”

Then he took off on a recent Pew Research Center poll that shows, among other results, that 48 percent of Republicans don’t believe in evolution -- “that’s half the party that’s full-on nuts.”

Even crazier, Maher said, was the finding that 44 percent of Republicans believe that President Barack Obama will find a way to stay in office after the end of his second term in 2016.

But the clincher for Maher was a question about the Benghazi “scandal” that has been a GOP obsession for well over a year.

“Forty-four percent said that Benghazi was the worst scandal ever,” Maher said. “The second worst was Kanye West grabbing the mic from Taylor Swift. OK, I made that one up. But Benghazi wouldn’t crack (President George W.) Bush’s top 10.

“I heard (Louisiana Gov.) Bobby Jindal say that Republicans have to stop being the party of stupid. I’m not sure I agree with that. There are a lot of stupid people out there. They deserve to be represented, too.”

When he’s not working on the HBO show, Maher takes his act on the road, doing a few weekends of one-off stand-up shows across the country -- he’s in Evansville, Ind., Saturday -- and, more often, playing Las Vegas.

“I was just there this weekend,” Maher said. “Vegas is Vegas. It knows what it is, which is an adult playground. I’ve been working there for 30 years. When I was young, I was an opening act for a lot of the stars. … Back in the '80s, it was horrible. I call it the dead ball years. They were over the Rat Pack. The Rat Pack was still alive, but it was over. …Then in the '90s, they tried to reinvent Vegas as a family place, which was even dumber. About 10 years ago, they got it again. ‘What happens in Vegas stays in Vegas’ -- that’s the motto they should always use. You can’t get closer to saying ‘Enjoy your hooker.’”

The latter is a well-crafted line and got a big laugh when it was delivered. That’s the kind of result Maher hopes to get from his stand-up, which he crafts from his best bits.

“You take the funniest stuff,” he said. “You take the stuff I can’t say on HBO. Believe it or not, there are things I can’t say on HBO. I might have Darrell Issa on the show. You can’t be swearing and getting off-color in front of a congressman. And he might not come back on the show. But stand-up, you’re completely free. I’ll always defend stand-up comedy as the last bastion for free speech.”

But mostly what Maher wants to do with his stand-up is slay, generating big laughs from start to finish.

What: An Evening with Bill Maher

From Sunday to Thursday, I count 10 shows that would each be well worth seeing at five Lincoln clubs.

Having danced Clara in “The Nutcracker” in December, Paige Thompson figured she would land a supporting role in Lincoln Midwest Ballet Company…

For more than two decades, world-renowned clarinetist David Krakauer has been reinventing and remixing the Jewish music of his ancestry with f…

Here's a rundown of news and notes from Lincoln's dining scene, beginning with MoMo Pizzeria and Ristorante.

Bill Maher, host of HBO's "Real Time with Bill Maher," will perform at the Lied Center on Sunday.

Bill Maher will perform at the Lied Center on Sunday.