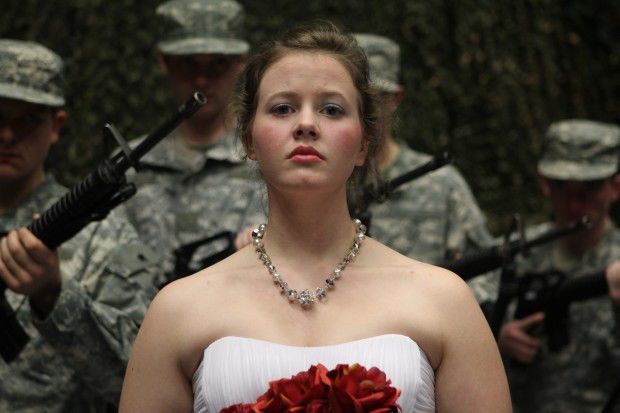 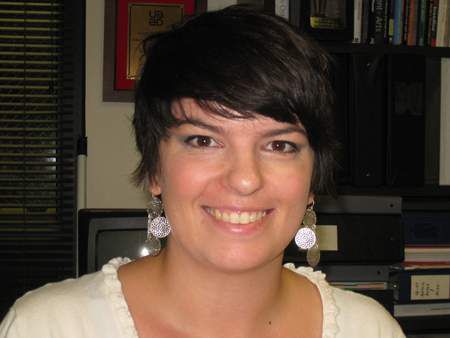 Shannon Cameron is direction the University Theatre production of "Iphigenia 2.0."

Shannon Cameron's not one to take an easy road, as evidenced by the play she chose for her thesis project.

Cameron is directing the University Theatre production of Charles L. Mee's "Iphigenia 2.0," a play based on Euripides' "Iphigenia in Aulis."

Why? Well, Mee's play, originally premiered in 2007, is "rather post-modern," she said. The playwright is known for his collagelike style of playwriting and for making use of radical reconstructions of found texts.

"He likes to mix it up," Cameron said.

"Iphigenia 2.0" will feature -- in addition to the narrative -- dance, stage combat and a variety of music, ranging from traditional Iraqi tunes to hip-hop to rock.

"It's really been an adventure," she said. "I've asked my cast and design team to collaborate on the process. I've said 'yes' to every creative idea. It's provided for some really interesting things to happen."

In the play, Iphigenia is about to be married, but she must deal with her overbearing mother, Clytemnestra, and her father, Agamemnon, who plans to kill her. Jenny Holm plays Iphigenia, with Julie Soroko as Clytemnestra and Nick Wolf as Agamemnon.

Cameron, 31, is working toward her master's degree in directing for stage and screen. A Lincoln native, she graduated from Lincoln East High School in 1997 and then headed off to Boston, where she earned her bachelor's degree in theater education in 2001 from Emerson College.

Her resume includes jobs in Boston and Madison, Wis., before she returned to Nebraska to teach speech and drama at Hastings High School. After four years of teaching she returned to Lincoln to work on her master's degree.

"I had the urge to go back to school, to become a professional director," she said.

In addition to her studies, Cameron also is teaching at Doane College and serves as artistic director for the new Jesters and Prophets Theatre Company, which hopes to mount its first production this spring.

Shannon Cameron is direction the University Theatre production of "Iphigenia 2.0."