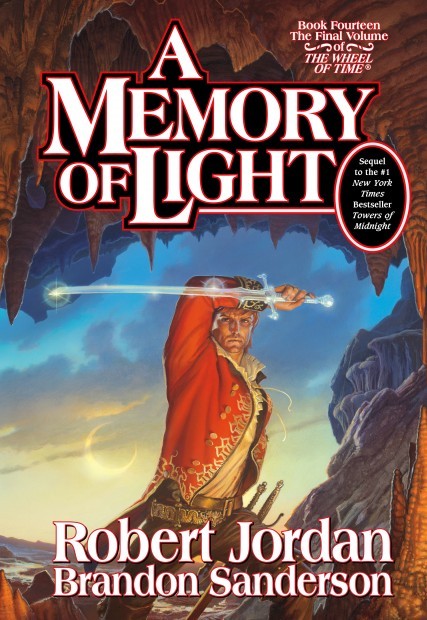 "A Memory of Light" is the 14th and final book in Robert Jordan's "Wheel of Time" fantasy series. It will be released Tuesday. 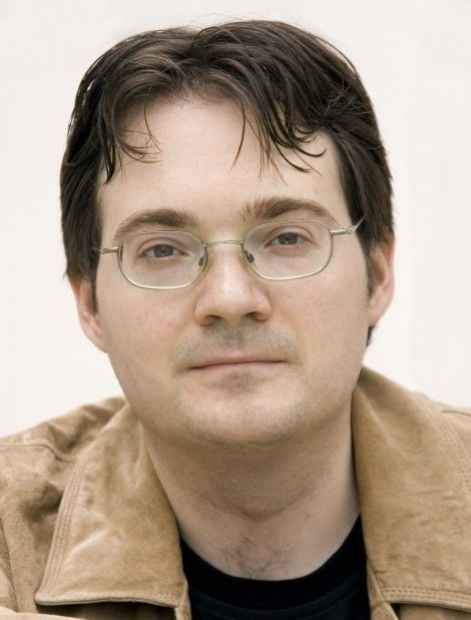 Brandon Sanderson was born in Lincoln and now lives in Utah. He is best known for finishing Robert Jordan's epic fantasy series "The Wheel of Time."

By its very nature, the wheel of time has neither beginning nor end. The wheel spins, and ages come and go:

“There are neither beginnings nor endings to the turning of the Wheel of Time. But it was a beginning.”

Any of the millions of "The Wheel of Time" readers know these words by heart -- as they mark the beginning of each of the series' volumes. However, come Tuesday, these readers will be reading the end of this iconic epic fantasy.

This fantasy series was first published in 1990, and that marked a beginning for many readers, including Lincoln native and current author of the series Brandon Sanderson.

“I picked up the books in 1990,” Sanderson said. “The series has basically been a part of all my life.”

Sanderson struggled as a reader as he was growing up. This was something his English teacher at Lincoln East Junior/Senior High School, where he graduated in the early 1990s, noticed and wanted to change. She assigned to him a book report and asked him to choose a story from her bookshelf -- to make sure she was familiar with it. Sanderson chose “Dragonsbane” by Barbara Hambly, and his life as a fantasy reader/author began.

The next summer, Sanderson discovered the "The Wheel of Time" series, which he felt emotionally attached to and of which he felt a sense of ownership.

“'The Wheel of Time' is the series that I discovered and I said, ‘This is mine,'" Sanderson said. “I thought it was an undiscovered gem, and I bought them all as soon as they came out.”

Because of this, Sanderson had a paternal pride for the series he saw become more and more popular and make it onto best-sellers lists. He even studied the series as a developing author to help his own writing as an upstart fantasy author at TOR publishing, the home of "The Wheel of Time" series.

“When I began to be a writer, I thought 'Wheel of Time' was the best-written series and used it as a basis of how I would become a writer,” Sanderson said. “I studied the books, and I kind of had a university course on how to be a fantasy writer by studying the books and taking notes.”

The  best-selling series originally penned by the late Robert Jordan was first thought of as a trilogy; however, it has spanned 14 books and 23 years. When Jordan passed away in 2007, the series -- and its ending -- seemed to be in jeopardy. Then Sanderson stepped in.

Sanderson, who graduated from Brigham Young University and now calls Provo, Utah, home, was chosen for the job by Jordan’s widow, Harriet McDougal, after he wrote a heartfelt eulogy for Jordan that was published on his website.

He felt mixed emotions about taking over the series.

“Working on it has been bittersweet,” Sanderson said. “You just won the lottery, but you didn’t even enter. Your grandfather passed away and left you the ticket."

Even with those emotions, Sanderson jumped at the opportunity to take over the series, and now as it draws to a close, there are more mixed emotions.

“It feels very relaxing to be finished, but also extremely sad,” Sanderson said. “It’s relaxing like finishing a marathon -- more relieving than anything.”

During the past five years he worked on the series, Sanderson said, the material and notes Jordan left have made him a better author in his own right.

“As an author myself, working to be a better author, there is nothing better than being able to see behind the scenes to see how a master did it,” Sanderson said. “Having (Jordan’s) notes felt like I had the master there to guide me along the way.”

That master’s guidance has helped Sanderson move ahead on his own work, especially his 2010 New York Times best- selling epic fantasy "The Way of Kings."

Sanderson first attempted to write the epic story in 2002. However, after a couple of attempts, he said, he left it for a few years.

Sanderson said finishing the series gave him an inside look at how the craft works. It gave him a grasp of storytelling and all the things readers don’t see behind the scenes in what makes a masterpiece a masterpiece.

With the series coming to a close, it now allows Sanderson to move on to his own material. He is working on the second "Stormlight Archive" book, which he hopes to release in November, and a couple of young adult novels.

"These are projects I had been working on for years and years, and I finally have some time to work on them,” Sanderson said.

Sanderson plans to release "The Rithmatist" in May and "Steelheart," the first of a trilogy, in late summer or early fall.

The "Rithmatist" follows Sanderson’s normal fantasy themes. However, "Steelheart" is more of an action/adventure with some fantasy twists. In the book, the only people in the world with super powers are evil, and normal people organize ways to try to bring them to justice.

He sold the film rights to "Steelheart" to Random House after eight different companies bid on it.

Sanderson has a prominent place in the fantasy world, but he hasn’t forgotten his roots. Although he's been gone since his college days, the 38-year-old tries to get back to Lincoln whenever possible, and he still identifies himself as a Husker.

The former Journal Star paperboy and Lincoln East High School graduate has achieved much in his life. And during much of his life, "The Wheel of Time" has been there.

“I don’t know how to respond to the idea of writing 'The Wheel of Time,'” Sanderson said. “The whole opportunity happened because my favorite author has passed away. But because he hasn’t been here, I’ve been able to work on the series that has meant the most to me throughout my life.”

"The Wheel of Time" through time

"The Wheel of Time" debuted in January 1990, with the release of "The Eye of the World."

Here is a look at what was going on when each book was released.

"A Memory of Light" is the 14th and final book in Robert Jordan's "Wheel of Time" fantasy series. It will be released Tuesday.

Brandon Sanderson was born in Lincoln and now lives in Utah. He is best known for finishing Robert Jordan's epic fantasy series "The Wheel of Time."