Here's a look at trending topics for today, Sept. 22:

For the first time since 2004, Ben Roethlisberger isn't part of the Steelers-Browns rivalry, a matchup the Ohio-born-and-bred quarterback dominated for 18 seasons and will now watch with everyone else.

On Thursday night, Mitch Trubisky makes his debut in one of the NFL's fiercest feuds.

Struggling to connect with Pittsburgh's receivers, Trubisky, chosen as the starter in training camp over rookie quarterback-in-waiting Kenny Pickens, may look to take some deep shots downfield when the Steelers (1-1) visit a Browns team still reeling from an epic collapse in their home opener on Sunday.

The idea was for two of the most reliable American teams to set the tone Thursday in the Presidents Cup, and the result was predictable.

Xander Schauffele and Patrick Cantlay made short work of Adam Scott and Hideki Matsuyama in the opening match. They didn't make a bogey in a 6-and-5 victory, improving their record to 5-0 in foursomes at the Presidents Cup and Ryder Cup.

Jordan Spieth and Justin Thomas, best friends since they were 14, had clutch shots to atone for their mistakes and held off Sungjae Im and Corey Conners, 2 and 1.

Another strong American team from top to bottom played at a high level on a hot day at Quail Hollow and walked off with a 4-1 lead after the first session.

Read the rest of the story here:

US builds 4-1 lead over Internationals in Presidents Cup

Khloe Kardashian revealed the newest addition to her family during the premiere of Season 2 of "The Kardashians."

The new mom of two showed the journey to the birth of her son, who arrived just months after her ex Tristan Thompson became involved in a paternity controversy with another woman. Kardashian's son, whom she shares with Thompson and was carried by a surrogate, was born at Cedars-Sinai Medical Center in Los Angeles on July 28.

Her sister, Kim Kardashian, who welcomed two of her own children with the help of a surrogate, joined a nervous Khloe on the day he was born, assuring Khloe, "you're never ready, but you're ready."

A federal appeals court is allowing the Justice Department to resume its use of classified records seized from Donald Trump’s Florida estate in its ongoing criminal investigation. The ruling Wednesday clears the way for investigators to continue scrutinizing the documents as they evaluate whether to bring criminal charges over the storage of top-secret government records at Mar-a-Lago. The appeals court note that Trump presented no evidence that he had declassified the records. Trump claimed in a Fox News Interview Wednesday that “If you’re the president of the United States, you can declassify" material just by saying “It’s declassified” and "even by thinking about it."

The White House is reaching out to local governments. It hosted officials from North Carolina on Thursday to highlight funding opportunities and hear firsthand how coronavirus relief, infrastructure dollars and other policies are faring in communities. A key message for the visit by North Carolina officials is the recovery in manufacturing. The event reflects new efforts to expand the use of the White House campus as pandemic restrictions have eased. But it’s also part of a larger effort to host municipal and county officials on a weekly basis from all 50 states. That outreach coincides with campaigning for November’s midterm elections as the White House tries to energize Democratic voters.

The Federal Reserve delivered its bluntest reckoning Wednesday of what it will take to finally tame painfully high inflation: Slower growth, higher unemployment and potentially a recession. Speaking at a news conference, Chair Jerome Powell acknowledged what many economists have been saying for months: That the Fed’s goal of engineering a “soft landing” — in which it would manage to slow growth enough to curb inflation but not so much as to trigger a recession — looks increasingly unlikely. “The chances of a soft landing,” Powell said, “are likely to diminish” as the Fed steadily raises borrowing costs to slow the worst inflation in four decades.

At UN, Russia's war in Ukraine is both text and subtext

After two years of discourse dominated by the coronavirus pandemic, the war in Ukraine has taken center stage at this year’s U.N. General Assembly. The pleas made by leaders from around the world for peace were both an altruistic amplification of besieged Ukrainians’ plight as well as born from self-interest. As several speeches made clear, the repercussions of the Russian invasion have been felt even thousands of miles away. The speeches that elided any direct reference to the conflict were few, but the war resounded in the absence of its direct invocation.

The wife of Supreme Court Justice Clarence Thomas, conservative activist Virginia Thomas, has agreed to participate in a voluntary interview with the House panel investigating the Jan. 6 insurrection. Attorney Mark Paoletta says Thomas is “eager to answer the committee’s questions to clear up any misconceptions about her work relating to the 2020 election.” The committee has sought an interview with Thomas to know more about her role in trying to help former President Donald Trump overturn his election defeat. She contacted lawmakers in Arizona and Wisconsin as part of that effort.

'Art of the steal': Trump accused of vast fraud in NY suit

New York’s attorney general has sued former President Donald Trump and his company, alleging business fraud involving some of their most prized assets, including properties in Manhattan, Chicago and Washington, D.C. Attorney General Letitia James’ lawsuit was filed Wednesday in state court in New York. It is the culmination of the Democrat’s three-year civil investigation of Trump and the Trump Organization. Three of Trump’s adult children, Donald Jr., Ivanka and Eric Trump, were also named as defendants, along with two longtime company executives, Allen Weisselberg and Jeffrey McConney. Alina Habba, an attorney for Trump, said the lawsuit is “neither focused on the facts nor the law.”

Puerto Rico struggles to reach areas cut off by Fiona

Hurricane Fiona left dozens of families stranded across Puerto Rico after smashing roads and bridges, with authorities still struggling to reach people four days after the storm smacked the U.S. territory, causing historic flooding. For now, government officials are working with religious groups, nonprofits and others braving landslides, thick mud and broken asphalt by foot to provide food, water and medicine for people in need, but they are under pressure to clear a path so vehicles can enter isolated areas soon. At least six municipalities have areas cut off by the storm.

Conspiracy theorist Alex Jones took the stand Thursday at his trial in Connecticut to try to limit the damages he must pay for calling the Sandy Hook school shooting a hoax. Jones acknowledged he had promoted lie that the 2012 shooting was a hoax, but angrily refused to keep apologizing for that. The trial in Waterbury is to decide damages for an FBI agent who responded to the school and the families of eight children and adults who died who sued Jones for defamation. Victims' relatives have given emotional testimony during the trial's first six days about being traumatized by people who say the shooting was fake.

At least 9 killed as Iran protests spread over woman's death

Clashes between Iranian security forces and protesters angry over the death of a 22-year-old woman in police custody have killed at least nine people since the violence erupted over the weekend. That's according to a tally on Thursday by The Associated Press, based on statements from Iran's state-run and semiofficial media. Widespread outages of Instagram and WhatsApp, which protesters use to share information about the government’s rolling crackdown on dissent, have continued. Authorities also appear to be disrupting internet access to the outside world. The demonstrations in Iran began as an emotional outpouring over the death last week of Mahsa Amini, a young woman held by the country’s morality police for allegedly violating its strictly enforced dress code.

An earthquake with a preliminary magnitude of 6.8 has caused buildings to sway in Mexico’s capital and left at least one person dead. The earthquake struck early Thursday, just three days after a 7.6-magnitude earthquake shook western and central Mexico, killing two people. The U.S. Geological Survey said Thursday’s earthquake, like Monday’s, was centered in the western state of Michoacan near the Pacific coast. Michoacan’s state government said the quake was felt throughout the state, but did not immediately report damage. Mexico City’s mayor said via Twitter there were no immediate reports of damage. Residents were huddled in streets as seismic alarms blared.

Aaron Judge disappointed fans by staying stuck at 60 homers but doubled twice and scored on Oswaldo Cabrera’s first-inning grand slam that started the New York Yankees to a 14-2 rout of the Pittsburgh Pirates. A day after hitting home run No. 60 to spark a stunning five-run, ninth-inning rally capped by Giancarlo Stanton’s game-ending slam, Judge doubled on the first pitch to him in the first and fifth innings. Judge leads the AL in average, home runs and RBIs, in position to become the first Triple Crown winner in a decade. Cabrera and Gleyber Torres had five RBIs each.

Roger Welsch, Nebraska’s most famous humorist and storyteller and a contributor to "CBS Sunday Morning," died Friday at his home near Dannebrog. He was 85.

Post Malone was due to take to the stage at the TD Garden in Boston on Saturday but pulled the plug after finding that he was "unable to move." Plus, Hilaria Baldwin gives birth to her seventh child, and more celeb news.

Coolio died Wednesday at the home of friend in Los Angeles. Here's what is known so far about his death, plus a look back at his life, in photos.

Rihanna to headline the next Super Bowl halftime show

Rihanna, who declined to perform in the 2019 Super Bowl halftime show out of solidarity with Colin Kaepernick, posted an image on Instagram of an arm holding up an NFL football.

Lincoln pianist Paul Barnes will premiere "The Way of Mountains and Desert," a piece written for him by Native flutist Ron Warren, in a Monday concert celebrating Warren's compositions.

The Try Guys part ways with Ned Fulmer, Hugh Jackman is back as Wolverine in 'Deadpool 3', and more trending news

The Try Guys are going to try being a trio, after allegations of Ned Fulmer's infidelity. Get that and more trending news here.

Benjiefest, a six-band fundraiser to aid guitarist Benjamin Kushner in his battle with cancer, is set for Sunday at the Zoo Bar and Bodega's Alley.

On The Beat: Tank and the Bangas, Nikki Lane and the best of Lincoln Calling 2022

Tank and the Bangas delivered the best show at Lincoln Calling 2022 while country artist Nikki Lane offered the best advice during the successful 19th version of the festival.

What to expect during Dolphins vs. Bengals, National Coffee Day 2022, and more trending topics

The Dolphins and Bengals meet tonight in Cincinnati, both coming off important wins. Get more on that and other trending news here.

Hocus Pocus 2: They're Back (Spot)

Collin Morikawa, left, and Cameron Young celebrate on the 15th green during their foursomes match at the Presidents Cup golf tournament at the Quail Hollow Club, Thursday, Sept. 22, 2022, in Charlotte, N.C. 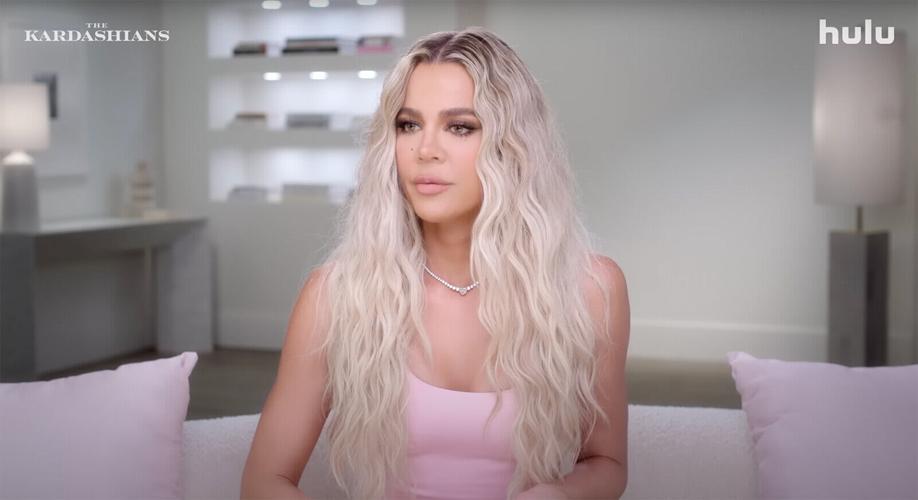 Khloe Kardashian introduces her son in 'The Kardashians' Season 2 premiere.