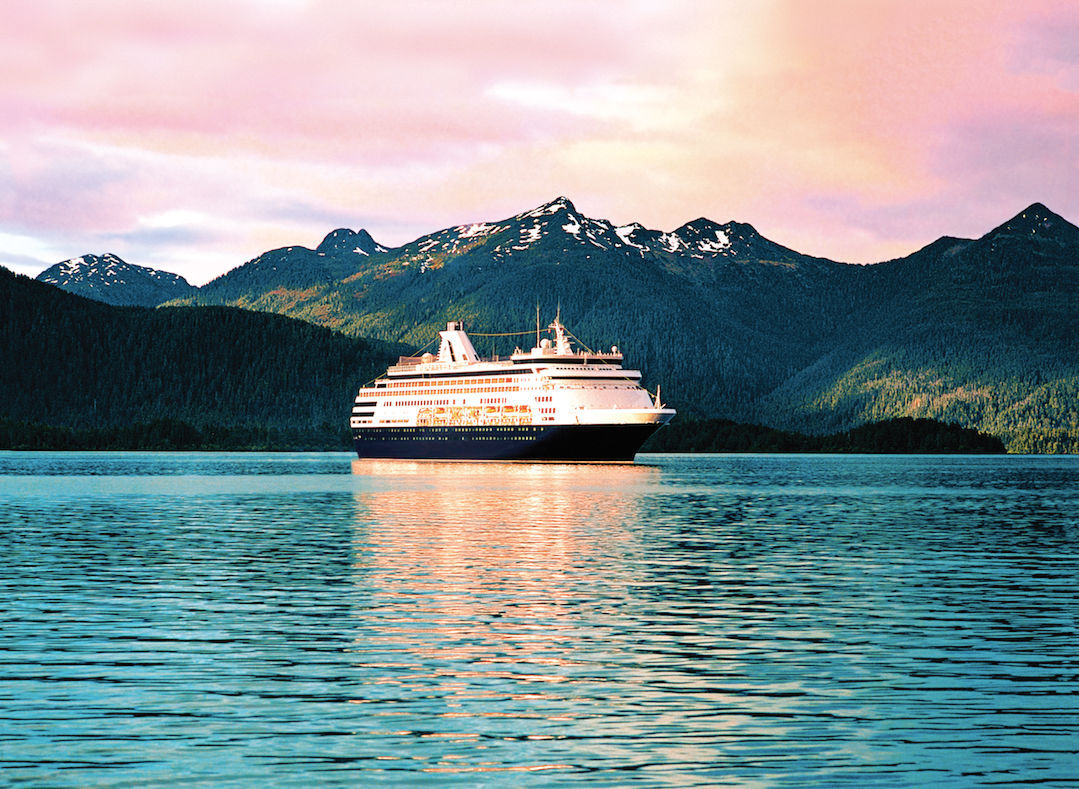 Cruising has already returned to Europe, causing at least one major COVID-19 outbreak. 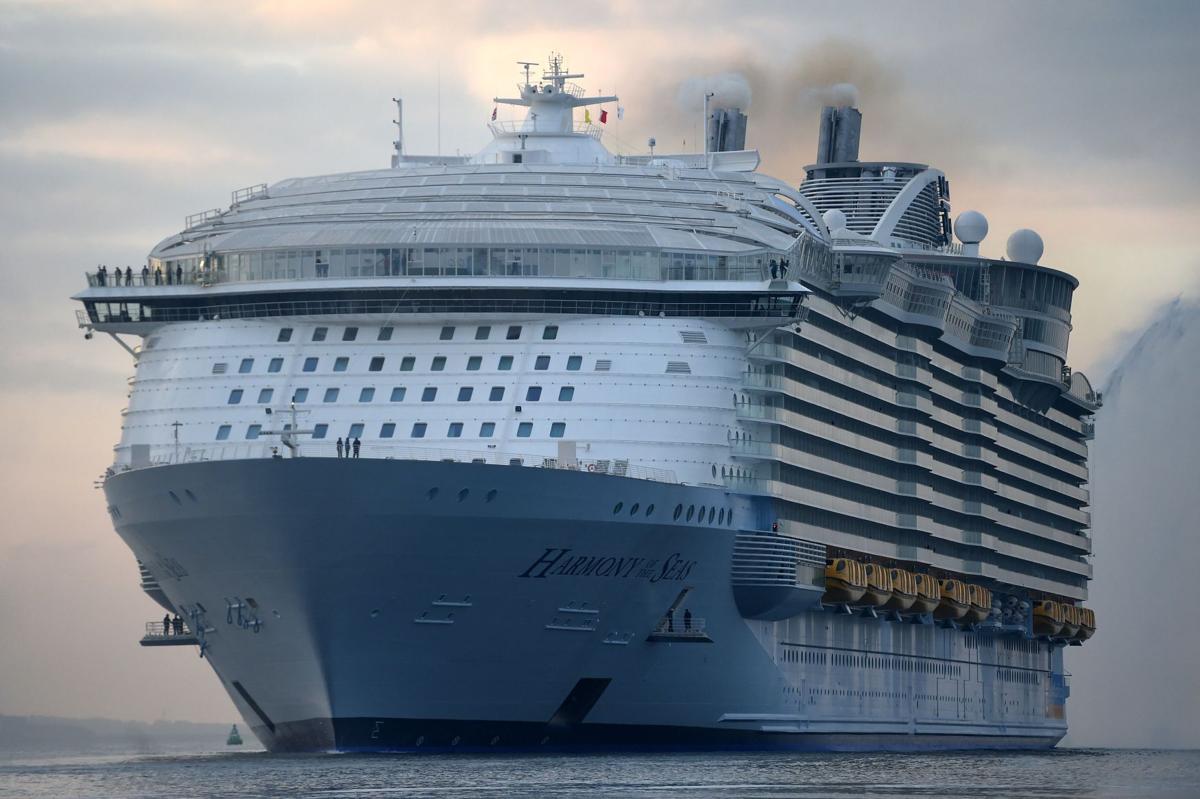 As many cruise lines have steered clear of U.S. waters because of COVID-19 restrictions, cruising has already returned to Europe, causing at least one major coronavirus outbreak.

MIAMI — After the cruise industry shut down in mid-March, dozens of ships could be spotted lingering off the Miami Beach coast or moving in and out of PortMiami each day.

More than five months later, as cruises remain canceled, it’s rare to see even one cruise ship floating off the coast. Many have left U.S. waters — and with that, the scrutiny of the country’s top healthy agency, the U.S. Centers for Disease Control and Prevention.

In early June, the CDC began publishing COVID-19 infection levels for cruise ships using a green, yellow and red grading system based on data the companies reported to the agency, a requirement for ships in U.S. waters and ships planning to enter U.S. waters. When the system debuted, 50 cruise ships were reporting illnesses to the agency. Now, two months later, just 32 are reporting.

Companies that have moved their ships out of U.S. waters say they’ve done so to more quickly repatriate crew members — thousands of whom still remain trapped on ships without pay waiting to go home — and to renovate ships in Europe. One company said it disagrees with the CDC’s protocols to limit the spread of COVID-19 at sea. Companies are not reporting data from ships that are outside U.S. waters.

Other companies’ decisions to pull their ships from U.S. waters leave the CDC without a complete picture of ongoing COVID-19 outbreaks on ships. Cruising has already returned to Europe, causing at least one major COVID-19 outbreak.

“CDC feels that it is still currently not safe to resume normal cruise ship operations at this time,” said the head of the CDC’s maritime division Dr. Martin Cetron in an interview with the Herald last week. “The pandemic has only increased in intensity and geographic distribution within countries and across the globe. The planning for how to cope for that is not complete at all.”

After the industry first shut down on March 13, cruise ships sought refuge in U.S. ports when other countries turned them away. Companies offloaded sick crew members and passengers, at least 38 of whom died from COVID-19 in Florida, according to a Miami Herald investigation, and repatriated thousands. At PortMiami, the ships docked for free after Miami-Dade Mayor Carlos Gimenez waived berthing fees to support the industry during the pandemic. When they weren’t in port, the ships often anchored just past the invisible line three miles off Miami’s coast where it is legal to discharge waste into the ocean.

Amid COVID-19 outbreaks among crew on dozens of ships in April, the CDC issued an interim guidance to the industry that all crew members should remain in single-occupancy cabins as much as possible to prevent the spread of the virus. In June, the CDC’s grading system required red ships to follow strict measures to limit the spread of illness — put crew in single-occupancy cabins, close all crew bars, gyms, or other group settings, and instruct crew members to remain in cabins as much as possible during non-working hours. Yellow and green ships can relax some of those requirements.

The largest cruise company in the world, Carnival Corporation, pulled its ships from U.S. waters before the CDC’s public grading system took effect. Among the smallest with just one ship, Virgin Voyages, pulled out of U.S. waters after the first few weeks of reporting showed a positive case of COVID-19 on board. Disney Cruise Line went from three ships in U.S. waters in June to two in August, and Norwegian Cruise Line Holdings went from 20 ships to just three. Royal Caribbean Group, MSC Cruises,and Bahamas Paradise Cruise Line have kept about the same number of ships in and around U.S. waters since June; they number 22, four, and one.

As of August 18, one of the 32 reporting ships are marked as “red” by the CDC, meaning they have COVID-19 or COVID-like illness on board, have not quarantined recently arrived crew, or have missed a weekly health report to the agency. Ships designated as red must use private transportation to repatriate crew, while green ships can use commercial flights.

Carnival Corp.’s Chief Maritime Officer Bill Burke told a Miami federal judge in late July that the company pulled its ships out of U.S. waters in order to more quickly repatriate crew by sea and because the company disagreed with the CDC’s requirement that non-working crew stay in their cabins as much as possible.

“We were being asked by CDC to implement some measures that would essentially require people, when they weren’t working, to be stuck in their cabins essentially full-time,” he said. “ … We didn’t think their rules were what we wanted, were the best for our crew. And so as a result, I think we’ve been able to do well by our crew, been pretty aggressive about getting them home, been pretty successful about getting them home, and although we have had a few mental health problems, we haven’t had nearly as many as might be expected.”

A spokesperson for Disney Cruise Line said the company moved a ship to France for repairs and has plans to do the same with other ships while cruises are canceled. A spokesperson for Virgin Voyages said its ship the Scarlet Lady is in Italy for design updates, including a new air filtration system.

“Virgin Voyages is committed to continuing to work closely with the CDC for the safe return to sailing,” said spokesperson Michelle Estevam in an email.

Norwegian Cruise Line Holdings did not respond to a request for comment.

While ships outside of U.S. waters are no longer reporting illnesses to the agency, Cetron, head of the CDC’s maritime team, said the agency is working with its counterparts in other countries to get a more complete picture of illness levels on board.

“I wouldn’t’ characterize it as a total blind spot,” he said. “We absolutely wish there was widespread cooperation and transparency about the experiences during the suspended period in which we have to learn so much to combat the challenge of COVID in the maritime environment. It’s in everyone’s interest.”

Cetron said the data the cruise companies are reporting to the agency is helpful, but it is far from complete. Until companies are regularly testing all crew on board, the actual infection levels will not be known since as many as half of infections can be asymptomatic.

“It’s not a complete picture, we know that,” he said. “Absent a vigorous routine surveillance program you’re not going to see the burden of this disease.”

Lincoln drone company gets more than $1 million in grants

Drone Amplified, which uses drones to help fight wildfires, received more than $983,000 from the National Science Foundation and a $100,000 matching grant from the Nebraska Department of Economic Development.

Liv Red, the seven-story project near 10th and M streets, is scheduled to open in August 2022.

A spokesman for the company said it is looking at other potential opportunities to continue to have a role in the servicing of federal student loans.

The rates for Nebraska and Lincoln were both at their lowest levels since February. The number of jobs statewide in September was more than 10,000 higher than in August, the largest gain for the month since 1976.

"The name of the game is whether we can attract 18-to-34 year-olds," Bryan Slone says. He said Gov. Pete Ricketts' decision not to issue "a stay in place order" was "a very smart move."

MetalQuest Unlimited was honored as the state's Small Manufacturer of the Year.

Work is starting on one of the largest apartment projects in the city in the past decade, and this development on part of what used to be Yankee Hill Country Club will take about two years to build.

How to set up a good homeschool environment

What you should know as retirement approaches

What you should know as retirement approaches

Watch Out For These Credit Card Scams

Watch Out For These Credit Card Scams

Cruising has already returned to Europe, causing at least one major COVID-19 outbreak.

As many cruise lines have steered clear of U.S. waters because of COVID-19 restrictions, cruising has already returned to Europe, causing at least one major coronavirus outbreak.