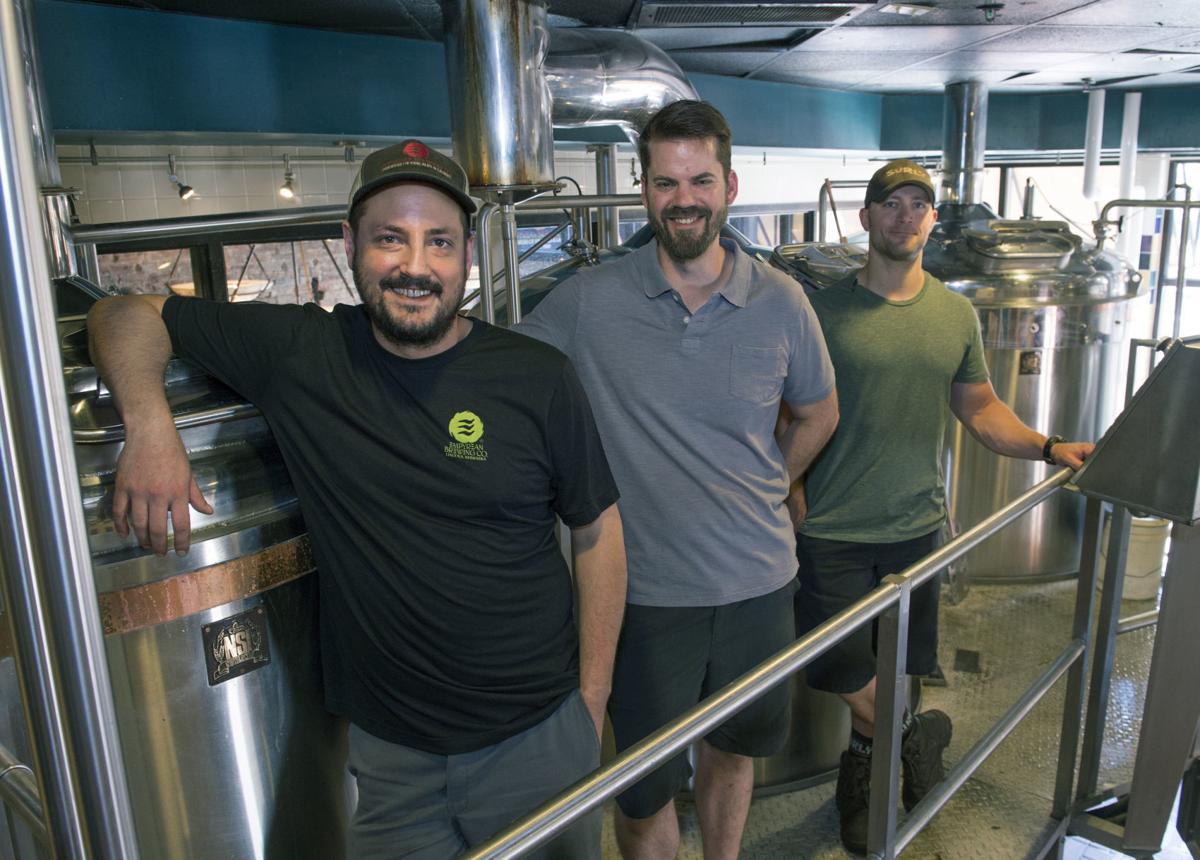 Tim Binderup (from left), operations manager Jim Engelbart and Josh Vapenik, all of Empyrean Brewing Co., teamed up with their counterparts at Code Beer Company to produce a Wee Heavy Scotch ale last November. Now Empyrean has a Zookeeper IPA as part of a different collaboration with the Lincoln Children's Zoo. 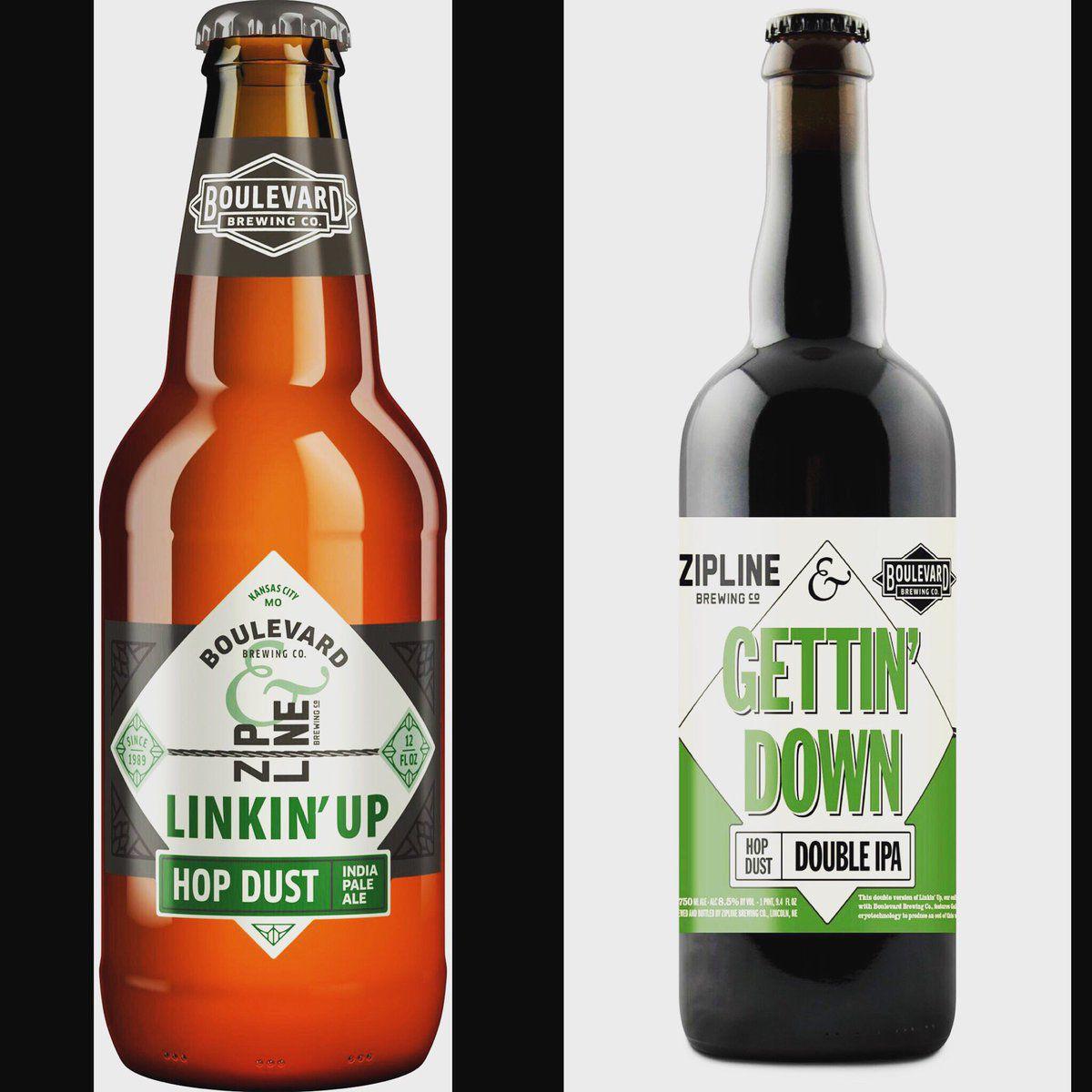 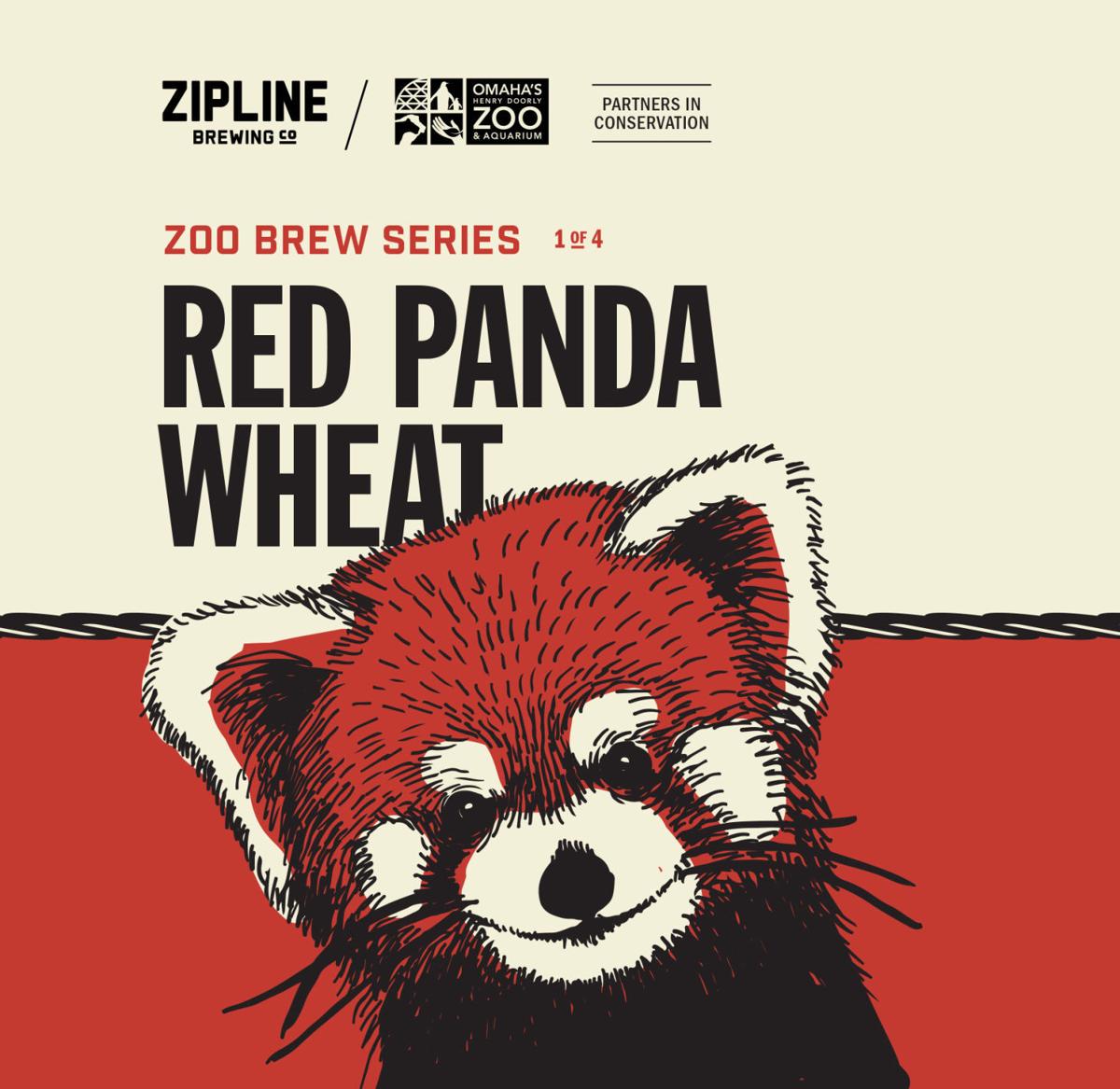 Red Panda Wheat will be the first beer introduced as part of the Zoo Brew Series, a collaboration between Zipline Brewing Co. and Henry Doorly Zoo and Aquarium.

The "We Believe" Session IPA was named after the "I believe that we will win" chant that American Outlaws members sing at soccer games.

“The American Outlaws are all about uniting U.S. soccer fans throughout the community, and what better way to do that than with beer — and with a local brewery that shares the same goal?” Justin Brunken, AO vice president and co-founder, said in a news release.

The collaboration between White Elm and the American Outlaws is one of several recently involving local breweries.

While soccer and beer go hand in hand, it's a little harder to envision beer and the zoo.

But two Lincoln breweries have recently partnered with the Lincoln and Omaha zoos to brew limited-edition beers.

Empyrean Brewing Co., which is the state's oldest craft brewery, last month announced it had created a special beer in collaboration with the Lincoln Children's Zoo.

The limited edition Zookeeper IPA went on sale a couple of weeks ago and will help the zoo raise funds for its $20 million expansion that's currently underway. Empyrean is making a donation from all sales, and Super Saver and Russ's Markets are matching donations.

Zipline's Zoo Brew Series is four beers, each named after a threatened species. The first one, Red Panda Wheat, will be introduced next month.

The other beers in the series will benefit African elephants, rockhopper penguins and snow leopards. Proceeds from sales of the limited-edition beers will go to conservation efforts for each animal.

That resulted in each brewery brewing a beer with lupulin powder, also known as hop dust.

The beers — Boulevard's Linkin' Up and Zipline's Gettin' Down — debuted last month.

The White Elm-American Outlaws collaboration also took about a year, as the brewery reached out to the soccer supporters group in Summer 2017 about the possibility of brewing an American Outlaws-themed beer.

"For us, it’s usually about having fun and learning something new," he said.

In the case of the Boulevard collaboration, Zipline went to Kansas City a couple of times to get some pointers from the Boulevard staff, and, "They were amazing and we learned a great deal about process from one of the Midwest’s most reputable and beloved breweries," Wilmoth said.

"They came up here for a session too, which I think was fun for them — we’re obviously a lot more analog, and I think they enjoyed connecting with our brewers," he said.

Wilmoth said collaborations usually don't produce a lot of extra revenue, but they can be a good marketing tool.

"Generally, you don’t see a premium charged for the beers simply because they are collaborations," he said, "So that alone does not usually mean more money. But, again, people tend to like the idea that their favorite breweries can find common ground and play together to create something fun. So they normally will sell well."

The zoo collaboration, on the other hand, was more about getting the message out about endangered species.

"Beer has a special way of opening up conversations that might not otherwise occur," he said. "That’s a big part of our mission and the Zoo was a great partner with important concerns."

Jim Engelbart, operations manager at Empyrean, said collaborations are fun, and they can raise awareness and bring groups together no matter what the purpose.

"We do collaborations as brewers because they are fun," he said. "It is an added benefit that the craft beer fan thinks they are as cool as we do, and when two locals get together it only helps cement both deeper into the fabric of the communities in which we operate."

Last November, Empyrean did a collaboration with another local brewer, Code Beer Co. and produced a Wee Heavy Scotch ale that was well received by customers of both businesses.

"We’re due to hook back up with Code in fourth quarter to brew a beer on their system this time — no decision yet on what we’ll brew," Engelbart said.

He said he expects collaborations to continue in earnest, both from Empyrean and other local brewers.

"There will be much more of this crazy brewing cooperation to come," he said. "We’ve only just begun."

Lincoln breweries to check out

Zipline Brewing is teaming up with Boulevard Brewing to release two beers made with hop dust.

Sam Riggins started brewing beer at home about a dozen years ago, before starting work as a professional brewer for Nebraska Brewing Company i…

Cody Schmick said he sees a fair number of Lincoln residents visiting his brewery in Broken Bow and his taproom in Grand Island.

Blazing a trail in the beer industry

Gabby Ayala has been all over the state, growing up in the Sandhills, going to high school in Neligh, college in Hastings and then settling down in Lincoln. It was while she was in college that she got her first exposure to craft beer.

Lincoln police are looking for the culprit behind an estimated $10,000 in loss and damage to a downtown brewery Wednesday night.

Setting out to rank all barbecue in Nebraska — starting with Lincoln

Jake Van Lent and his buddies swear they have no inherent bias — that they've never worked in barbecue before.

Glacial Till expanding as it goes all in on cider

Glacial Till Vineyard & Winery is on its way to becoming Nebraska's largest winery, but most of that growth isn't coming from wine.

A taproom featuring 24 rotating local and international craft brews on tap and high-end spirits is coming to southeast Lincoln in September, a…

Several Nebraska breweries, including a Lincoln one, honored at beer championship

A Lincoln craft brewery was among several from Nebraska that won medals at the 2018 U.S. Open Beer Championship.

Zipline Brewing Co. has announced another beer collaboration with an out-of-state brewer.

Tim Binderup (from left), operations manager Jim Engelbart and Josh Vapenik, all of Empyrean Brewing Co., teamed up with their counterparts at Code Beer Company to produce a Wee Heavy Scotch ale last November. Now Empyrean has a Zookeeper IPA as part of a different collaboration with the Lincoln Children's Zoo.

Red Panda Wheat will be the first beer introduced as part of the Zoo Brew Series, a collaboration between Zipline Brewing Co. and Henry Doorly Zoo and Aquarium.